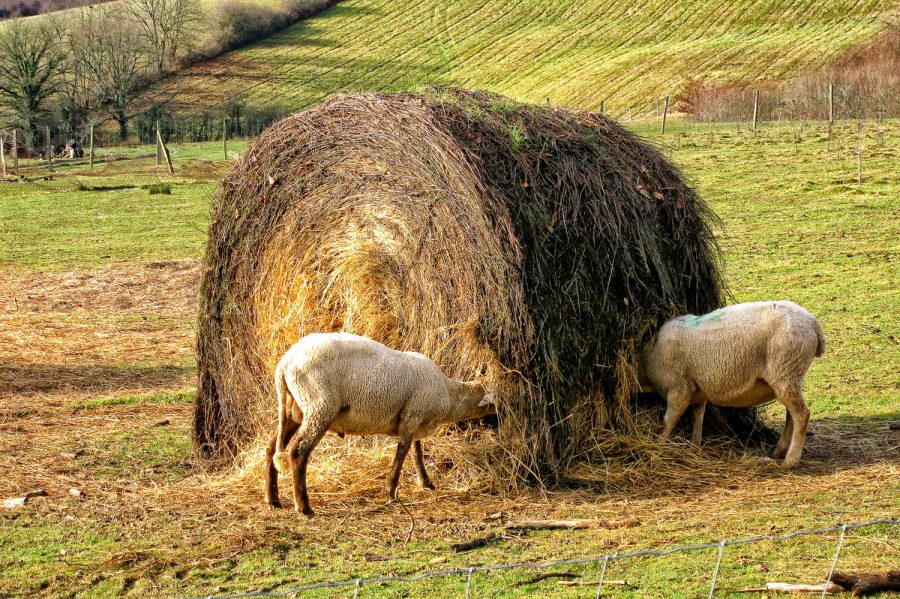 Last Sunday while driving country roads though the bucolic landscape of the Gers, I didn’t see another car for miles, I only passed a couple of sheep enjoying their breakfast. I was on my way to the hilltop village of Sos for lunch, a stone’s throw over the border into the department of the Lot-et-Garonne, as part of my Fortified Gascony Tour. 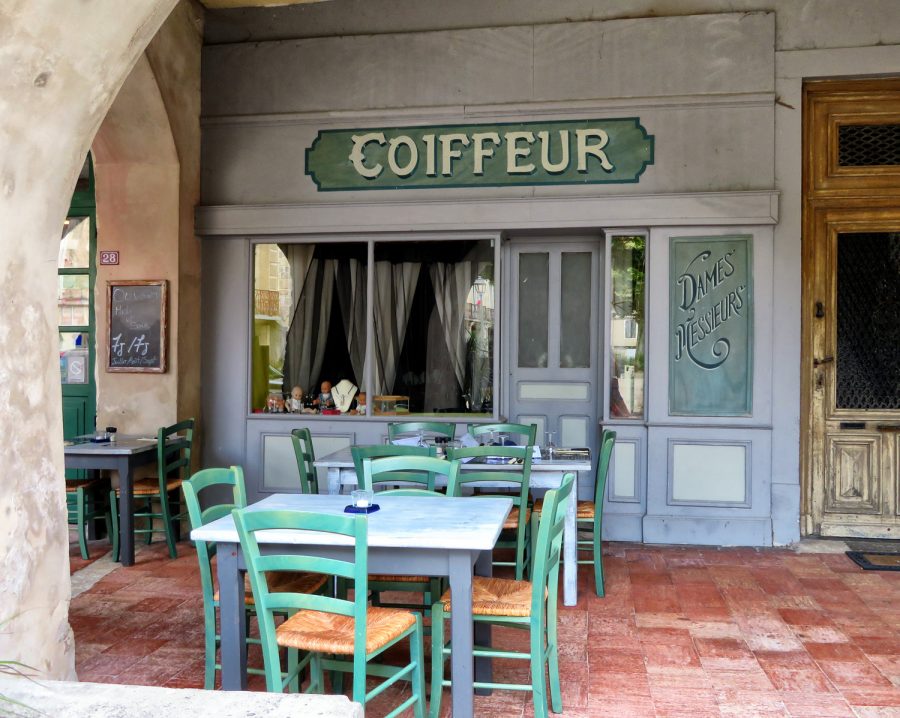 Sos was originally a Celtic oppidum, fortified village, ransacked by the Romans in 56 B.C. The Sociates were the last people in Julius Caesar’s Gaul to resist the Roman invasion.Later there was a castle around which the village developed, but it was destroyed by Louis XIII in the early 17th century. King Henri IV is rumored to have slept there, but there doesn’t seem to be a place in this region in which he didn’t sleep, and rarely alone. By the late1800s Sos rose from the ashes again with the prosperous cultivation and exploitation of pine tree resin, not only used not only in the treatment of coughs, gonorrhea, rheumatism, smallpox, ulcers and syphilis, but also for making turpentine and glue. During WWII Sos became a battleground between resisters and collaborators. The village seemed deserted at noon as I drove down a small street that emptied into the square where the original castle must have been, as I parked my van. 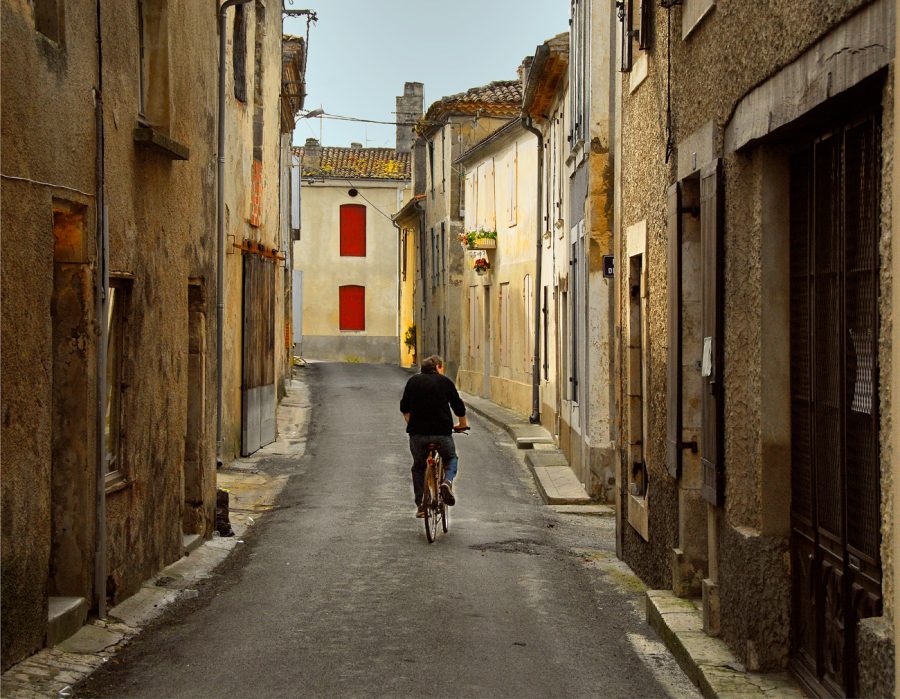 In France everything stops from 12 to 2 for lunch.We remarked that we felt like we were the only people alive that day, collectively realizing that most  of the other tourists had left to go back home, world travelers and French alike. The restaurant was just opening. I’d heard the food was very good and decided to give it a try. 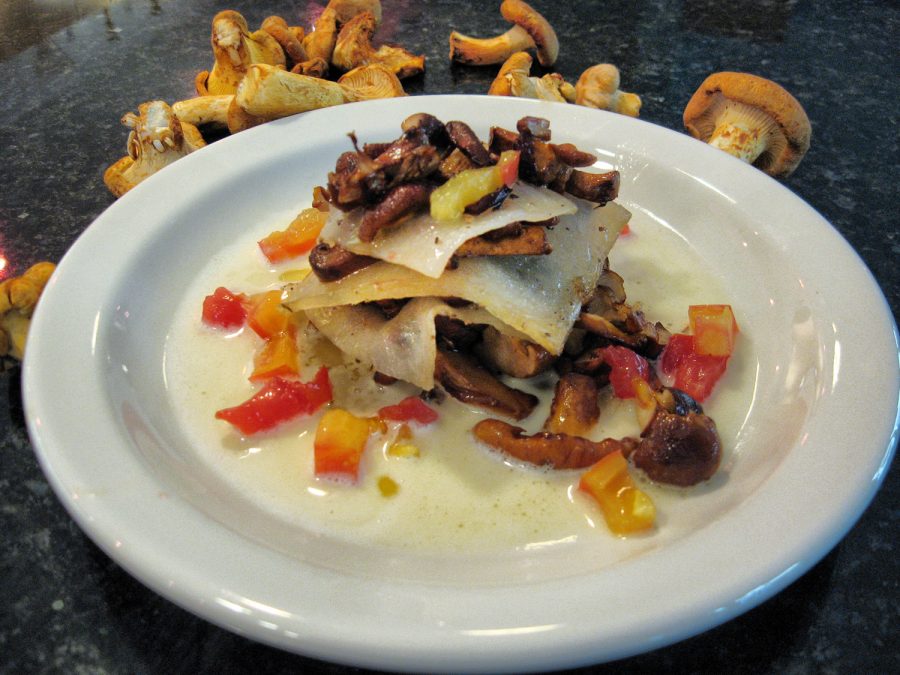 Everything tastes better when you slow down and savor the experience of sharing a meal. Our conversation over a three hour lunch ran the gamut: a bit Babette’s Feast meets My Dinner With André. We decided that there’s no such thing as God’s honest truth, that one’s cherished beliefs are in the end no more than beliefs one cherishes, that communication across differences is essential, and that conversation often shines light on assumptions that shape how we see ourselves and others. We marveled that we were alive together at that very moment, more or less experiencing the same lifetime now, sharing a meal in the middle of Nowheresville, France, each of us from different corners of the United States, England and Australia, and how our lives were made richer for this.  “If this isn’t one of the ways life becomes sweeter, what is?” 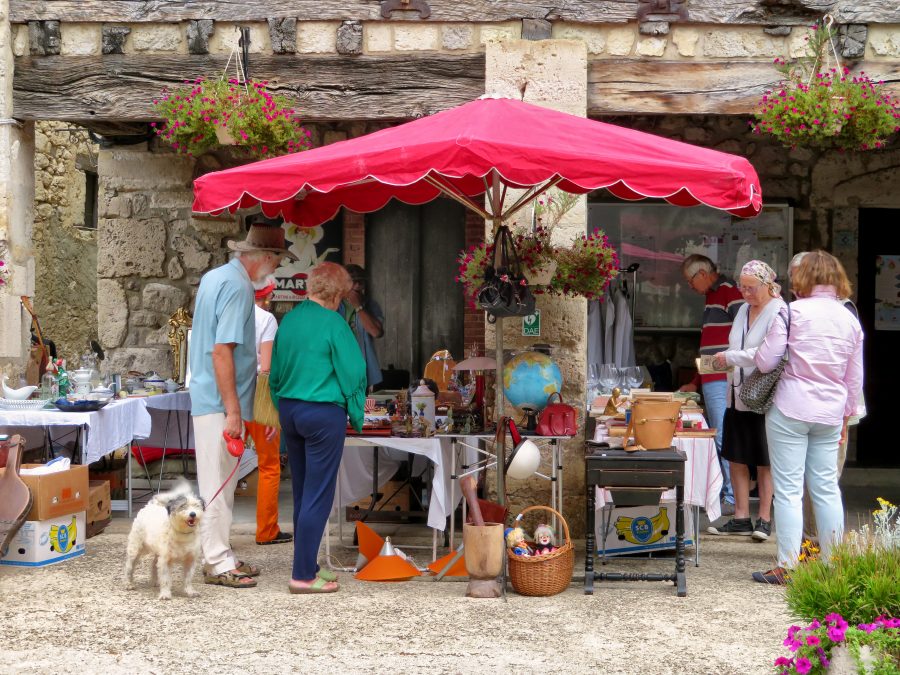 By now it was mid-afternoon. I decided to stop at a vide-grenier, flea market, in the village of Fourcès, on my way back to my clients hotel for a late afternoon of rest and relaxation. A palpable air of conviviality welcomed us. The display of colors, sounds, shapes, and flow into which we were so briefly immersed was apparent in the presence of so many happy strangers strolling through the village and bartering with the merchants selling their treasures. 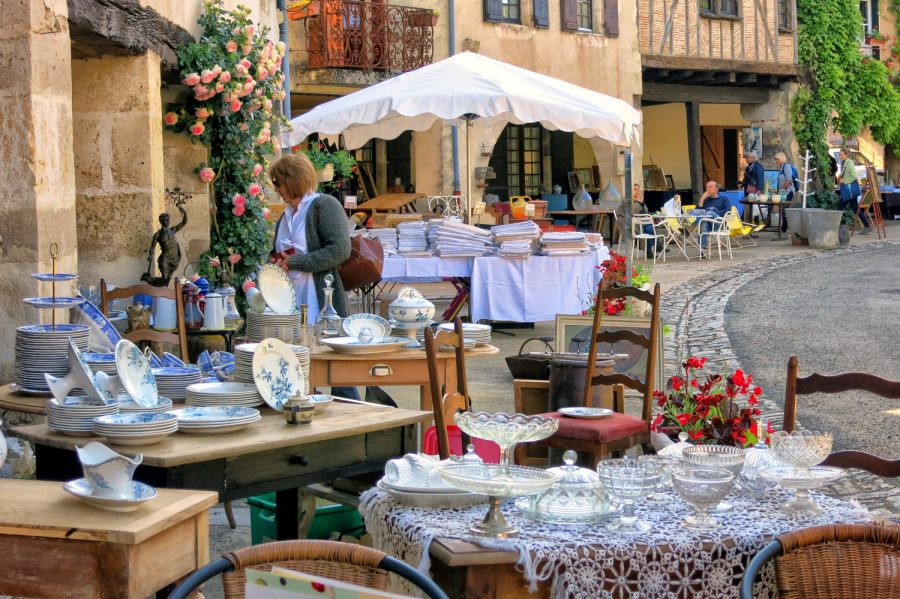 Kurt Vonnegut once observed, “We are not members of different generations, as unlike, as some people would have us believe…We are all so close to each other in time that we should think of ourselves as brothers and sisters.” No matter who we are or what we do, our lives are nothing more than a flash of lightening in a summer storm, a momentary pause amidst the lifetime of the galaxies.