In 1994 I was working for a large interdisciplinary travel group. It was my first time in Italy and I was responsible for leading approximately eighteen painters from Montecatini Terme to the little hill town of Montecatini Alto for our daily painting sessions. 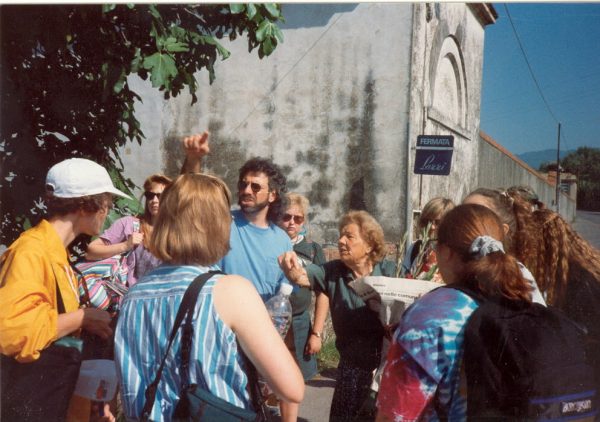 It’s 1994, and I’m the guy with the long black hair and beard asking directions in my worst broken Italian

Early in our three-week stay I was conducting an informal critique with my students when a blonde woman of about sixty stopped to admire our work. She tried striking up a conversation. From what I could gather she was telling us about her house in the village. “Molto antico,” she said. I also thought that she wanted to show it to us – all eighteen of us, and that she would be waiting in the piazza. I did not think much more about it and went back to painting. 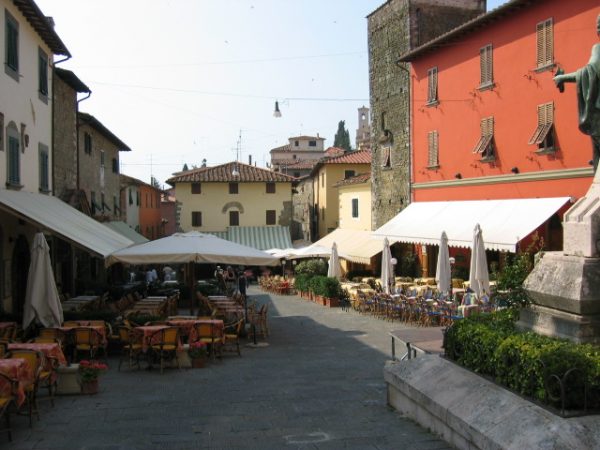 The charming Piazza Giusti with Ristorante La Torre on the right

On our way to the bus stop in the late afternoon we passed through Piazza Giusti, the tiny heart of Montecatini Alto. I have been in many piazze over the years, but it is still hard for me to imagine a more perfect one than this. As we entered, there she was, waving to us from a table outside Ristorante La Torre. Claudia Maccioni rushed over and took my arm. She led us down Via Ser Naddo to an ochre colored house. 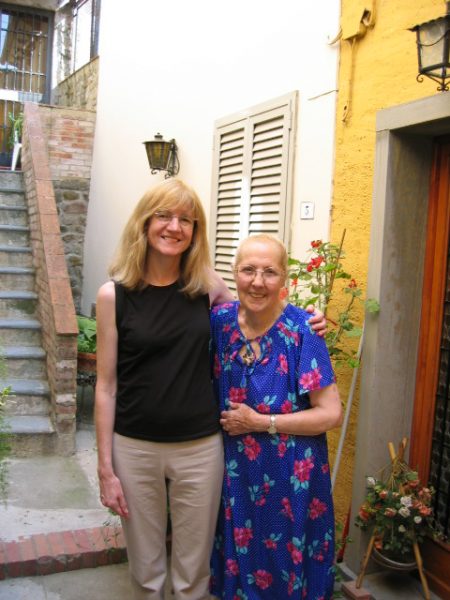 Barbara with Claudia in front of her house – possibly in 2007 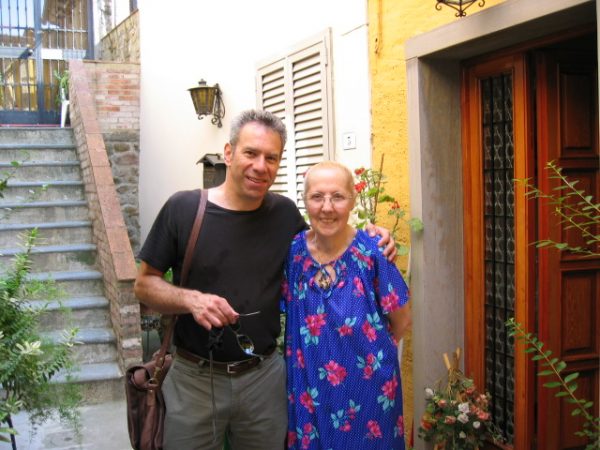 She pointed to the patches of ancient stones that were intentionally left exposed when the colorful exterior stucco was applied. I am sure her explanation was very interesting, but we understood little of it. We entered the immaculately clean, but dimly lit interior; older furniture, walls hung with small paintings and photos of relatives. My first impression was that it was a somber and gloomy place. Then Claudia threw open the shutters and suddenly the room, really the whole house was transformed with light. The view from the open window literally made our entire group gasp. 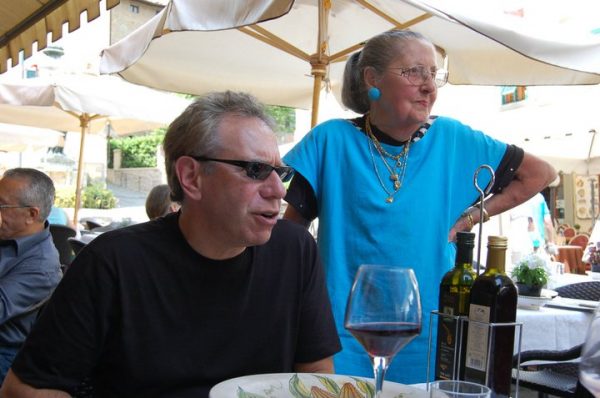 Matthew and Claudia in 2011

In the following days I spent more time with Claudia and came to find out she had recently lost her husband, Leo, and had been battling cancer herself. I also found that language is not the greatest barrier; that affection needs no translation. My wife, Barbara, had been exploring on her own, but began meeting me in Montecatini Alto in the late afternoon. As we grew closer, Claudia begged us to stay at her house for the rest of our trip. I explained as best I could that we could not accept her kind offer, but we continued to spend a portion of almost every day with her. When it came time to leave Italy, Claudia cried. We exchanged addresses and I gave her a little painting that I inscribed to her. She gave me a polo shirt that belonged to Leo. 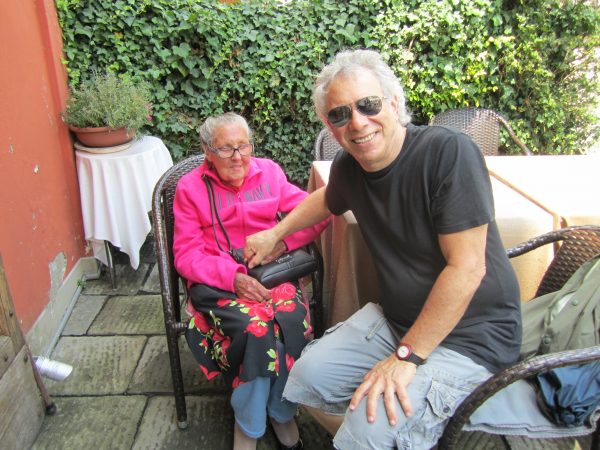 Matthew and Claudia in 2015 – Our last visit

We have returned to Montecatini many times over the years, often detouring from our real itinerary just to have even a short visit with Nostra Mamma Italiana. We have watched our friend grow frail and extremely hard of hearing. It is sobering to think that I was in my early forties when we met and Claudia was about the age I am now. A few months ago we received an email from one of Claudia’s nephews. It was not news we wanted to hear, but knew it was inevitable. 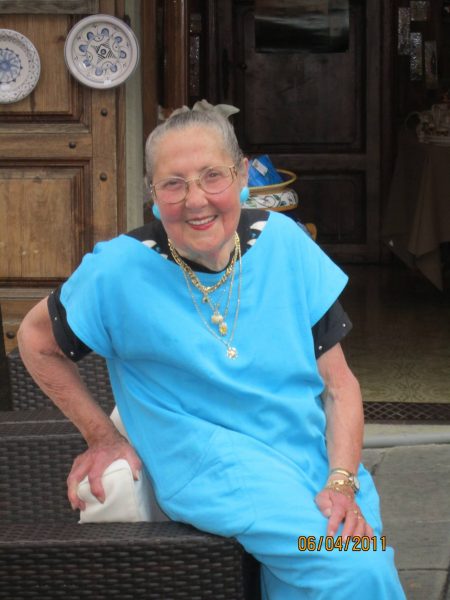 Goodbye dear friend: Our love to you always!

In June we will take our Arts Sojourn group to Montecatini Alto. We will sit at an outdoor table at Ristorante La Torre, which is owned by Claudia’s nephews. I will raise a glass to our friend Claudia, even though no one but Barbara will know who she was, and be thankful for an almost twenty-five year friendship that bridged thousand of miles.