On our cruises through the central Brittany countryside we generally cruise for half a day and then do an excursion with our minibus for the other half. We visit a variety of places, museums, churches and villages but one of the big favourites with guests is the incredibly picturesque little village of Rochefort en Terre. Just a 20 minute drive from Malestroit this village perches on a rocky outcrop. It controlled a north-south route between the Atlantic seabord and the lands of the former Duchy of Brittany. The power of the feudal lords on whom a large part of the economic activity depended is evident in the rich carvings on the 16th and 17th century buildings. 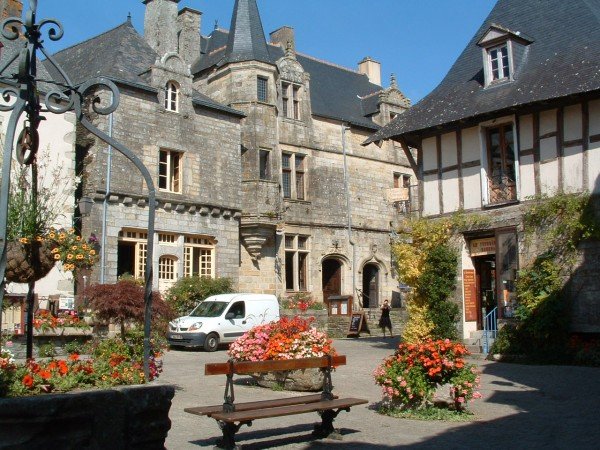 The church which was founded in 1125 has also attracted pilgrims over the centuries. It’s name is Notre Dame de Tronchaye (Our lady of the tree trunk) after a wooden carving found in a tree trunk where it was hidden from a Norman invasion in the 10th century. A visit inside is quite unsettling as it was built on a hillside and they obviously had trouble keeping things vertical. The old graveyard in front also caused problems as the weight of the earth was pushing the church downhill. 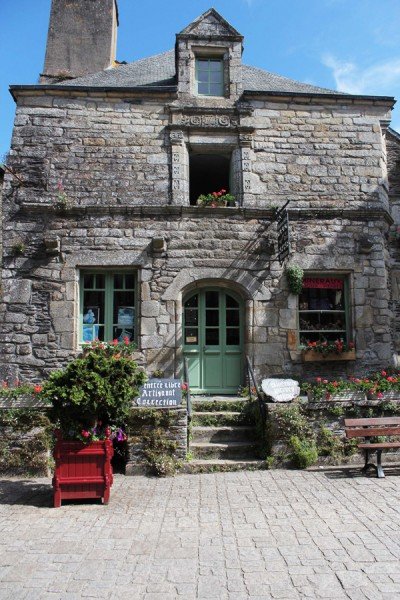 Nowadays apart from the architecture Rochefort is famous for it’s flower displays. WIth only 700 inhabitants to bear the cost , they use the car parking fees to buy flowers! This is one fee I don’t mind paying. In fact they won the inter-village competion for the best flower display so many times that they were politely asked not to enter again to give someone else a chance! The village is justly listed as one of ‘Les Plus beau villages de France” (The most beautiful villages of France) 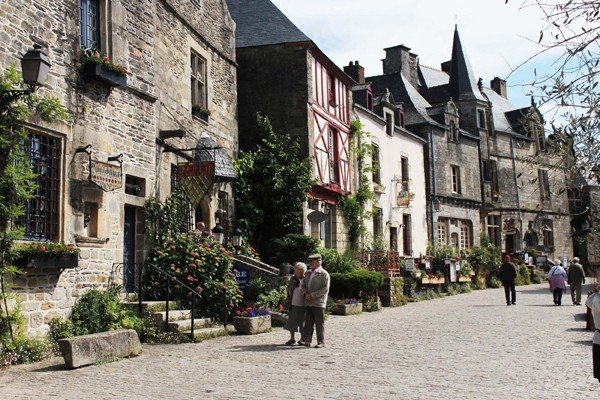 There was once a huge chateau at the rear of the village but it was demolished in the revolution. You can still see the ramparts and some the original front face of the chateau. The grounds are now owned by the American artist Klots family who built a much smaller but still fairly grand house in the grounds. 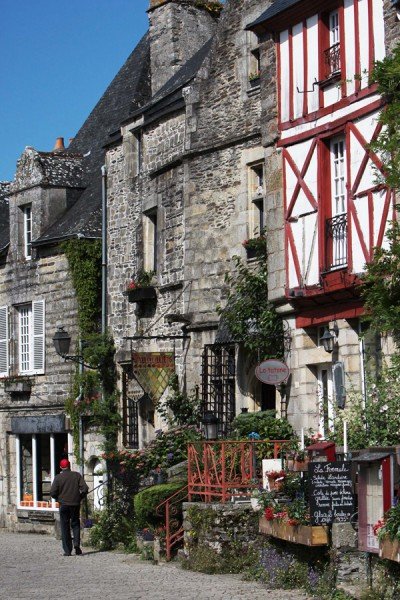 Add some smart shops, some very good restaurants indeed and a lovely antiques emporium and you have a recipe for a great visit. No wonder the Rough Guide says that this is a must visit if you are in Brittany.[boilerplate IanSlade]