We often spent our family holidays in Puglia. We were attracted by its hospitality, beautiful coast, sea, food and great weather.

The peninsula of Puglia is surrounded by Adriatic Sea and Ionic Sea. The longest region of Italy and a coast extending for more than 800 Km! 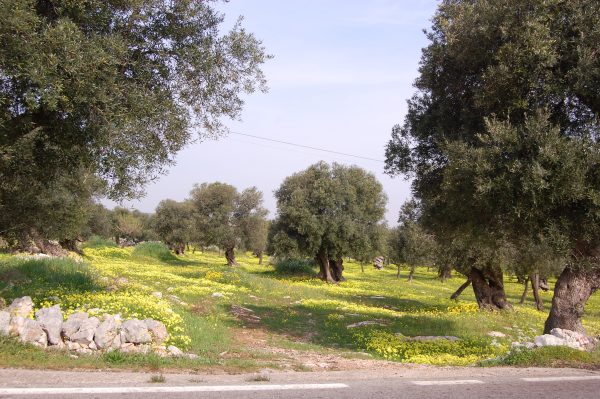 Along the coast rocky stretches – such as Gargano, one of the most touristic part – alternate to cliffs in Salento and also sandy coast like along the Gulf of Taranto.
One of the best regions of Italy where to go if you like to swim, sail or just sun bathing on the beach.

By traveling throughout Puglia we discovered its unknown sides and figured out that this region is not only for beaches lovers. The internal part is so beautiful that it is impossible to describe it: magnificent olive trees, some of them dating back up to 1000 years ago! 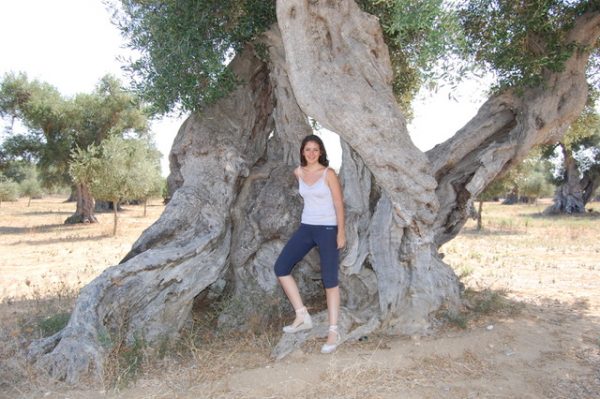 Landscapes are a mixture of sharp contrast of colors: pale green given by olive trees, reddish soil, “dry walls” entirely white – “muretti a secco” – a  symbol of Salento’s and Itria valley, built up centuries and centuries ago for dividing properties. So unique that these walls are real masterpieces that became candidates for Unesco heritage. 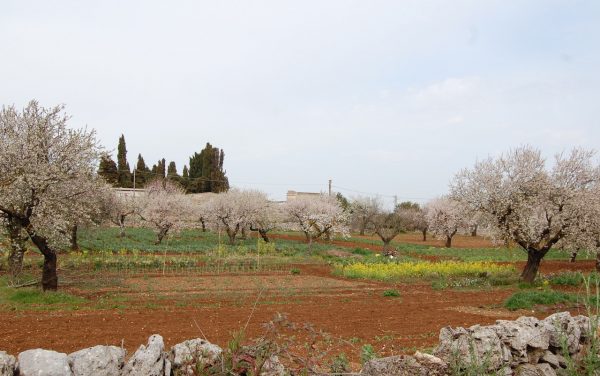 Besides the beauty of the region, Puglia is the heart of the Mediterranean cuisine and the biggest producer of extra virgin olive oil.


Bari is the capital of Puglia, a beautiful city on the Adriatic sea.

The antique part of the city, known as “Bari Vecchia” is famous for the  majestic Basilica devoted to San Nicola, patron of Bari. San Nicola is venerated also by Orthodox Church and other minor confessions. 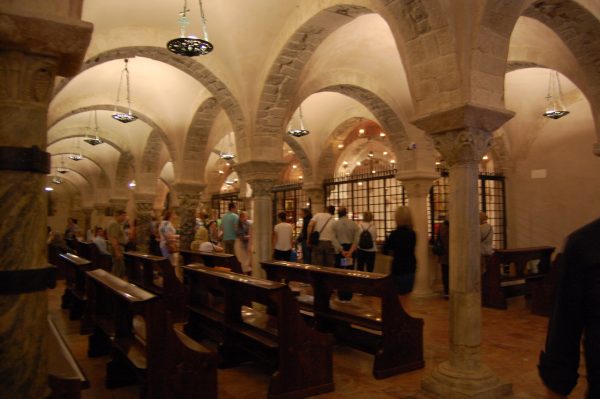 Another attraction in Bari Vecchia are the local mamas making orecchiette and other pasta shapes in the streets under the delighted eyes of travelers. Grandmother, mother and daughter work together with antique and fast movements, creating one of the most famous pastas in the world. Simply amazing! 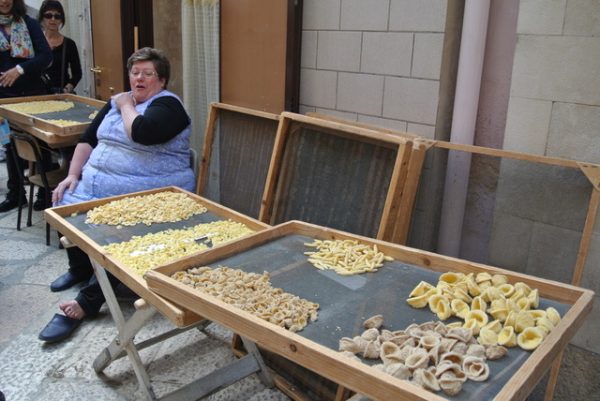 However, our favorite memory is the fish market sitting by the entrance of Bari Vecchia. 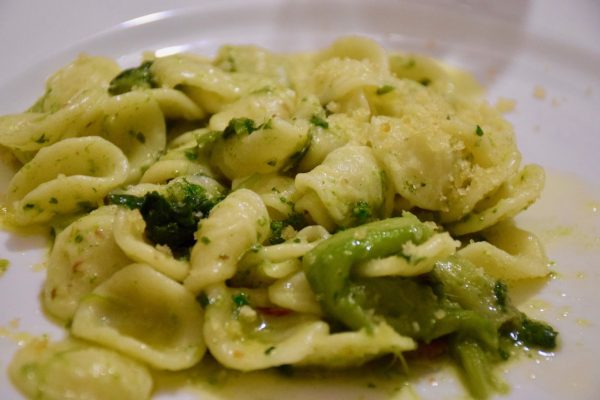 A walk in the fish market is the best way to meet local people. Their dialect is impossible to be understood by any other Italian but Apulians. You will be able to see fishermen tirelessly beating octopuses on the rocks to make it more tender or shaking them in the water inside plastic bowls. That’s  an incredible show. 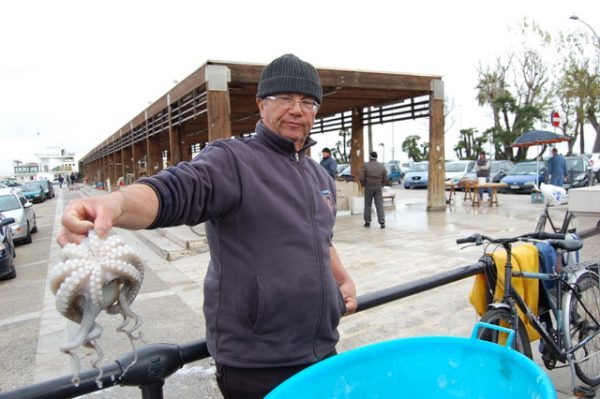 Fishermen offer fresh fish and seafood, but also raw fish ready to be eaten. Mussels, sea urchins, sea truffles, sea dates but also octopus, squid and several other kinds of sea food and fish are every day offered in each stand.  A fascinating tradition dating back to thousands of years ago. 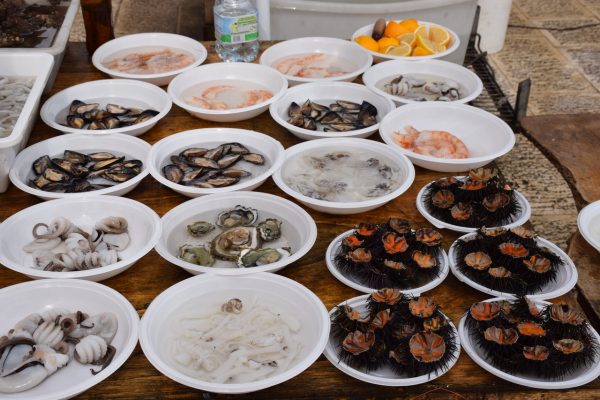 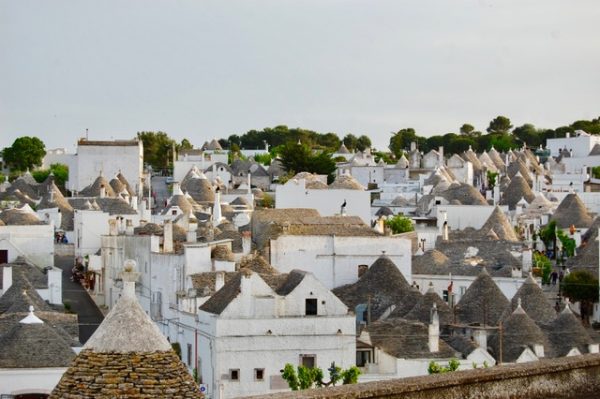 Trulli are old buildings that local farmers built as temporary shelters and warehouses or as dwellings. Typical conic roof of “trulli” characterize the town of Alberobello and the Valle d’Itria. They are spread out in the area of Valle d’Itria, punctuated by the characteristic cones that makes the landscape fairy-tale!

In Alberobello you will experience the highest concentration of “trulli”. 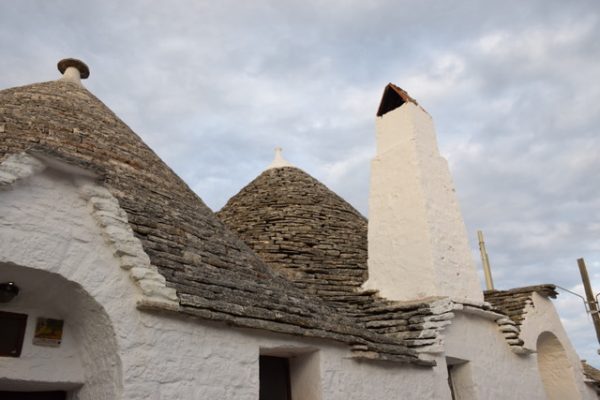 Trulli are masterpieces of rural art of construction: the basis and the cone shaped roofs are made with dry local stone sticked together without mortar.

Experienced hands assembled stone after stone, one over the other, in order to make a
solid building. “ Trullo” is also considered as the first example of modular buildings:
attached to the main “trullo”, if necessary, were added other smaller “trulli” connected to each other, adapting it to the needs  of the family.

The Valle d’Itria includes other beautiful, charming little towns, Locorotondo -its name is due to the circular layout of the village-, Martina Franca, considered the capital of Barocco Pugliese but also of the mouthwatering Capocollo, Cisternino -where you can eat the “bombette al  fornello” -skewer meat cooked directly by the butchers-, Noci famous for the production of the best mozzarella, burrata and stracciatella. This is one of the best areas of Puglia for the food. 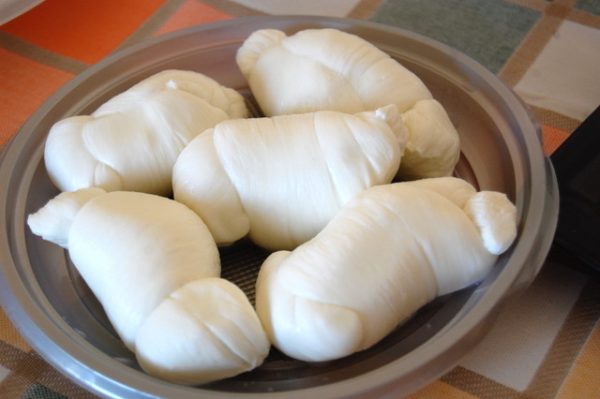 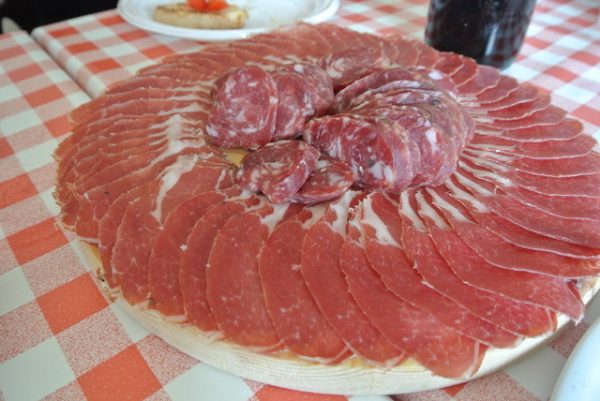 On the sea we love to visit  Polignano where Domenico Modugno, the author of the song “Volare” was born, where the restaurants offer amazing fish and seafood dishes sometimes with a breathtaking view. 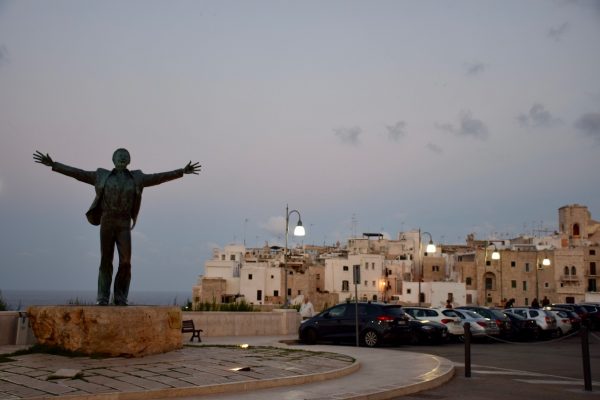 Matera, another unique city, another UNESCO site, located in Basilicata region, is so close to Puglia that is definitely a must see during a tour in Puglia. 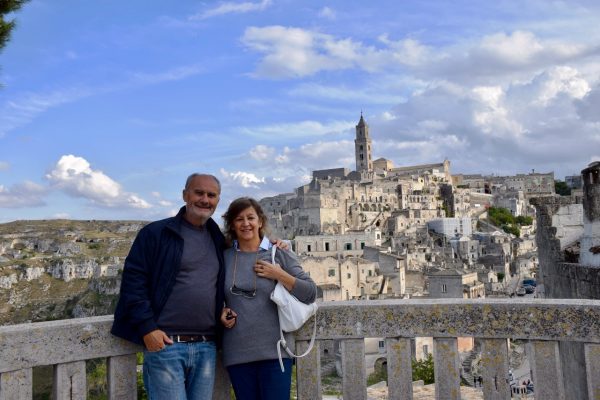 Matera, Awarded European Capital of Culture 2019 is called “la città dei Sassi” because the dwellings were excavated directly in the calcareous rocks. It seems to be the first human settlement in Italy.

Because of its unicity Matera was set of several movies, one for all: Mel Gibson’s “The Passion of the Christ”.

On the way to Lecce, Ostuni -la città bianca- appears on top of the hill with its white walls. 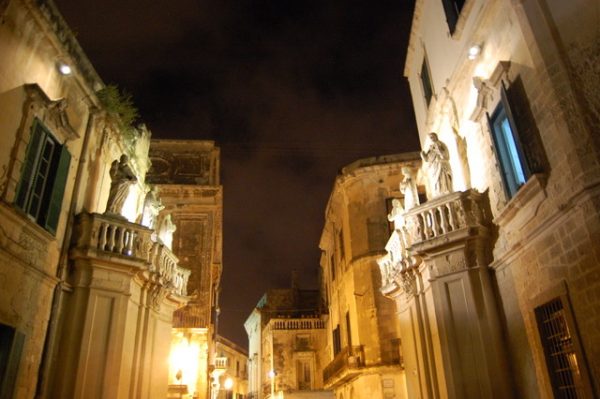 You cannot leave Puglia without visiting Lecce, a very lively town, full of energy, considered the “Florence of the South of Italy” with its Barocco churches and buildings, full of beautiful decorations. 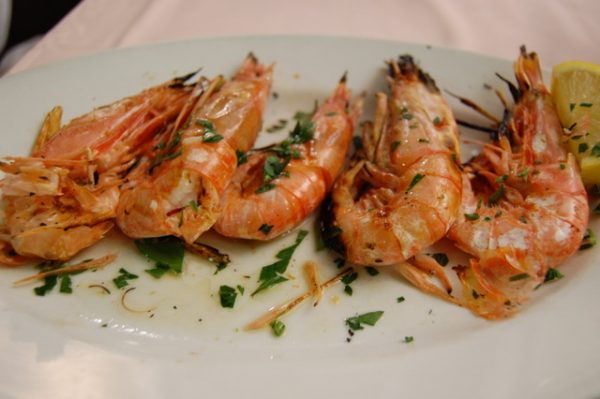 Walking in Lecce is pleasant, many artisan shops offer their creations like shoes, ceramics, clothes and other stuffs. 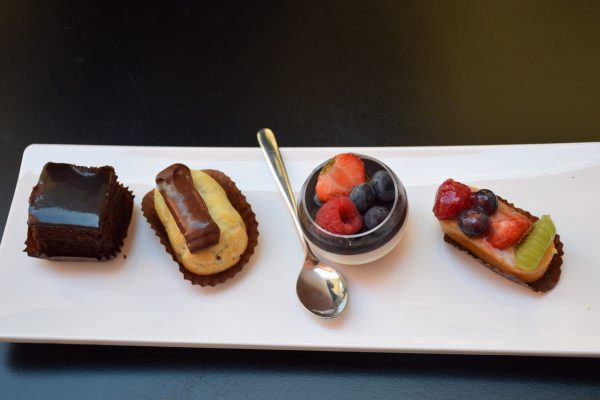 A tour in Puglia is a must do!