The Lascaux painted caves are world famous – the original, closed to the public on the 20th April 1963 due to over-visiting was needless to say, Lascaux 1. Lascaux 2 is the well known and loved facsimile opened on the 18th July 1983 – amazingly accurate especially when the fact that it was produced without the aid of computers and modern surveying techniques is ‘put in the frame’.

Lascaux 3 is perhaps less known – it is the travelling version of Lascaux which was launched in Bordeaux in 2012 where we saw it. It’s quite a feat to move it around since it takes up 12 shipping containers! Since then it has roamed the world, starting in Chicago and then on to Houston, Montreal, Brussels, Paris, Geneva, Tokyo, for example. In Shanghai this year, 2,300 visitors passed through this mobile exhibition space in one day! During May – September the exhibition will be in Johannesburg after which it will return to its base here in the Vezere Valley for some ‘tlc’ – some restoration and refinement of the art is necessary after 5 years. Then it will be back on the road again. 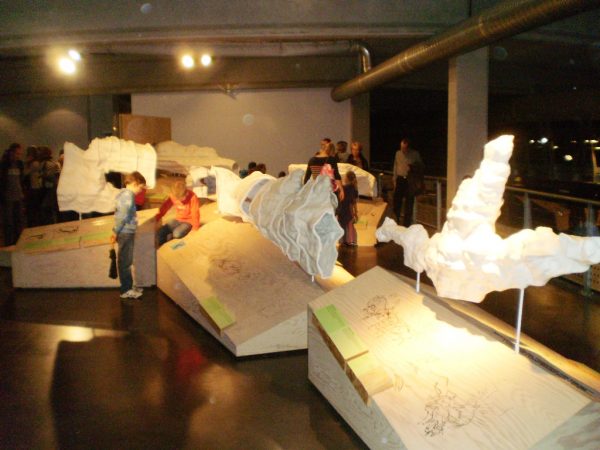 Lascaux 4 is already very well known too. It opened in December 2016 and by August 2017 has exceeded it’s visitor target of 400,000 a year! There is no doubting its popularity – the cave art is every bit as authentic and, of course, powerful computing and state-of-the-art surveying techniques were used in its creation. 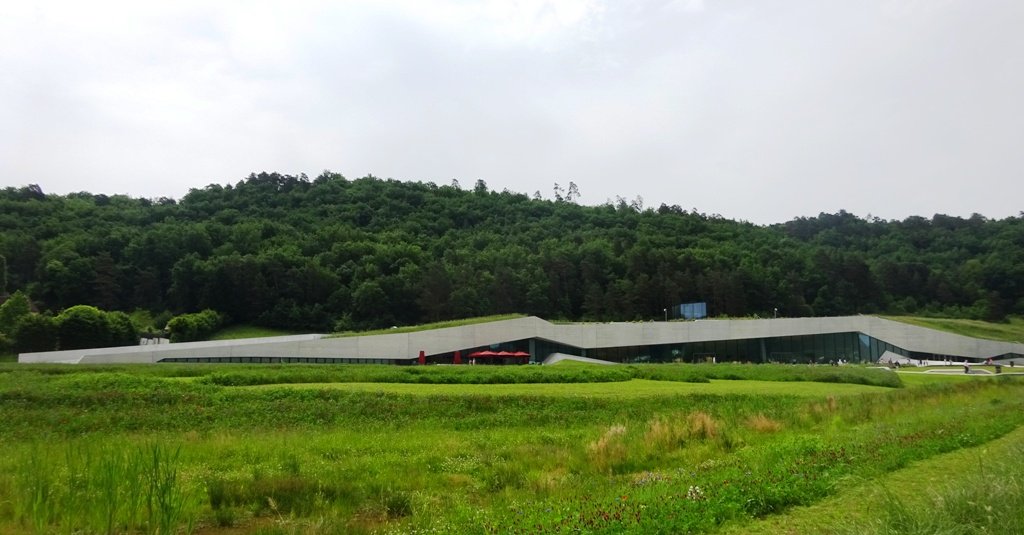 Then there is the cave we have dubbed ‘Lascaux 5’! It’s one of many caves in the Vezere Valley – some famous, some not – and it’s hard to fathom why this one was never either lived in or decorated in prehistoric times. It is a very ‘des res’ as caves go!

We were introduced to this very special cave by a kind neighbour who shared this local knowledge with us. To get there, we followed him along a track through woodland and up a small rise – then, ‘voila’ as the French would say, the well concealed cave came into view. One could easily pass it by. 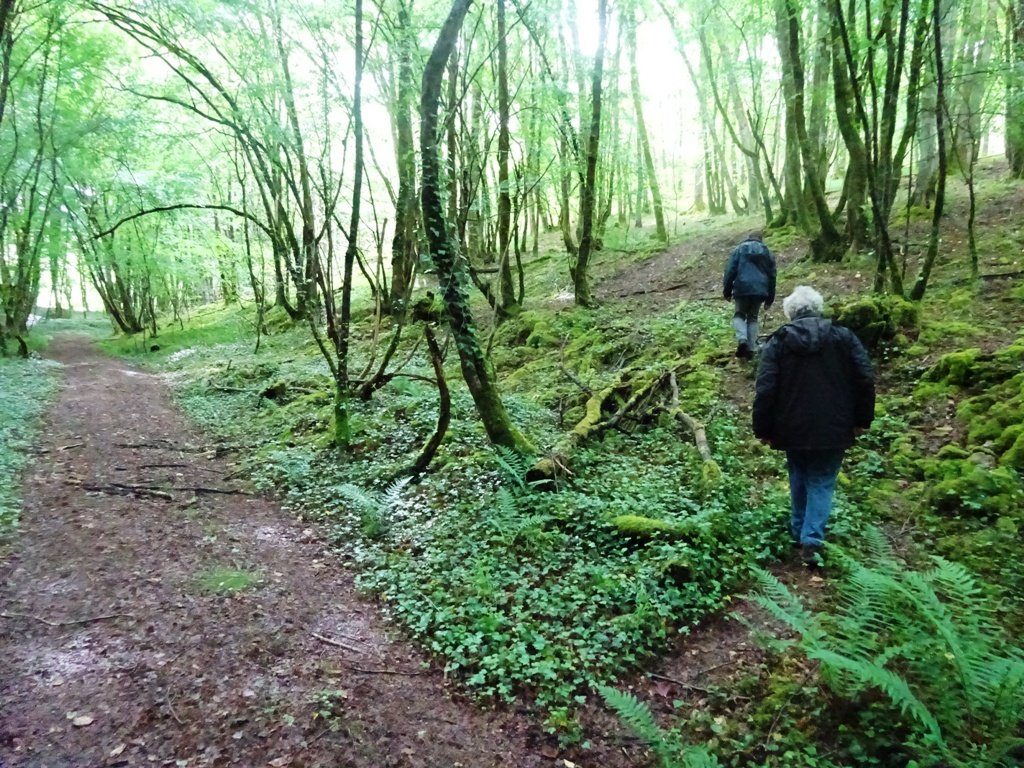 Inside we marvelled at the art – very much the style of Lascaux itself. If we’d just stumbled across this site ourselves, not knowing its history, would we know how old this art was? That’s very debatable. Dating of cave art is a huge topic in itself – perhaps for another blog – and the possibility of ‘fakery’ is very real.

This cave was actually produced in 1995! A natural cave, it was decorated to emulate Lascaux and it certainly succeeds in doing that. The famous ‘Lascaux bull’ had to be included, of course! 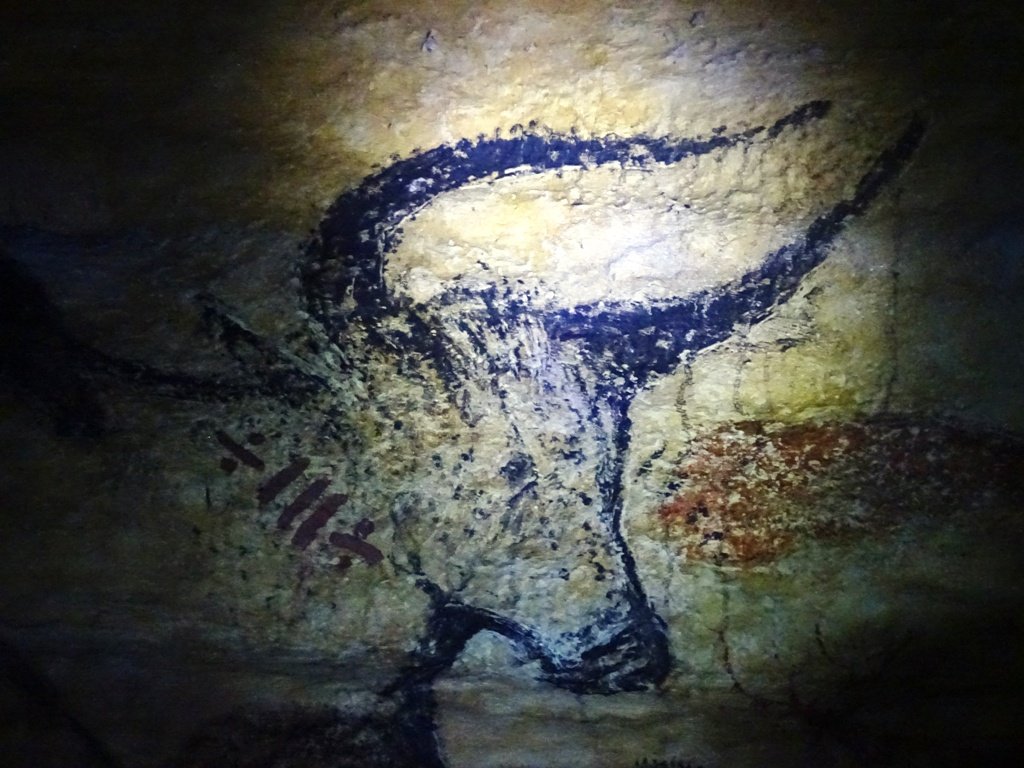 Why?, you may ask. It was for a film ‘Les Enfants de Lascaux’ – ‘The Children of Lascaux’. Not surprisingly, it is about 4 children who search for treasure under the hill of Lascaux – and find it. The rest, as they say, is history. The film is now hard to get hold of, but the story of the discovery of Lascaux is still told and retold and thanks to the facsimiles we can appreciate and share the wonder the children must have felt as they saw this awesome art for the first time in millennia.