Chevroches is the turnaround and embarkation point on our Auxerre to Chevroches canal cruise route, an unassuming yet pretty village with a fascinating history.

Behind the village is an ancient meander of the Yonne, a horseshoe shaped fossilised bend in the river dating from 160 million years ago, 3km in circumference and a protected geological site. 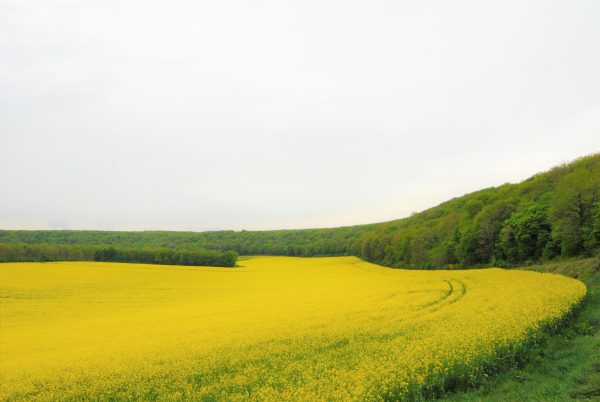 The ancient meander of the Yonne at Chervroches.

It is well known that this area has been inhabited for thousands of years, as testified by 28,000 year old the Palaeolithic cave paintings at nearby Arcy-sur-cure. 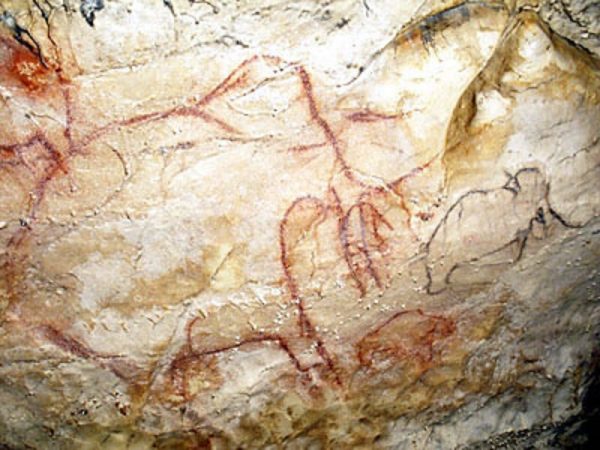 From the Neolithic era there is evidence of the ramparts of an ancient hill fort overlooking village and the Yonne river valley.

The Roman occupation lasted from the second quarter of the 1st century until the 5th century AD. Among many finds of this era is an astronomical bronze disc about 6.5cm in diameter, on which is inscribed Greek letters, the external line corresponds to the twelve Egyptian months, the median line to the signs of the zodiac and the inner line to the twelve Roman months. The Chevroches disc is a unique example in the Roman world of a calculating instrument which enables the determination of a celestial map. 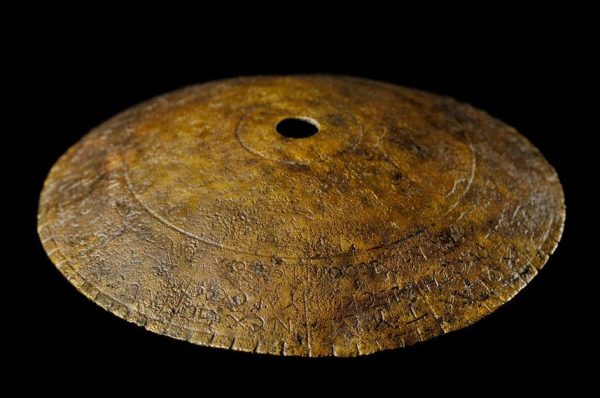 Exploited by quarry men since Gallo-Roman times and in a more sustained way from the 18th century. The “Chevroches stone” was sought after for its mechanical and plastic qualities, the five quarries are still visible and were worked until the 1950s. Between 1830 and 1840, the building of the Nivernais Canal gave a tremendous boost to the quarries of Chevroches. The Quay on the canal was constructed to load barges with stone, some of which was exported as faraway as London by barge and ship and used for pavements such was its strength and quality. 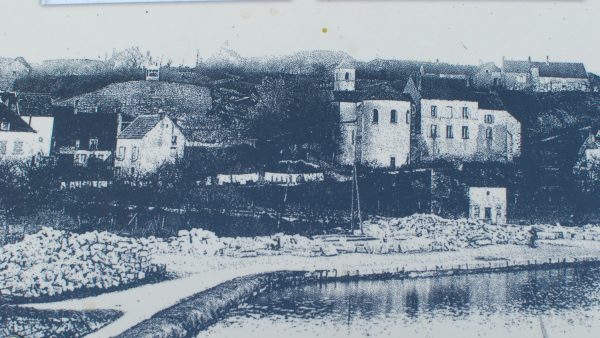 Stone waiting to be loaded at Chevroches Quay around 1865.

The little church is dedicated to Saint Amateur, an early bishop of Auxerre, and stands on the foundations of the first church built here in 849. 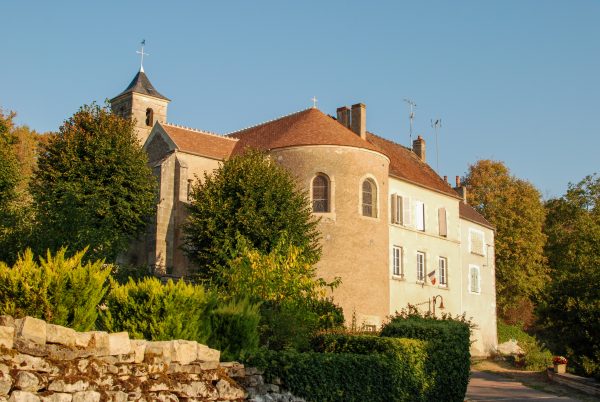 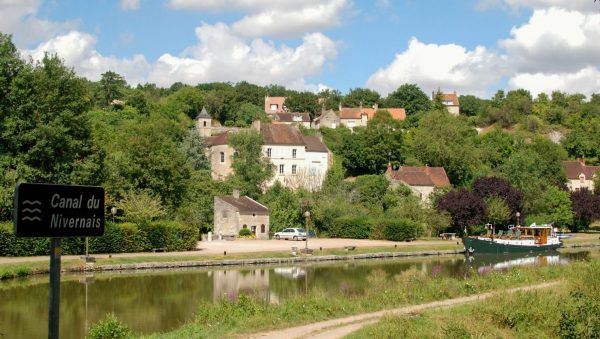 The Randle moored at Chevroches

We are now taking bookings for 2021 and look forward to welcoming our guests to this fascinating region of France. Find all our routes and options at www.edgecharter.com