It was Day 2 of my ‘Cheese, Grain & Wine’ tour, designed to follow the biennial Slow Food Cheese fair at Bra, Piedmont, last month. I’d planned to visit Davide Avanzini’s farm near Parma, where he makes parmigiano from the milk of his own herd of cows, and then to go to visit the affinatore. Parmesan is matured by specialists in enormous warehouses where thousands of cheeses inhabit three-storey high shelving, and robots lumber down the aisles turning them at regular intervals. It’s an impressive sight. 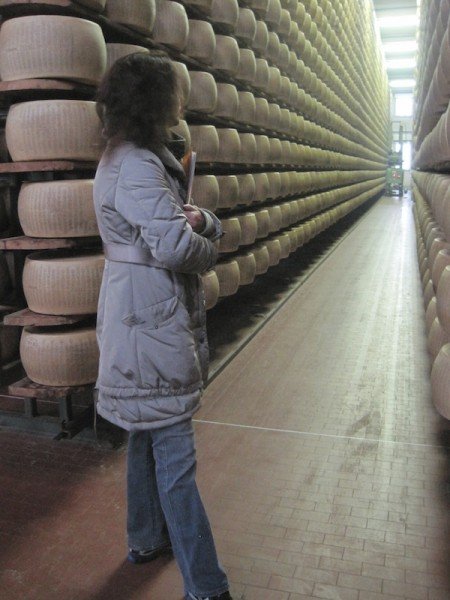 I learned from Davide just the week before that we couldn’t go because our visit would coincide with one of the three times a year when the parmigiano police arrive to check the one-year-old cheeses and determine whether they are of adequate quality to merit the DOP (Protected Denomination of Origin) and go on maturing for another year or two or even more. 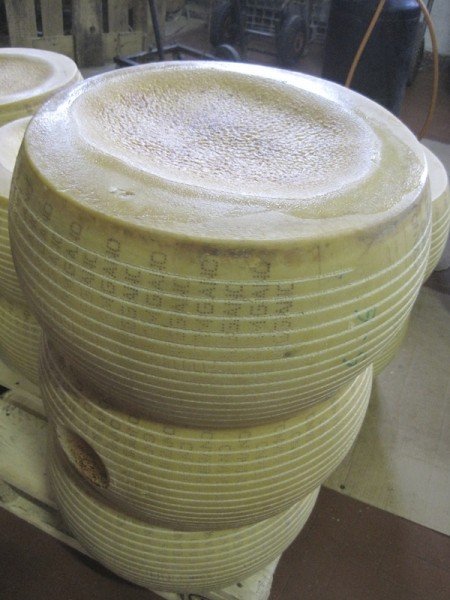 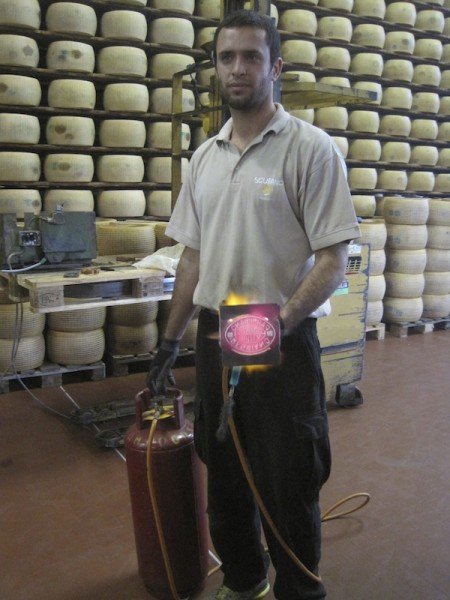 When I first started doing my tours eight years ago, I would have panicked, but by now I’m confident something interesting will turn up on the day, and this time it did in the figure of the Black Pig of Parma. 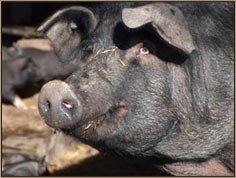 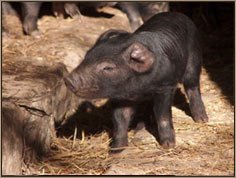 One of the great advantages of small group tours is the freedom you have to grab a last-minute golden opportunity. Davide drew a map on a paper bag, and we descended the short distance down the hill to visit the Rosa dell’Angelo farm, which is part of a project to save this old breed. It was overwhelmed by the northern European Large White pig in the course of the 20th century, preferred by farmers who favoured quantity over quality. In the mid-1990s a small group of pig breeders recognised the value of reviving the native pig, returning to free-range farming methods and producing salumi (cured meat) of excellence to delight the palates of gourmets. 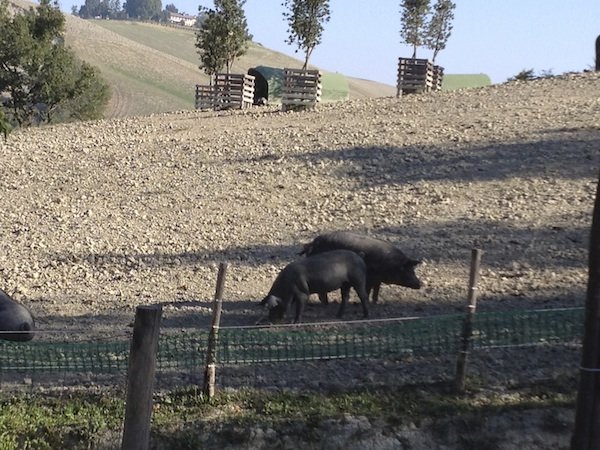 Black pig of Parma on the farm

Next stop the Prosciutto Bar, the curing workshop and restaurant of Rosa dell’Angelo farm. As you cross the threshold, the aroma of maturing prosciutti hits you before you even see the wall of hams. 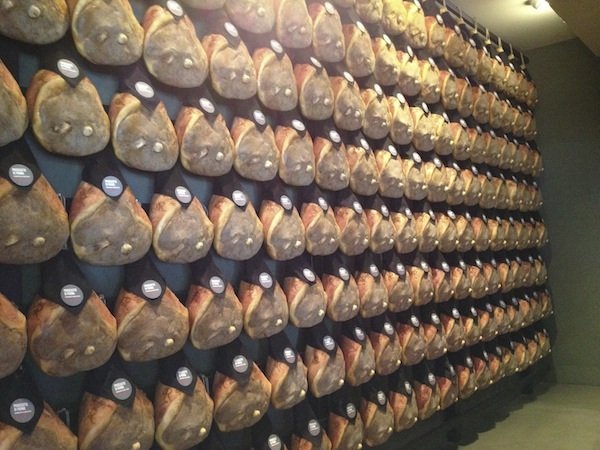 A wall of black pig prosciutto

An impromptu tour took us down to the cellar shop. 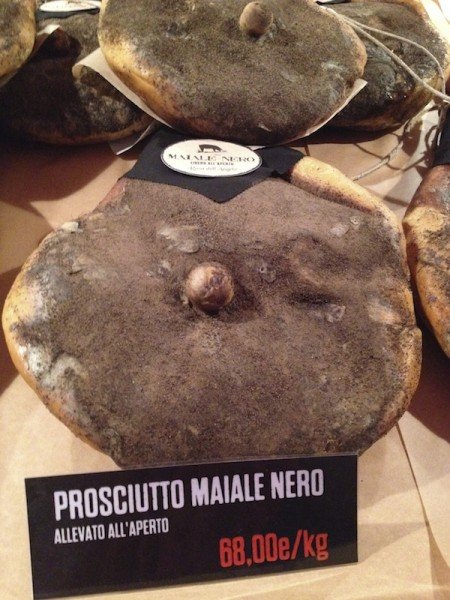 I’d already booked us in for lunch at a nearby restaurant, but by now we were salivating and decided to have our antipasto here. A platter arrived with prosciutto sliced in two different ways, very thin and thin, accompanied by perfectly ripe melon and bread. The bread wasn’t any old bread. They had found a baker about 40 km away, who created the perfect loaf to accompany Black Pig prosciutto. 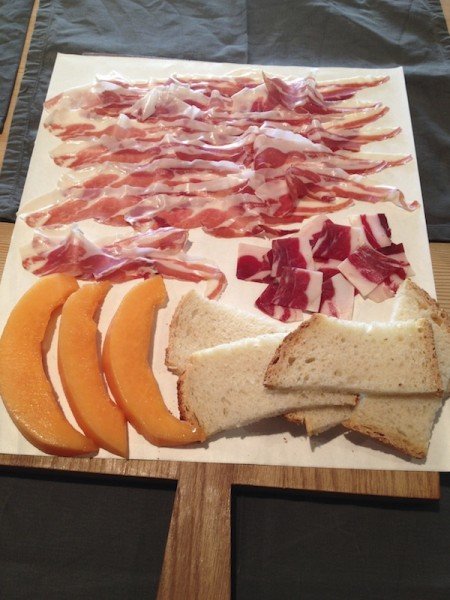 The intensity of flavour from the first slice of prosciutto knocked me sideways, reminding me of my first taste of acorn-fed pata negra in Spain. Perhaps it wasn’t a coincidence. Later, when I looked up the Black Pig of Parma, I discovered that it originated centuries ago from crosses between the indigenous Parma pigs and the black pigs of southern Italy and Spain. The acorns were missing here, but a kaleidoscope of other flavours emerged one after the other putting it in a different league from even an exceptionally good ‘Parma ham’.

I wish we could have gone to the affinatore too, but I’m sure there’s an old Parma saying that ‘a slice of ham in the mouth is worth two parmesans on the shelf’.