↓
It’s official: on January 21st 2020 Bologna porticoes have been nominated to be a UNESCO site. 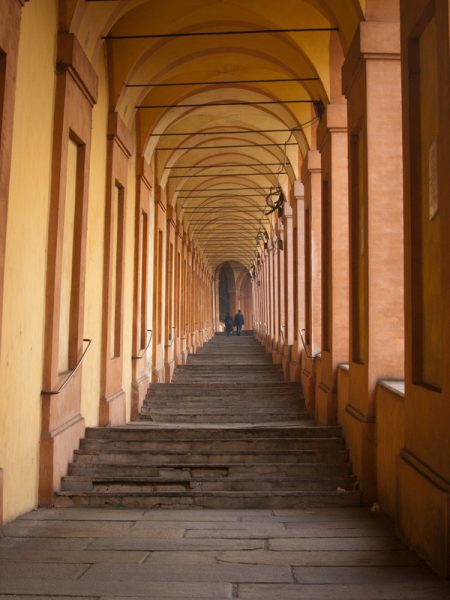 And there is a good reason for it: no other city in the world has so many porticoes and they are, together with the Two Towers, the symbol of Bologna. 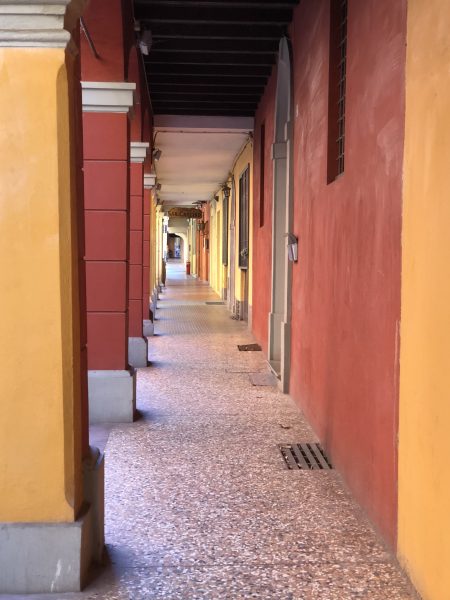 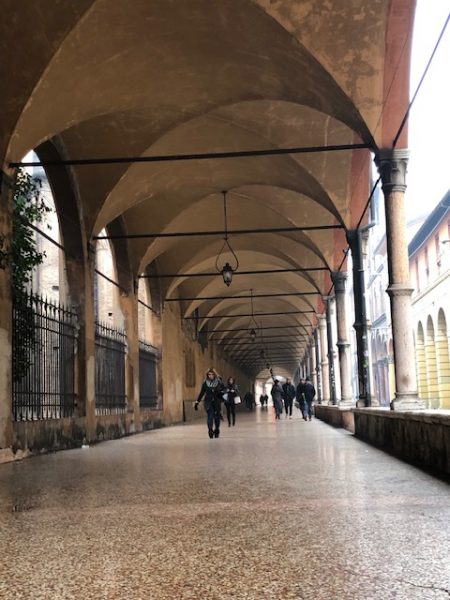 The last updated measure of porticoes length says that there are 38 km only in the historical center and other 20 km spread just out of the antique walls.
It means about 58 km of walking path, which offers shelter from rain, snow or sun, where people can walk, meet and speak.
For this reason porticoes can be considered also a social model of life. 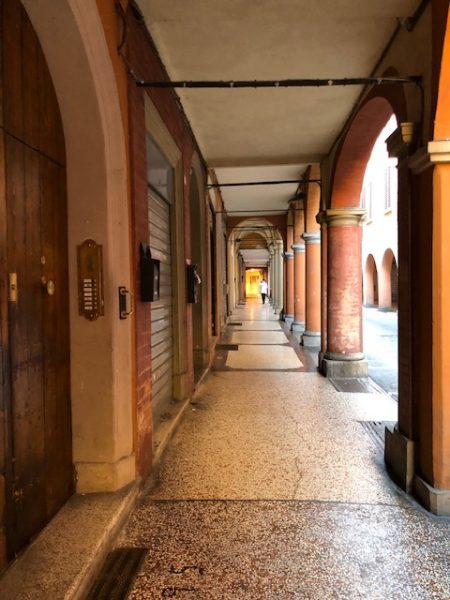 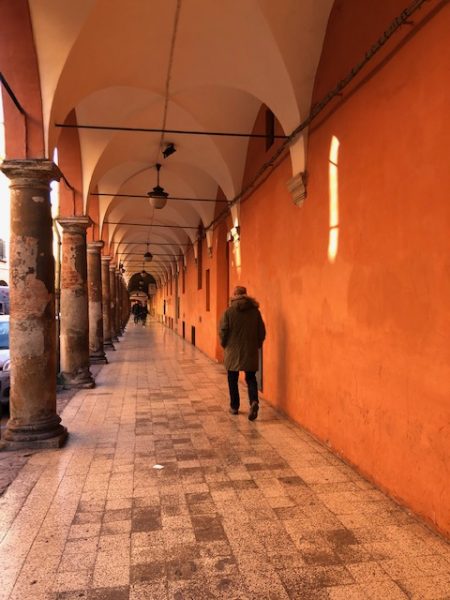 Bologna also detects the primacy of the longest portico in the world:

the one that takes you to the Sanctuary of San Luca, it is 3,7 km long and composed of 666 arches. A long walking up to the hill that for many “bolognese” people is a sort of pilgrimage and a pleasant walking at the same time. You can reach this church from the main Piazza Maggiore always covered by porticoes. 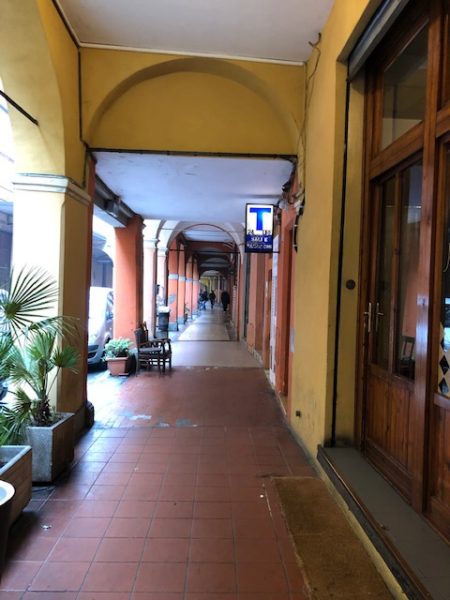 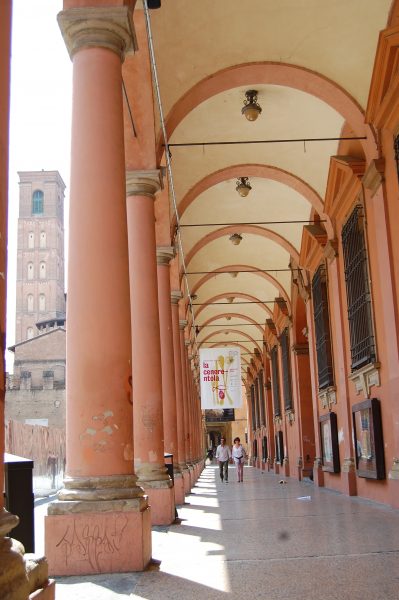 To know why this kind of architecture was born and how it developed so fast we need to go back to the Medieval time, when the first students and teachers started to arrive in Bologna from many parts of Europe, attracted by the important university. The increasing number of inhabitants attracted as well a conspicuous number of farmers who immigrated to the city to open a commercial activity. 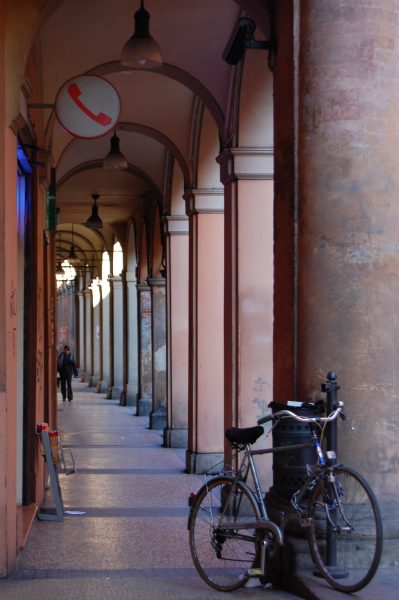 In the city there was not enough space to accommodate all these people, so inhabitants started it by private initiative, to create additional space from the first floor, extending the building outward to create another room on the street, supported by wooden pillars and stones. This also allowed to open several commercial activities. 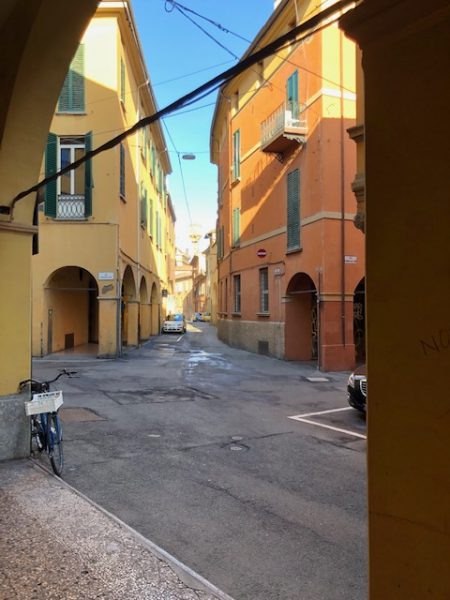 Later, in 1300 the city of Bologna, considering the important support of porticoes for local economy, stated that all the streets had to be added with a portico and that all the owners had to build it privately but for public use by all the citizens. 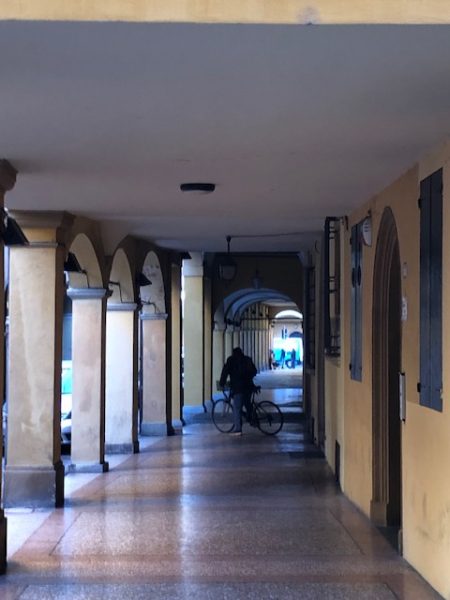 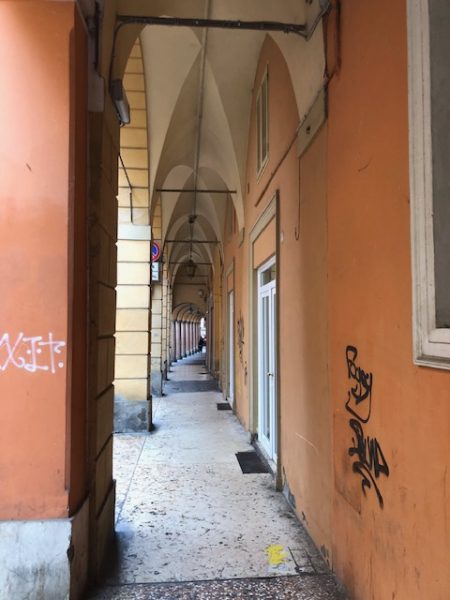 Walking in the center you will find elegant and artistic porticoes, with painted ceilings and beautiful marble floors along the main streets, or just simple arches, not artistic, in the poor parts of the city. However, all of these are much appreciated with hot or rainy weather. 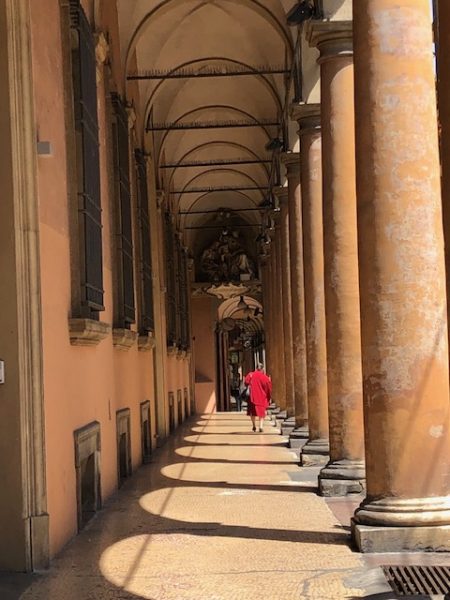 If you have never visited Bologna, come and enjoy beautiful Bologna with any weather and taste the fantastic food! 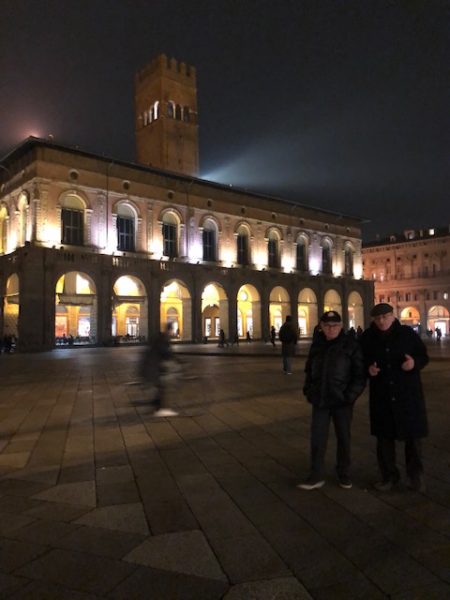