Butter isn’t an ingredient you’ll find in traditional Tuscan cuisine. The people north of the Apennine Mountains have cows, and they make butter. In Tuscany we have sheep. Their milk is used to produce pecorino cheese (the word for sheep is ‘pecora’ and the cheese made from their milk is ‘pecorino’). 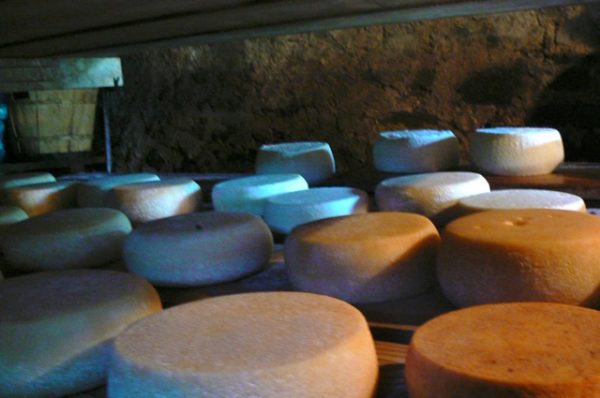 In the Garfagnana we have a native all-purpose cow good for a bit of both milk and meat, which since the diffusion of modern specialised breeds and until very recently was considered good for nothing and nearly died out completely. 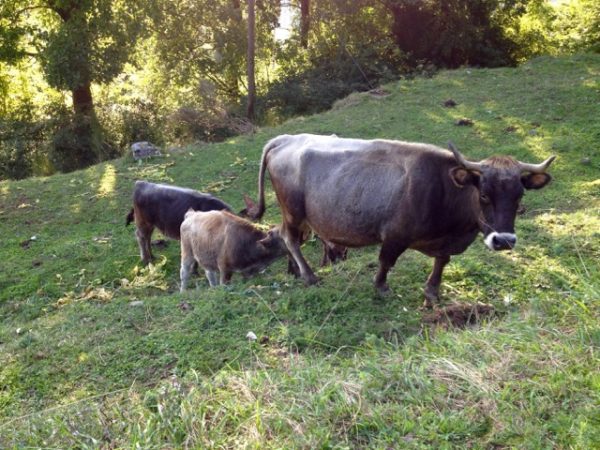 Cow and calves: three of the very few remaining cows of the Garfagnana

Families made a little butter which they used primarily in sweet dishes. In a local cookbook compiled by a woman of Lucca, out of 179 savoury recipes only four call for butter, three contain béchamel sauce and one is the recipe of a chef who had emigrated to New York. On the other hand, almost every single one contains extra-virgin olive oil. Out of 33 desserts, 23 use butter, mostly in the pasta frolla crust of pies. 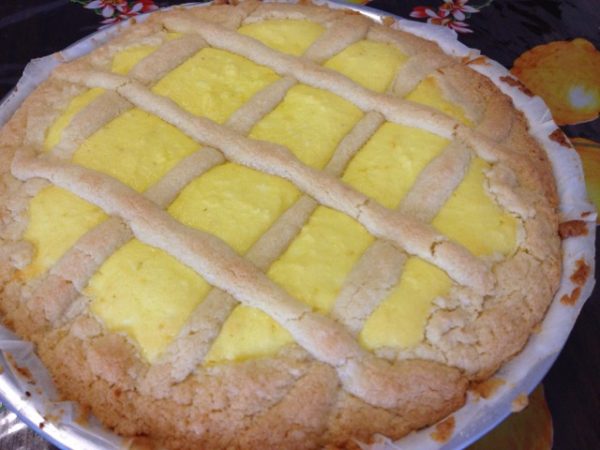 Ricotta tart: the crust contains butter, but not the filling

Occasionally you come across a cow family, like the Nesti of Melo (Cutigliano) into which Daniela Pagliai married. (Women rarely take their husband’s surnames, although the children bear their father’s name.) Daniela had been her father’s shepherd since she was nine and in charge of making pecorino from the age of 14. When she married, she had to change gears. She now makes several types of cow’s milk cheese, yoghurt, gelato and butter. For more about Daniela, see my blog post: Like the Seasons: the Life of a Cheesemaker. 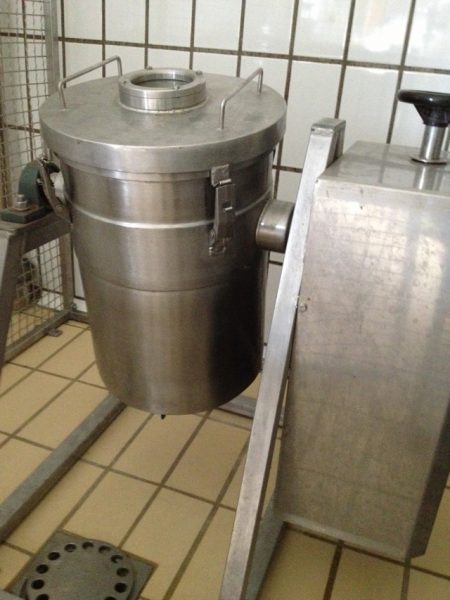 The butter machine gyrates the cream until the butter separates out.

When I take my guests to her, I always buy some butter. It conforms to two of my rules when buying food: very few ingredients and nothing I can’t understand. Andrew Wilder of Unprocessed October calls it the Kitchen Test. Daniela’s butter contains one ingredient: panna, cream. 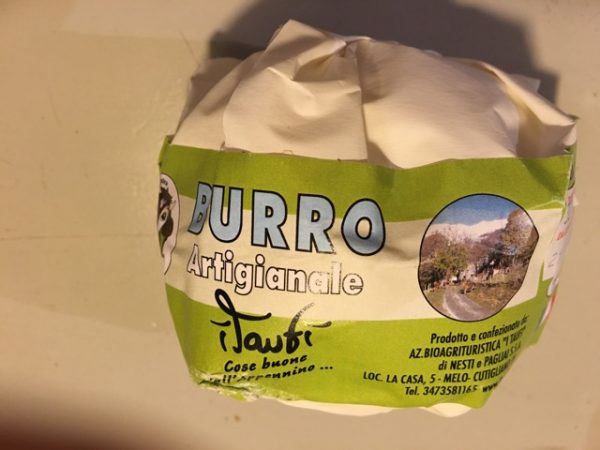 When I first started visiting her, butter was such a minor product that she didn’t even have a special label for it. She sold it in a ricotta wrapper. Now there’s not only a label, but also an informative essay. 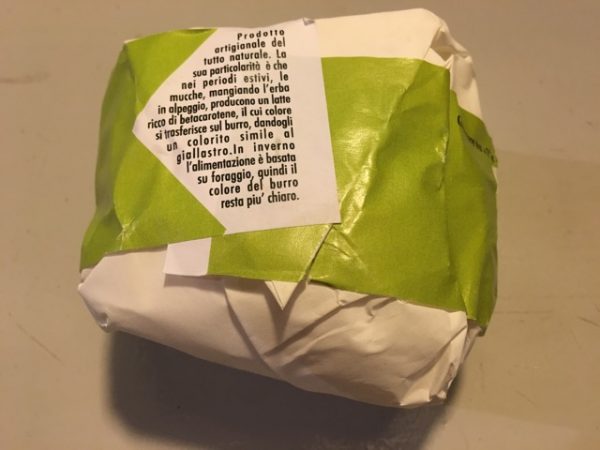 You can learn something valuable from food labels.

Daniela says: ‘Completely natural artisan production. Its distinctiveness is that during the summer the cows graze in alpine pastures producing milk rich in betacarotene, whose colour transfers to the butter making it yellow. In winter, the feed is based on hay [not silage] and the butter is paler.’

They say that variety is the spice of life, and it’s often these tiny details that distinguish the truly artisan product from a standardised industrial one.

Of course, nothing beats visiting the producer and checking their claims for yourself.