Italians seem to exploit every opportunity to celebrate as a community and right now it’s Carnival, time to have fun before the penitential period of Lent. The Carnival at Viareggio is strong competition for the one at Venice, and it’s so little known outside Italy that you rarely hear a foreign language being spoken. 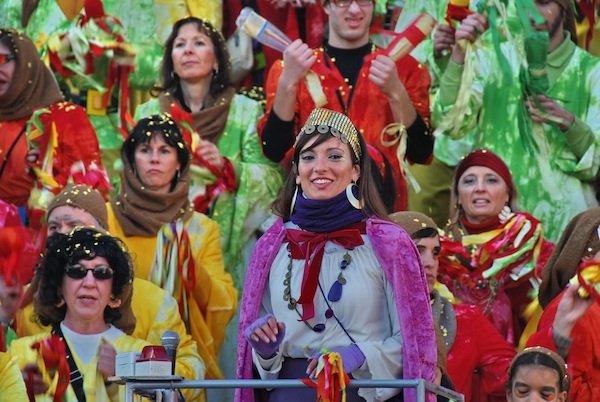 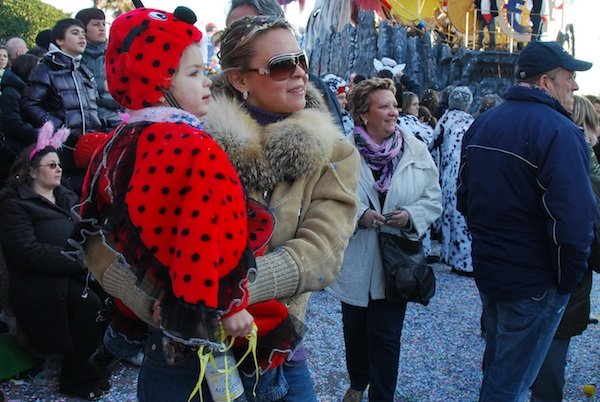 Everything is focused on the festive parade of magnificent papier mâché floats that sally forth every Sunday for a month or so and on Shrove Tuesday (the schedule changes each year). You need to arrive early to get a parking space, but you won’t get bored while waiting. The setting is the passegiata or boardwalk with its backdrop of ‘stile liberty’ buildings and beach establishments. 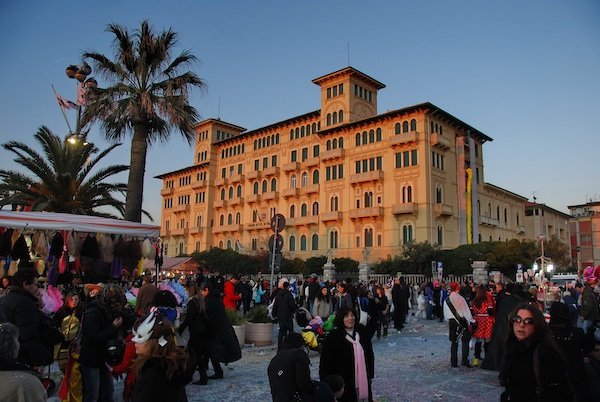 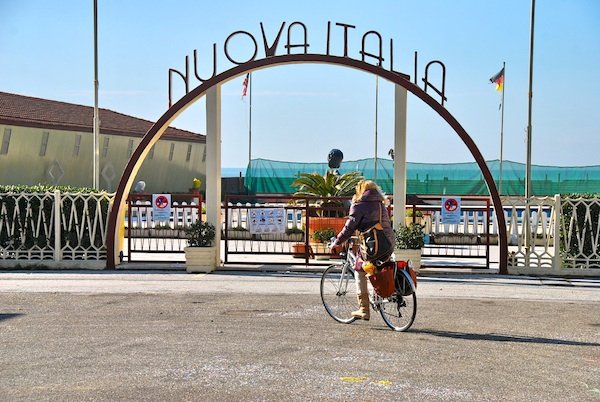 People of all ages come to enjoy the spectacle, many showing off their costumes. 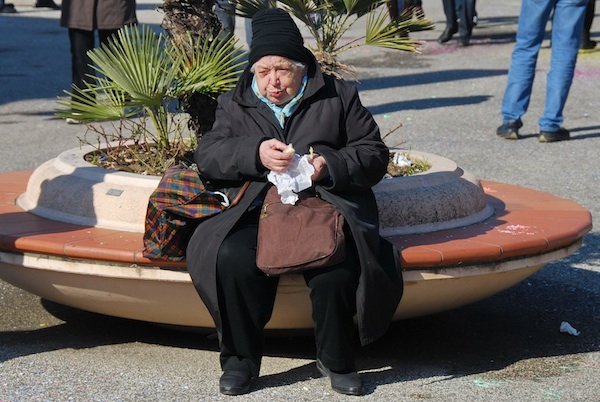 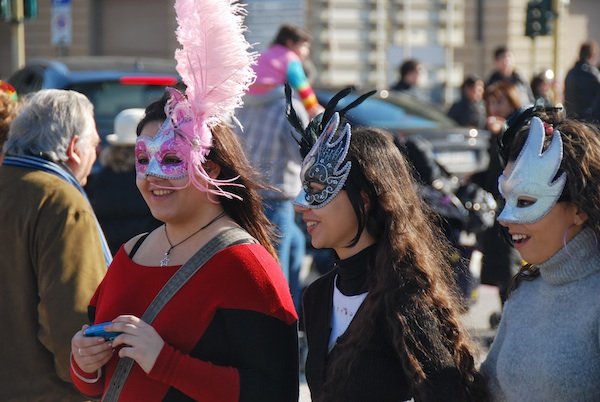 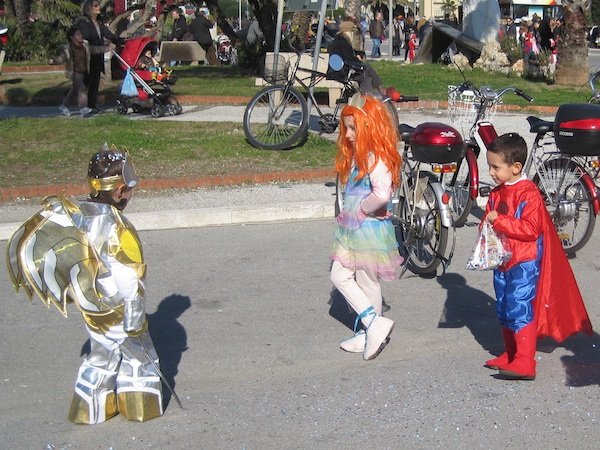 Animals are there too. 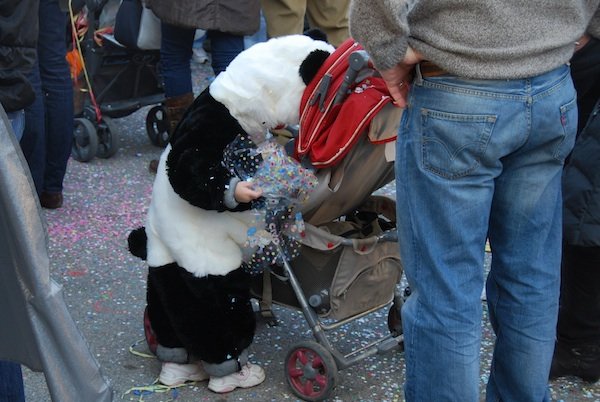 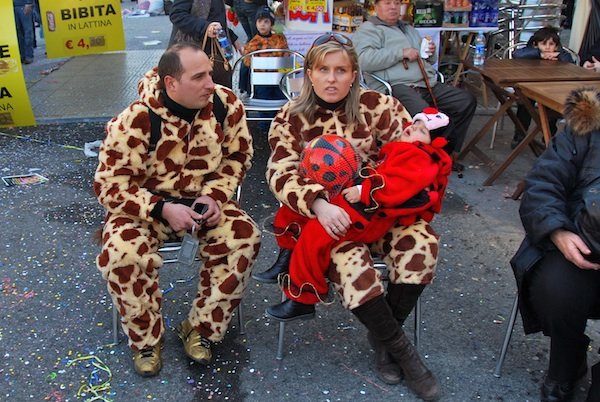 Only known case of a ladybird (bug) being born to giraffes 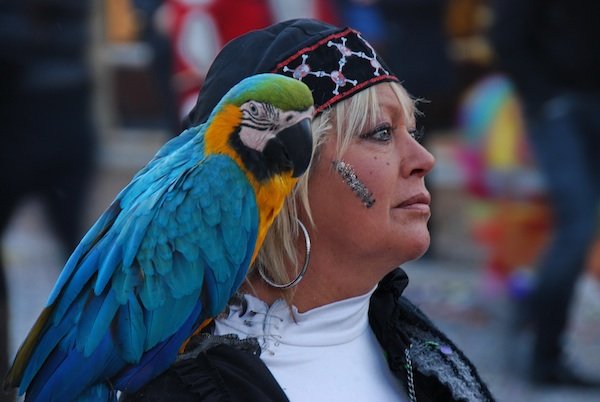 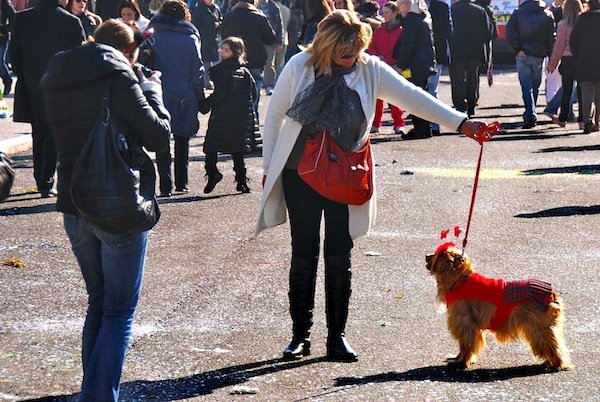 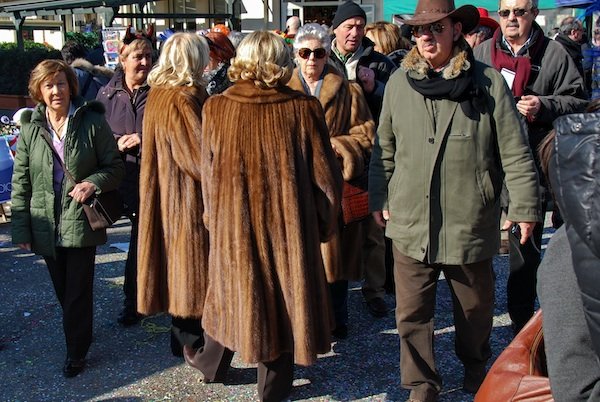 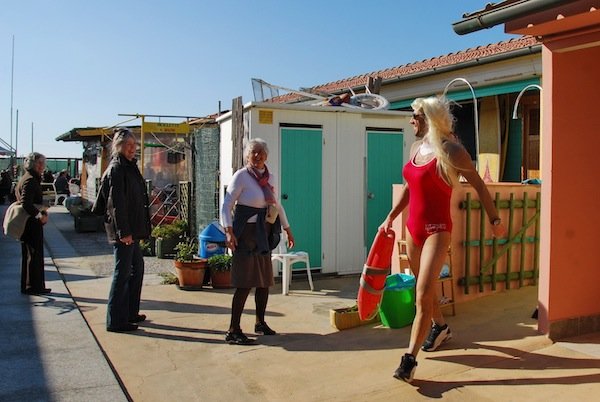 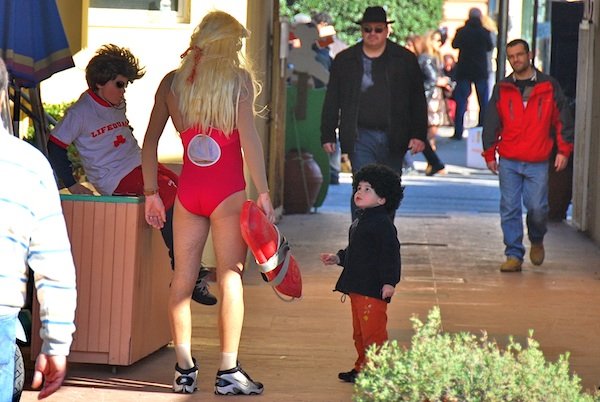 Which storybook are you from? 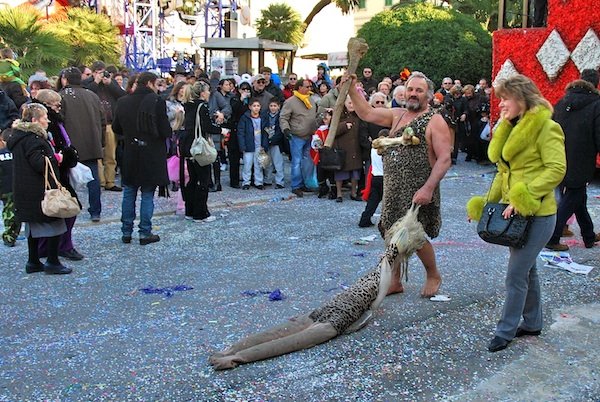 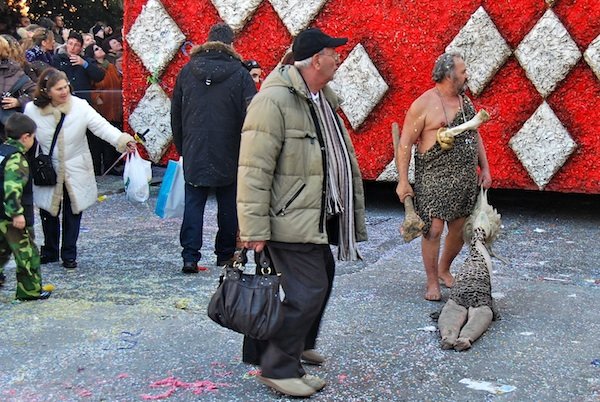 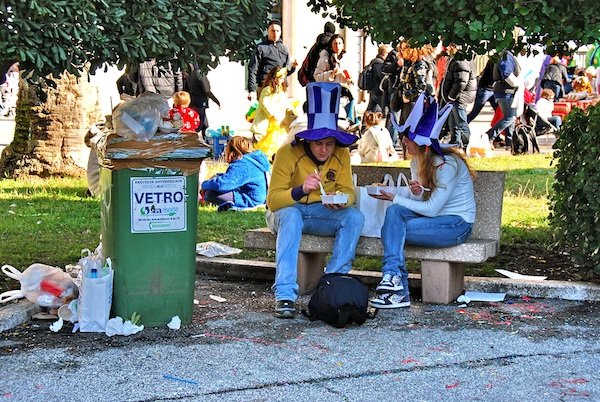 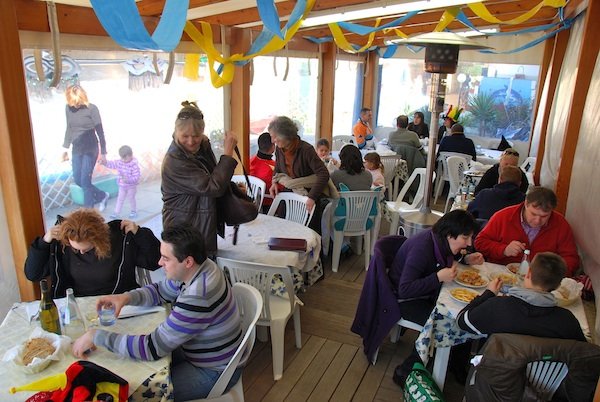 Cacciucco (fish stew) at a bagno

At 3 pm three canon shots announce the start of the parade of floats. 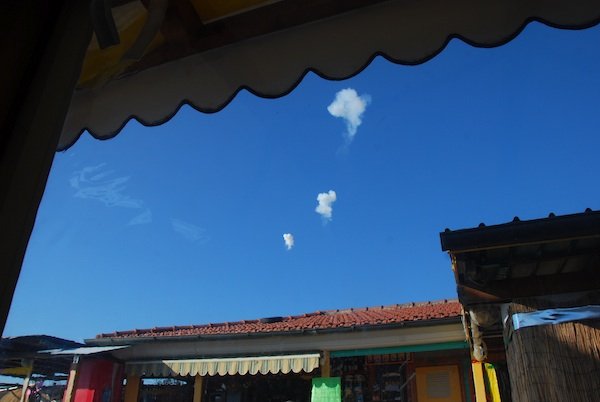 Puffs of moke from the canon

Some are several storeys tall… 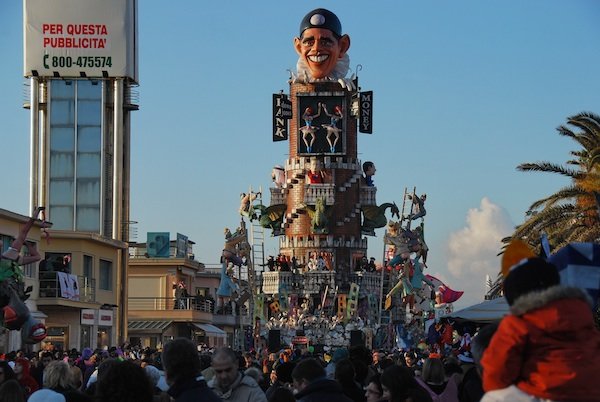 Obama above the bankers

…and others are people on the ground wearing elaborate headdresses.

Berlusconi beneath the babes 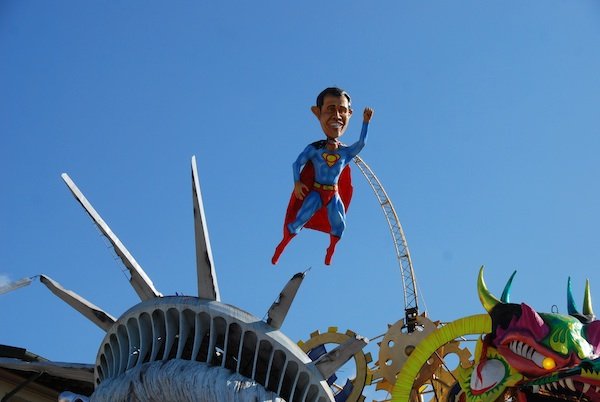 Superman to the rescue 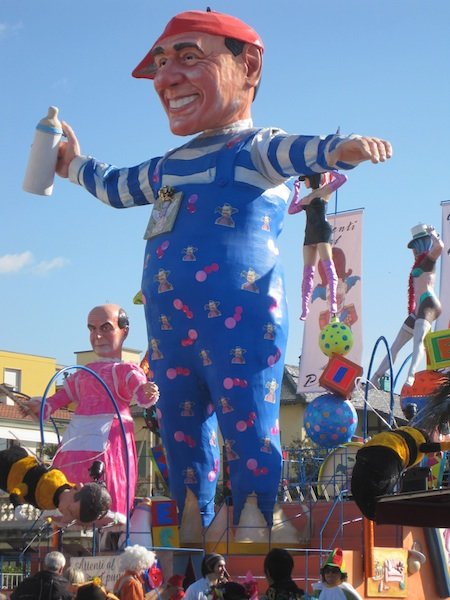 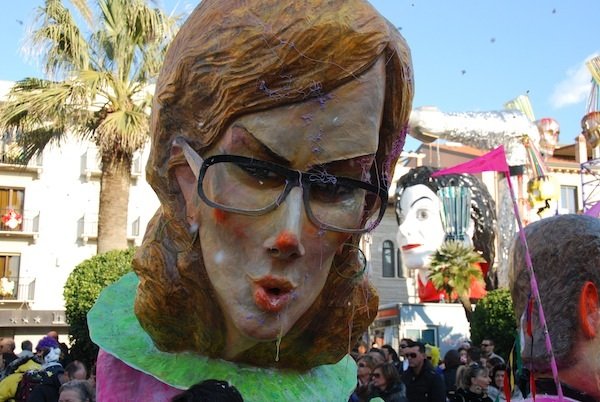 …and some feature films and pop stars. 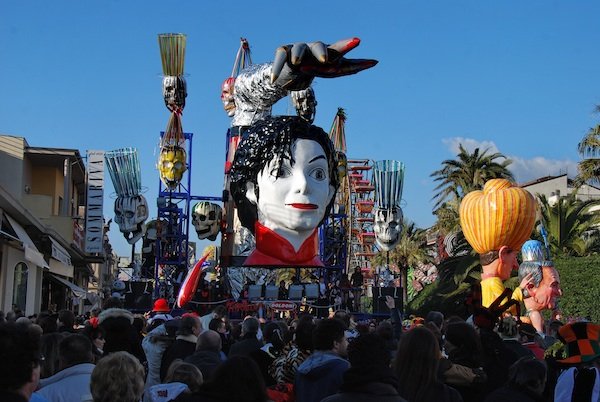 Some are monuments to the skill and ingenuity of the people who design and build the floats, now full-time jobs.

Flying and breathing fire as the band plays and choir sings

As the sun sets, the floats go round for the last time and spectators drift happily homewards. 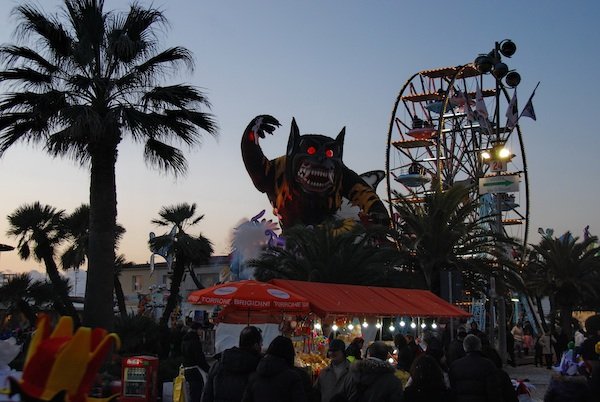 (I’d like to thank Klaus Falbe-Hansen for his keen eye, excellent photos and unfailing sense of humour at Carnival 2010.)