This spring has been quite an adventure for us, for family reasons we have been freer to travel and decided to take the opportunity to explore parts of Britain that we’ve wanted to visit for, in some cases, many years.  Amongst these places was Creswell Crags – the site of the only cave wall art in Britain! 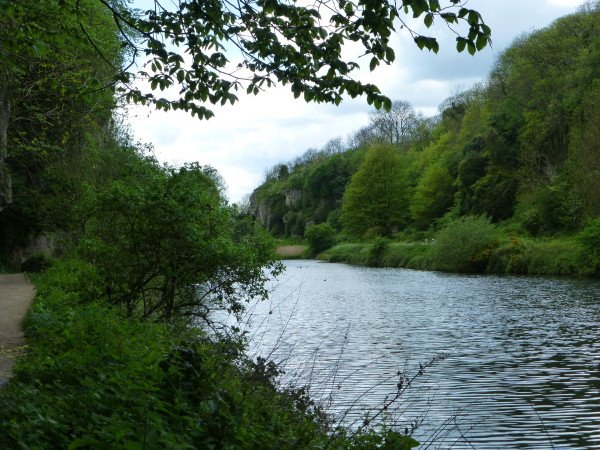 Creswell Gorge the site of England’s only known cave art

Steve had seen these faintly engraved images not long after they were discovered by Paul Bahn(a well known British cave art specialist),Sergio Rippoll and PaulPettit  in April2003.  I had not been able to go on that occasion, regrettably, so it was a long awaited viewing for me and I wasn’t disappointed!

Creswell Crags is a picturesque limestone gorge on the Derbyshire/Nottinghamshire borders in the midland area of England – like the Vezere Valley, it’s hard to imagine mammoths wandering around, but that was the case. 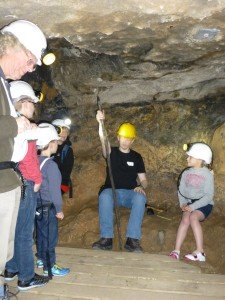 John captivates the children with stories of life in prehistoric times

We took two Tours, the Life in the Ice Age Tour of the Robin Hood cave where our guide, John, showed us various examples of tools that had been found in this the largest of the caves in the crags. And then, the main attraction for us, the Rock Art Tour led by Nigel 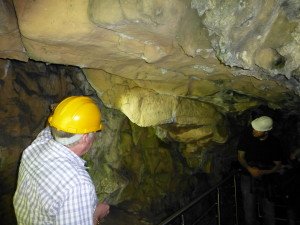 Nigel highlighting engraved images for us

who showed us some of the engravings dating back 15,000 years.  Not as old or perhaps as stunning as some of the cave wall art we fortunate enough to regularly see in the Vezere Valley, but nevertheless, one couldn’t help but be moved by these images that linked these two areas of the world. 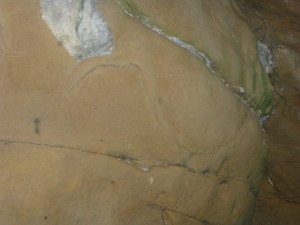 Engraved mage of an ibis at Creswell Crags made 13,000 years ago

There is no naturally occurring flint in this area (Derbyshire/Nottinghamshire borders) and flints from northern and the Dordogne regions of France have been found there.  So seemingly there was trade or people migrated over this extensive area – Britain and France were still joined by what is known as Doggerland – long since submerged when geological events caused the separation of the land masses.

In one way the timing of our visit was unfortunate, it was a Bank Holiday Monday and thus the Tours were at maximum capacity, including many children and reasonably enough, the tours were presented at their level – it is so important to involve children and capture their imagination at an early age to foster an interest in our past.  But it did mean that we didn’t get to see as much of the cave art as we otherwise might – but what a good excuse to make a return visit!  We would have returned the following day, but luckily found out that during term time, tours are only run for school groups, which is unfortunate from our point of view, but again understandable, it is the site’s ‘bread and butter’.   They are a charity and funding is never easy. So if you do make a visit to Britain’s only cave wall art at Creswell Crags, bear in mind that unless it is the school holidays, public tours are only available at the weekends. 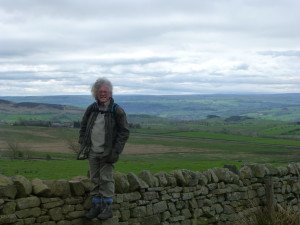 Our spring-time visits have taken us far and wide – the Lake District, Lindisfarne (Holy Island), Pitlochry in Scotland and Hadrian’s Wall (great place for some training for Steve’s up and coming Trek for Macmillan Cancer Support!).  We’re shortly travelling back to France and on our agenda shortly after our return is a visit to Grotte de la Greze which is not normally accessible – so our exciting travels will continue once we’re home in France!