The southwestern corner of Sardinia is called Sulcis. The word derives from the Carthaginian city of Solki. This is just one tiny example of the cultural palimpsest that makes up present-day Sardinia. Before the Carthaginians when the Phoenicians began visiting Sardinia in around 900 BCE, they encountered people of the Nuragic civilisation, which originated in about 1800 BCE. The ruins of their gigantic stone towers and settlements still dot the countryside; 7000 of them remain. Hard on the heels of the Carthaginians, the Romans, Vandals, Byzantines, Spaniards, Pisans, Genovese and Piemontese all demanded their turns on the island. It’s no wonder that coming from Italy you feel as if you’ve arrived in a foreign country. 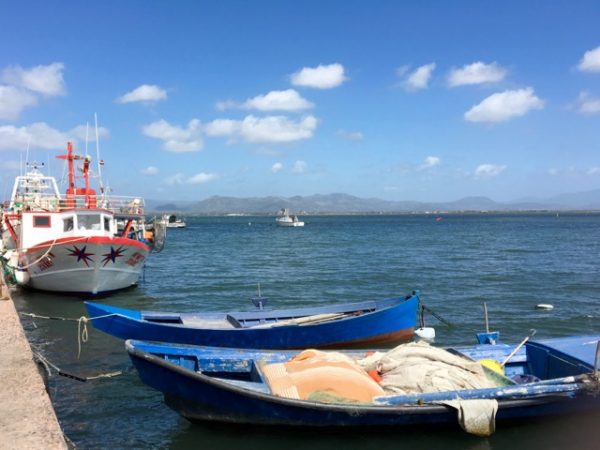 The island culture of Sant’Antioco 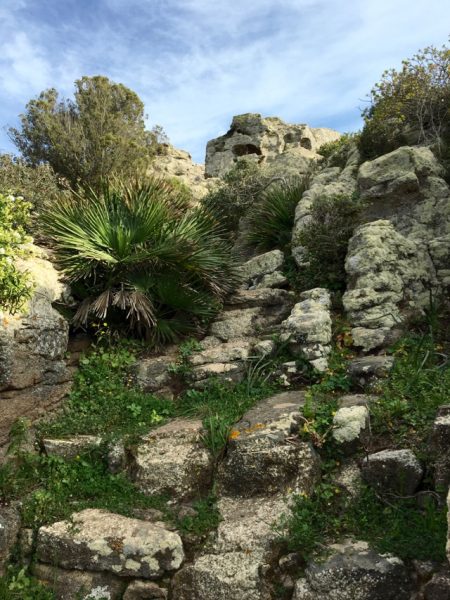 Remains of a Nuragic complex on the island of Sant’Antioco 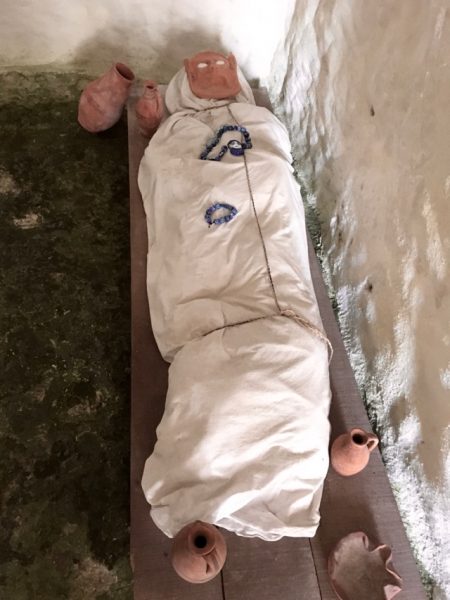 But it wasn’t the distant past that drew me to Sardinia. Some of the women coming on my September ‘Tastes & Textiles’ tour wanted to visit a woman who weaves with the fibres of the beard of a giant Mediterranean mollusc, and they asked me to take them. Barely credible, I thought, but her workshop had a website which placed it in the town of Sant’Antioco, on the Island of Sant’Antioco in the territory of Sulcis. Here was the ideal excuse to visit Sardinia, which I knew only from its pecorino sardo cheese and Vermentino wine.

I found the agriturismo Sa Ruscitta, gleaming white with terracotta roofs overlooking an olive grove, whose fourth generation owner delivers a surprise at every breakfast in the form of homemade bread or delicate tartlets. 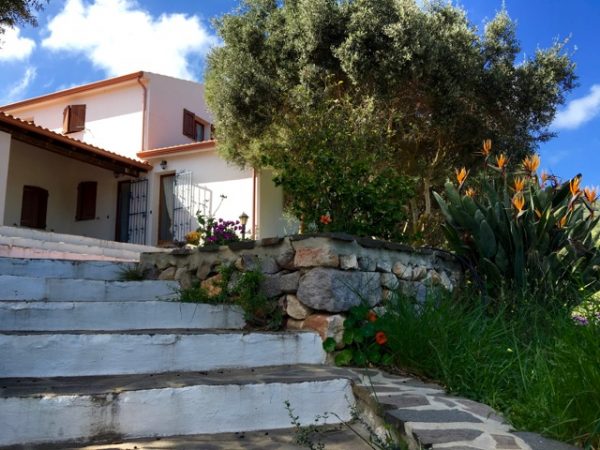 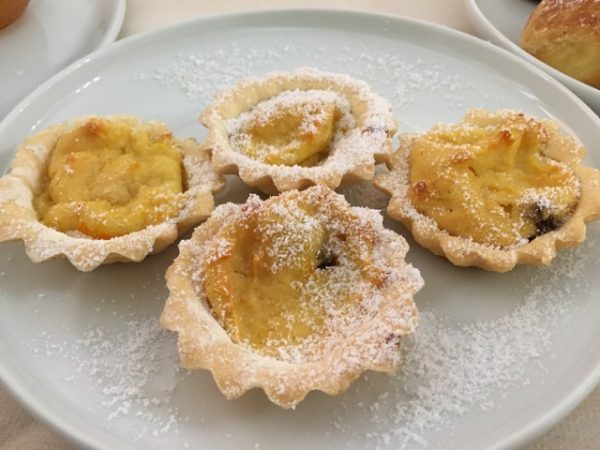 I found the driver Massimo who, whatever you’re looking for, always has a friend who makes wine or cheese, and knows the best fish restaurant and the person to do a tour of the salt pans. 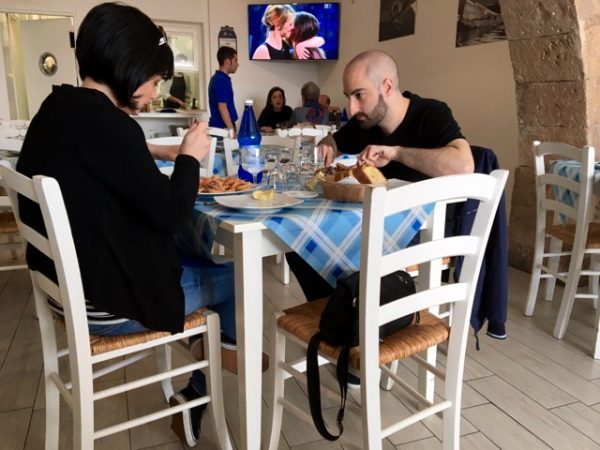 Locals enjoying lunch at Due Fratelli 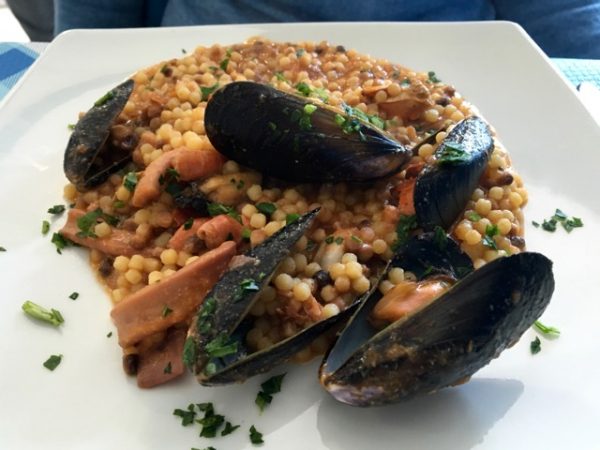 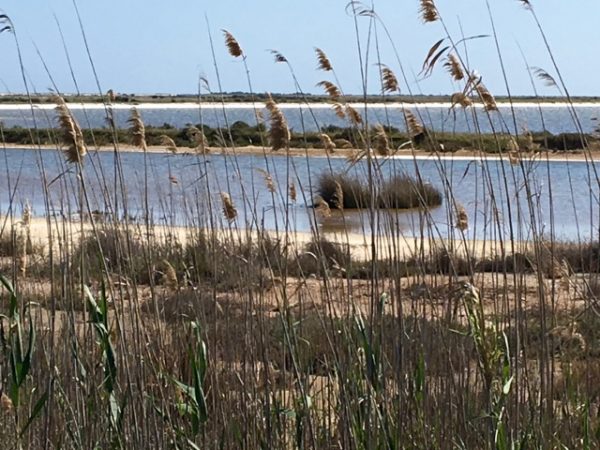 A line of salt gleams through the reeds of the lagoon

Best of all I found a new tour. It was a fortnight after Easter when I visited Sant’Antioco. I arrived on a Wednesday and stayed until Saturday morning. Massimo was dismayed. ‘But you will miss the Festa di Sant’Antioco. It starts Saturday evening.’ Sant’Antioco is the patron saint of Sardinia. He is honoured by a twelve-day festival beginning after Easter with the novena, nine days of spiritual preparation, and culminating with three days of joyous celebration. The highly decorated ritual bread is prepared in the traditional manner by the women of the town. 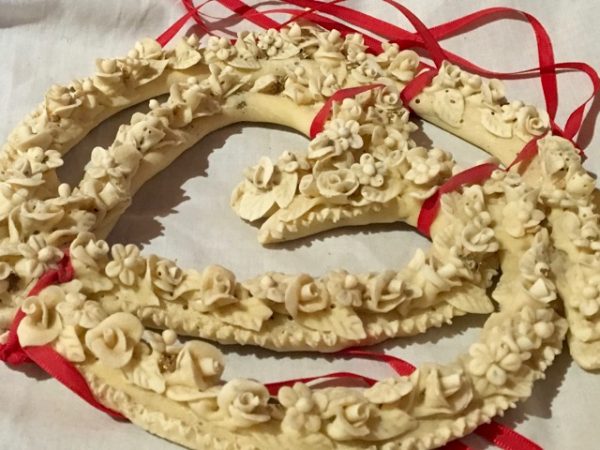 What artistry goes into the preparation of the ritual bread ‘Is Coccois’!

To be sure not to miss it next year, I’ve designed a tour starting with the Festa and afterwards exploring the many layers of history and culture of Sulcis, grounded as ever in the traditional cuisine. We will visit a shepherd who makes pecorino sardo cheese and ricotta, a Bronze Age Nuragic complex, a vineyard to find out about the shin-high vines and to taste the wine, the catacombs of Sant’Antioco, a day as fishermen on a family fishing vessel with lunch on board, a visit to a cooperative of young craftspeople whose workshops have revived an abandoned village and a tour of the salt pans and nature reserve with flamingos. The familiar intertwined with the exotic. That’s Sardinia. 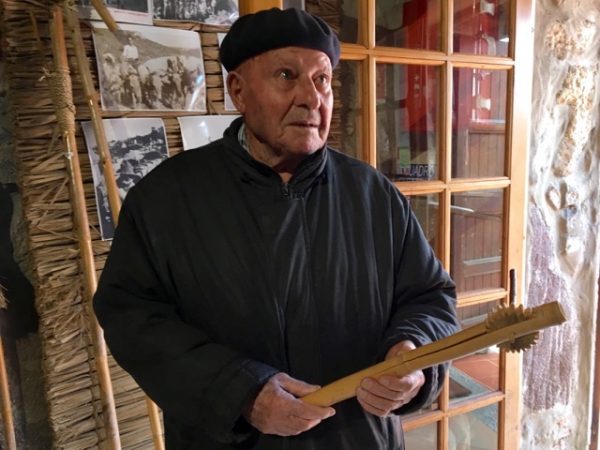 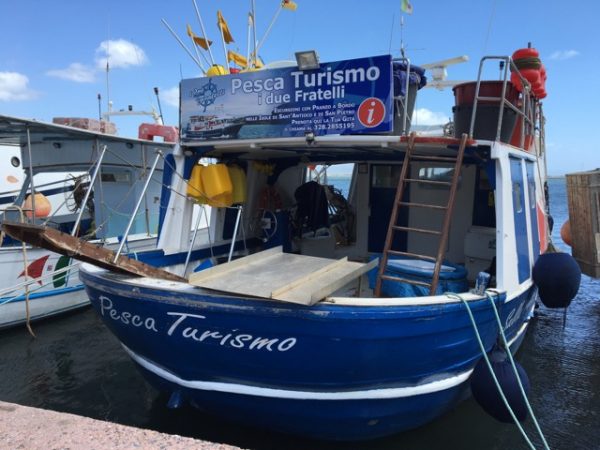 One-day course learning to be a Sardinian fisherman could come in handy. 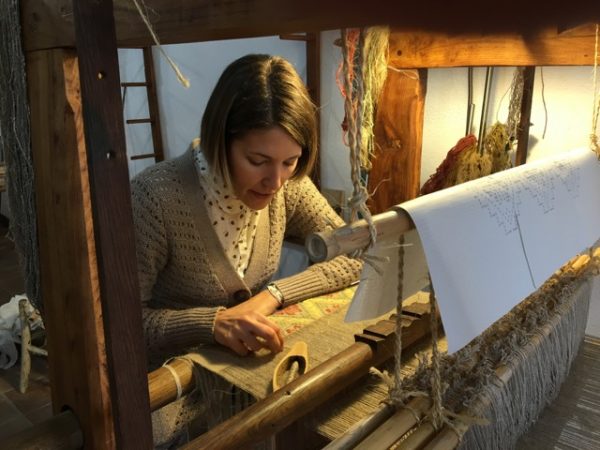 Arianna cultivates flax and weaves both traditional and creative linen and wool fabrics. 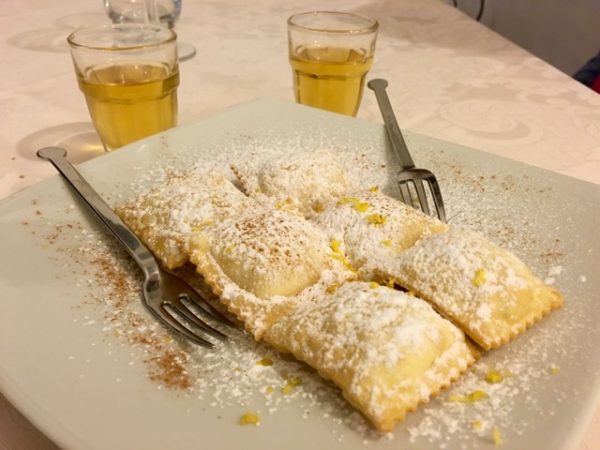 Learn more about the Celebrating Sardinia tour at http://www.sapori-e-saperi.com/small_group_tours/celebrating-sardinia/ (click on the tabs below the introduction for all the details).