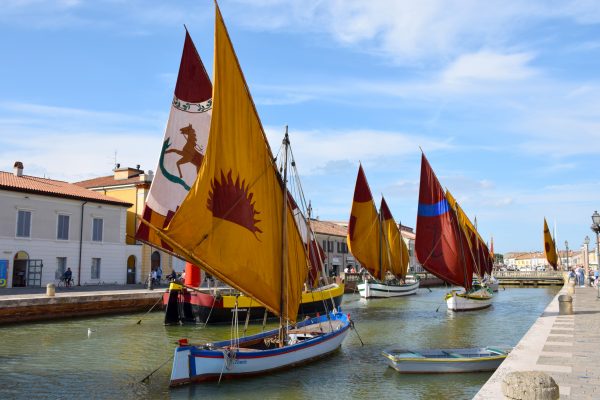 For our first letter to our new friends, we have chosen to speak of Romagna, the region where we were both born and the inspiration for our careers. Our job is to host people, take them to visit our favorite places, and share with them the best that Italy can offer. Romagna is famous for its innate hospitality, and a trait that we both inherited from our families.

Romagna is part of the beautiful Emilia-Romagna region with Bologna as its capital and it is situated on the North-Central part of Italy. As the name suggests, there are two different territories: Emilia, the largest part (that includes the provinces of Bologna, Modena, Reggio Emilia, Parma, Piacenza and Ferrara), and Romagna, the smallest part on the South East and the Adriatic sea (that includes the provinces of Forlì-Cesena, Ravenna, Rimini). 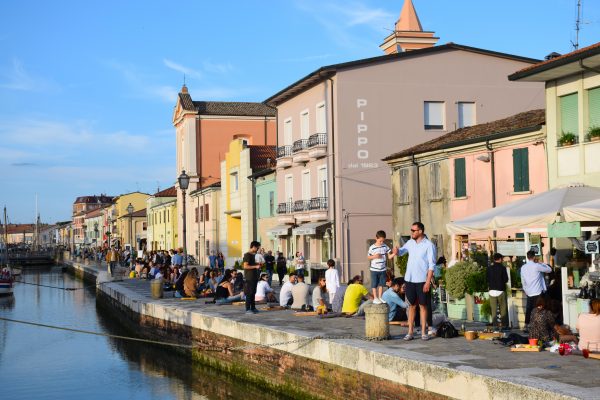 Cesenatico, located between Ravenna and Rimini, is a typical town of the Romagna coast (Riviera romagnola) and for sure one of the prettiest. We love this place because it is on the sea, for its great food, for its culinary traditions (fish and sea food, piadina, strozzapreti and other pastas), for the friendly people and because it reminds us our childhood during the summertime.

In the Roman times, much of the territory on which Cesenatico stands today was covered by the sea.  There was a human settlement confirmed by historical sources that testify to the presence in the territory of Cesenatico as a small Roman center.


The present Cesenatico was founded in the Middle Ages as “Port of Cesena” following an authorization of Pope John XXII that approved of its construction. The port was destroyed and re-built several times since the original construction in 1303. 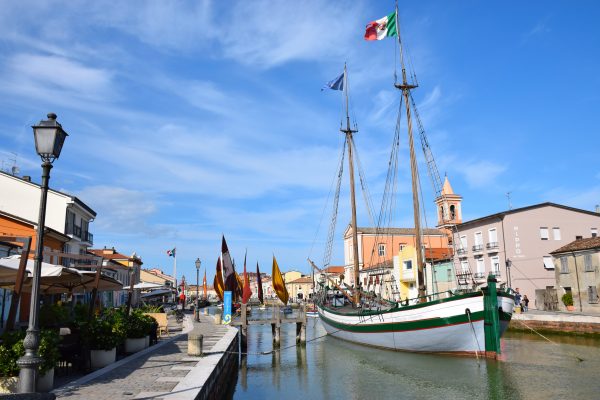 This is a typical town along the Romagna coast.

Cesenatico in the following centuries was occupied by Venetians, then by the Church. Napoleon built a new tower for defense, and finally in 1827 Cesenatico gained its independence. The departure of Garibaldi from its port gave to this town a place in history. In 1860 Cesenatico became part of Regno d’Italia.

At the end of the 1800’s, doctors discovered the benefits from the sun and the air from the sea and the sea water for our body, Cesenatico became an important location for summer holidays. 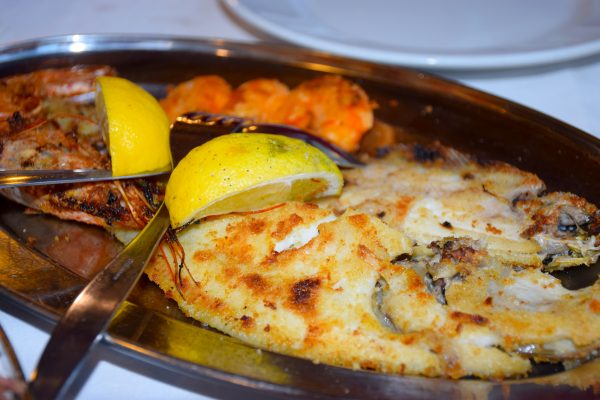 A typical yet delicious fish meal

In 1878 the area of Cesenatico began to build structures on the beach, along with shops and restaurants that would provide activities for all the new tourists. Swimming instructors were provided and in the beginning of the 1900’s other services, such as hotels and commercial activities, were opened.

During the summer time several tourists, mainly from Italy, spend their holidays in Cesenatico and other little towns on the Romagna coast. The surrounding area is a beautiful and rich countryside with smooth hills that produce peaches, apricots, strawberries, kiwi and others fruits that are considered among the best in Italy.

For these and more reasons, this little town will be included in our new tour in Romagna. The area around Porto Canale is full of energy, alive with lots of restaurants, shops, bars, and osterias. Here along the beautiful coast, it is possible to enjoy some of the best fish and seafood of the region while taking in all of the many local specialties. 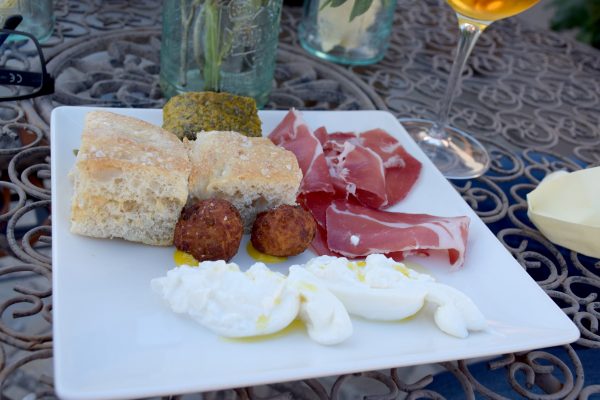 Last but not least, Cesenatico was the birthplace of the famous cyclist Marco Pantani and of the very famous food writer and chef Marcella Hazan who introduced the Italian cuisine to the US since the ‘70s.