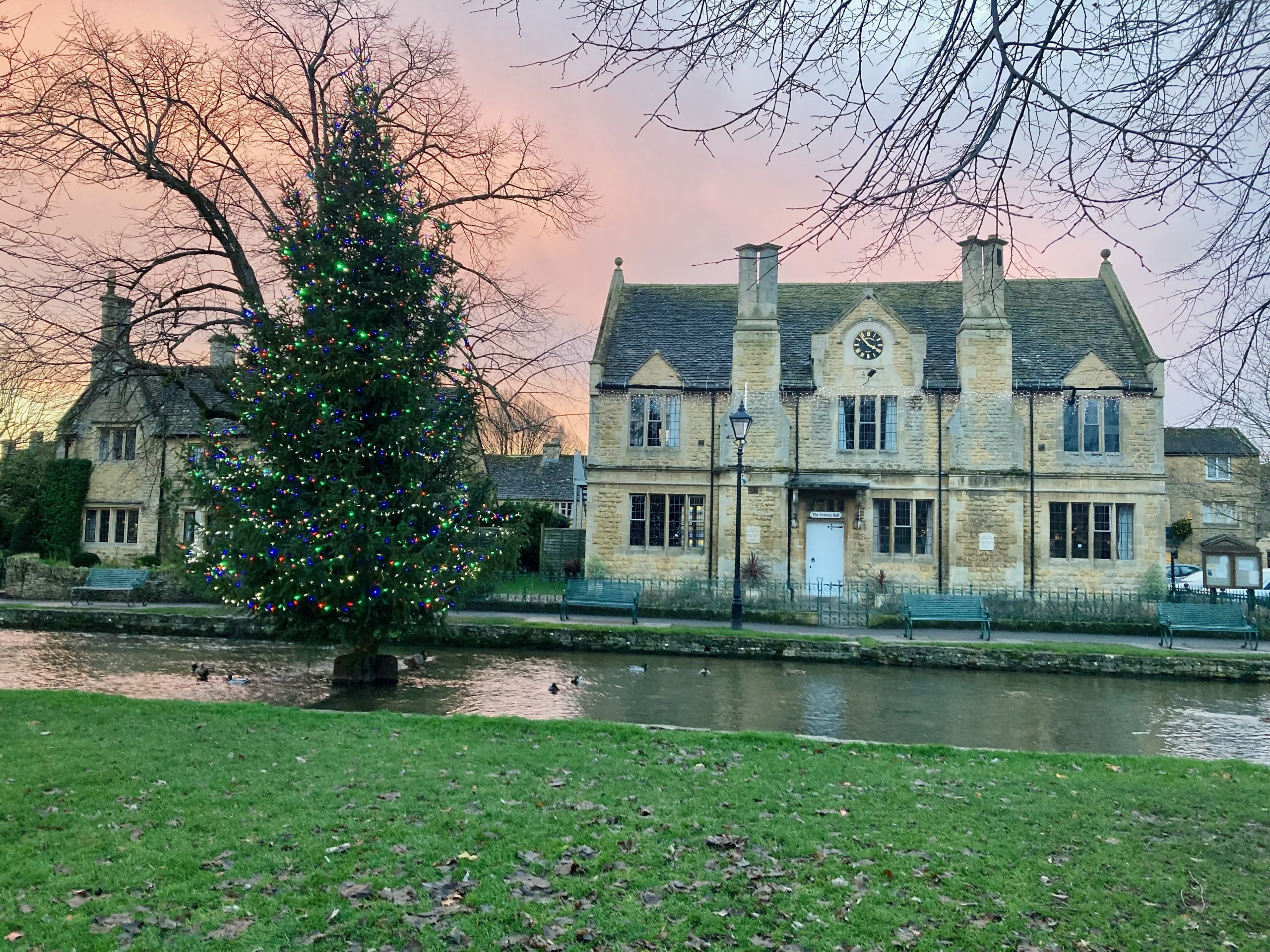 Thankfully, it’s the time of year again when having mince pies for breakfast is not frowned upon. As a matter of fact, traditionally, one should have a mince pie on each of the twelve days of Christmas for good luck, so I say why not extend this to the whole of December. Luckily, tearooms are serving delightful mince pies accompanied by mugs full of sweet and fragrant mulled wine across the Cotswolds, so we never have to think too hard about where to stop for some warmth on a crisp winter’s day. If I had to choose another reason why I love Christmas in the Cotswolds, it would have to be the Boxing Day walk. 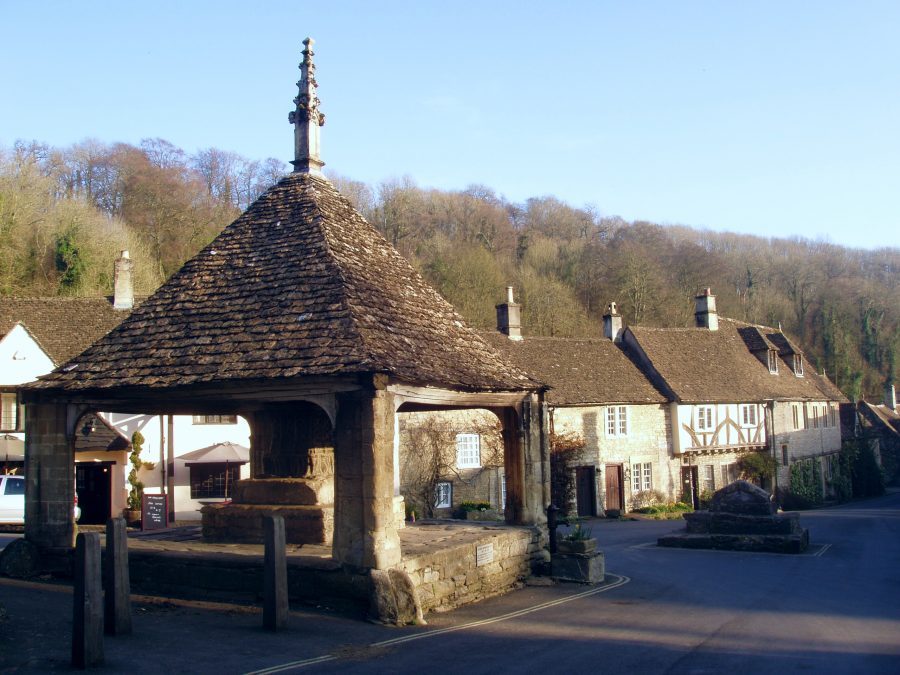 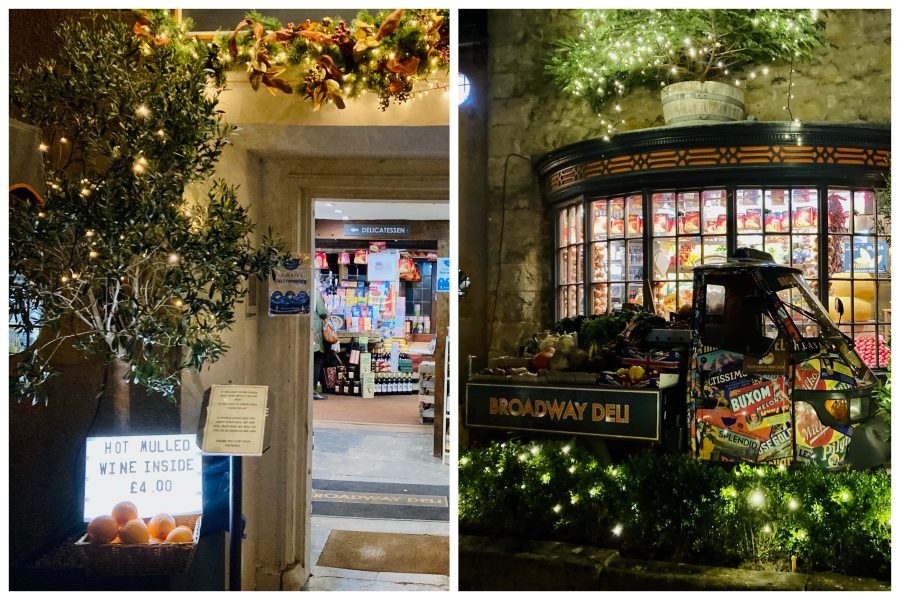 There are, of course, plenty of other, more widely celebrated Christmas traditions to look forward to. However, after browsing through stalls at artisan Christmas markets, strolling along illuminated light trails at castles and arboreta, seeing Christmas pantomimes and enjoying the culmination of all that’s good in English cuisine, Christmas dinner, the Boxing Day walk is a refreshing break for body and mind.

The tradition of going for a walk with all the family on Boxing Day, the 26th of December, is quite widely observed in the UK. For most, Christmas isn’t complete without heading out for a crisp walk to blow the cobwebs away the day after Christmas day and it isn’t difficult to see why. Even if Christmas isn’t white, the countryside and the villages turn into a winter wonderland with cottages dressed up in fairy lights, log fires crackling in tearooms and pubs, and walking boots crunching through fallen leaves on the frost-kissed paths. 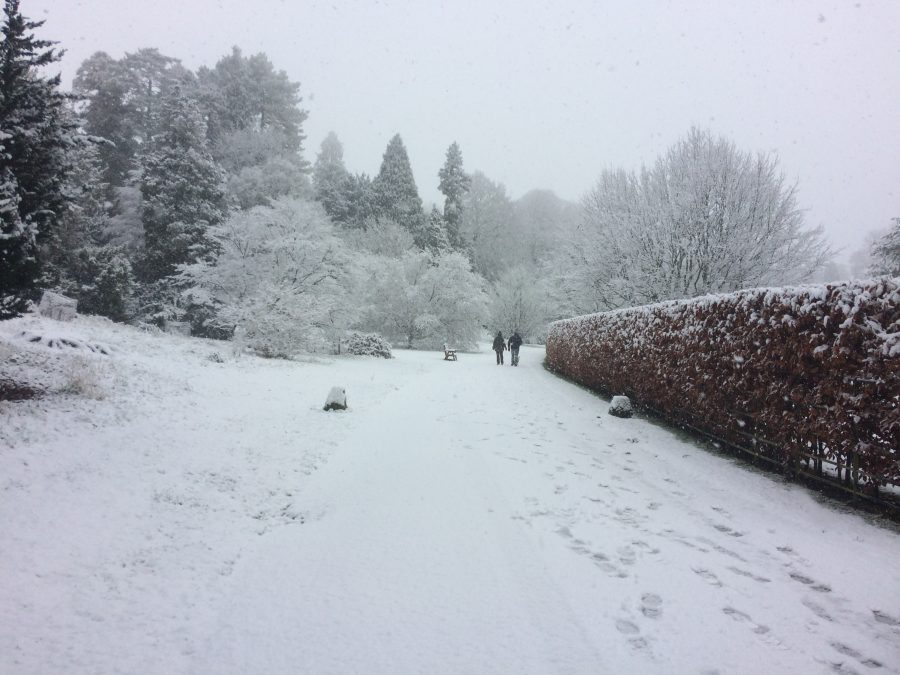 Walking in a snow-covered Batsford Arboretum

As I write this, the sun shines brightly through the window, and whilst glorious cold sunny days are plentiful, we also have our fair share of fog, mist, wind and of course rain in all its guises. This in turn creates mud and a somewhat slippery path, so that even wearing a pair of the sturdiest boots one might need to select a walk with care. Here are some of our favourite short walks that are enjoyable throughout the year. 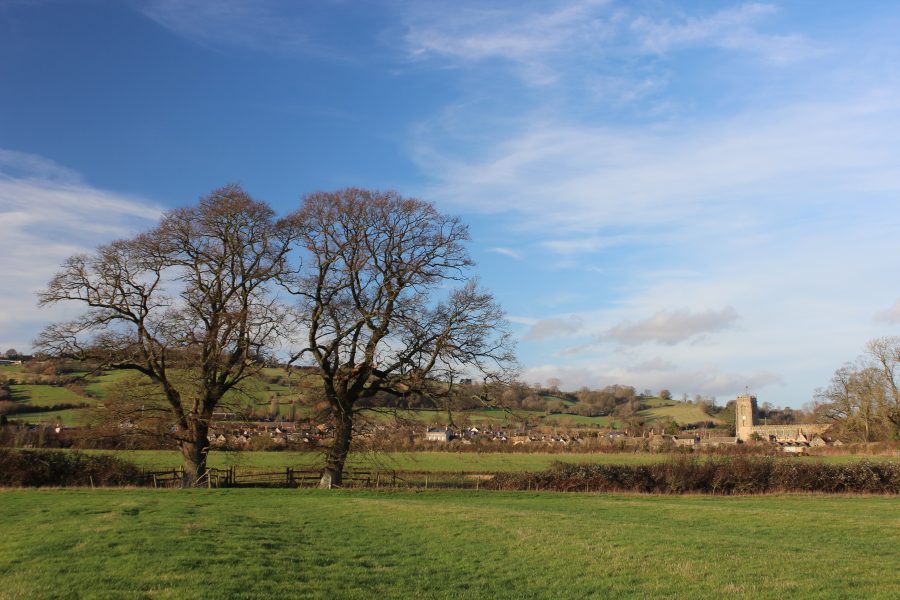 Making the most of a sunny day in December, walking to Winchcombe

Chipping Campden is the first base for our Garden Tours and Scenic Guided Tours for good reason. One of the most well-preserved market towns in the Cotswolds, it is steeped in history but full of life at the same time. Popular with walkers all year round as the start or end point (depending on whether you walk from North to South or vice versa) of the Cotswold Way, the countryside around Chipping Campden is a walkers’ paradise even in winter. The walk from the town centre to Dover’s Hill is a moderate one with a slightly steeper climb towards the end but the views from the top (whether or not it is a clear day) are rewarding. Once you walk back to Campden and as the evening draws in, admire the illuminated town with the honey-coloured stone beautifully complimenting the glow of fairy lights. 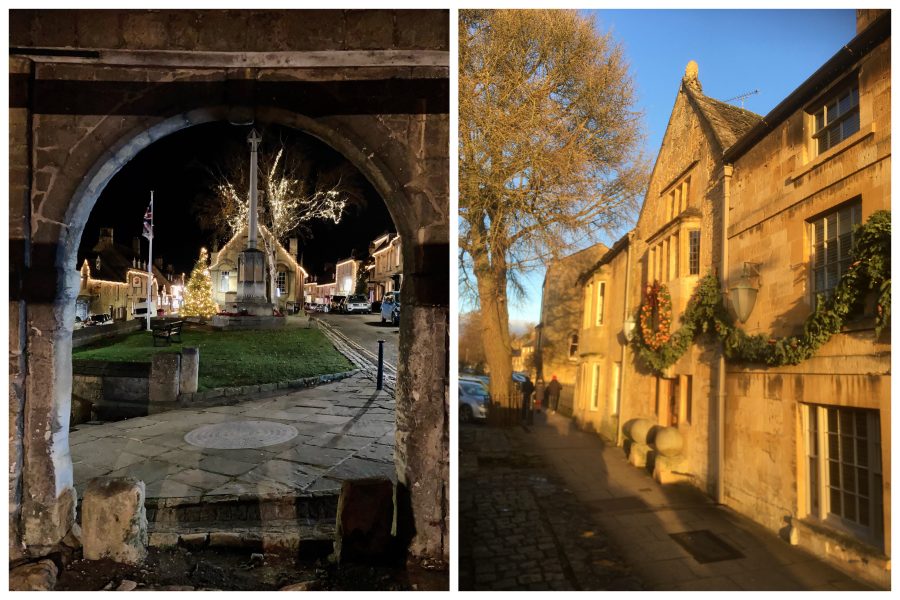 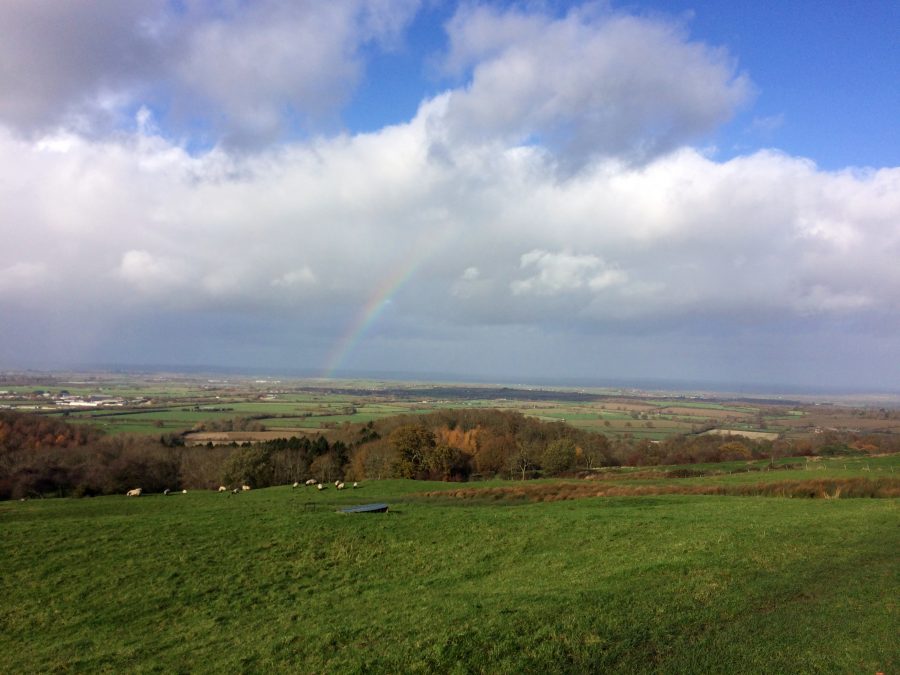 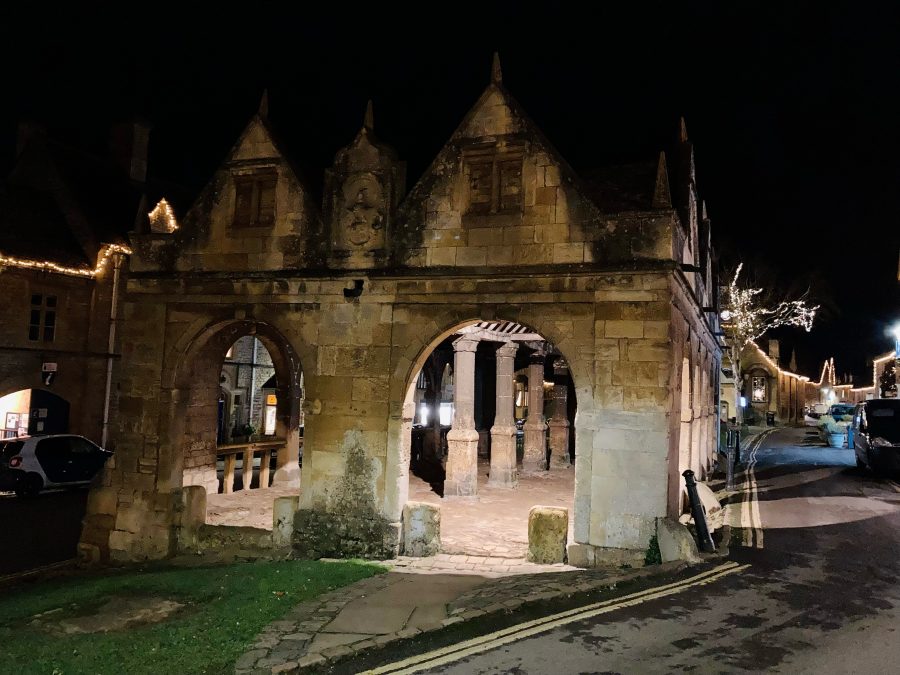 Bourton-on-the-Water to the Slaughters

What could possibly be more magical than a walk through the village of Bourton-on-the-Water, the “Venice of the Cotswolds”, with its Christmas tree merrily floating on the River Windrush, flanked by a succession of little stone bridges. Bourton is one of the most popular destinations for day trips to the Cotswolds and the village can get quite busy during the summer season. It is, however, significantly quieter in winter, without losing any of its charm. The walk from Bourton to the picturesque villages of Upper and Lower Slaughter – part of one of our most popular short breaks, the Lower Slaughter Short Break – follows the Wardens Way along the River Eye and even though the path is well-maintained, sturdy, waterproof footwear is a must. 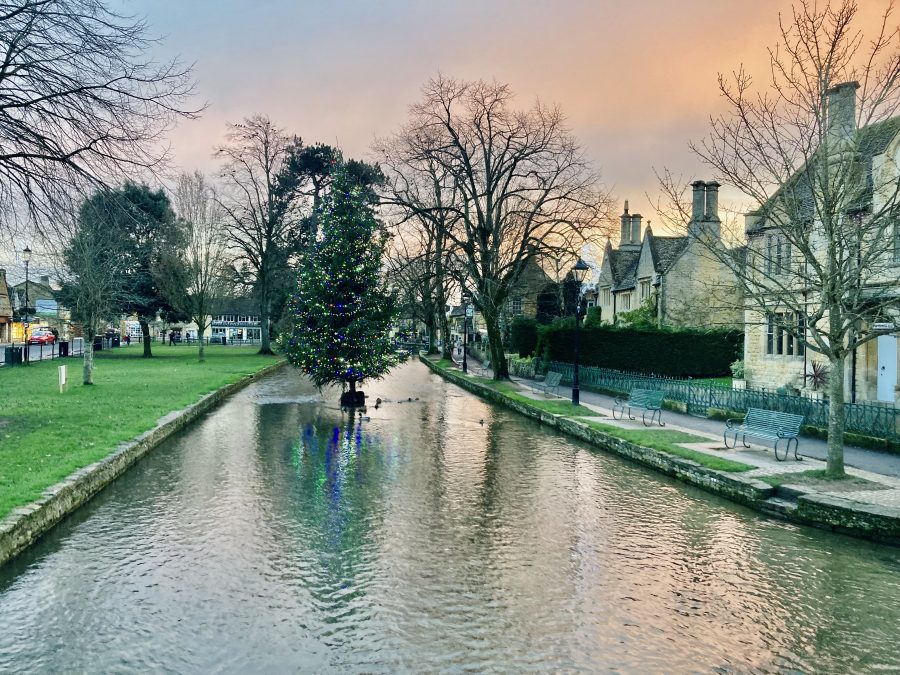 The floating Christmas tree in Bourton-on-the-Water at sunset

Often referred to as the ‘Jewel of the Cotswolds’, Broadway is perfectly located to serve as the base from which to enjoy some of the finest walking in the Cotswolds. The village also boasts a rich artistic heritage and is brimming with fine eateries, inns, magnificent houses, and quirky independent shops located on the pretty High Street, the ‘broad way’. The climb up from the village to Broadway Tower, an iconic landmark standing on top of Beacon Hill, is short but steep, providing good exercise after days of feasting. The views from the Tower are magnificent so be sure to bring hot drinks in flasks to keep warm whilst admiring the countryside. 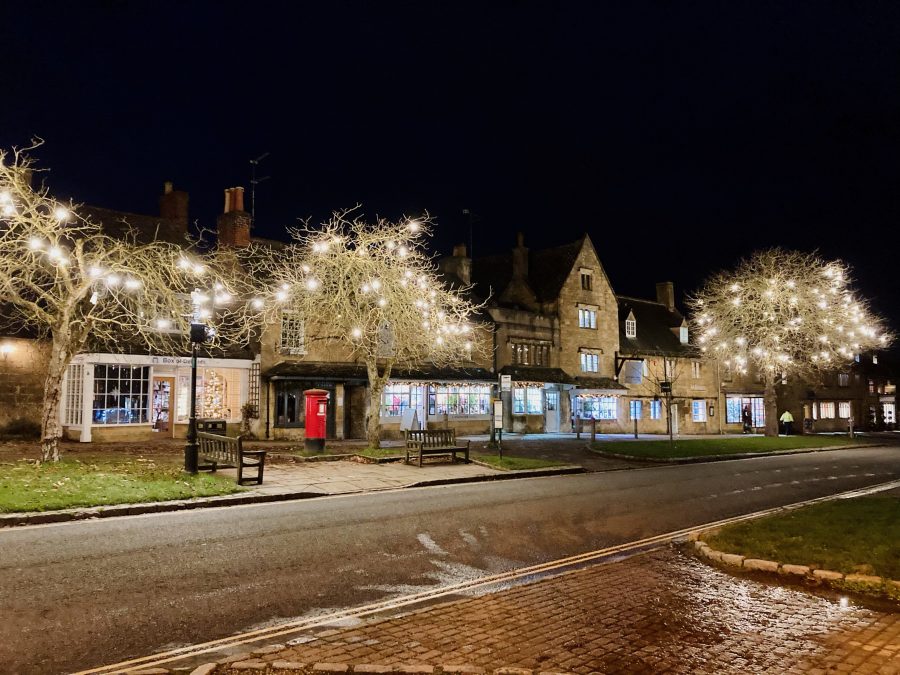 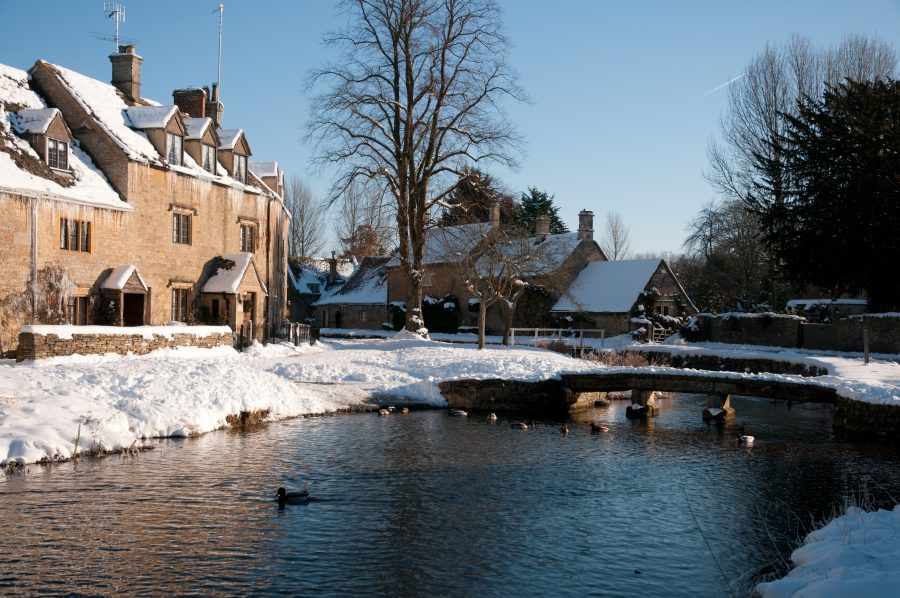 May we take this opportunity to wish everyone a peaceful and merry Christmas and good health and happiness for the New Year.