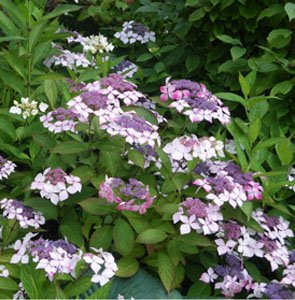 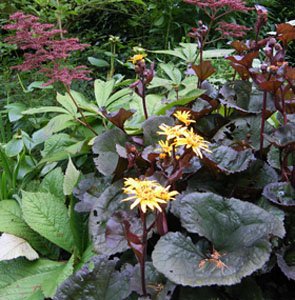 “Flowers always make people better, happier, and more helpful;
they are sunshine, food and medicine for the soul.”
– Luther Burbank

I love flowers and gardens! Gardens are colorful and also peaceful… they make me happy and also help me relax. Because we’re away from home in late spring/summer, we don’t do much gardening any more. Instead we enjoy the abundance of flowers and gardens in Europe… fields of wildflowers, formal gardens, villages decorated with flowers, and more. We’re especially looking forward to returning to the Cotswolds next summer where gardens are one of the highlights of our week.

The English people really enjoy and appreciate flowers and gardens. This love of gardening combined with the fertile hills and mild, temperate climate of the Cotswolds have resulted in some of the most beautiful gardens in England in this special area. We’re fortunate to visit several of these during our Cotswolds Experience week.

The best known garden near our village of Chipping Campden is Hidcote Manor, now a National Trust property. Hidcote was developed by an American, Major Lawrence Johnston, beginning around 1910. Hidcote is famous for its garden “rooms,” each with a distinct character.

We always enjoy our visits to Hidcote, but our favorite garden experience in the Cotswolds is just down the lane: Kiftsgate Court Gardens. Kiftsgate is privately-owned and a more personal garden, quieter, with some wide views over the countryside… and an excellent and friendly tearoom. But one very unique aspect of this beautiful garden is that it’s been developed over 90 years by three generations of women. 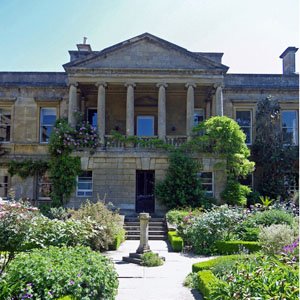 The founder, Heather Muir, was a friend and neighbor of Major Johnston at Hidcote. She and her husband bought Kiftsgate in 1918, and she began developing the garden. Mrs. Muir “decided that the garden would develop organically as she was inspired, rather than planning everything on paper. This has given the garden a distinctly feminine feel, almost in direct contrast to the more masculine lines being employed by Johnston at Hidcote.” (Kiftgate website)

Mrs. Muir’s daughter Diany Binny took on responsibility for the garden in the mid 1950’s. She added to the garden and opened it to the public. Today Anne Chambers continues the work of her grandmother and mother; she lives in the manor house with her family. She sold us our tickets the first time we visited back in 2003.

In the Kiftsgate guide, Mrs. Chambers writes: “Obviously the garden has changed considerably since my grandmother’s day, but by and large the main ideas and colour combinations are much the same. Many new, and often tender shrubs have been planted, and despite disastrous losses after bad winters, we persevere with this policy.”

Kiftsgate is especially known for the Kiftsgate rose, the largest rose in England. The rose was planted in 1938.  Today this vigorous and fast-growing white rose fills an entire area of the garden and has reportedly smothered three trees. It normally blooms in early to mid July, so we hope to see it with our groups in 2013. (See a photo of the Kiftsgate rose on their website here.)

Enjoy this “tour” of Kiftsgate… or better yet, join us for The Cotswolds Experience and see it for yourself! 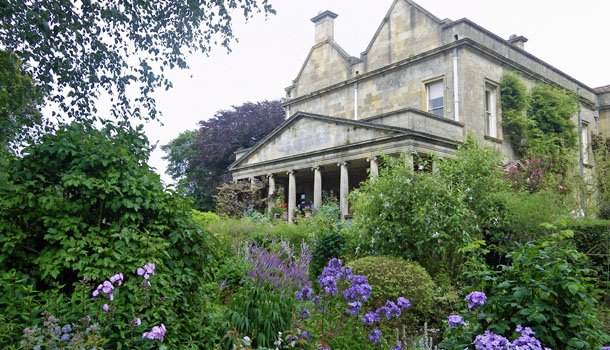 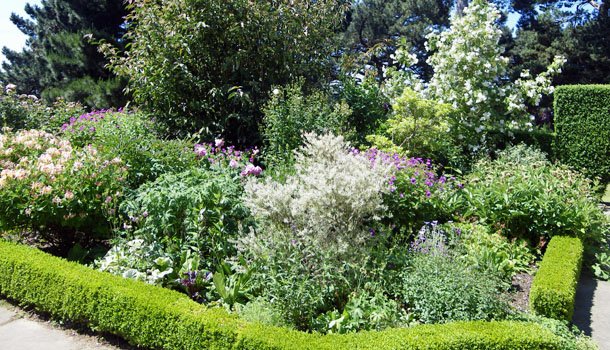 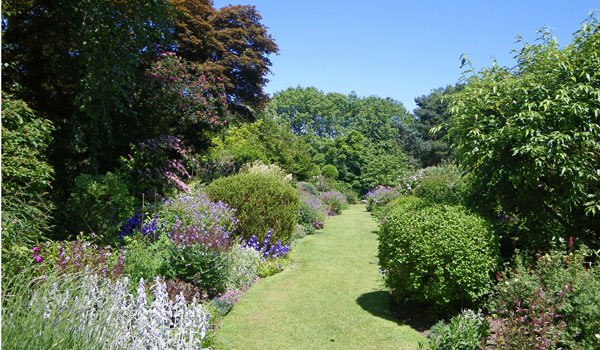 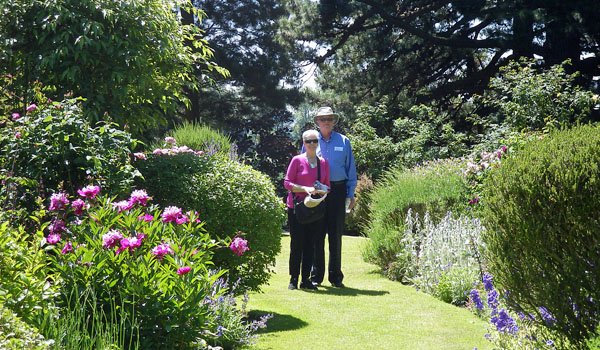 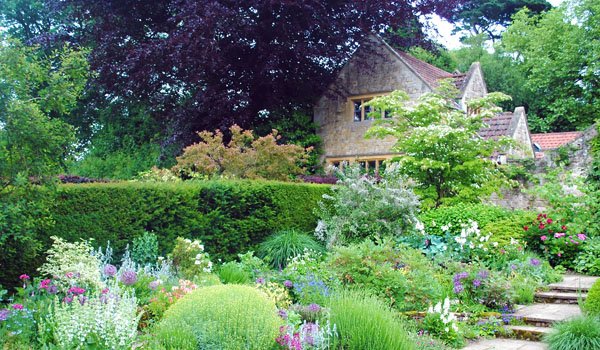 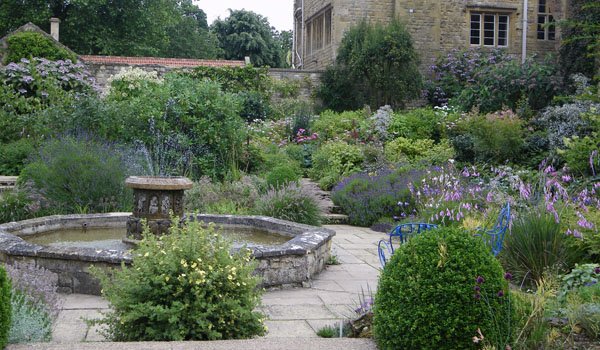 This sunken garden on the side of the manor house is my favorite area. I love the carved stone fountain and the bright blue garden benches. Although the main shrubs have white flowers, there’s an explosion of other colorful flowers. 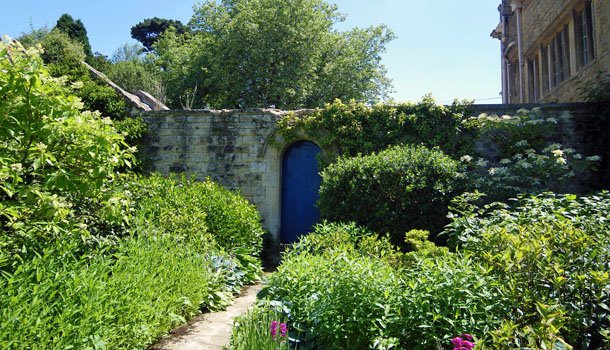 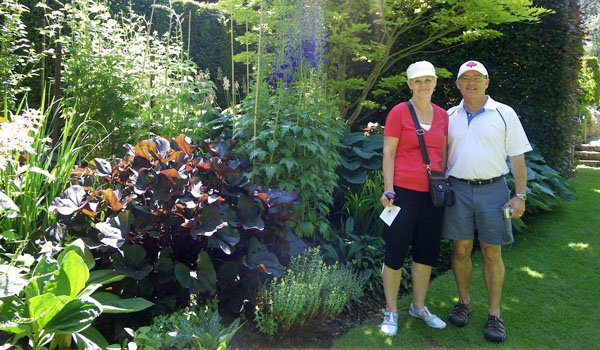 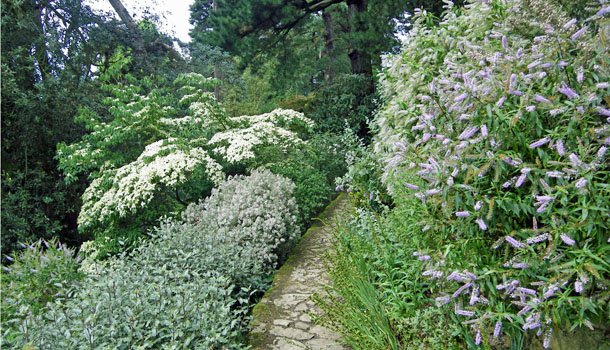 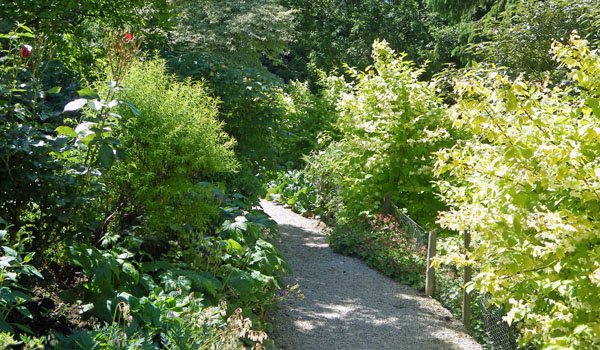 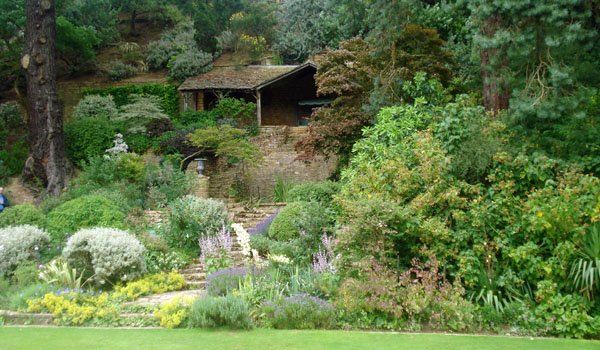 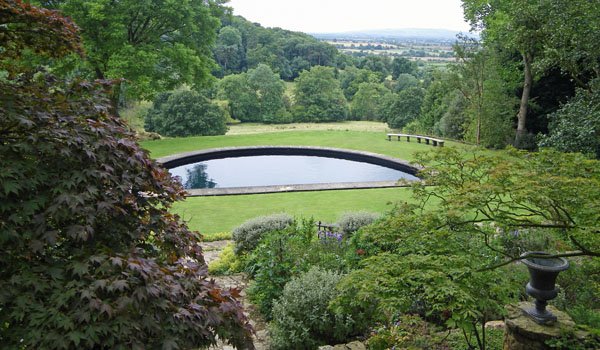 The “ha-ha” at the bottom of the hill is also one of my favorite areas of Kiftsgate. A ha-ha is a unique feature in some British gardens. A trench creates a natural barrier, usually keeping livestock out of the garden, but allowing an unbroken view… as you see here at Kiftsgate, of the lovely Vale of Evesham. (There is also a ha-ha at Hidcote.) 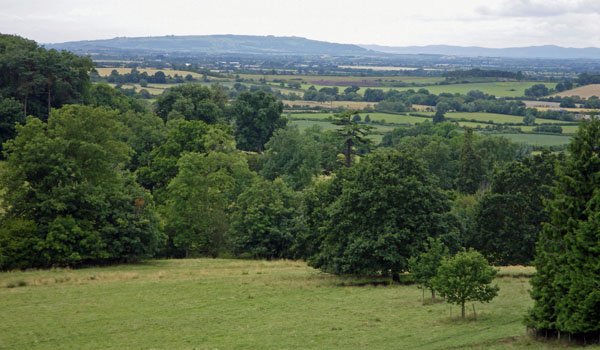 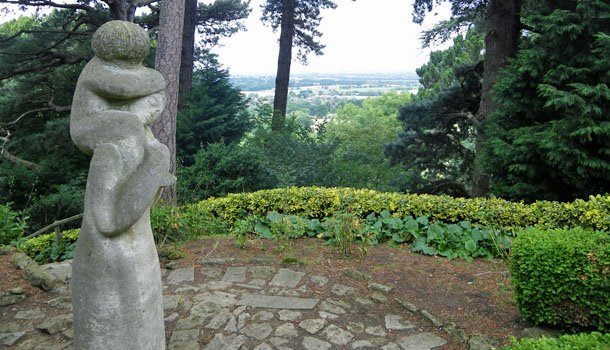 This statue of a mother and child seems very appropriate for a garden developed by three generations of women. It’s in an area of scotch firs on the top of the hillside. 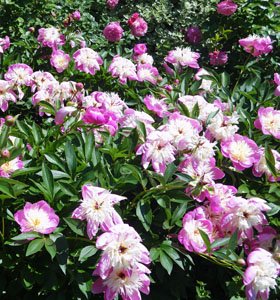 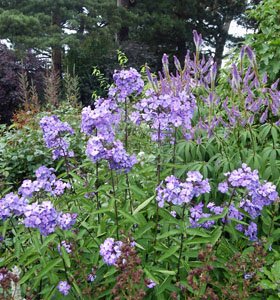