When beer aficionados think about Europe, the countries that immediately come to mind are Belgium or Germany or the Czech Republic.  Italy is not one of the countries a craft beer drinker might think of visiting, and many beer drinkers are not even aware that Italy is producing some really incredible craft beer!

Everything started in Piedmont and Milan in 1996 when a handful of craft brewers started brewpubs.  One of the first was Teo Musso from Le Baladin in the small town of Piozzo in Piedmont.  He’d had a brewpub for ten years, serving foreign beers before deciding to brew his own.  In the years after 1996 Mr. Musso developed several new beers and became an Italian beer ambassador.  In addition to the original brewpub in Piozzo, he also has popular brewpubs in Rome, New York and Torino, among others. Le Baladin beers are some of the few Italian beers you can find in the United States; but they are very easy to find in Italy.

Another pioneer in craft brewing is Birrificio Lambrate in Milan.  Also founded in 1996, this urban brewery started by a group of friends evolved into a brewpub/restaurant that became a meeting place for Milan (and Milan-visiting) beer freaks.

Many breweries have followed the lead of Le Baladin and Birrificio Lambrate and there are now hundreds of breweries all over the country.  One day, eating lunch in Rome, I noticed a table with three businessmen who instead of ordering wine, had a 750 ml bottle of Le Baladin beer on their table.  That is when I knew, without doubt, that craft beer in Italy was there to stay.

Italian brewers use unique, seasonal ingredients in some of their special brews and as one of the premier gastronomic countries in the world they all seem to have the special palate required.  You’ll find local hazelnuts, rare fruits, chocolate and coffee in Italian craft beers.  There are several breweries with restaurants and chefs who pair beers with food in truly amazing tasting menus.  In the GrapeHops Wine, Craft Beer and Local Foods of Piedmont, Italy tour we visit two or three breweries for a few of these extraordinary tasting menus. 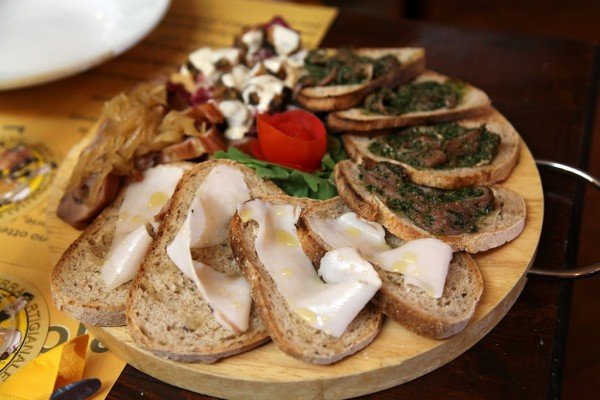 When we combine these craft beer tasting menus with other activities of Piedmont – wine tasting, truffle hunting, and learning about local cheeses and other regional food products, it rounds out our understanding of how important the Slow Food movement is in Piedmont (and the world!) 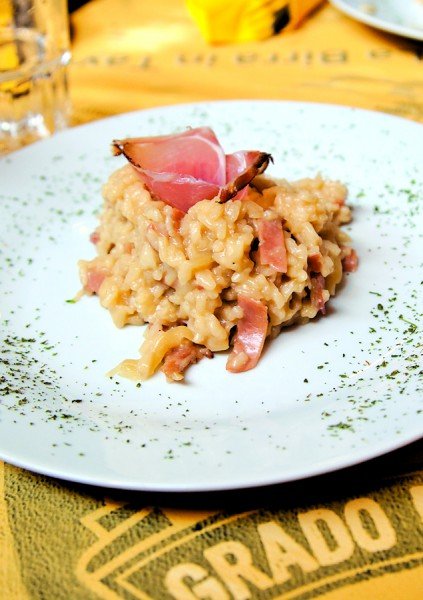 Risotto made with beer at Grado Plato just outside of Torino – magnificent! The chefs working with beer use the beer in creative ways on traditional foods. 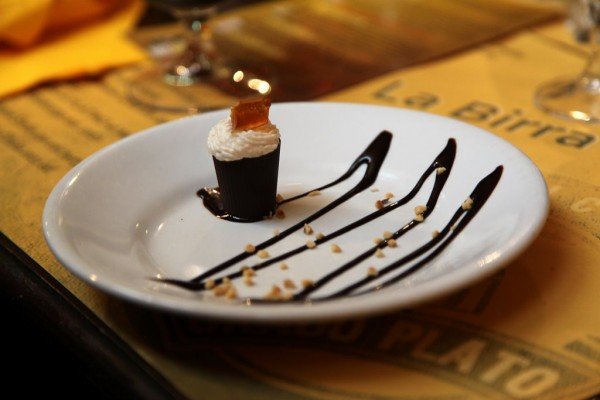 They even use beer in dessert!

I like to call Italian craft beer “beer for wine lovers.” The flavors and nuances appeal to everyone, even if they are “not really a beer drinker.”  These beers are worth seeking out or, better yet, travel to Italy to try some of them in one of the many new pubs opening up all over the country.

Join Shannon and the publishers of Edible San Diego magazine, Riley Davenport and John Vawter for a very special food, wine and craft beer tour of Piedmont in September 2015.  There are only a few spaces left!