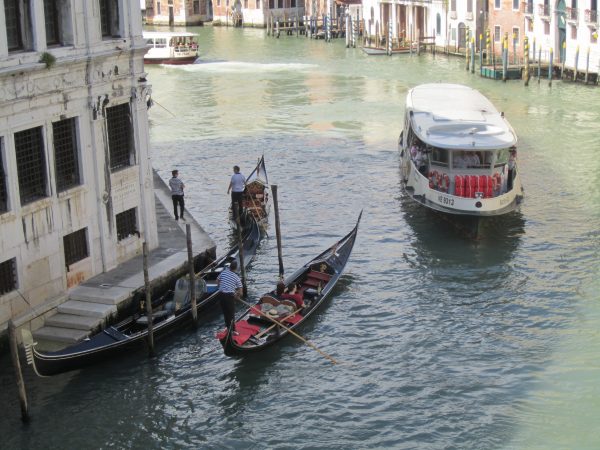 No, this isn’t an homage to Thomas Mann’s novella. It’s the confession of a tour leader who was once scared to death of organizing a trip to this most arcanely complex of all Italian cities. The nightmares! I could only imagine the logistical horrors.

As someone with a much above average sense of direction, I’d been lost in Venice numerous times since our first visit in 1996. Although the city appears to be laid out on something of a simple grid, in reality that grid writhes like a snake, doubling back on itself, as it follows the horseshoe curve of the grand canal. Street names can change from one block to the next, further amplifying the confusion. Barbara and I once took what we thought would be a short-cut from the far end of the Castello to Canareggio, only to find ourselves back where we started after an hour of walking.

I’m comfortable in Italy and don’t mind getting lost when I’m on my own, but leading a group requires so much more. People are depending upon your expertise. And beyond navigating one’s way though the labyrinthian maze of calli, ponti, and campielli (what we might call various streets, bridges, and piazzas), there’s the almost indecipherable array of Venice Card options, offering numerous variations of money-saving vaporetto (water bus) passes along with everything from entrance to churches and pay toilets. How would I explain all this to my clients?

And what of the negative impact mass tourism has had on this ancient city…. the high prices and throngs of tourists taking selfies…. mediocre meals and watered down wine served to the uninitiated? 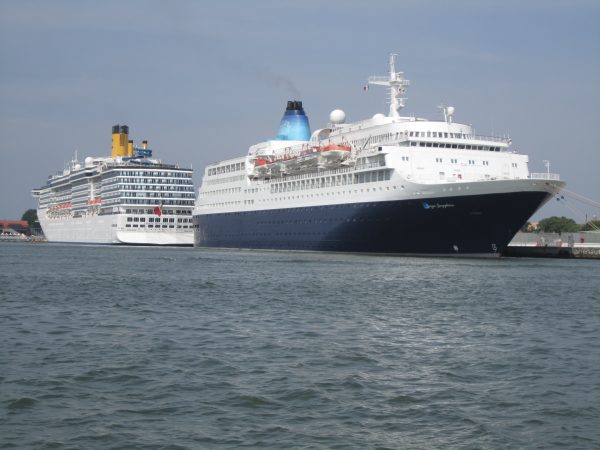 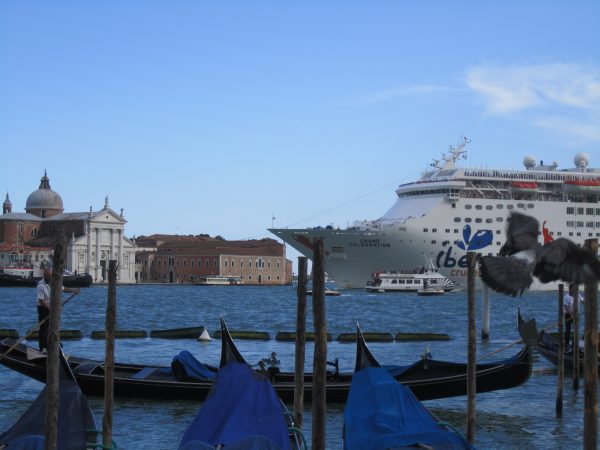 The enormous ships dwarf structures along the shore in St. Mark’s Bay.

I’m not painting a very appealing picture am I? But the truth is I love Venice, and its considerable charms keep drawing me back. It’s still possible to wander quiet neighborhoods and eat great meals at a reasonable, if not downright cheap price. The secret is doing your homework and knowing where to look.

So in 2013 Barbara and I made an exploratory trip with the express purpose of hammering out the logistics of hosting a laid-back Venetian Sojourn in June of 2015. It was such a success that we couldn’t wait to host another group this June to coincide with the 2017 Art Biennale. 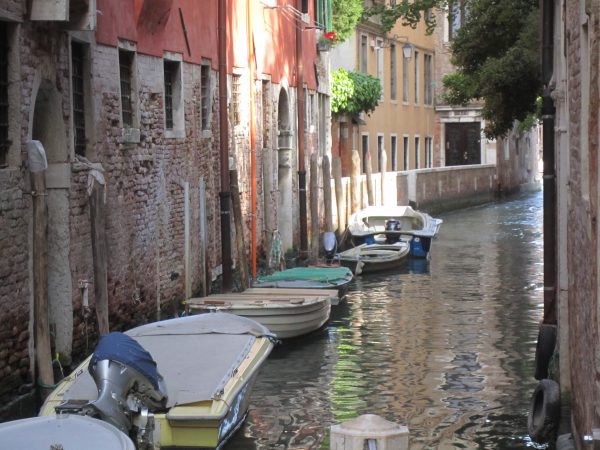 One of the hundreds of peaceful canals that criss-cross the city. 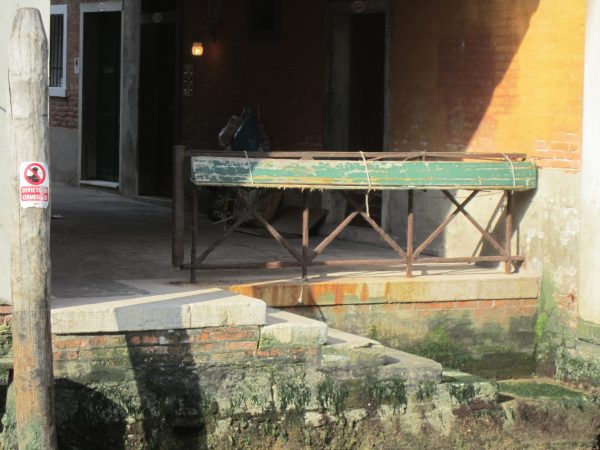 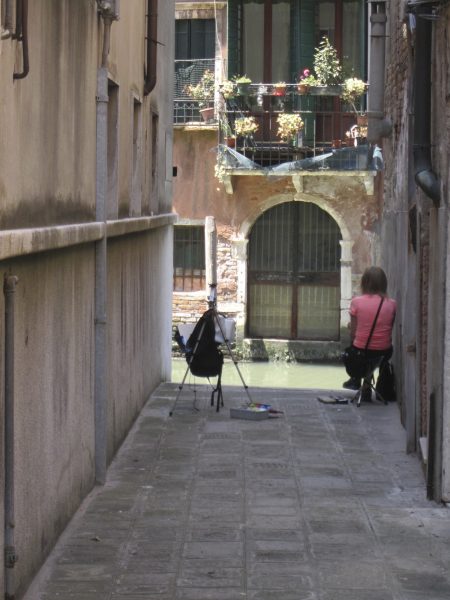 A narrow little street dead-ending at one of the smaller canals. A great spot for painting. Barbara and I worked quietly in the shade for hours. 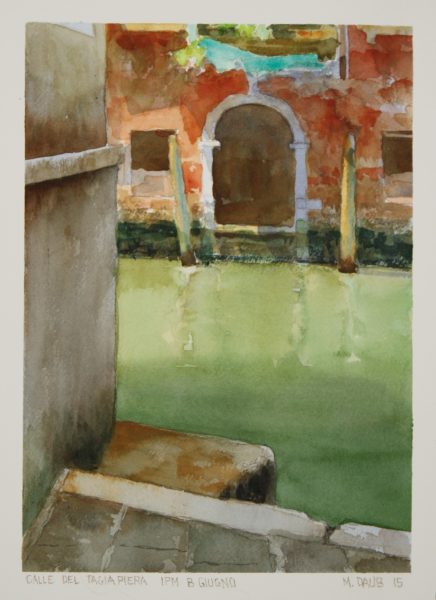 The small plein air watercolor I painted on that very lovely afternoon.

For me it doesn’t get much better than seeing great art and making a painting or two of my own with great friends and loved ones.