When planning our walking holidays for our clients, we are often asked what the best time is to visit the Cotswolds. With so much to see and do all year, it is incredibly difficult for us to choose the “best time”. Weather-wise, the late spring, summer, and early autumn months are the most reliable for dry and sunny days. Otherwise, each month of the year has its own charm and depending on personal interests – from garden enthusiasts to foodies and literature aficionados – there is a whole calendar of events to choose from and attend as part of a walking holiday. With an abundance of spectacular gardens, manor houses and museums, as well as fabulous events such as the Chipping Campden Music Festival or the Jane Austen Festival in Bath, there is something for everyone.

We wanted to dedicate this blog post to the perhaps lesser known, amusing and quirky events that attract both locals and international visitors alike every year.

Where? Various venues, such as Stroud or Hayles Fruit Farm, Winchcombe

Wassailing events have been held across the Cotswolds since the 15th century, in order to bring good luck, good health and prosperity for the new year (the word ‘wassail’ derives from the Anglo-Saxon words ‘waes hael’ which mean ‘be healthy’ or ‘be whole’). The ritual involves singing, dancing and plenty of cider, all in the hope of awakening the fruit trees – particularly the cider apple trees – from their winter slumber and ensuring excellent harvest for the year ahead. The traditions and the songs vary from village to village, but most ceremonies involve ‘offering’ bread drenched in cider to the trees and the robins (the guardians of the trees). Wassailing events often go side-by-side with Morris dancing mummers’ plays. Mummers, wearing silly costumes, face-obscuring masks or with their faces painted green, perform plays with amusing plots, often showcasing the triumph of life over death and good over evil. Why not join the festivities and enjoy some cider, toasting the arrival of spring on your Cotswold Ring tour? 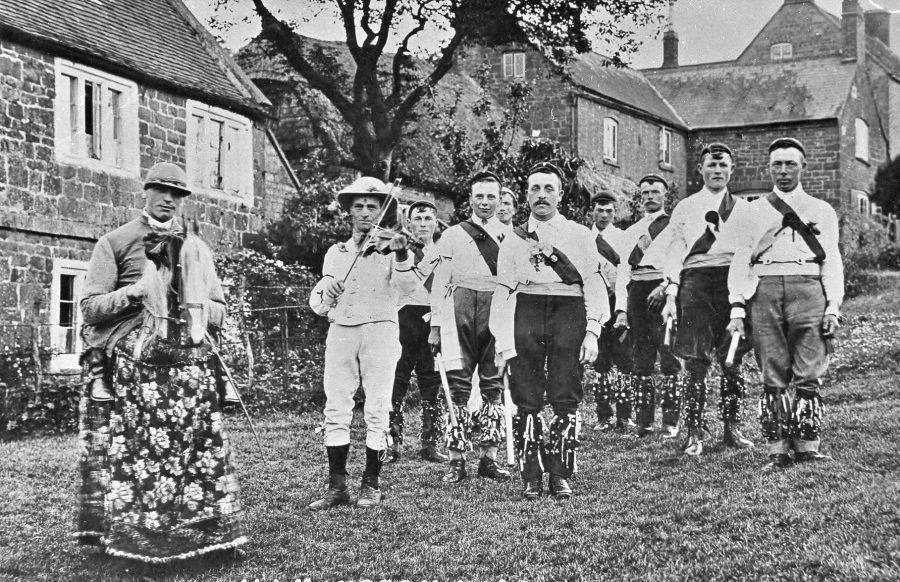 Morris Dancers in the village of Ilmington, 1910 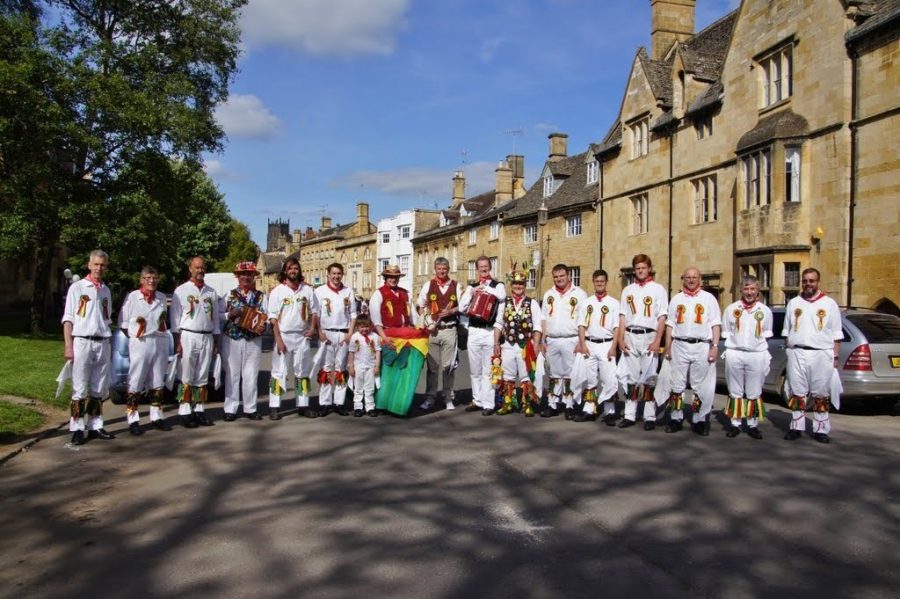 When? Normally the last bank holiday Monday in May, however, Woolsack will not be running in 2022 due to it coinciding with the Queen’s Jubilee holiday

Another quirky event, but slightly less dangerous. The Woolsack Races date back to the 17th century and are said to originate from the tradition of drovers (people walking cattle or sheep to market) running up the steep Tetbury Hill with woolsacks on their backs to demonstrate their strength to the locals. Today, the race – complete with a street fair – attracts a crowd of approximately five thousand people. The competing teams race up and down the 25% hill with woolsacks on their backs (60lb for the men and 35lb for the women) to raise money for local charities. Explore Tetbury and cheer on the contestants whilst on your Oxford to Bath tour. 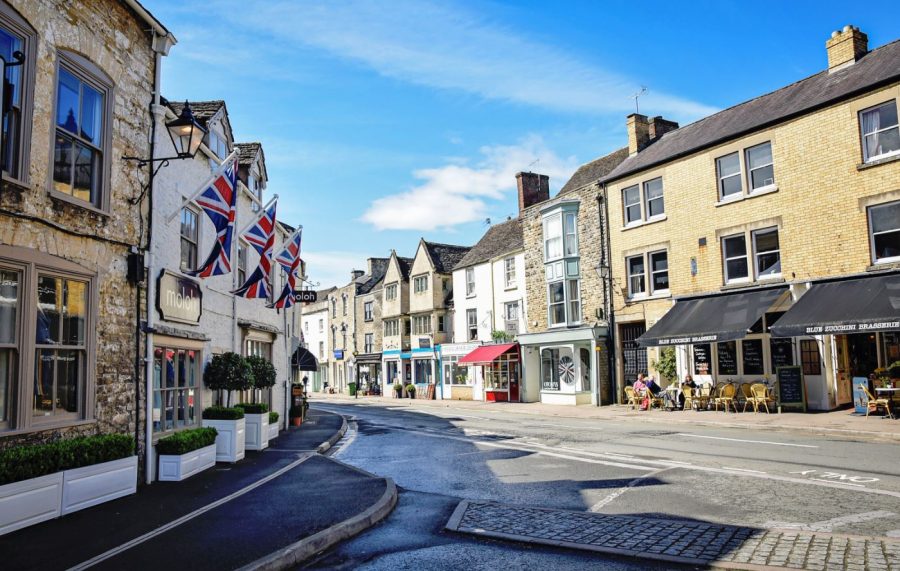 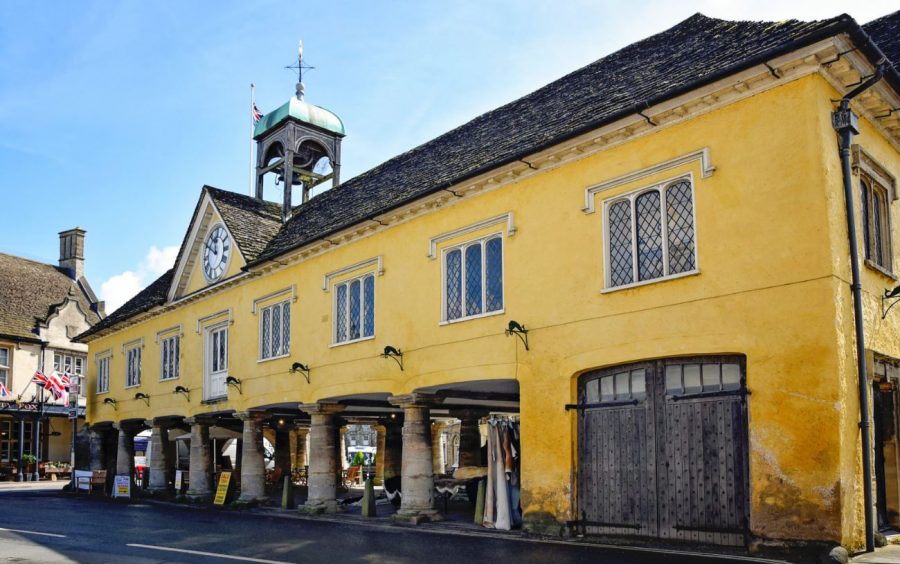 Where? Cooper’s Hill, near Gloucester

An amusing yet dangerous event, the Cooper’s Hill Cheese-Rolling and Wake (festival) is attended by a crowd of spectators and brave athletes every year. The point of the competition is to chase a round of Double Gloucester cheese rolling down the side of the extremely steep hill – the competitor who reaches the bottom of the hill first, wins. The origins of this quirky tradition are unclear, with some tracing back its roots to pagan rituals celebrating the new crop. The Cooper’s Hill Cheese-Rolling and Wake has been running in Gloucestershire at least since 1826. The now world-famous event has had competitors and winners from four different continents over the years. Watch contestants from all over the world chase a round of cheese down one of the steepest hills on the Cotswold Way.

For anyone interested, we highly recommend watching the episode dedicated to the cheese rolling event of the popular Netflix series titled “We are the Champions”. 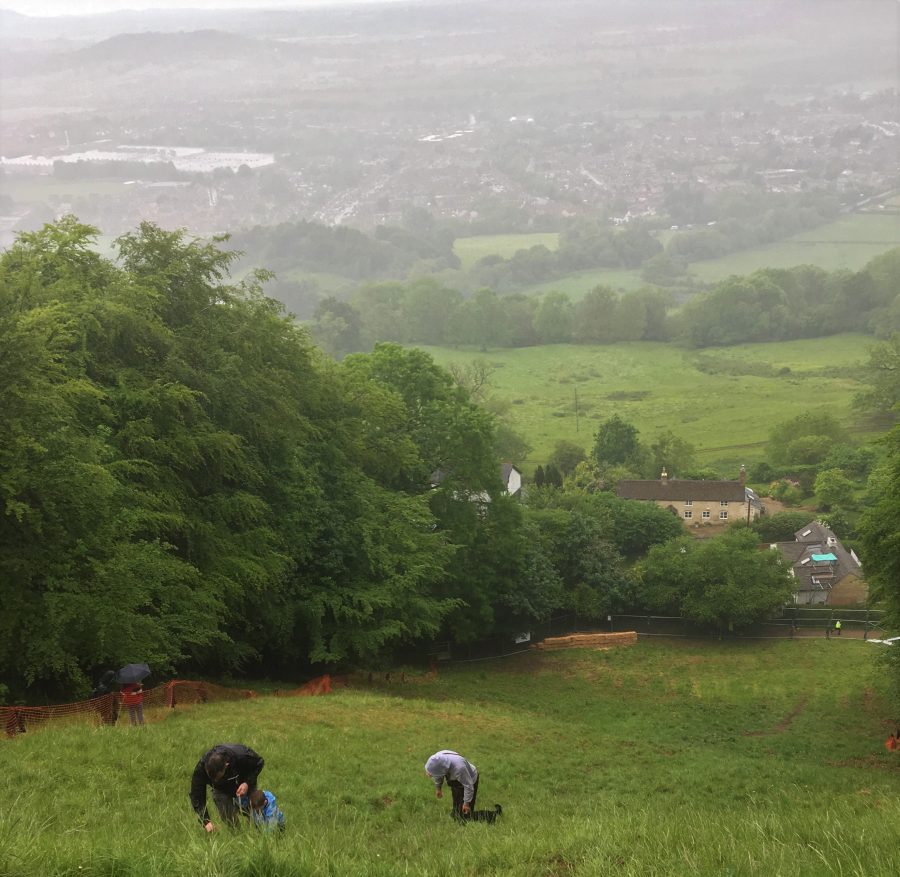 Cooper’s Hill on a cloudy day – it is a steep climb up! 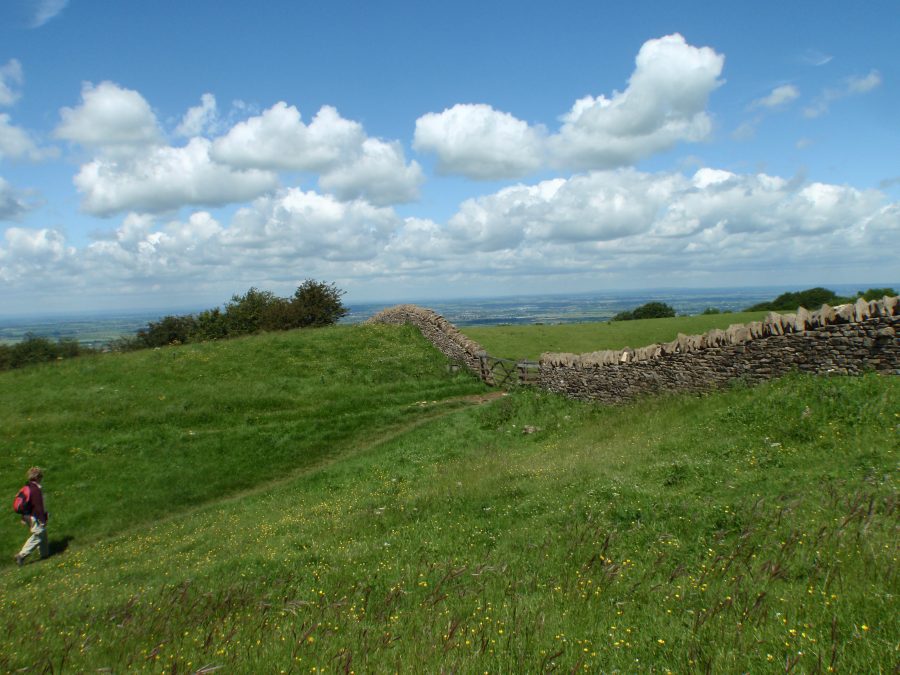 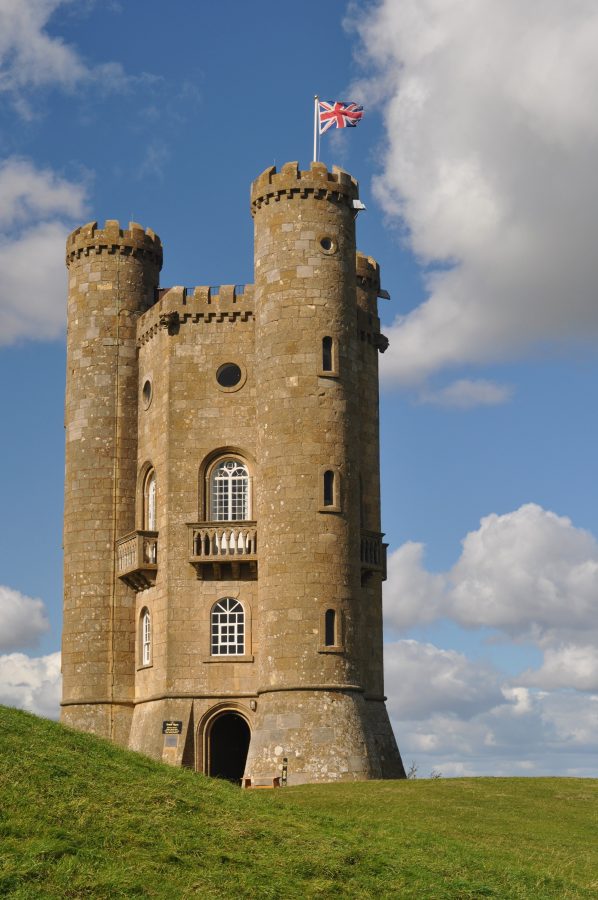 One of the most iconic sights on the Cotswold Way: Broadway Tower
Photo by M. Williamson

Where? Dover’s Hill, near Chipping Campden

An evening filled with weird and wonderful sporting events, fabulous local food, drinks, and music, Robert Dover’s Cotswold Olimpicks is a light-hearted spectacle for all ages. Dating back to the early 1600’s, the Cotswold Olimpick Games are held on the first Friday after the Spring Bank Holiday on Dover’s Hill (named after the founder of the Games). The event attracts a cheerful crowd of spectators, with the most anticipated event being the shin-kicking competition: contestants hold their opponents by the shoulder and try to kick their shins to force them to the ground. Participants wear long white socks, which they may stuff with straw in an attempt to protect their shins. The evening concludes with spectacular fireworks and a torch-lit procession into the town of Chipping Campden. Make more memories and plan your Cotswold self-guided tour to coincide with the Olimpick Games! 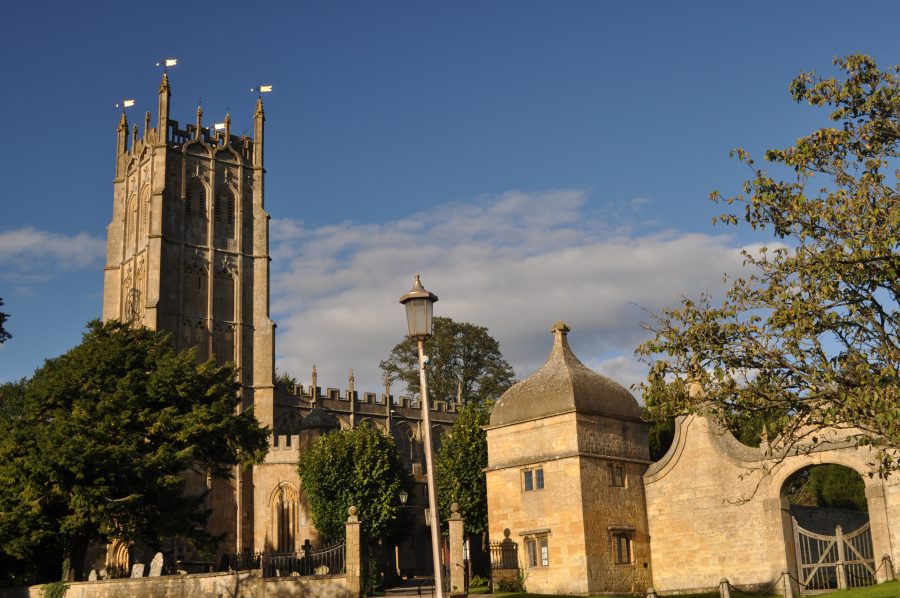 Chipping Campden, near Dover’s Hill has one of the most beautiful wool churches in the Cotswolds: St James’ Church
Photo by M. Williamson

Many thanks to the organisers of Cotswold Olimpicks for allowing us to share this video.