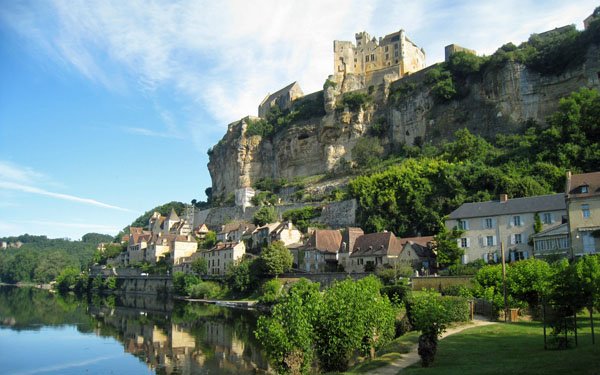 The chance to occasionally put one’s work and everyday cares on hold, throw a few things in a suitcase, and hit the road is one of life’s great pleasures.

Ah, travel! Simply hearing the word evokes memories of favorite places visited, wonderful things experienced, and the happy anticipation of more adventures to come. No other word in our language encompasses so much that is important to so many people.

Investment Review estimates that 260 million people worldwide are employed in some facet of the travel industry. Annual revenue of all businesses associated with travel amounts to the staggering sum of almost 12 trillion dollars. If the travel industry were a country, it would be the world’s second largest economy, according to the World Bank. Close behind the USA, travel’s economy would be roughly equivalent to the combined economies of Germany, Russia, France, Italy and the United Kingdom.

Obviously, much travel is done for business, government, and other non–tourism reasons, but the subset of travelers called “tourists” recorded 940 million arrivals in 2010 according to the World Tourism Organization. That’s three times the entire population of the United States who set foot off a plane, train or car just for the sheer pleasure of getting away from home to see something new.

I account for three or four of those 940 million arrivals each year. An avid and frequent traveler to Europe, I would love to ratchet up the “frequent” part but alas my budget and certain European Union restrictions limit my time there. I compensate and travel vicariously by reading whatever printed materials I can find about my favorite places. This can be guide books, maps, blogs, novels – I don’t care. If I can’t be there physically, let me be there in my imagination. 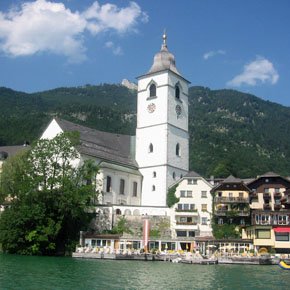 St. Wolfgang in the Salzkammergut 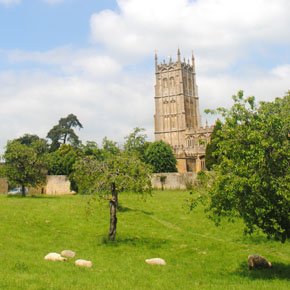 Chipping Campden in the Cotswolds

If asked what I love so much about travel, I used to say it was the lakes, the mountains, the cozy little villages, the sophisticated cities, and so on. It was what was in the guide books, the physical things that set one place off from another; the things that make the Scottish Highlands different from the Alps of Austria, or the lake district of England distinct from the lakes of Northern Italy.

Now that I have more miles behind me than I care to acknowledge, I am more apt to say the greatest pleasure in travel is getting to know something about the people who inhabit these strange and wonderful places. Many of their customs are different from our own. They may eat differently, dress differently, and think differently about politics and religion and a hundred other things. But being fellow members of the human species, there are invariably a lot of things that are the same. Here’s where travel can take on a new and more meaningful dimension. It’s where a visit can become an experience. 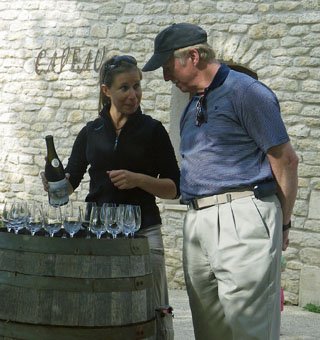 With my 'French daughter' Nathalie

I remember the first time I jokingly referred to Nathalie Margan as my French daughter when introducing her to one of our early Luberon Experience groups. Nathalie is an extremely talented young woman who is now the winemaker at the winery that’s been owned by her family for over 200 years. She responded by placing an arm around my shoulder and with a huge smile saying “and this is my American father.”

Nathalie and I have now made this little joke so many times that we do it automatically and with a warmth that, although we aren’t really family, we are friends, and if she really were my French daughter, I would be very proud of her and her accomplishments. And it’s been a great pleasure for me to watch her grow into her new role during the past six years.

Talking with a Frenchman or an Italian or a German about family and work or hearing them wax nostalgic about their youth has a familiar ring. Hearing them laugh at the foibles of some politician or complain about taxes and government gives me the sense that we have more in common than we have that separates us.

They get up in the morning, fight through traffic that frazzles nerves in Munich or Marseille as well as it does in Boston or New York. They labor at jobs that may be fulfilling or simply labor to get through the day. Family, community, health and happiness are usual topics of conversation.

Two special friendships that we have made in Italy touch our hearts with the concerns common to friends everywhere. Rita and Rosita are two sisters who live in a large 12th century castle on a hilltop in Chianti. They are as warm, human, and worthy of being called ‘friend’ as anyone I know. They share their moments of sadness as well as their times of happiness with us. We look forward to visiting and catching up with them when time and distance have kept up apart and to introducing them to our Chianti Experience groups this June. What else is friendship? 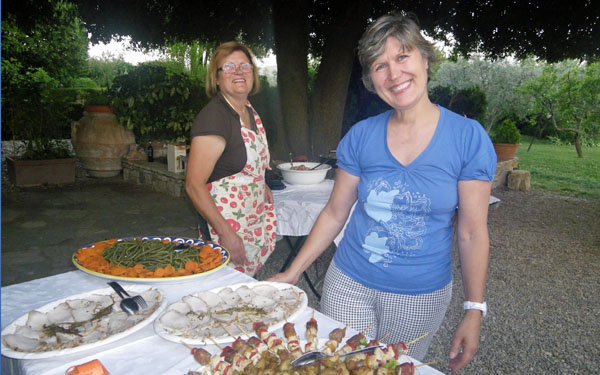 The pleasure of special people (sisters Rita and Rosita in Chianti, Italy)

Ultimately, we’re all ‘in the same boat,’ so if we all rowed together, we’d not only get ‘there’ quicker, we’d get there together. I’ve always thought that travel provides a wonderful education, but now I’m beginning to see travel as the best way to bring different peoples and cultures together for the benefit of all.

Go ahead, pack up and hit the road… it’s the ultimate form of diplomacy and international relations.