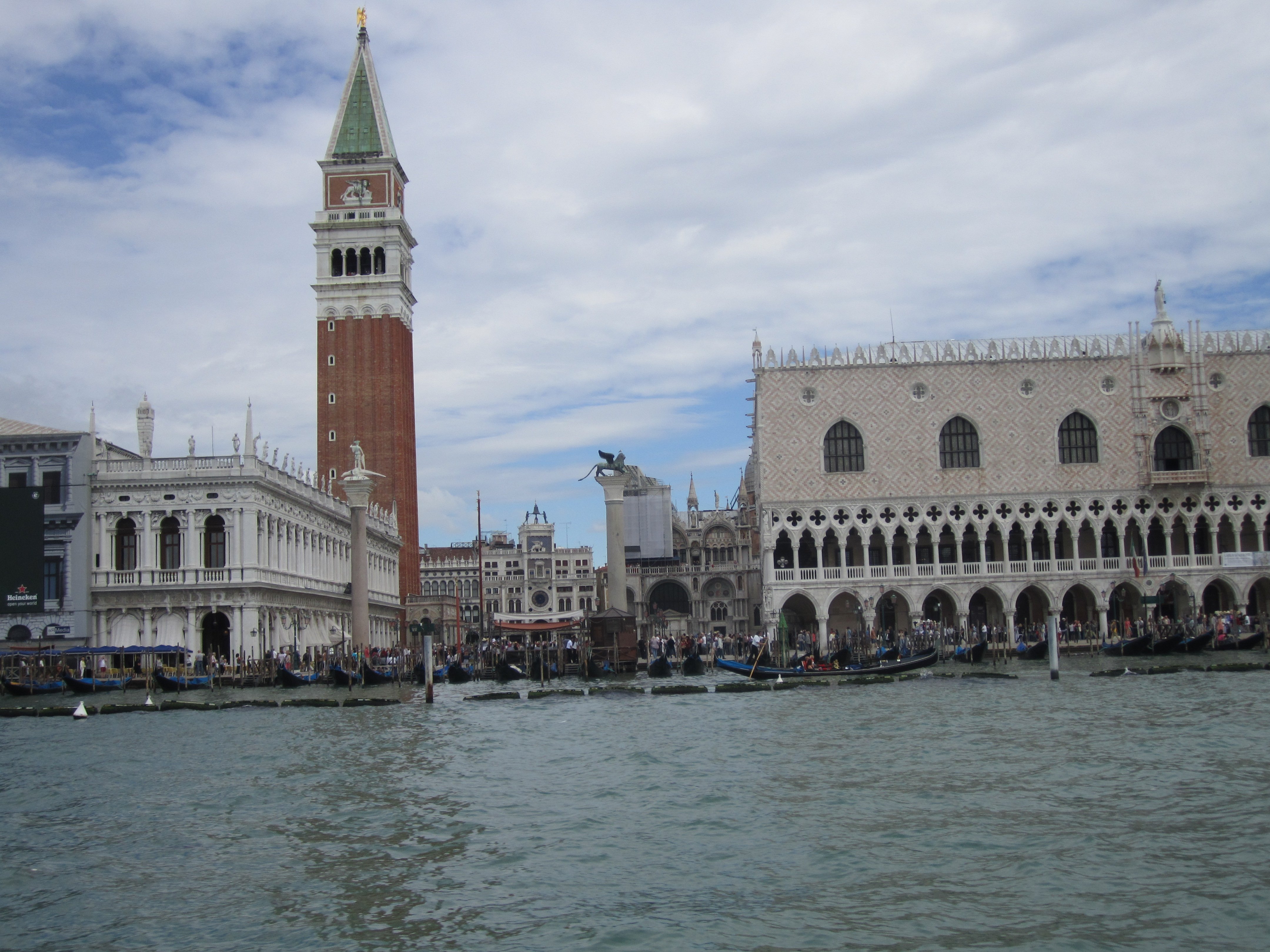 Barbara and I conducted our first Arts Sojourn in 1999, but I’d been teaching plein air painting workshops for another group since 1994. It was wonderful training. I learned as much about what not to do as group organizer and leader as I learned about what to do. The director was Italian to the core. Sam was actually born in New Jersey, but you would never have known it. There was a cadence to his speech that was decidedly not American – like the rare immigrant who has learned our language so well as to be almost indistinguishable from a native speaker. Sam did nearly everything the Italian way.

He had the most generous spirit of anyone I have ever met and the ability to find good in nearly everybody. There was not a devious bone in Sam’s body, but as much as I loved and admired him, I was often frustrated by the gaps in his planning. He exemplified that Italian “tutto bene” – “It’s all well,” even when it’s not. There was no dishonesty in him, just the optimistic belief that everything would work out, and it always did, but not without the considerable aggravation that more careful planning could have avoided.

A great example was his 1996 trip to Bressanone – three weeks in the Sud Tyrol near the Austrian border. In addition to my painting class I was responsible for leading a group of nearly fifty travelers on a four day side trip to Venice. Sam made all the arrangements. He booked us at half board in a religious order in the Castello district near the site of Venice’s international art festival, the Biennale. How romantic! We were filled with visions of an austere, yet tranquil monastic visit. Sam had never stayed in this particular place, or even seen it, but he assured us all would be good. But what in the world was he thinking, placing me in charge of such a complex mission? I had never been to Venice and my Italian language skills were almost non-existent. 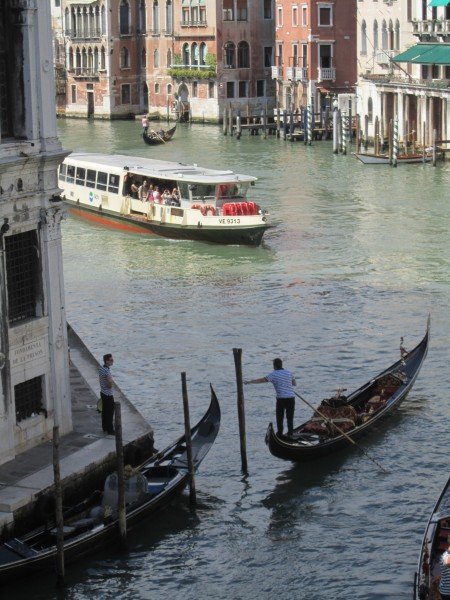 Our bus full of ignorantly blissful tourists made its way south from the dolomites to the marshy plains of the Veneto. Upon arrival at Tronchetto. the Venetian parking island, I led our group to the correct vaporetto and we squeezed on board along with all of our luggage – no small feat in itself!  Like all first-time visitors, we were slack-jawed, pressed together sardines, completely mesmerized by Venice’s almost surreal beauty. Our vaporetto chugged its way along the major canals, passing rocking gondolas, water taxis and work boats, stopping at San Marco, and finally reaching Giardini, where I signaled for everyone to disembark. With suitcase wheels clattering, we made our way along cobbled pavements to the “religious order” that Sam had booked for us.

Our “monastery” was a charmless youth hostel and neighborhood recreation center. Our cramped contemporary dorm room offered a lovely view of the basketball court where floodlights blazed and children screamed until the ten PM curfew, when suddenly all lights went out and a code of silence was strictly enforced. Even a muffled conversation in the hall would bring an angry Italian tirade from the priest in charge. My smaller-than-single cot was so bowed in the middle that it was literally impossible for me to lay on my stomach. There were no private or even semi-private bathrooms; only a large coed toilet room of divided stalls.  To make matters worse we had arrived during one of the most blistering heat waves on record. The suffering Venetians carried home whatever new window fans they could find. We had no air conditioning, no fans, and apparently no luck in the height of tourist season. We settled in, determined not to let our less-than-perfect lodgings put a damper on our Venetian holiday.

Sam had already booked us for half-board. Perhaps we would feel better after dinner. Our group sat down in the sticky cafeteria. Mushy pasta with red sauce was ladled onto our plates accompanied by a green salad. In a very short time someone from our group leaned over and whispered something in her partner’s ear. In turn, this person whispered to the next. This chain continued until finally I got the message – “Don’t eat the salad!” I looked into my bowl and immediately noticed movement. Little gray bugs were taking their evening passeggiata on my lettuce.

Breakfast the next morning was similarly revolting. In the countless meals I have eaten in Italy over the years I have never, before or since, tasted coffee like this. It had a strong chemical flavor and aroma that gave the piquant suggestion of having been brewed using paint thinner instead of water. As Barbara and I left the “monastery,” heading to a bar to get something to eat, we saw wooden crates of lettuce sitting on the sidewalk out front. They made the perfect pigeon roost – a combination trattoria con toilette – probably renowned as “the place to be” for Venetian pigeons; sort of an avian version of Harry’s Bar.

My next order of business was to try to communicate with our less-than-congenial priest that I was unbooking half board for the entire group. We may not have had other options for sleeping, but we could certainly do better eating breakfast and dinner on our own. There was a photograph of the priest on his office wall. He was standing next to the Pope; just the two of them and they looked very chummy. I knew I would be at a disadvantage in the negotiations. The priest had absolutely no patience for my attempts to speak his language and his gruff demeanor did not help my efforts one bit. He had a sidekick in his office that he turned to occasionally to make snide comments. “This one speaks pochissimo Italian,” he said with a snicker. It was about the only part of his sidebar conversations I completely understood, and he was not paying me a compliment.

We spent four, sweat-drenched, mosquito-infested, nights with our gracious Venetian host. Our travails were magnified times fifty – with our unfortunate travel companions stranded in the same hell-hole. We left Venice during a Vaporetto strike –  a parade of sorry tourists wheeling our noisy luggage through the streets to Piazzale Roma, where our bus was supposed to be waiting, but due to another lapse on Sam’s part did not arrive for another three hours. 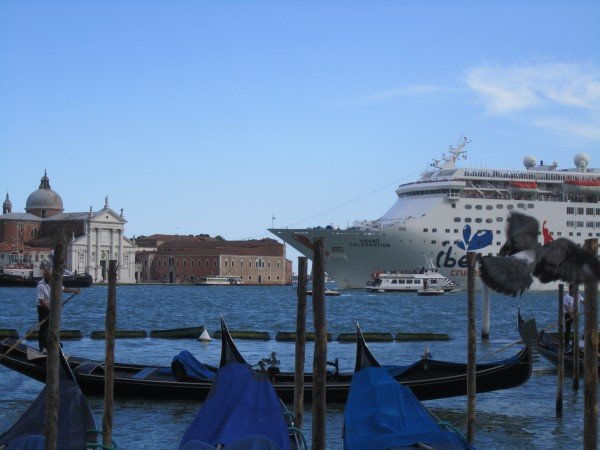 So why do I still love Venice? The faded lady and I certainly started our relationship off on the wrong foot. My least favorite places in Italy are those where the balance has shifted and the number one industry is catering to tourists. I should not like Venice. All of the things you have heard about it are true. It is ridiculously over-crowded. Some streets, near the Rialto for example, are nearly impossible to move through. It is overpriced. It is quite possible to be served low-quality meals and watered down wine. Many Venetians have moved away – guilty as charged! But I think any visitor who comes away from Venice with the negatives first and foremost must have no soul. It is like nowhere else in Italy – like nowhere else on earth – a world onto itself that simply must be seen and experienced. I am certain there is nothing that can dim the lights of Venice; not sweltering heat, miserable cots, or short-tempered priests. The city’s magic is just too potent.