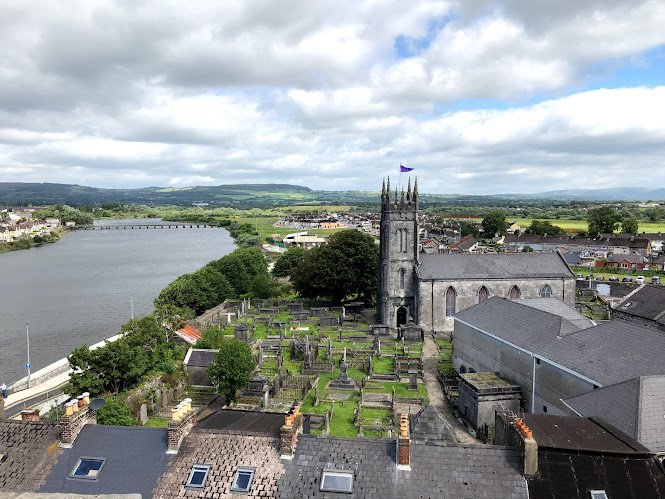 It was the summer of 2005.  My husband and I took the kids to Europe for the first time when they were ages 11 and 9, respectively.  We thought it would be a good experience for them to see how other people in the world live.  It was also my husband’s first trip to Europe and he needed that education as well.  We chose Ireland because of the common language and proximity to the U.S.; also, it was easier for me to convince my husband because he is a national handball champion and the game has a long and cherished history in Ireland.  We had heard that every village has a handball court.

Everything was going well as we drove around to places friends had told us to visit.  The kids got a kick out of the driver sitting on the “wrong side” of the car, and driving on the left side of the road.  I had to yell “Go left, go left!” every time we approached a traffic circle.  At the Cliffs of Moher, I definitely did not allow my 9-year-old son Nathaniel to get close to the cliff edge without my hand on his arm.  He was all little boy, and there were no fences!

The roads are narrow, however, and the stone fences bordering the roads are ubiquitous.  When a car or bus comes at you from the right side, you instinctually move to the left to avoid it.  It’s a very strange feeling.  My husband finally moved over just a tad too much and hit our tire on the stone wall.  For some reason, we didn’t feel the need to inspect the damage until we got to Killarney, a fairly big town.  We had a flat tire.  Being newcomers to Ireland, and a bit overwhelmed at every wrench in the plans, we were staring at the open trunk when a young couple approached us.  I suppose everything about us was screaming “American”!  Our kids were probably wandering around looking for cheap souvenirs or taking pictures while we surveyed the damage.

The young couple offered to change our tire for us.  Not only that, they were on their honeymoon and spending precious hours of newly-wedded bliss in Killarney.  That is the precise moment I fell in love with Ireland.  I am fairly well-traveled and neither before nor after that trip have I met lovelier people or witnessed a national consciousness that values connectedness above all.  Ironically, I have since heard of tire-changing scams in other countries that lead to the would-be Good Samaritans extorting money from the hapless tourists.  Not the case on that day in Killarney long ago!  These were simply good people who valued visitors to their beautiful country and had a deeply-instilled pride in their heritage.

My children are grown now and have both studied in Europe.  My daughter Dayva worked as an au pair in Paris after college.  In the mid-2010s, I was struggling as a middle-aged lawyer with a lot of work history behind me.  It was getting stale.  I needed an Act II.  I had been with my family to Ireland again, but I always missed it.  It was a hole in my heart.  I decided to make Ireland part of my life on an ongoing basis by taking mature women there to discover the joys I had discovered with my family.  I knew that not every woman has a spouse or partner—by choice or life circumstance—to travel with.  Also, I knew that I wanted to stay in towns for three nights each in order to get to know the place, have time to visit the local pub or grocery store, and talk to the hoteliers over days not hours.  I wanted to connect with the local people, in other words.  Her Irish Road Trip has home bases in Doolin, Dingle, and Dublin, not because of my tendency towards alliteration, but because they are a good combination of village, town, and city.  We visit all manner of attractions in the environs of these home bases, from a castle, to an abbey, to cliffs, to a spa, to a cooking school, and much more.  This is a tour for women who want to soak in Ireland. 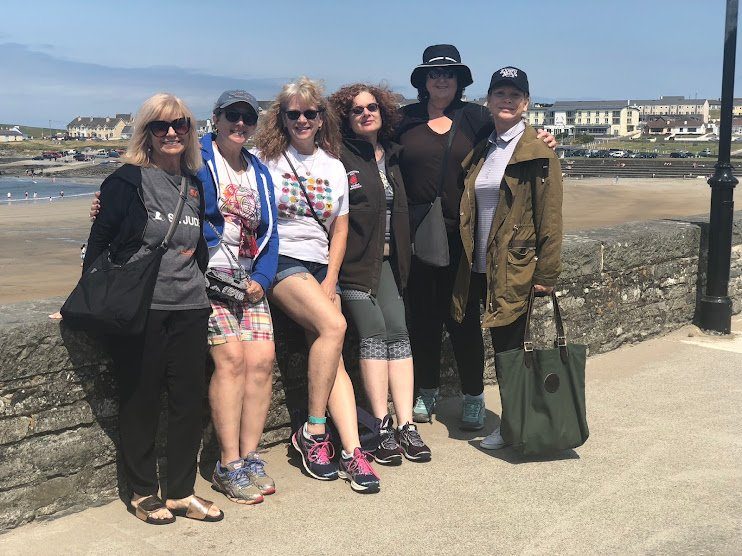 From family to women companions, I have made the journey to incorporate Ireland into my life, and hope you will join me!  Here we are in the beach town of Kilkee on Ireland’s Atlantic coast.  We’re on our way to Loop Head to hike, passing George’s Head, Foohagh Point, Castle Point, and Tullig Point.  It’s not the most famous of Ireland’s peninsulas, but it’s beautiful, secluded, and awesome. 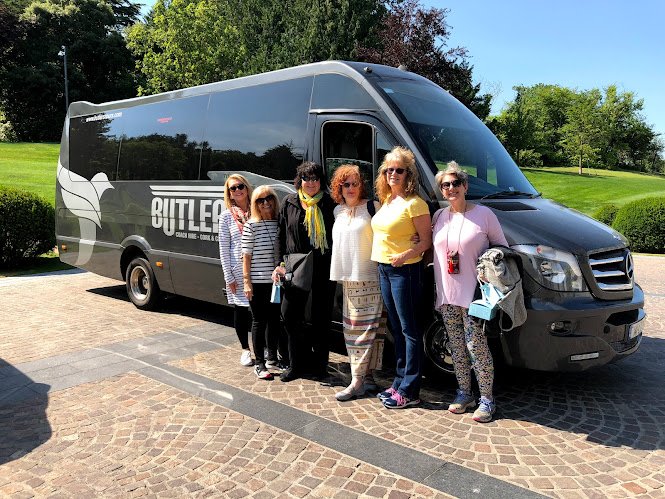 Our Irish driver scoots us around in an “executive coach”—it’s not a big, noisy bus, and not a cramped van.  It’s perfect for women on the go! 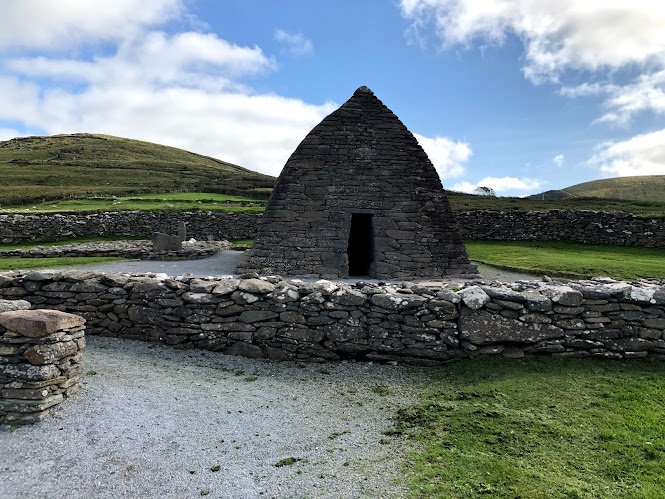 See the Gallarus Oratory on the Dingle Peninsula, an early Christian church believed to date from between the 6th and 9th centuries.  This picture was taken in September 2021, during a rare visit devoid of other tourists.  Lucky women to see it in such a peaceful setting!  There are theories that it served as a shelter for pilgrims or as an ancient burial place.

Get your groove back in Dublin, the final stop of the tour.  Riverdance at the historic Gaiety Theatre will mesmerize you.  We have tickets to see this joyous spectacle in July.  We may even bust a few moves as we make our way to dinner afterwards!  We’ll also take a two-hour walking tour with a graduate student guide to see the Viking and Georgian parts of the city and taste its rich history.  It will have you frequenting bookstores to find out more.  Here’s a hint:  You can go to the central Post Office on O’Connell Street, where the 1916 Easter Rising took place, and imagine representing Cumann na mBan, a group of women rebels.  It will take you back in time.

The Road Trip will be in Ireland on May 19. Follow us on Facebook and Instagram. Now filling up the summer 2022 Road Trip from July 27 to August 6.  For further information, visit us at www.heririshroadtrip.com or email heririshroadtrip@gmail.com.