Josselin is not only our ‘home port’ but our favourite stop on our cruises. It’s a spectacular chateau and its soaring walls create gorgeous reflections in the canal.

The town itself has a wealth of half timbered houses; 54 still stand. One particularly fine example called the Maison du Porches has recently been renovated and now stands as a testament to the skills of the woodcarvers, stone masons and roofers needed to restore a medieval building. It is now the beautiful permanent home for the Tourist Office  as well exhibitions on the first floor. 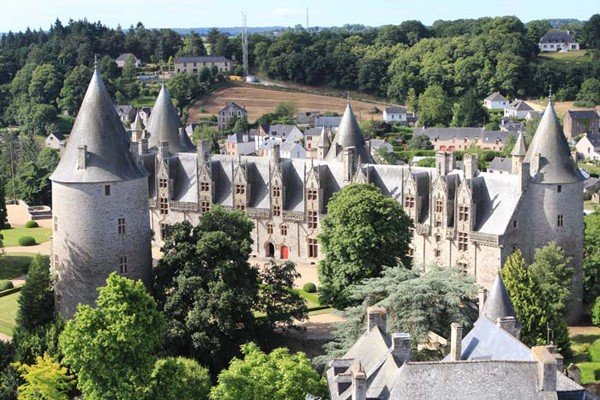 Legend says that the town itself was originally founded as the result of the find of a wooden statue of the virgin in a bramble bush in the 9th century. Apparently he took it home but the next morning it had returned to the bush. This was taken as a sign that a chapel should be built on the spot. 200 years later in 1008 Guethenoc viscount of the county of Porhoet decided to move his court to the area and after taking advice built his chateau on the banks of the river near the chapel of Notre Dame de Roncier (our lady of the brambles).  He also promised to establish a priory , a feat which was carried out by his son Josselin who gave the town his name. 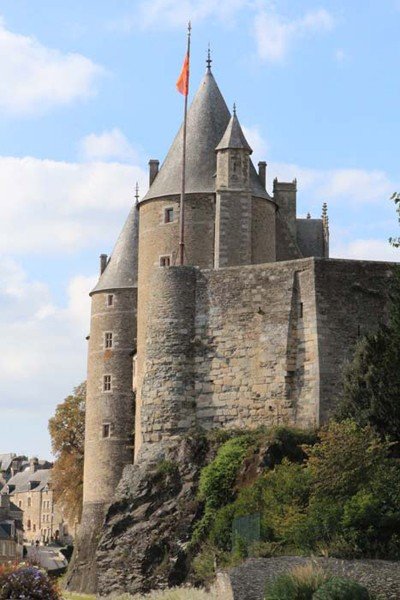 From this point on the chateau, or fort as it was in those days became the focal point in many a skirmish and war and was demolished on several occasions. It was always restored or rebuilt. Although the current chateau is a spectacular building, it is actually just one face of what was originally a huge square building with a central courtyard and had nine huge towers, one of which even had a built in windmill. What a sight that must have been; rather like a Breton Carcassonne. 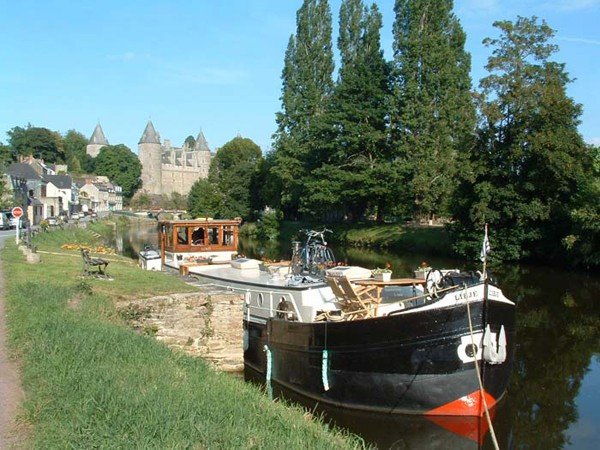 The town also hosts an annual ‘Pardon’ on September 8th when parishioners from far and wide come to parade around the town singing  the chorus to songs broadcast from the basilica. There are usually around 5,000 people taking part and is quite a sight.

The other ‘main event’ is the biennial medieval festival which is always held on the 14th JulyNowadays Josselin is a major tourist attraction and we are lucky in that nowadays we can moor up beneath the castle walls allowing guests to wander up to the town through the small entrance called the ‘Trou de Chat’ which literally means cat hole. The centre of the town is almost exactly as it was in the middle ages and on market day here when the town bustles with stalls and traders amongst the timbered buildings it is easy to believe you have travelled back in time. The whole town enters into the spirit with everyone dressing up in medieval costume. There are also events put on by professional players and musicians which make the whole day an event to look forward to. 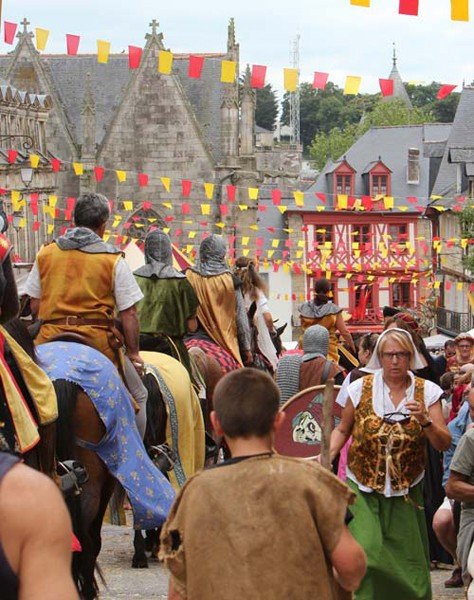 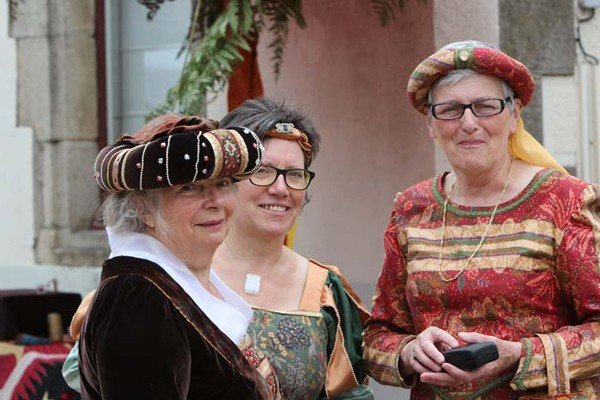 The original chapel was replaced in the 11th century with a building more in keeping with the status of the Lords of Porhoet. This was later destroyed in the 12th century and replaced with current basilica. It is something of a time capsule tracing styles across the centuries with some fine stained glass windows, It also houses a magnificent marble tomb of Olivier de Clisson and his wife Margaret. During the Revolution they actually decapitated the statues as well as those of all the smaller staues surrounding the tomb.  The basilica has some of the most spectacular gargoyles I have ever seen, and the slow traveller should pass carefully during a rainstorm as they throw water right to the centre of the streets below! 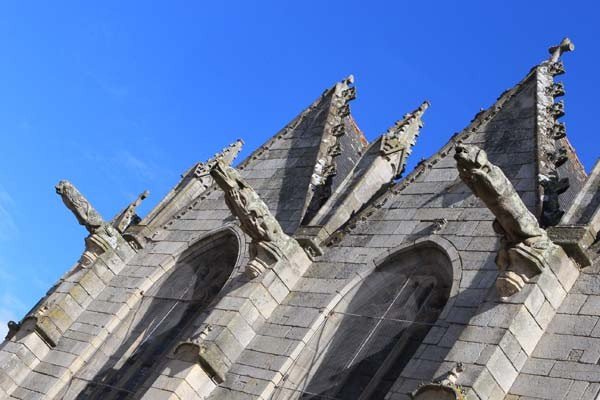