We recently wrote about Rene Castanet of Castel Merle who was from the fast disappearing generation of farmer/archaeologists.  Now it is the turn of Gilbert Pémendrant – the last farmer-come-prehistorian, or to translate more accurately – the last peasant farmer/prehistorian.  ‘Peasant’ is now used as a derogatory term in English but it has a different connotation in French – and the term fits Gilbert Pémendrant perfectly.  He is both a hard working farmer – albeit it at a very simple level with just a few animals – and also a self-taught, but extremely knowledgeable prehistorian.  Like Rene Castanet, he (and his brother) inherited from his father the farm and cave of which he is so justifiably proud – Grotte de Bernifal. 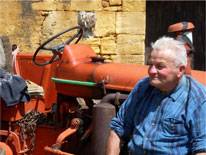 Gilbert is M. Pemendrant’s official name, but he is known to his family and friends as Maurice. He was born 12th June 1935 at his parents’ farm and which is where he now lives and works, the grotte (cave) being close by.

This gem of a cave is located at Meyrals, near Les Eyzies, the ‘Capital of Prehistory’ – it was amongst the first caves discovered in the area in 1902 by Denis Peyrony (he also found Font de Gaume and Les Combarelles around the same time) and now it is the last cave in its original state (eg without the introduction of electric lighting and walkways) where you are shown around by the owner.  It is only time and geological events that have changed this cave – the original entrance was blocked, perhaps by an earthquake thousands of years ago. The paintings and engravings are as left by the artists and date back to the Magdalenian period (19,000 – 12,000 years ago). The lighting used by M. Pémendrant is almost prehistoric by today’s standards – a old car headlight, powered by a battery contained in a bag slung from his shoulder!  It’s all part of the charm.

Bernifal has over 100 engravings and paintings which include horses, bison, mammoths and ibex.  There is also a tectiform (roof shaped) image which Gilbert Pémendrant describes in the film in great detail, revealing that it is in fact made up of numerous tiny dots – this must involved a huge amount of work (and skill) and its meaning is lost to us now, but must have been very significant.

And now, M. Pémendrant is also a film star!  He is the subject of a film made by Sophie 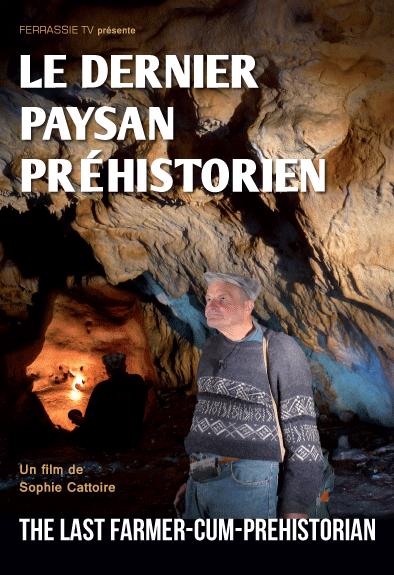 Cattoire for Ferrassie TV – this is how she describes her movie:

“A film shot “up on top” and “down below” – on a farm and in a cave in the Périgord Noir. A film about the magical appeal of prehistory, the sheer physical pleasure of going deep down into the underground world and discovering paintings and drawings testifying to the artistry of those human beings we once were – when mammoths were legion. The experience is indeed fascinating and extremely gratifying… even more so when your guide is someone who is madly in love with his cave – the cave that will be cherished forever. The film is a portrayal of Gilbert Pémendrant, the owner of the seventh painted cave to be discovered in the world: Bernifal Cave in Meyrals, Dordogne” 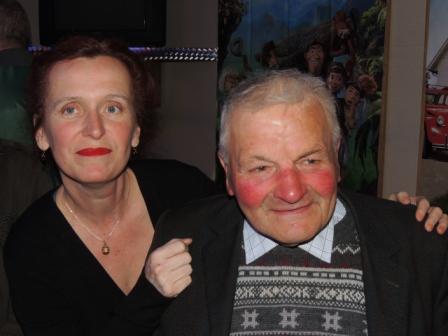 It is not possible to make reservations to visit Bernifal – you have to take ‘pot luck’ and may have to wait for M. Pémendrant who may be already guiding a party in the cave, lunching or working on his farm!  (His two nephews also now conduct tours, so this increases your chances of seeing this gem).  But it’s worth the wait – as with so many of the other sites in this amazing region, it is indeed a privilege – and not a right  – to visit them.