In our last blog we told you about the underground tunnels at Ramsgate where so many of the 350,000 British and French troops evacuated from the beaches of Dunkirk and large numbers of local civilians sheltered from the intense German bombing in the summer of 1940. We’ll now go back across the Channel to another beach – in Normandy – Arromanches. It was here that the Allies established a temporary, artificial harbour – Mulberry Harbour. 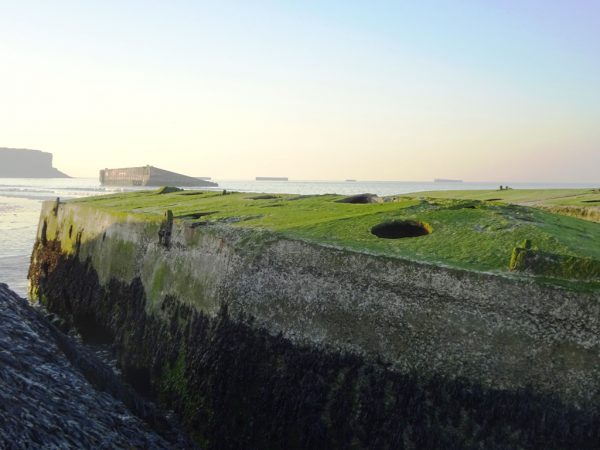 This was possibly the greatest engineering exploit of the war. Certainly if it had not succeeded the D-Day (or J-Jour in French) landings – la Grande Debarquement – could not have been so effective. The Mulberry Harbour was the solution to the strategic problem of how to land reinforcements of men (and women) and material rapidly. Within 2 days off the initial landings on 6th June 1944 old merchant ships and concrete ‘Phoenix’ caissons (huge concrete boxes) had been sunk as breakwaters a few hundred metres offshore. They protected the floating landing quays and road-ways enabling ammunition, equipment and reinforcements to flow ashore round the clock. In only 100 days, by the end of August, 220,000 soldiers (including one of our earliest Caves & Castles Tour guests), 520,000 tons of supplies and 39,000 vehicles had been landed. ‘Port Winston’ was the only deep-water option available until the port of Cherbourg was captured in the middle of July, allowing ‘Liberty’ ships to dock and unload. 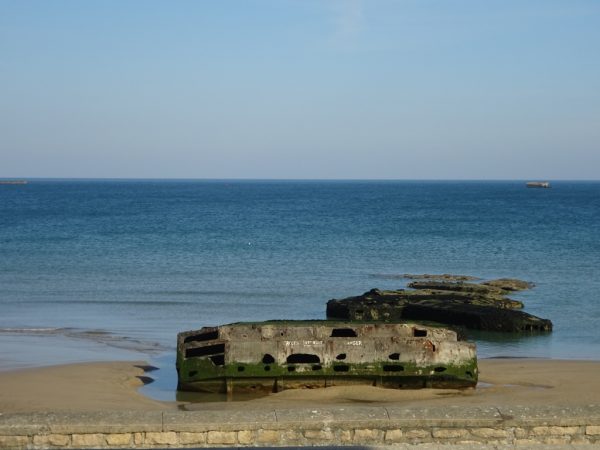 Remaining sections of the Mulberry roadway

Building the components, the giant caissons, for example, had been going on around Britain for several years. 40,000 workers in England were involved. River and estuary banks were favoured and when complete, the units were sunk to keep them out of the way of German reconnaissance aircraft. Towing them across the Channel was a nightmare – 2 tugs per ‘Phoenix’; they could just about manage 3 knots, desperately slow, having to face the worst June storms of the century. No wonder that 40% never made it. Nevertheless thanks to superhuman efforts by Royal Engineers very soon 9000 tons per day of desperately needed ammunition and equipment was flowing into France. ‘Port Winston’ was originally designed to work for 30 days – it managed over 100. 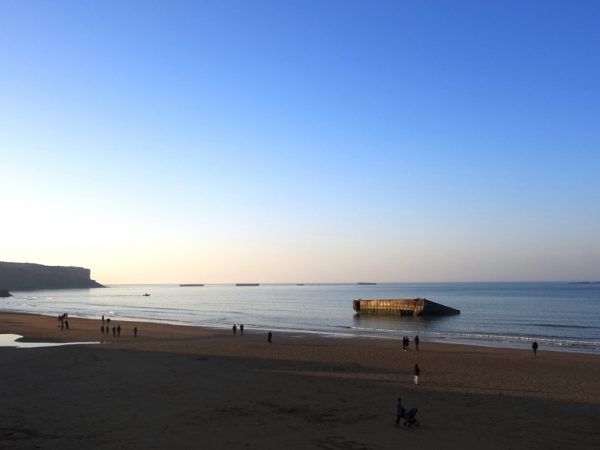 Arromanches, today, is a delightful seaside resort with firm sandy beaches (the nature of the sand was one of the reasons for choosing this location). It has a superb Landings Museum right on the spot where English troops had landed on 6th June 1944. Reminders of the grim past are still clearly visible and this photo shows a poignant scene – children writing ‘Please no more war’ and ‘Love’ on a wall in the town. 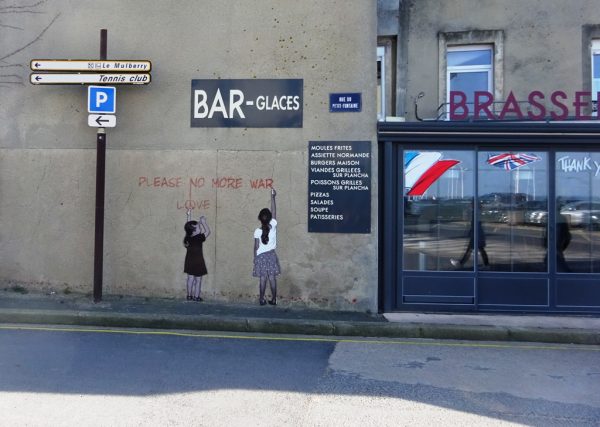 The Museum (www.arromanchesmuseum.com ) which opened on 5th June 1954 tells the story through videos (available in English), tours, displays of war-time memorabilia, equipment, etc etc and an extraordinary 10th scale model of Mulberry Harbour. There are over 30 linear metres of quays, roadways, etc and it really helps to understand the incredible feat that this project was. Impossible to photograph! – a couple of sections of it are shown here. 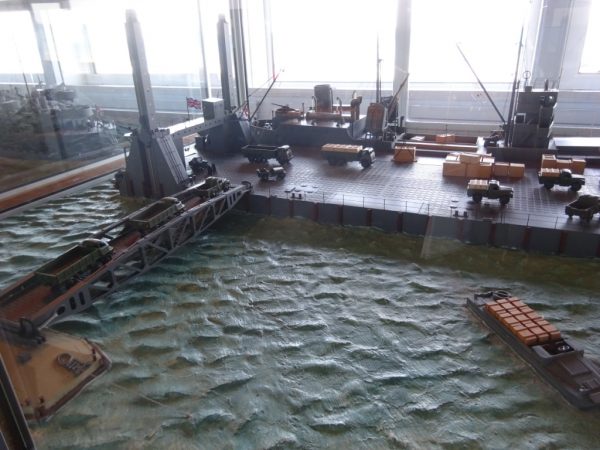 A small section of the scale model of Mulberry Harbour 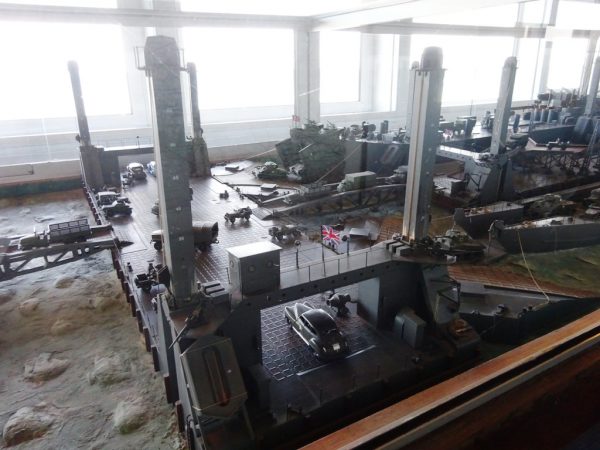 Another small section of this incredible structure 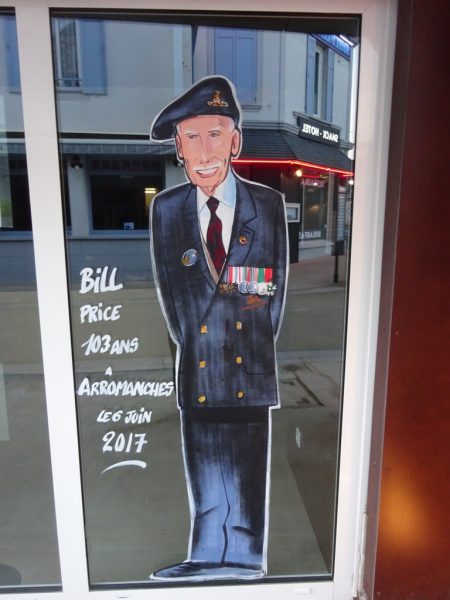 If you are visiting the D-Day beaches, particularly during its 75th anniversary this summer, it’s unmissable – Lest we Forget.