I love Barcelona and usually spend several nights there over the course of a year – usually I am in transit from one point to another, so I’ll only be in town one or two nights and usually stay in the Eixample area. But last August, I had four nights there after my transatlantic flight and decided to spend it at the beach in the neighborhood of Barceloneta. I had not spent a lot of time down there before.

Because I get to Barcelona so often, and also because me and jet lag have a close relationship for a couple of days after I land in Europe, I decided that for four days, I would not leave Barceloneta. No Gaudi, no visits to my favorite bars and restaurants in L’Eixample, no obligatory visit to the Barri Gotic. Instead, a cab in from the airport and several days to really get to know a new neighborhood a little.

In my time there, I grew extraordinarily fond of this urban beach paradise. Vibrant and colorful and full of friendly people, it was a fantastic place to kick back for a few days and get over the jet lag.

Barceloneta reminded me a little of Naples.

Narrow streets were quiet during the day, but into the evening folks spilled out of their apartment buildings for gatherings on their stoops. Some folks had entire rooms outside on their little balcony. Or the balcony became an extra closet. 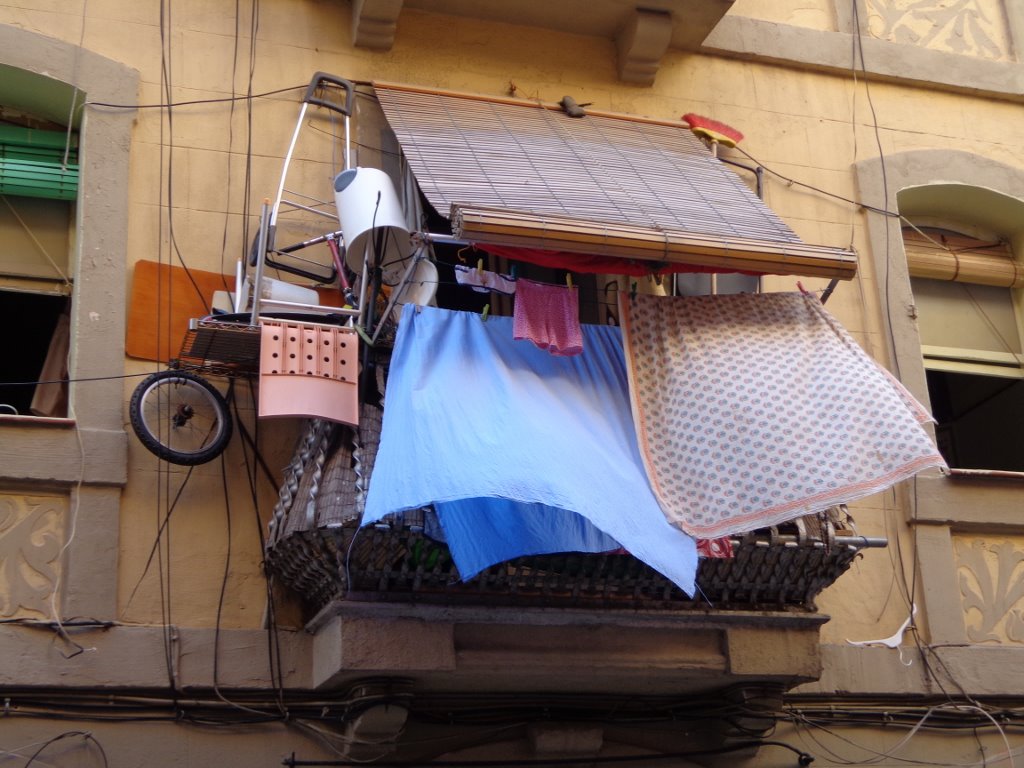 Also – I had the BEST Naples style pizza right down the street from my apartment, at a place called Nap Mar. It was so good I went back twice. 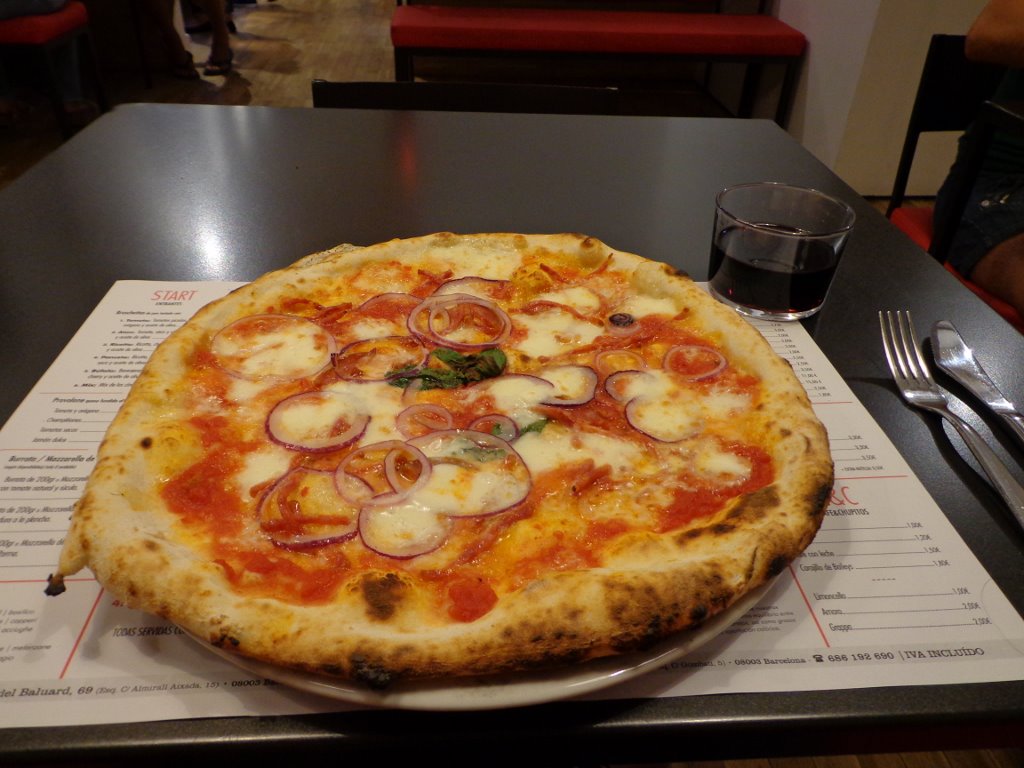 But enough of the Naples comparison. Let’s get to the beach! 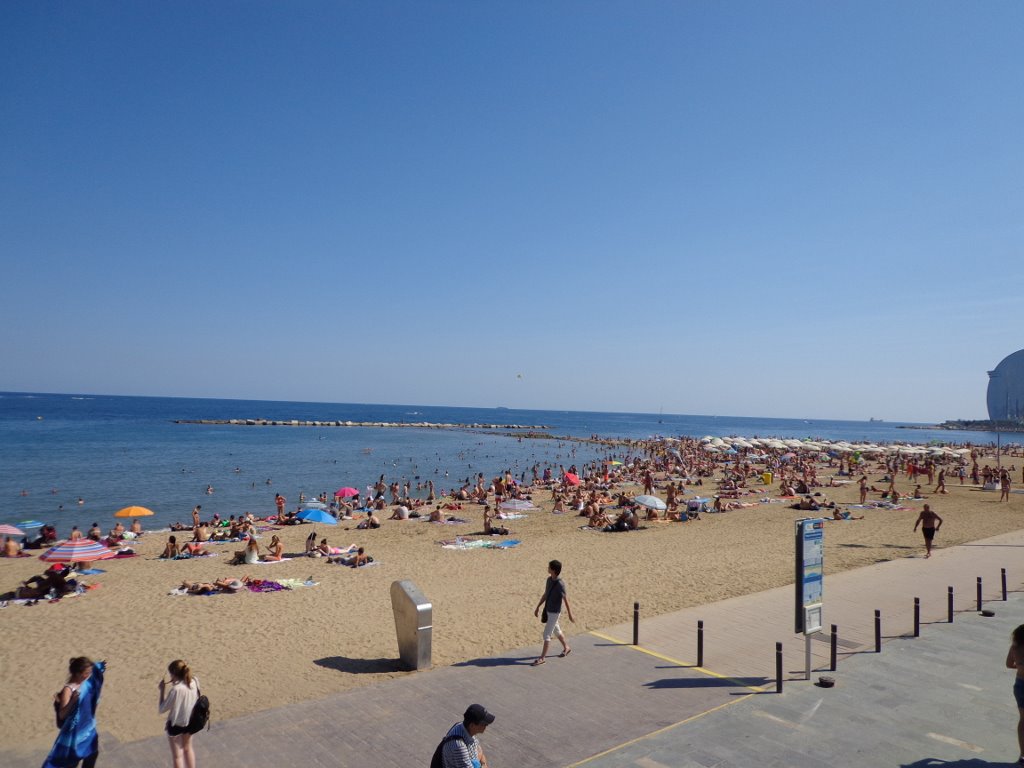 I was in Barceloneta in late August, when the beach scene was in full swing. The beach was packed every day with every imaginable culture and nationality represented. 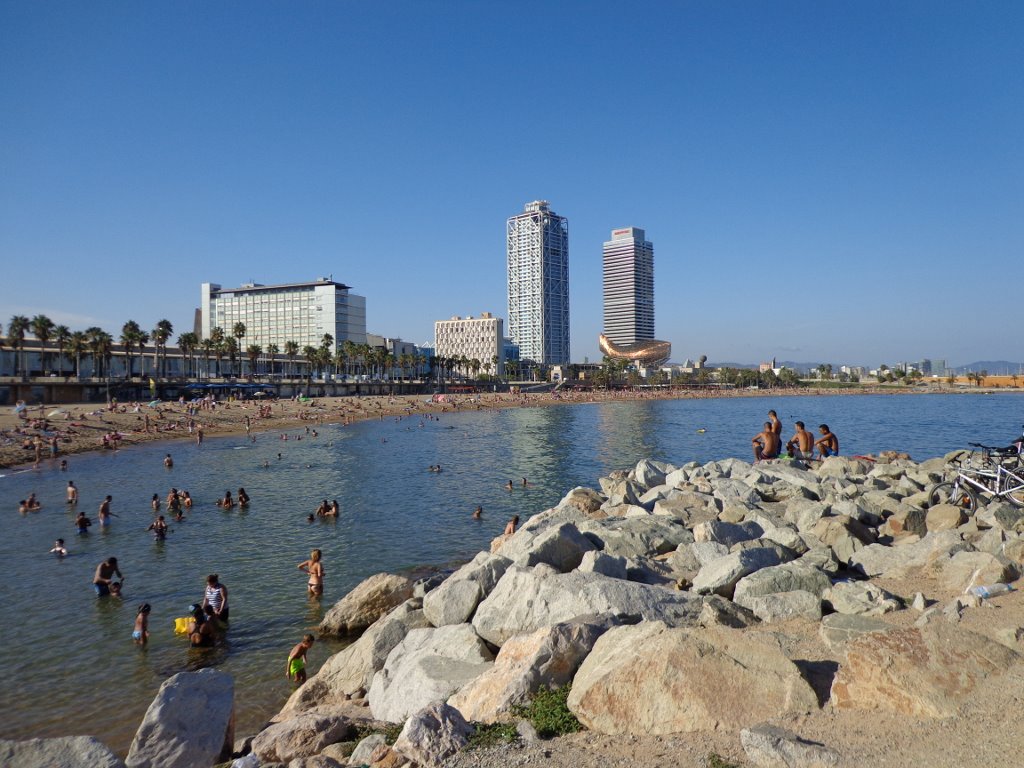 While the streets of Barceloneta were quiet during the day, the beach was packed. There are several bars right on the beach, and they were all full of people, pretty much all of the time. It was a great place to people watch, that’s for sure! 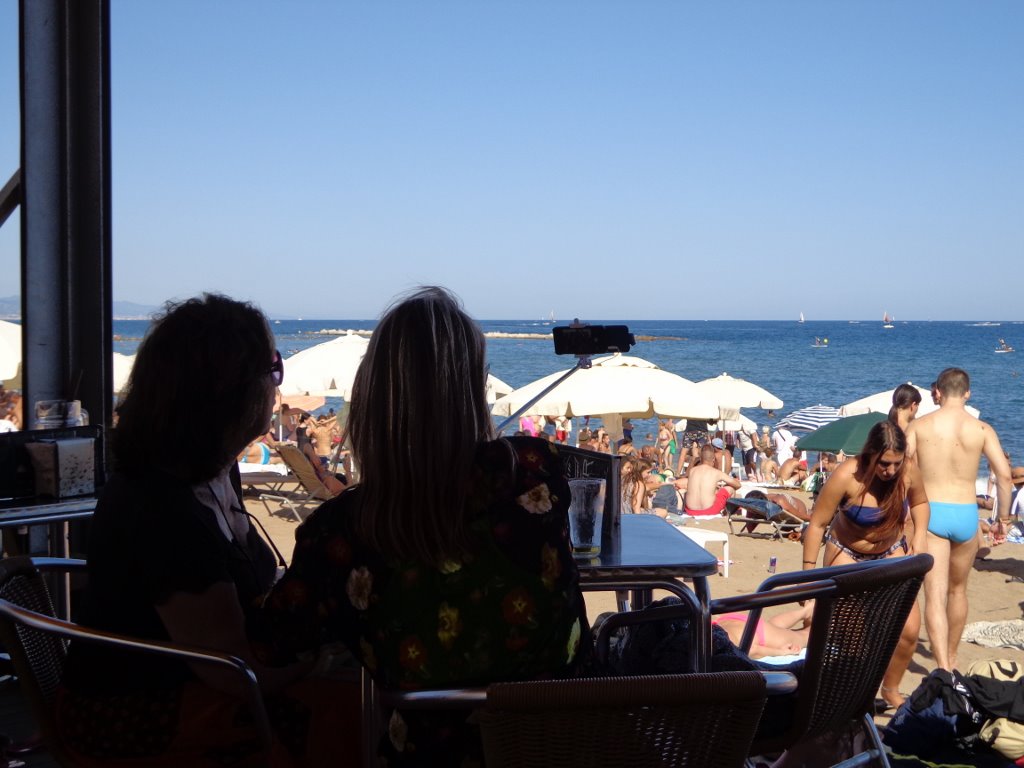 I spent quite a bit of time in these beach bars. But you could also get drinks delivered to you ON the beach. 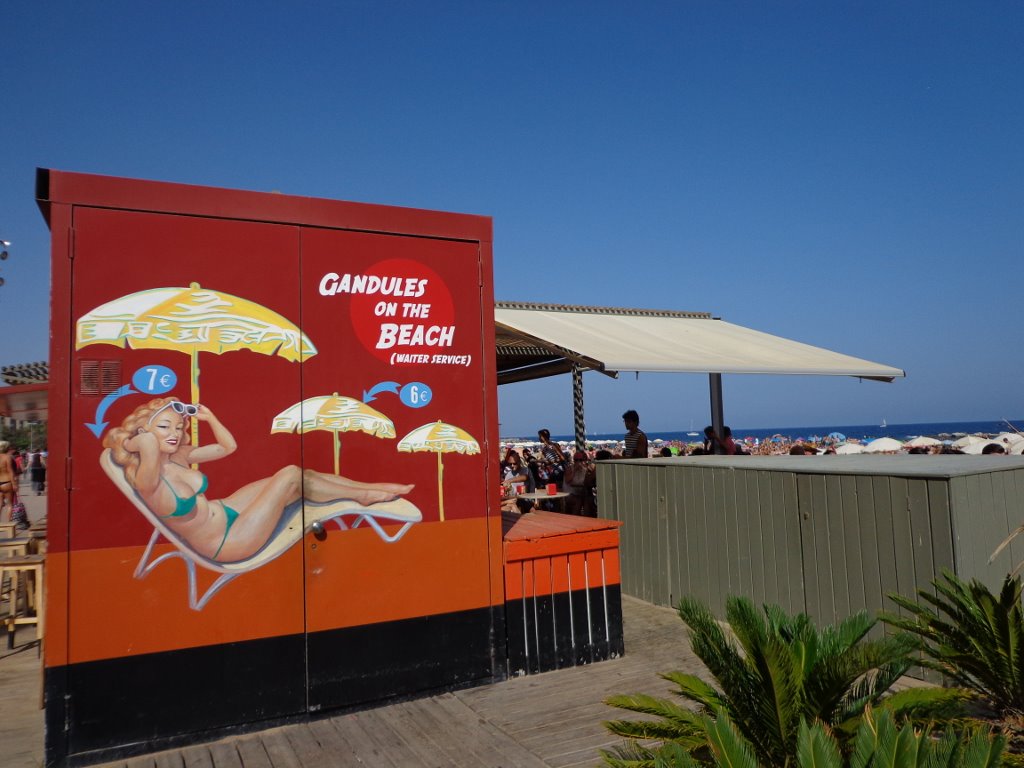 There are showers and free bathrooms for all the beach-goers. 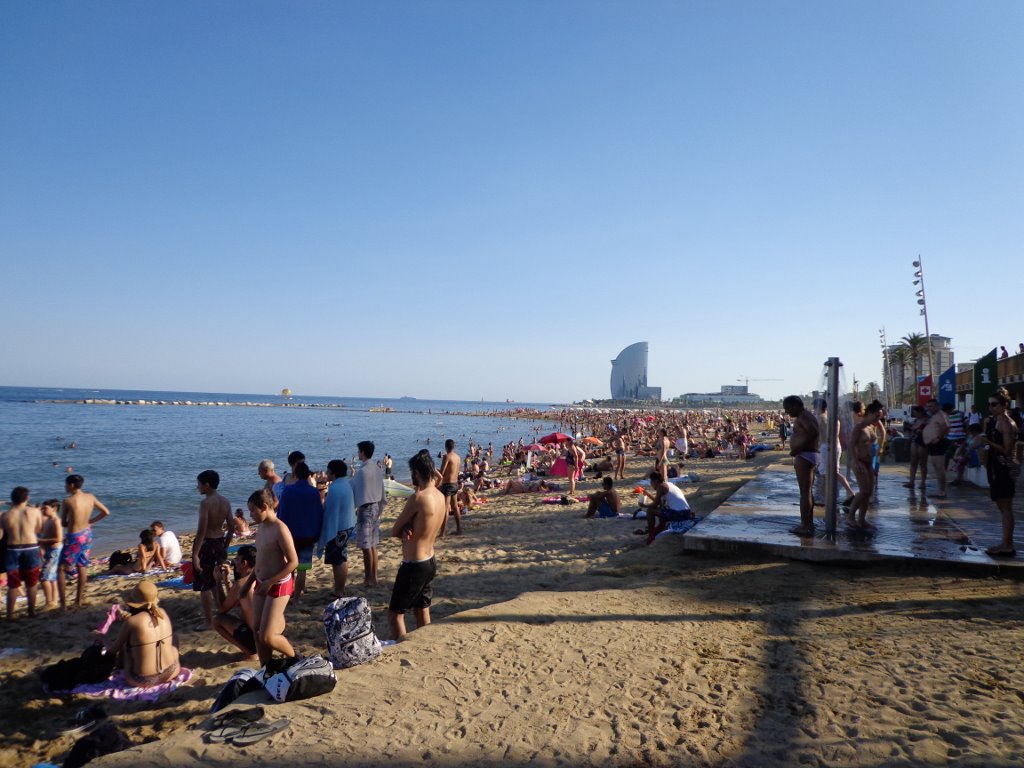 There are also lots of places, to take a seat and look at the sea. 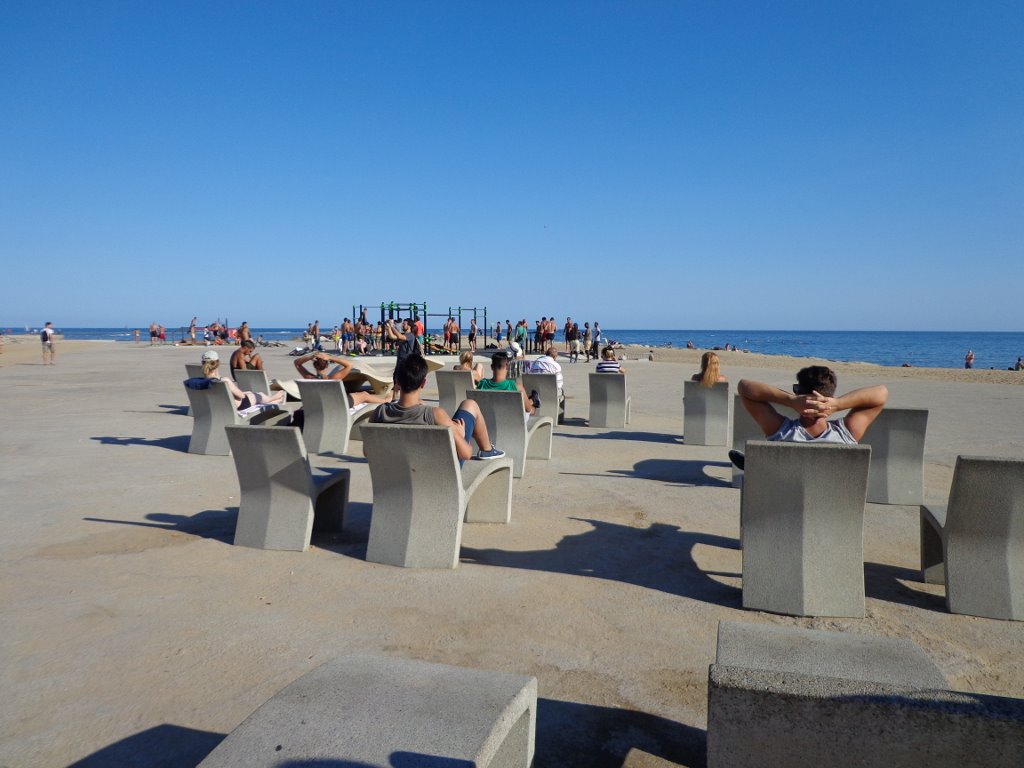 As afternoon turns into evening, focus shifts to the bars, restaurants and benches in the seaside public squares. 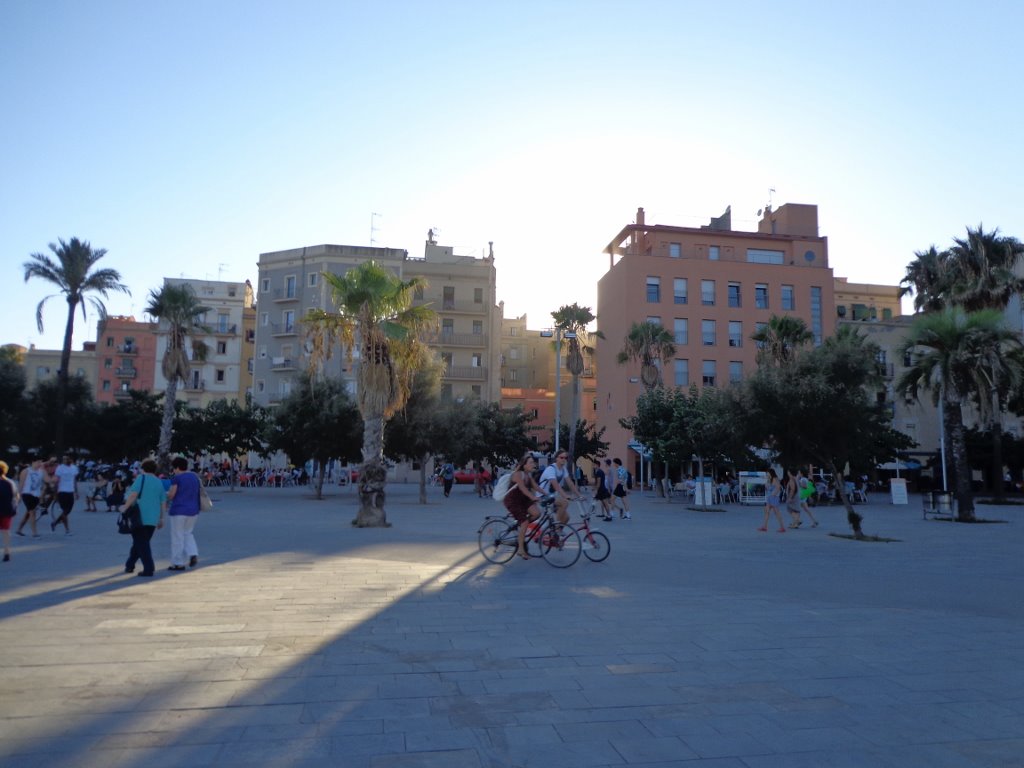 It just seemed like everyone was so happy there. It was quite the party in the evening, too. One night I stumbled upon a bunch of swing dancers.  Another night I had a great seafood dinner in a room full of tourists. We were all given a glass of cava and spoken to in English; I knew it was super touristy, but everyone was so happy that I didn’t care!

Many people just go to Barceloneta to walk around a bit and then leave. If you like the beach and beach culture, Barceloneta is worth more time; and if it is that beach culture you are after for part of a trip, you might not ever want to leave. 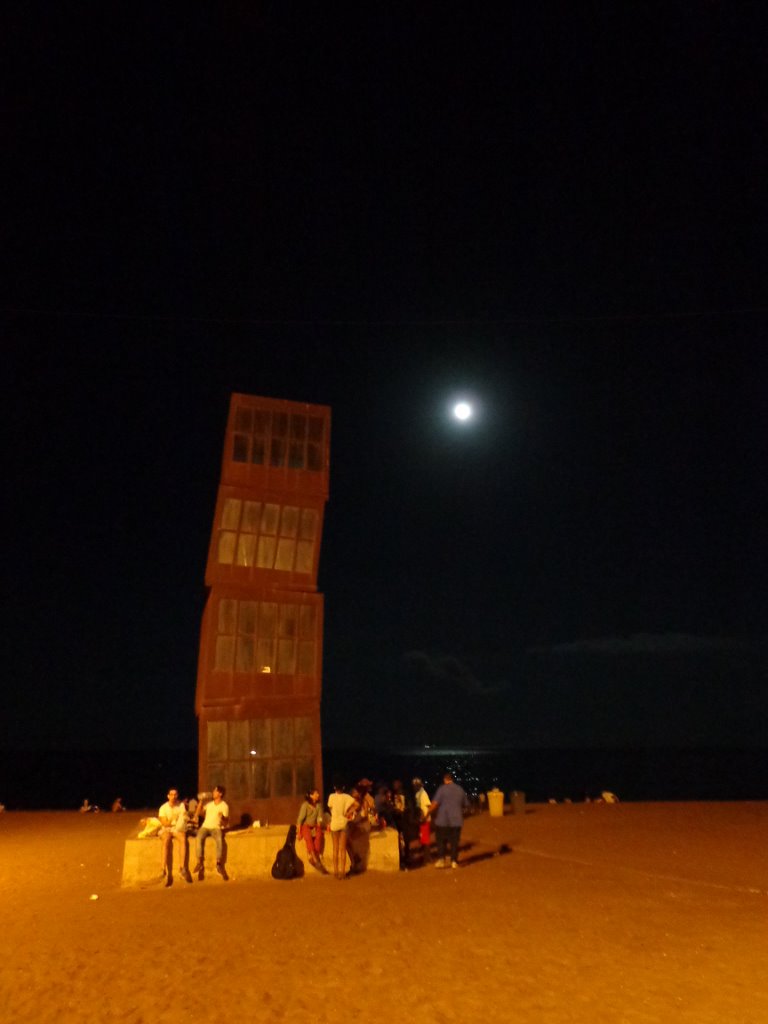 A few days in Barceloneta would be a great way to start a trip before coming on the GrapeHops Tour in Catalonia!