Did history lessons make you feel that a cloud in the sky outside the classroom window was absolutely riveting? They did me. If only I could have gone to the village shop for my lessons. The shop is only 30 seconds walk from my front door. You can get almost anything there from meat to dry goods to paintbrushes, and I go every morning to buy at least some bread that comes from a village 5 km away up the valley. 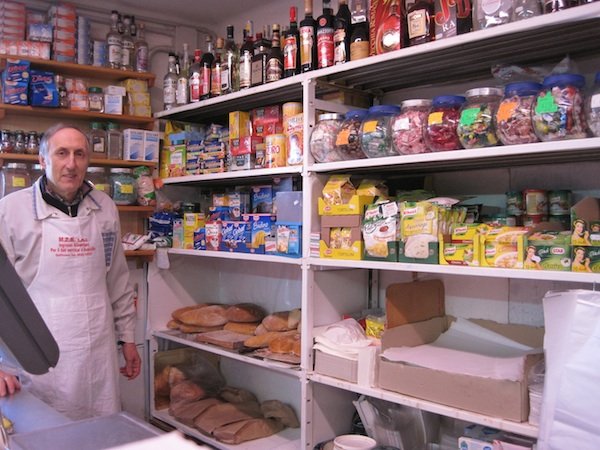 Renato and everything you could want at the village shop 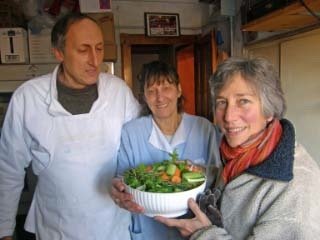 Eugenia sometimes prepares ready meals you can buy in the shop

One morning about a month ago I commiserated with Eugenia about her ankle which she sprained while getting water at the spring up at the cemetery to wash the grave stones of her ancestors buried there. 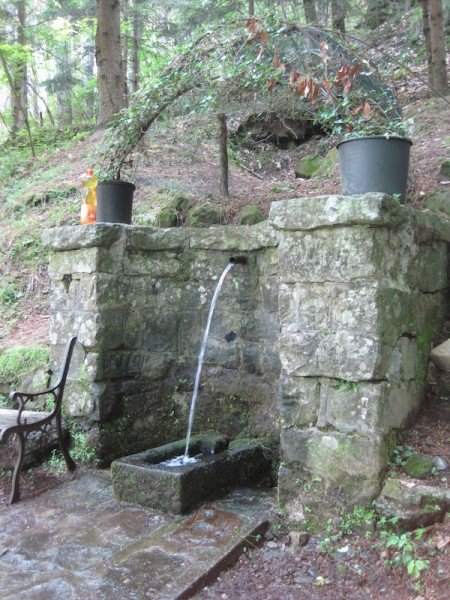 The guilty spring and its treacherous paving stones 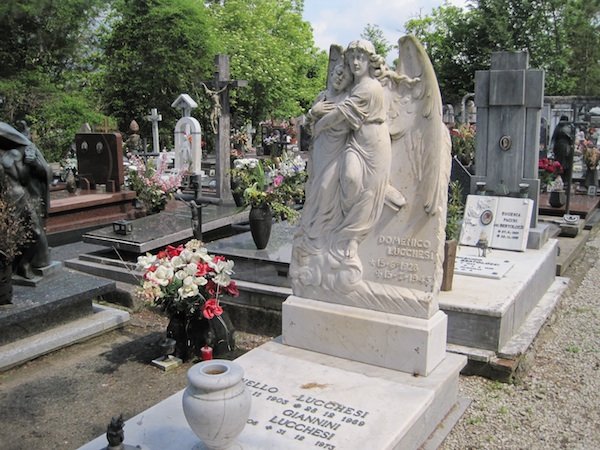 Centuries of history in the Casabasciana cemetery

She commented that we’d had too much rain and the stones were slippery with moss. Yes, I agreed, but it was beautiful yesterday and I went for a walk down to the river, across the foot bridge and up the valley along the road to the little dam that is part of a micro-hydroelectric plant. 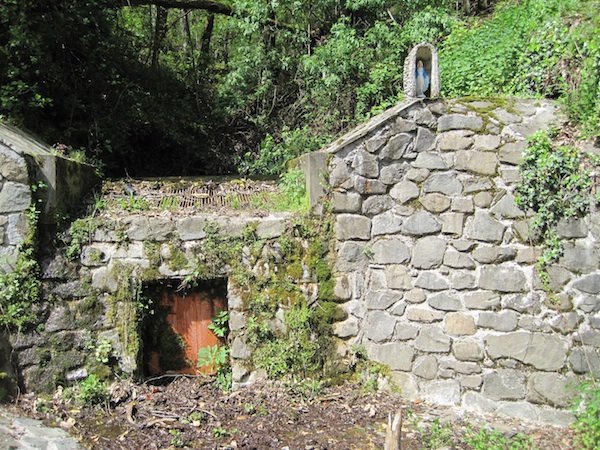 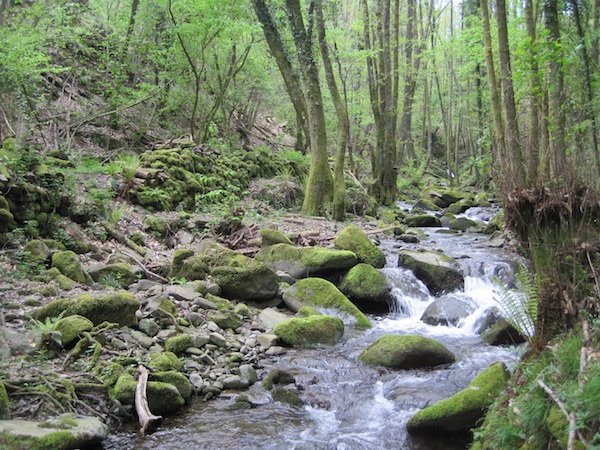 A river both beautiful to behold and useful for electricity

Renato explained that it furnishes the water for the main plant at the foot bridge, which used to be a silk spinning factory. I knew that silk was one of the main sources of wealth for the Republic of Lucca in mediaeval and Renaissance times and the silk industry had only completely died out in the 1970s, but I hadn’t realised that even at Casabasciana people reared silkworms. I take my guests to visit Stefania Maffei who rears silkworms like her grandmother did and runs workshops for school children to reacquaint them with their own history. 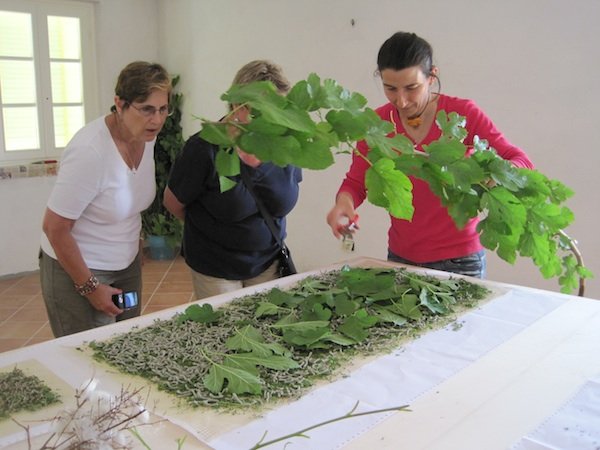 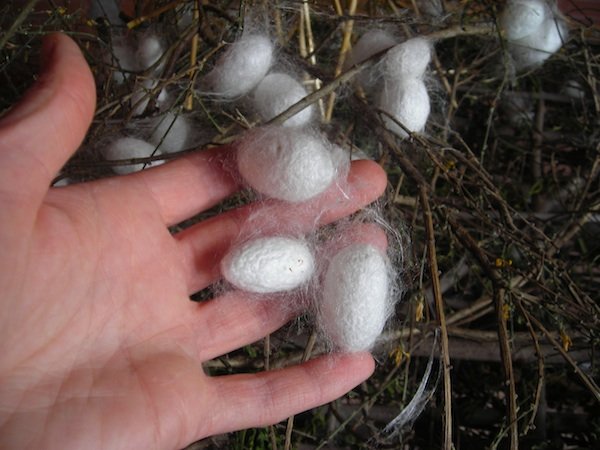 I asked where the mulberry trees were, since I hadn’t seen any. They’re mostly gone now, but Renato knew of one in a field near the little church below Crasciana (the village 3 km above Casabasciana). I mentally add that to my list of things to find.

Talking about old industries, I remembered to tell them that I had just noticed the old kiln Eugenia had told me about last year, where they used to make terracotta bricks and roof and floor tiles. It’s only 5 minutes’ walk down the old cobbled mulattiera (mule track), just below where the modern road cuts through the track and above the madonnina (a wayside shrine). I’d never noticed it before, but this time I was looking from side to side for wildflowers and there were the ruins covered by brambles. 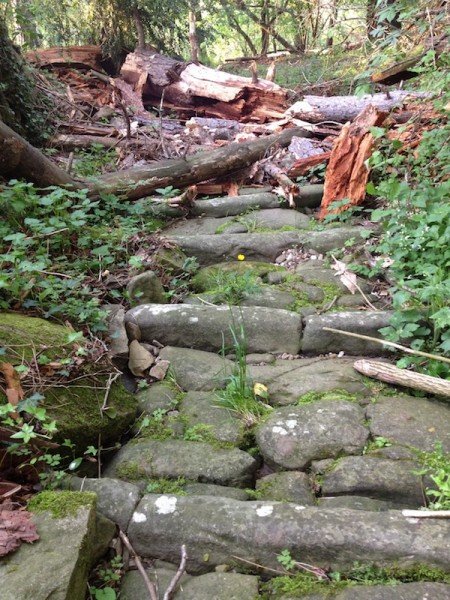 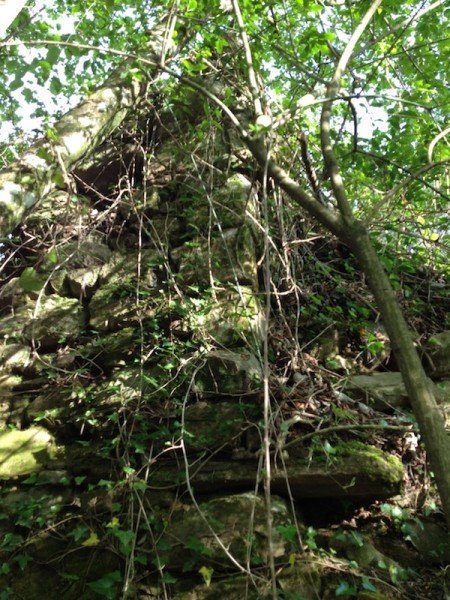 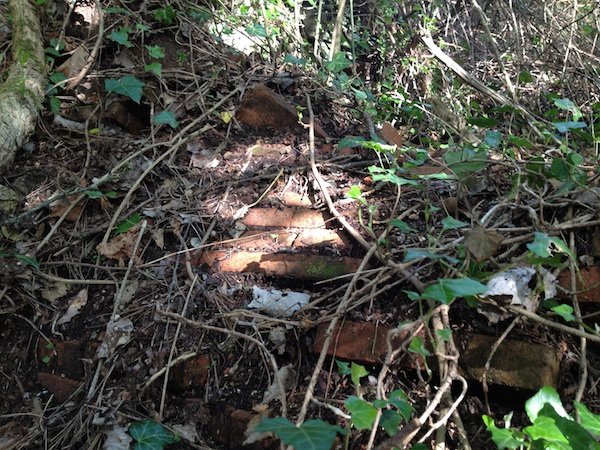 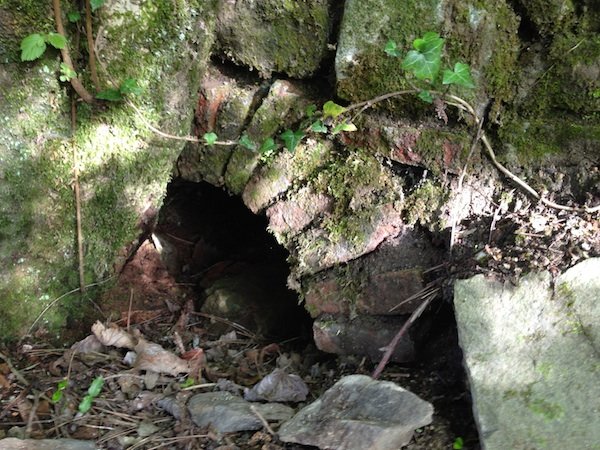 Piqued by my apparent interest in building materials, Renato volunteered that there used to be a lime kiln at Crasciana which produced the lime for mortar and lime-wash used for centuries in buildings here. Actually, although I’m interested in architecture and the aesthetics of buildings, the mechanics of building have never gripped me. But now, the fact that these things used to be made right here around me, caught my imagination and when I got home, I looked up lime extraction and processing on the internet.

I wonder if the Crasciana lime kiln looked like this

Two days later I learned from my landlord that one of the cellar rooms of the house was the calcinaia, where they used to slake the lime when whitewashing the walls of what was formerly one of the grandest houses in the village. 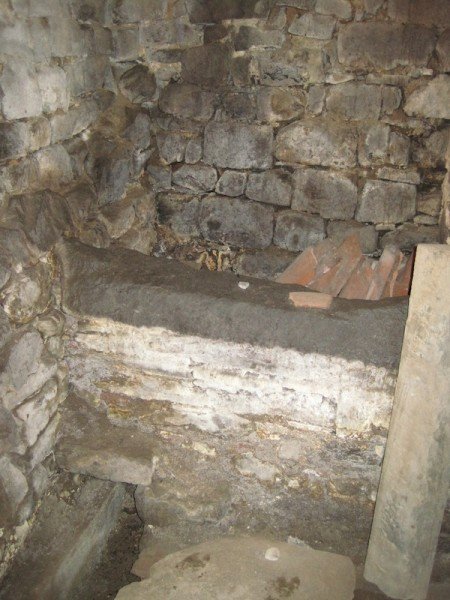 Everything begins to come together. Maybe that was what was wrong with history before. It was the equivalent of ‘fast travel’ — too many isolated facts without any connection to anything.