Dining out in restaurants in Poland is a delicious adventure and one you don’t want to miss! But, how do you order like a native when traveling in Poland?

“There is nothing easier than that” – some people may say, “everything is translated into English anyway”. Yes, indeed, there are hundreds of restaurants where one can find their Polish menus translated into English, German, Russian, and many other languages. Those are mostly large, chain restaurants often mentioned in travel guide books. Those menus are probably done professionally, with sophisticated design, however travel guide books are not very helpful with finding a place with a local Polish “home-like” food and atmosphere. A good idea when visiting Poland is to turn into side streets, far away from the hustle and bustle of the city center and look for small family restaurants, which often don’t look very appealing at first glance. More than likely these are going to be your best choice to taste authentic Polish food. We need to remember, however, that in places like that, there are no menu descriptions other than in the Polish language. And that is why we have prepared some tips on how to read a Polish menu. 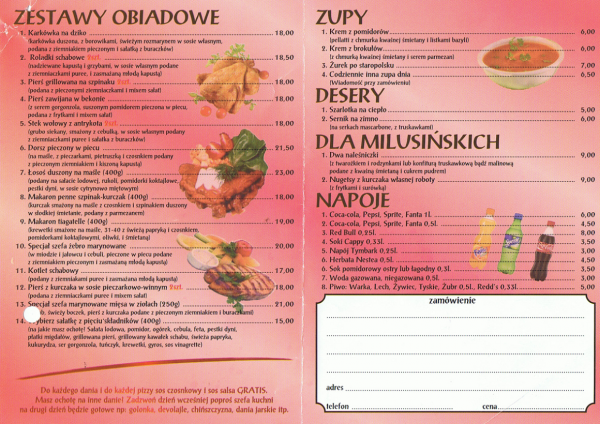 A menu in Polish

Basically, what we need to know about Polish eating habits is the fact that there are three main meals during the day:

This is the first meal we eat in the morning, simply speaking – breakfast. Usually this meal is served with coffee, tea, or less frequently, with juice.

In Poland the most typical breakfast contains eggs in any possible form:

Another breakfast proposition, which we can find on pretty much every Polish table is a sandwich (these are only some examples of the most popular ones):

Sometimes, we may find menu terms such as “drugie sniadanie”. This literally means second breakfast. Since there is no lunch in Poland we need to somehow satisfy our hunger between sniadanie and obiad – breakfast and lunch. You can usually have second breakfast between 11:00am and Noon, and order any of the above-mentioned meals (in this case your first breakfast should be much lighter), or you may order some nalesniki or crepes, which are served for both “drugie sniadanie” and “obiad”: 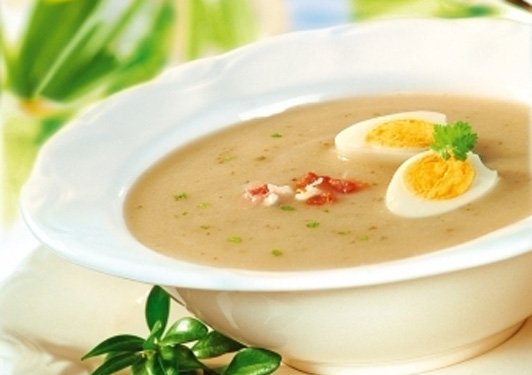 It is often mistakenly translated as a lunch. This is the meal we eat during the day after “drugie sniadanie”. Sometimes it consist of a soup and the main dish. In the menu it’s usually called “zestaw obiadowy”. In school cafeterias or a typical Polish restaurants we can get kompot – fruit compote together with the “zestaw obiadowy”. The basic ingredients used in Polish cuisine are: pork, chicken, beets, cucumbers (pickles), sour cream, mushrooms, different types of sausages. And we can’t forget about cabbage! In Poland we love cabbage in every possible form. Poles love their cabbage as much as the Italians love their pasta!

Now some meals that are not necessarily a part of the “zestaw obiadowy”:

• Pierogi – the famous Polish stuffed dumplings (sweet or savory)
• Bigos – cabbage based stew with tomato sauce and various pork (sausage etc.)
• Golabki – cabbage leaves stuffed with meat and rice, usually served with a tomato or mushroom sauce
• Kaszanka – also called Polish black pudding. It is sausage made with fresh pig’s blood
• Kopytka i kluski slaskie – a special kind of dumplings made from potatoes and eggs and wheat
• Nalesniki i placki ziemniaczane – already mentioned as a “drugie sniadanie” 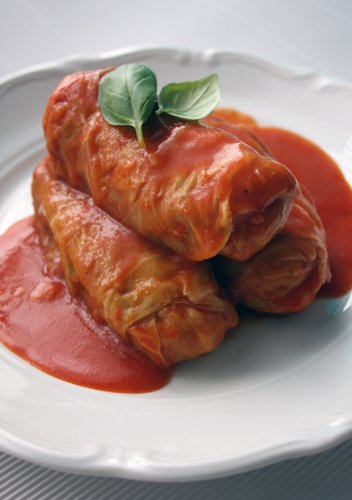 This is some kind of a late dinner. Here we can let our imagination run wild since Polish eating habits absorbed so much from abroad that there is hard to specify what is typical for Polish “kolacja”. In restaurants you can usually order the same meals you order for “obiad”. However in some restaurants and typical Polish houses you can find meals such as:

In a Polish menu, we can also find such a funny term as “przekaski”, directly translating – snacks. Przekaski, however, called also “Przystawki” are more like starters – hot starter – przystawka goraca, cold – zimne. You can eat it either before the main dish or as a addition to “kolacja” – dinner. Some typical Polish starters are: 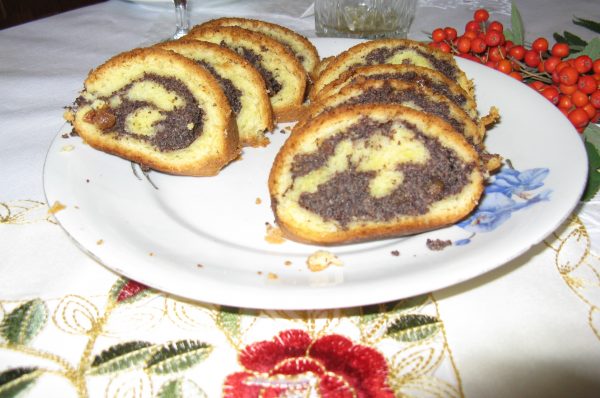 There is always room for dessert even after the biggest of meals. Polish cuisine is sure to please your palate. Desserts in Polish are called “deser”. You’ll be sure to find the following popular desserts on most menus:

If you visit Poland during the winter be sure to try “Wino Galicyjskie” – Galician mulled wine or spiced beer – “Grzane Piwo”. Both beverages are served warm to hot.

As you can see Polish cuisine is full of surprises. Hopefully this article gave you some insight into how to read a Polish menu. The only thing left for us to say is, SMACZNEGO! – ENJOY!