It’s funny what a man will think about when he’s going to be a father again… at forty-eight. I was overjoyed and thrilled at the prospect of sharing the pleasures of parenthood with Kathy, whom I’d married just fourteen months before. We were at that wonderful stage where we were still getting to really know each other and now another little person was coming to join this exciting time in our lives.

We were thrilled at the idea of little Kelly’s imminent arrival, and since we were a bit more mature than the average new parent (and I had two older daughters), felt we had solid and reasonable expectations of the challenges and rewards ahead. But being reasonable and solid did nothing to dampen our excitement. We anticipated the moment with pleasure and relished planning our future together.

But occasionally, I’d lapse into a moment of more sober, reflective thought, and do a little math. When our new daughter reached sixteen and began driving, I calculated, I’d be in my mid-sixties. When she graduated college, I’d be… well… well past retirement age. It occurred to me that regardless of age, retirement was going to be something other people did, not me. I could sense the threshold to that sublime stage of life fading away into the distance like some warp in space-time that was impossible to breach. Retirement would require some unthinkable violation of the laws of physics. 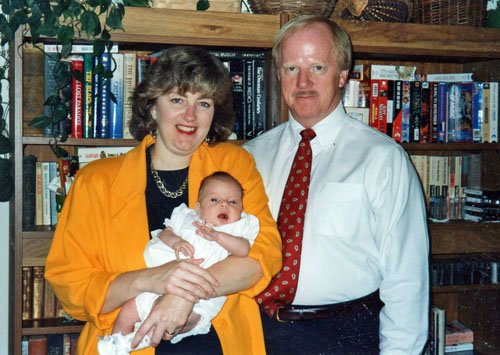 I didn’t care! I had a new child to teach softball, to take swimming, to take hiking in the mountains and a thousand other things. And mostly, just to love and enjoy. I certainly wasn’t mourning any loss of opportunity to participate in this bedrock institution of American culture called retirement, I simply wanted to know where I stood without it. I had absolutely no desire to ever retire but what was I going to do? I had just missed being born a Baby Boomer by a few months and now I would watch them toddle off into the sunset, doing whatever that demographic group was supposed to do. No, I was quite happy to stay behind, to bring up the rear, to continue my career of pre-retirement. My modest concern was that I wasn’t definable, my present peer group had no firm boundaries, and I knew of no “Non-retirement for Dummies” guidebook that seemed so available for every other undertaking in life. I was on my own. What did one do at that certain age if not retire? It was expected.

It became a favorite joke of mine when our daughter was born, that I took my dictionary down from the shelf, looked up the word “retirement” and erased it from the page, metaphorically giving expression to my circumstance.

Our little Kelly is now a wonderful young woman in her second year at the University of Chicago and I’ve very reluctantly been forced into that demographic called empty-nesters. Thankfully, I’m still kicking that other demographic down the street like an old tin can. I suppose It could be said that I retired when I left the brokerage business in preparation for our family’s sabbatical abroad, but that turned out to be a red herring, just a change in course.

While living and traveling throughout Europe for fourteen months, the first stirrings of an idea began to take hold of us. We realized that this incredible adventure abroad would eventually end and began to explore ways to see it continue. Why not make it possible for others to enjoy Europe in the same experiential way that we had? Our plans began to take shape as we hosted numerous friends at our rented farmhouse in Provence and enjoyed sharing with them an area we had genuinely grown to love.

That was the genesis of our first tour The Luberon Experience and our European Experiences small group tour business. That was eight years ago. We’ve worked hard and had a fair bit of good luck along the way including getting noticed by USA Todayand being awarded a Tours of a Lifetime designation by National Geographic Traveler magazine. 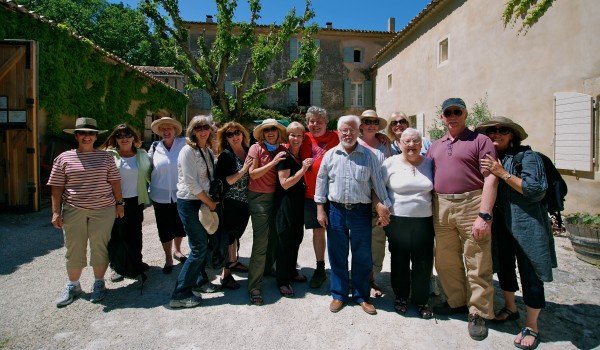 A perfect day on the Luberon Experience

As I write this, we’re busily preparing for another season of tours in France and England and looking forward to working hundred-hour weeks, hoping to provide our travelers with the best vacation of their lives, and providing me, at last, with the ideal concept of retirement. But that’s only for a few months in the summer. What about the rest of the year when I’m home in the US? The same kind of thinking that gave birth to our tour business soon had me asking myself how I could take some of the enjoyment and excitement of our summers abroad and translate that to the rest of the year and even make that accessible in some degree to our past travelers.

I’ve been a “closet” writer for most of my adult life and have written a regular newspaper column on wine and a feature article for a national magazine. It occurred to me that it would be great fun to write about the places where we tour and have grown to love, extending the pleasure of having been there. 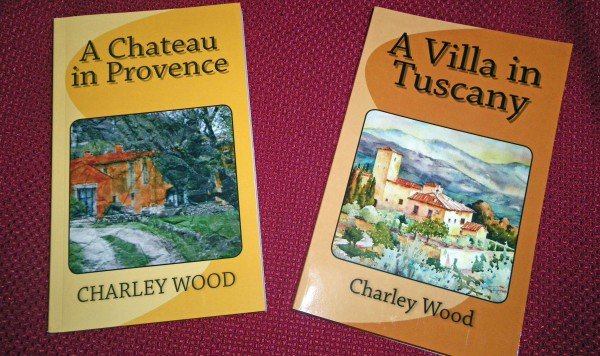 In my first book, A Chateau in Provence, I’ve tried to capture the flavor of Provence in a light story of mystery and thrills set against the backdrop of the spectacular scenery, cuisine and culture of this Mediterranean part of France.

A Villa in Tuscany picks up just where our tour in Tuscany’s Chianti hills leaves off. Any traveler who has enjoyed our Chianti Experience week will recognize favorite places and perhaps old friends and indulge in a little bit of nail-biting as they cheer on the story’s hero. 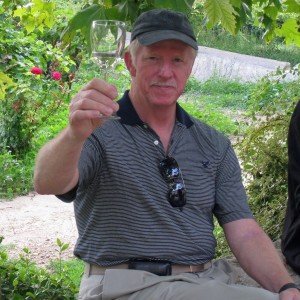 I’m nearing the finish line on my next book, A Cottage in the Cotswolds, set in another one of our favorite places in Europe… the beautiful English countryside. It will be published later this summer and will be available—like my first two books—from Amazon in paperback and e-book format.

As with our tours, working on my new writing career—as I now consider it—has been a fascinating experience. I’m self-published and of necessity, have had to learn something of the many facets of taking a book from the kernel of an idea to something I can hold in my hands and happily turn the pages. God willing, I hope to keep leading tours and writing about the fantastic places we visit for a long time.

So for me, “retirement” doesn’t mean “ceasing to work.” It means pursuing different, more flexible, and much more pleasurable ways of working. I’m so fortunate at this point in my life to have two “jobs” that don’t really feel like work.

I’ve even entertained the idea of pulling the old dictionary off the shelf, finding that place where the entry has been erased, and rewriting the definition of “retirement.” I’m pretty busy, though. That will have to wait.