Did you know that olive oil is the only common cooking oil that is the juice of a fruit? All the other oils we use in our kitchen come from seeds: sunflower, rapeseed (canola), peanut and grapeseed. This realisation leads directly to another question. Would you cut an orange, leave it on the counter for a week and then squeeze and drink the juice? Would you step on an apple, leave it on the table for three days and then eat it? Yet that’s what happens to many olives before they’re pressed to extract olive juice.

I’ve tasted and written a lot about olive oil, but this idea had completely escaped me until I met Elisabetta Sebastio last year. She’s a professional olive oil taster both for Italian Chambers of Commerce and international olive oil competitions. We ran our first full-day olive oil class during my Autumn in Tuscany tour in November. It was a revelation for all of us.

We gathered around her kitchen table. She taught us how the professionals taste and rate oil. We tasted eight olive oils. 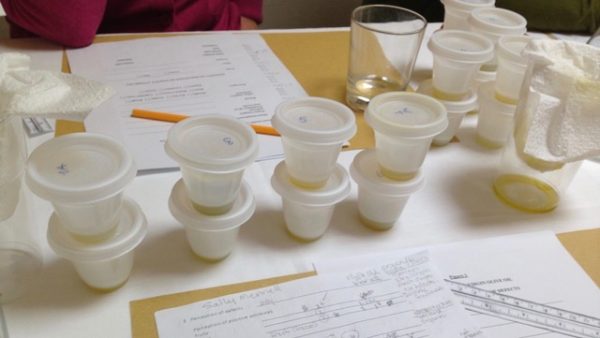 Our game for the morning (Photo: Sally & Wilfrid Mennell)

The first was a surprise and I don’t want to ruin the impact by telling you what it was. Then there were four new-season oils: one from Sicily, two from Tuscany and one from the Abruzzo. Some people liked the tomato scent of the Sicilian one, others the bitter piquancy of the Tuscans. 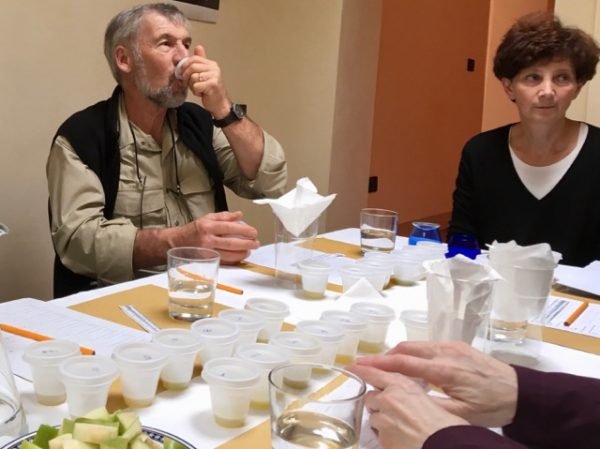 Can you smell tomato?

Lots preferred the less in-your-face qualities of the Abruzzese. Under Elisabetta’s guidance it was so easy and we were proudly feeling like experts when we started on the three defective oils. Wow! It was so clear that they didn’t measure up, and we could describe what was wrong with them: rancid, vinegary and fusty. We didn’t want to put them in our mouths. You’ll taste lots of mildly rancid oils in restaurants due to poor storage in clear bottles in the warmth.

There were more revelations. Contrary to popular belief, true extra-virgin olive oil has the highest smoke point of any vegetable cooking oil. Another fact some people don’t realise is that it deteriorates with every passing day, even in a sealed bottle. If you’ve got some excellent oil, carpe diem. It will be worse tomorrow.

But olive juice isn’t just for cooking. In Italy it’s mainly used as a condiment, like salt and pepper. This got us thinking about which olive oil goes best with which foods. Elisabetta had devised a lunch to demonstrate the classic pairing of regional dishes with an oil of the same region. 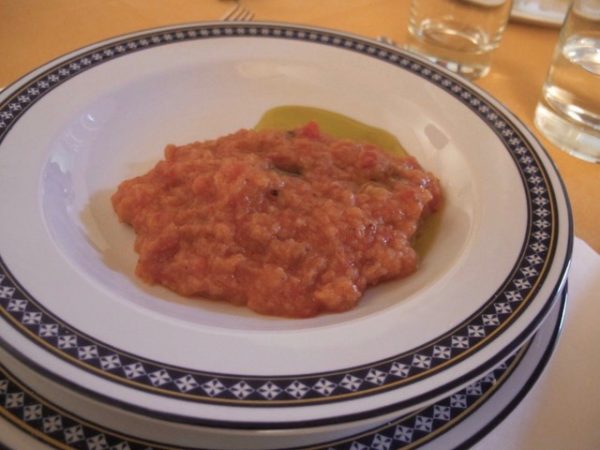 We got to help prepare orecchiette (an ear-shaped pasta from Puglia) with an artichoke sauce seasoned with extra-virgin olive oil from Puglia. 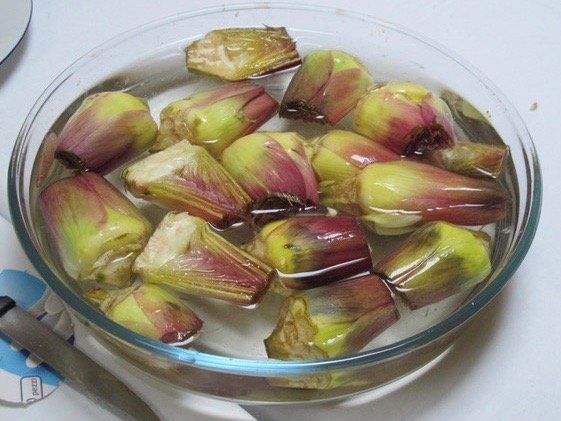 We learned how to remove the outer leaves to reveal the tender artichoke hearts. (Photo: Sally & Wilfrid Mennell) 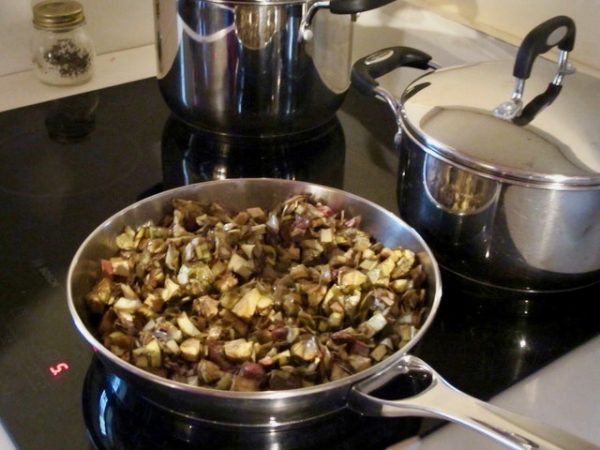 Sadly, we ran out of space in our stomachs before we could taste all the different dishes Elisabetta had prepared.

I took another group to her home in December. One of them loved chocolate and Elisabetta assured me she could source some olive-oil flavoured chocolate. The platter of chocolates was beguiling and they tasted fantastic. She had made them herself! 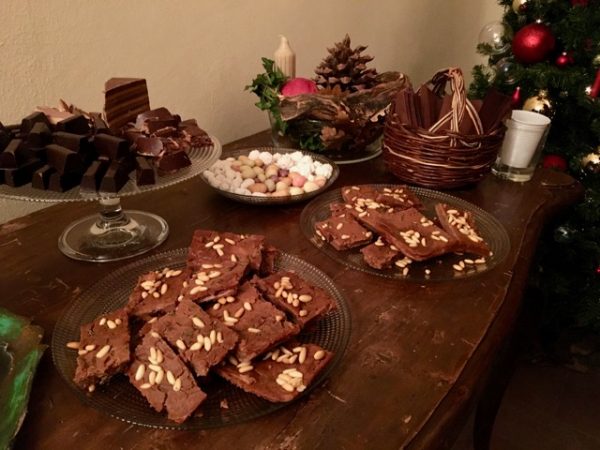 Join me on Autumn in Tuscany from 3–13 November, meet the amazing Elisabetta and have fun with olive juice. 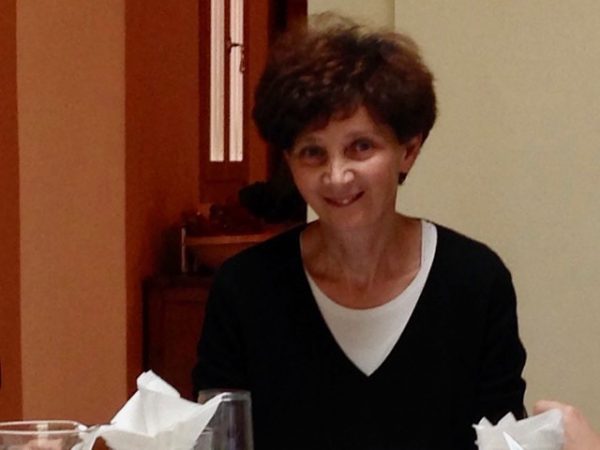