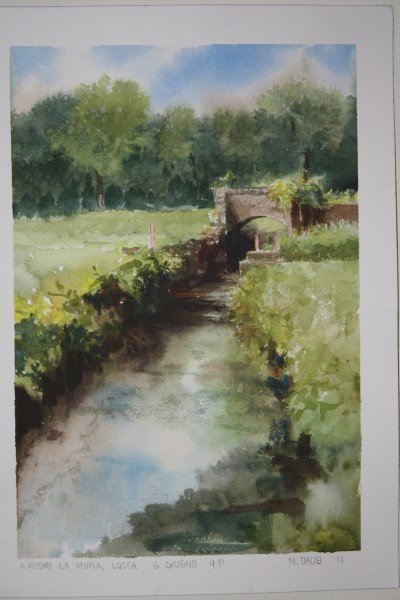 Lucca’s “ditch” – outside the walls

Anyone who has ever visited Lucca knows the town’s main feature is the great wall that surrounds it. Fewer visitors pay much attention to the big ditch – Il Fosso. It begins outside the wall and I imagine served defensive purposes as some sort of a moat, but was primarily used to provide water in the dying of textiles. On the east side of town it runs down its own little canal in the middle of the Via del Fosso –Ditch Street. I’ve painted in Lucca for many years and love returning to the same subjects again and again. 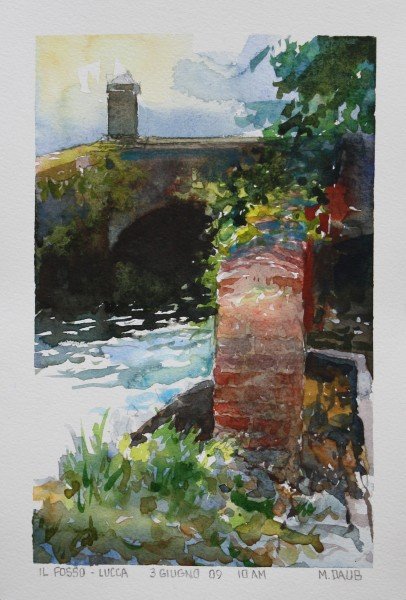 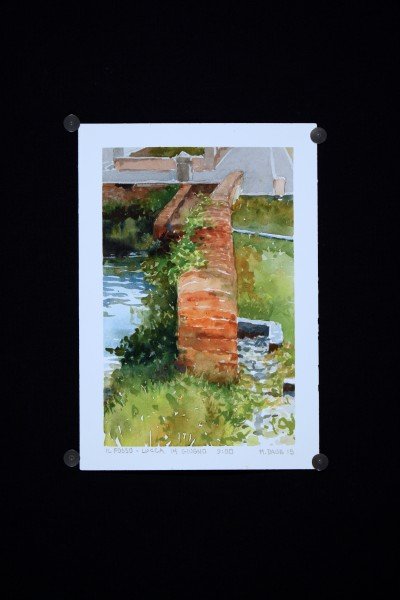 A 2015 watercolor of the same site – It’s interesting to return to a site after time has passed, to see changes that have taken place or simply a different condition of light

I never look for the picturesque, but rather the more common sites tourists tend to overlook. 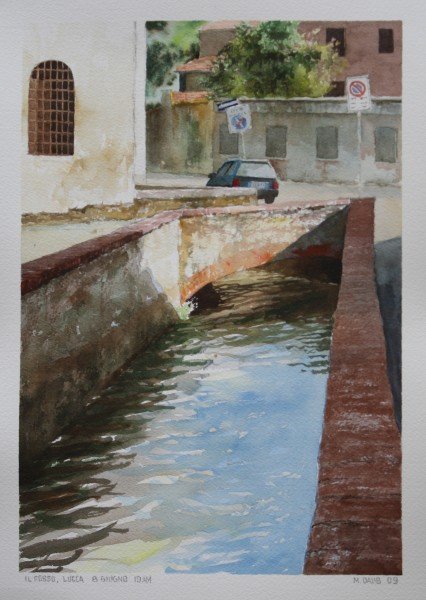 The “top” of the ditch, where it enters the city after passing through the wall 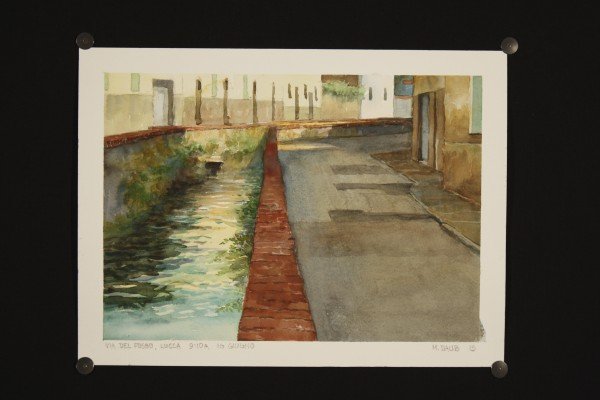 The Via del Fosso – a little ways down from the top. From here it’s a straight shot to the south end of town where it exits the wall again 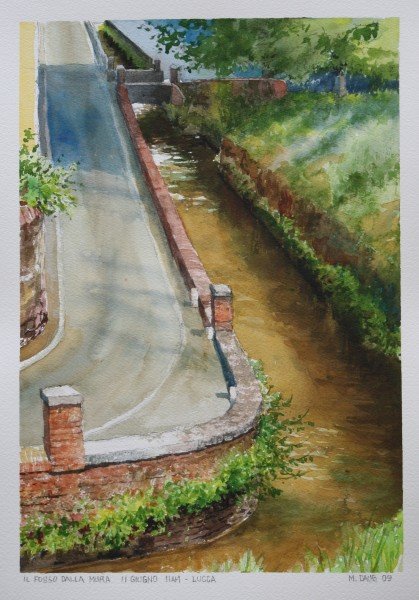 At the south end very near the botanical gardens the ditch makes a shape bend. I painted this from atop the city wall.

I look forward to our next visit to Lucca. I’ve made dozens of watercolors throughout the town, but I’m sure I’ll return to “The Ditch” again.