There is a river that runs through Burgundy, France called the Yonne; it flows North from its source deep in the forests of the Morvan National Park, finally meeting with its confluence with the Seine at Monetereau, where it is the greater of the two rivers. History has been unkind to the Yonne in that it is the Seine that flows through Paris; this however keeps it more the secret… the secret Parallel world that is life on the Yonne. 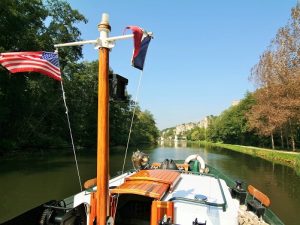 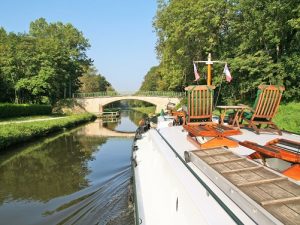 Paris also owes much of its existence to the Yonne; as the city expanded and depleted the local natural resources, firewood was rafted from the Morvan forests to keep the Parisians warm in the cold European winters and their ovens burning. Stone too, for constructing the grand boulevards, including stone to construct the Notre Dame Cathedral. 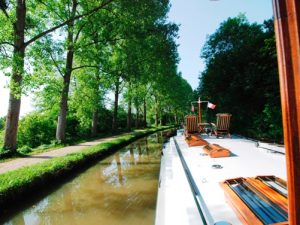 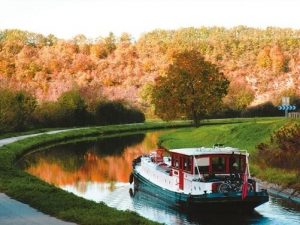 Realising that warm and well fed Parisians are peaceful Parisians, kings and rulers were quick to make sure that the navigation was well maintained and improved, finally leading to the construction of the Canal de Nivernais towards the end of the 18th Century. 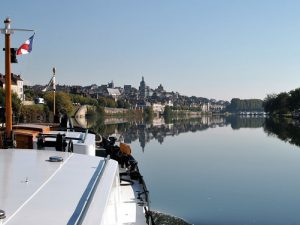 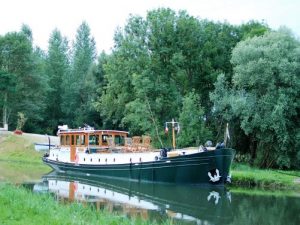 The canal itself meanders in and out of the river Yonne, making it one of the prettiest navigations in France, and this is where we spend our days, slowly chugging along the through the rolling hills of Northern Burgundy. In my next blog I will tell you more about life on the river Yonne and the Canal de Nivernais. 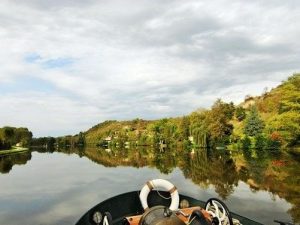 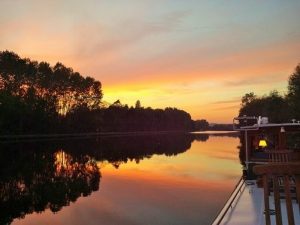