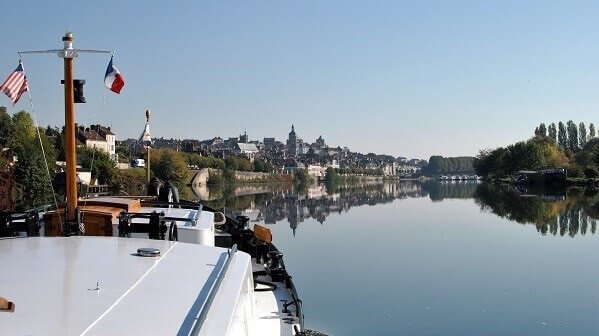 Cruising on the River Yonne towards Joigny

The lush valley of the river Yonne that the Randle cruises along produces some great wines, although less famous than the southern Burgundy cousins, nevertheless just as interesting.
Starting from the north, and in fact the most northerly vines in Burgundy, are the vineyards of Cote Saint Jacques at Joigny on the banks of the river Yonne. In production from at least the 11c and due to excellent river links to Paris once famous for its Pinot Gris wine in the royal courts of France. It fell into decline at the end of the 19c, but is now enjoying a renaissance, once again producing a very excellent Pinot Gris wines. 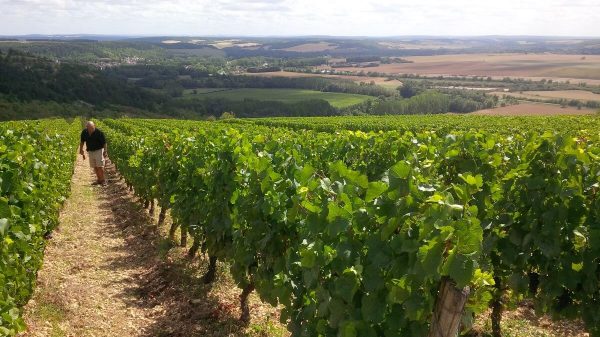 Vineyards in Northern Burgundy Near Auxerre

As we head up the river Yonne we arrive to the port of Auxerre, centre of the wine region of Auxerrois. The last lock of the journey just as we enter the port is named after a vineyard in the town, Chaînette. Producing mainly Chardonnay wines in the vineyard of the former asylum, it was one of the very few vineyards to escape the phylloxera outbreak at the end of the 19c which devastated many vineyards in the region. 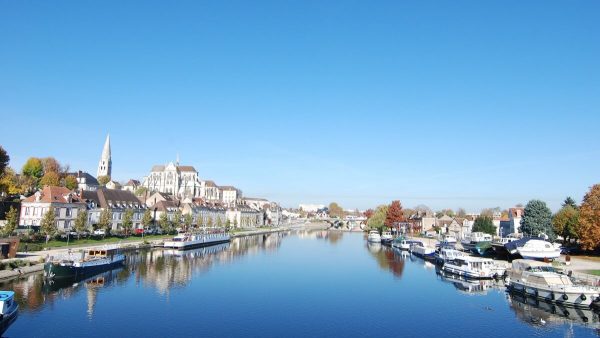 The river Yonne at Auxerre,
with the Randle at her home mooring.

Just twenty minutes by car from our mooring in Auxerre is the famous wine region of Chablis. producing its delightful white wines since at least the 13c, with round 10,000 acres of vines in twenty villages in and around the town of Chablis itself. The vines are grown in unique Kimmeridgean soil which impart a distinctively mineral, flinty note to the wines. Being well connected to Paris by the rivers Yonne and Seine helped the wine makers get their produce to market and was a big factor in the regions prosperity. 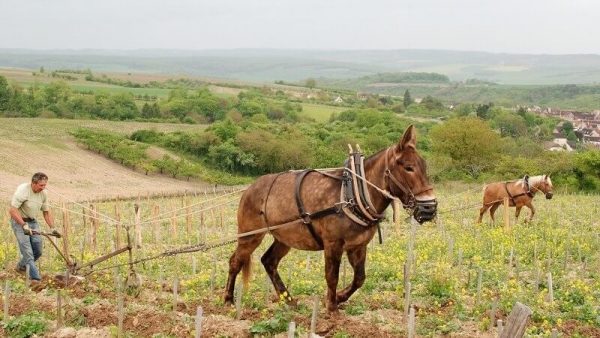 Horses tend the vineyards of Irancy

Another halve days cruising up the river Yonne we arrive to the village of Irancy. An appellation controlee since 1999. Irancy produces red wines from 95% Pinot Noir and 5% added Caesar. Caesar Is a primitive grape variety introduced by the Romans and is used to stabilise the wine during fermentation. The result is a rich and fruity red Pinot, more associated with the wines of southern Burgundy.

So, there we have it; a very brief introduction to the wines of the Yonne river valley, a river that has been important for the trade and commerce of the region for centuries, with wines that have been in production from at least Romans times. 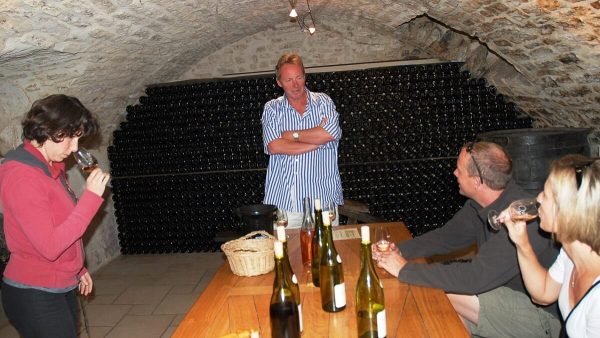 Wine tasting at the Caves Giraudon,

All wines of the region are enjoyed aboard the Randle, and personal visits arranged to the wine makers of the villages we pass on our fascinating journey along the river valley. 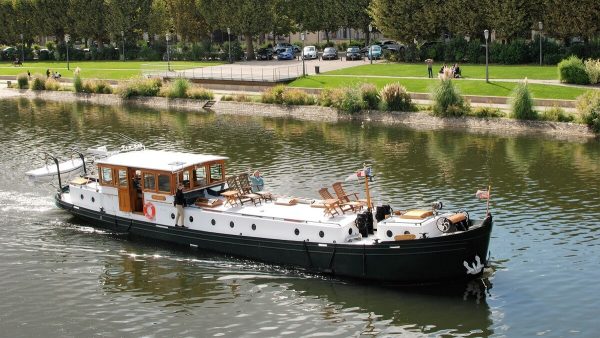 All aboard the Randle !