The first night I arrived in Rovinj, Croatia, it was raining. I had taken the bus from Venice for my first stop in an month in a beautiful country that I had never visited before. Just a few weeks before, my father passed away and simultaneously became a first time homeowner, so I kind of neglected any research or planning. That first night, it was wet and it was dark, and my landlady recommended a restaurant that her husband worked at. When I asked him about ordering some wine, I had no idea how much it would cost, because I had not even researched how much a kuna (the Croatian currency) was to a dollar!

But after a good night’s sleep, I woke up to this. 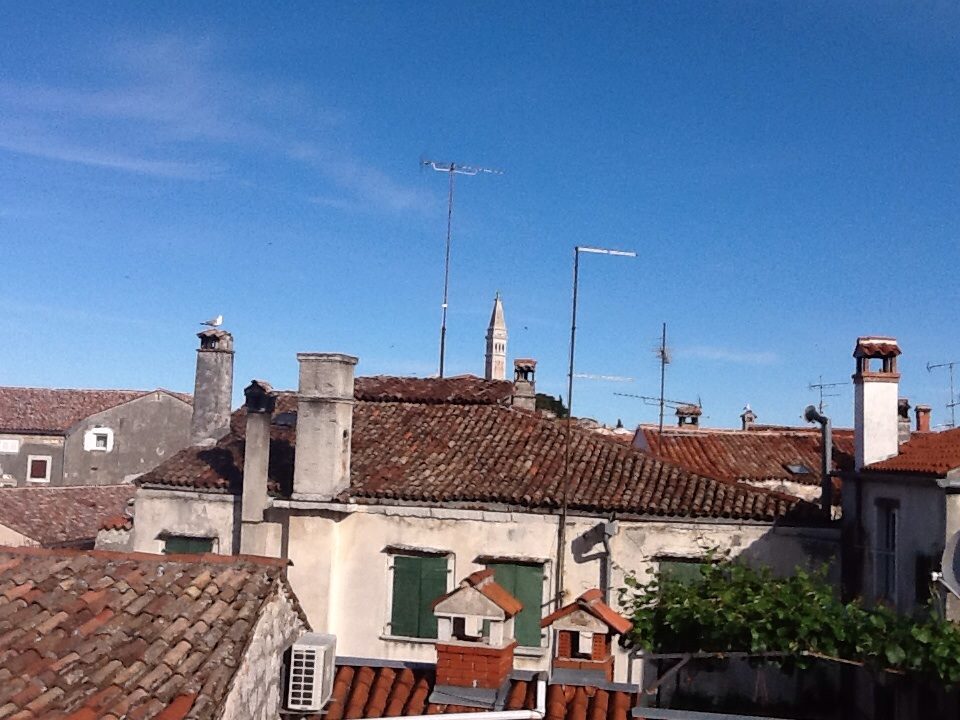 Blue skies, rooftops, and in the distance a Venetian campanile! It was at this moment that my love affair with beautiful Rovinj began.

The oldest part of Rovinj was originally built on an island just off the mainland in the north Adriatic sea. First settled by Illyrians, it changed hands from the Roman to Byzantine to Frankish empires before becoming an important Venetian outpost in 1283. The Venetians ruled in Rovinj until the fall of the republic in 1797 and in those five centuries built many of the buildings still standing there today. 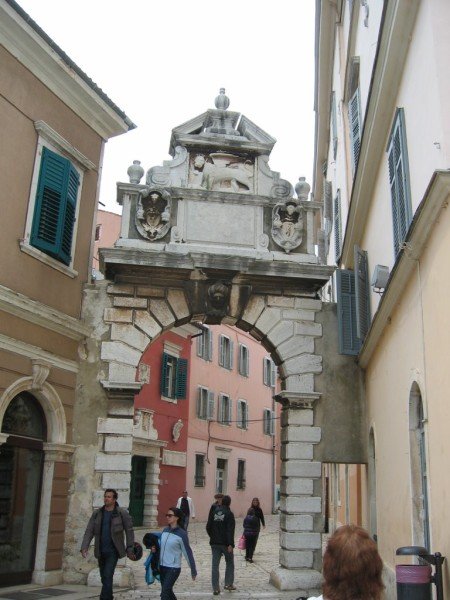 There are reminders of Venice everywhere, but what I really love about Rovinj is its extreme beauty and its location on the sea. 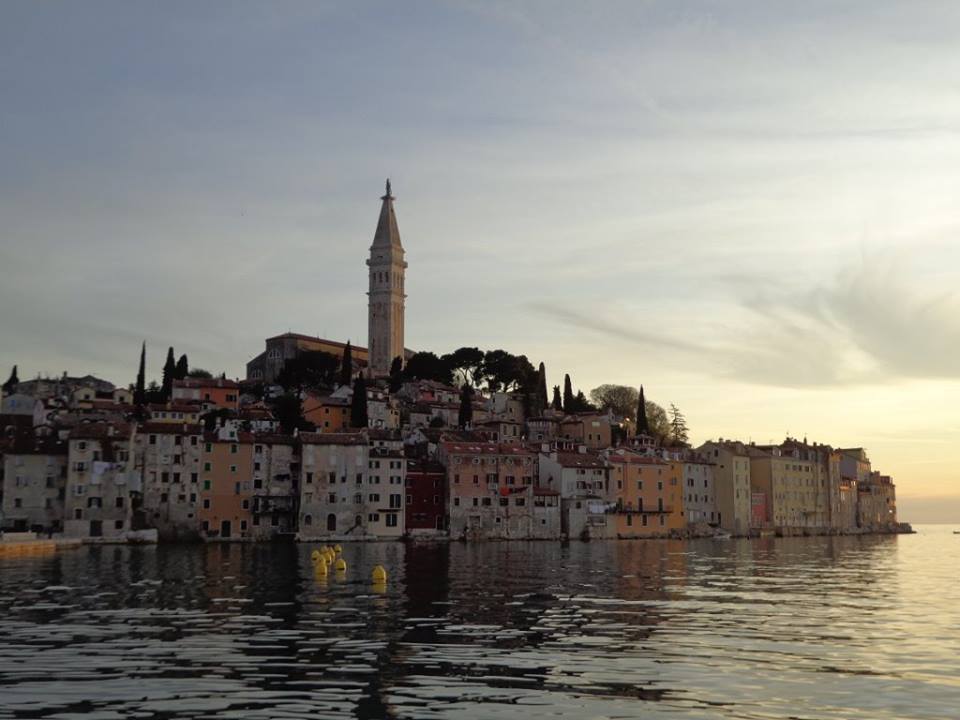 As you  can see, the old town is on an island, but in the mid-18th century the sea was filled in and now it is connected to the mainland. The old town is a warren of narrow streets filled with shops, restaurants and bars. Cross over into the newer part of the town and you will be in a very pretty harbor. 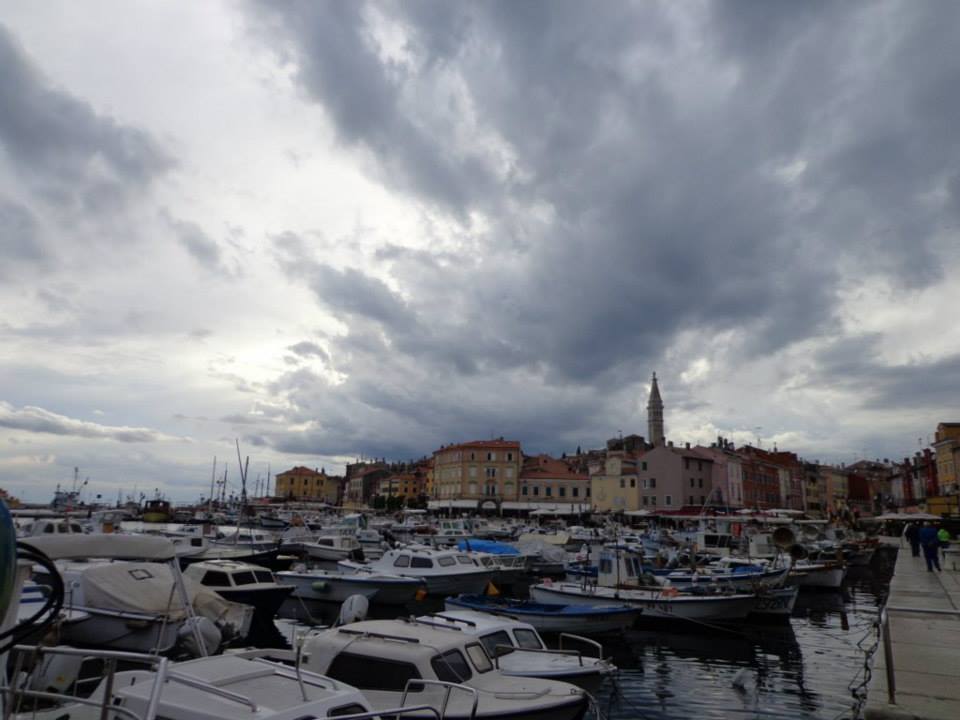 The harbor is also lined with shops, restaurants and bars. There is even a wine tasting room for the Istrian winery Tommaso there. An easy stroll will take you to a quieter part of the harbor. 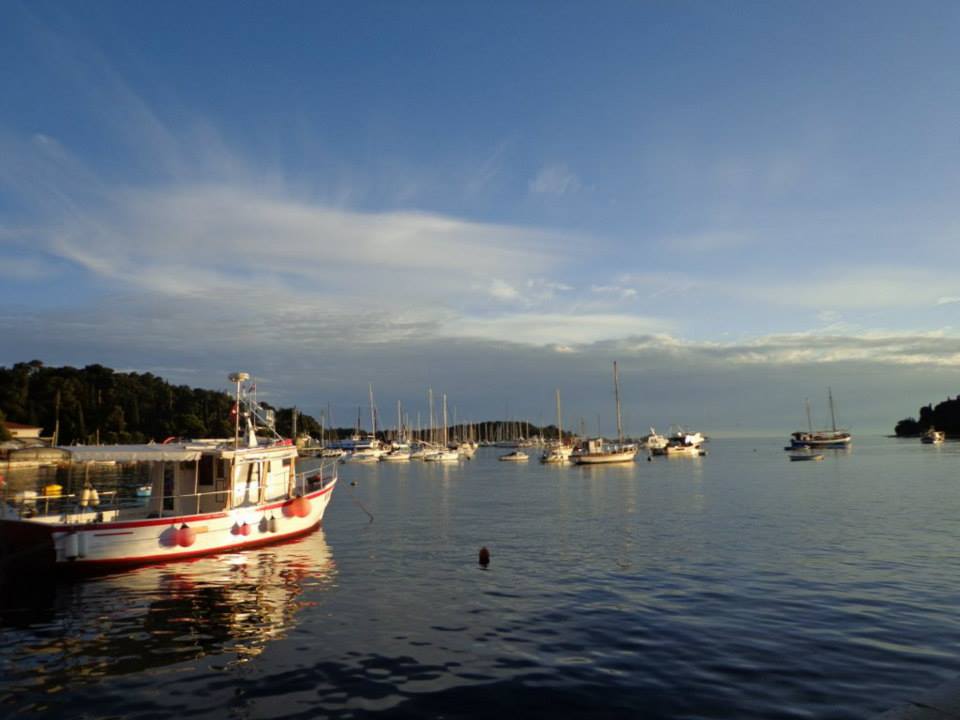 Sunsets in Rovinj are glorious. 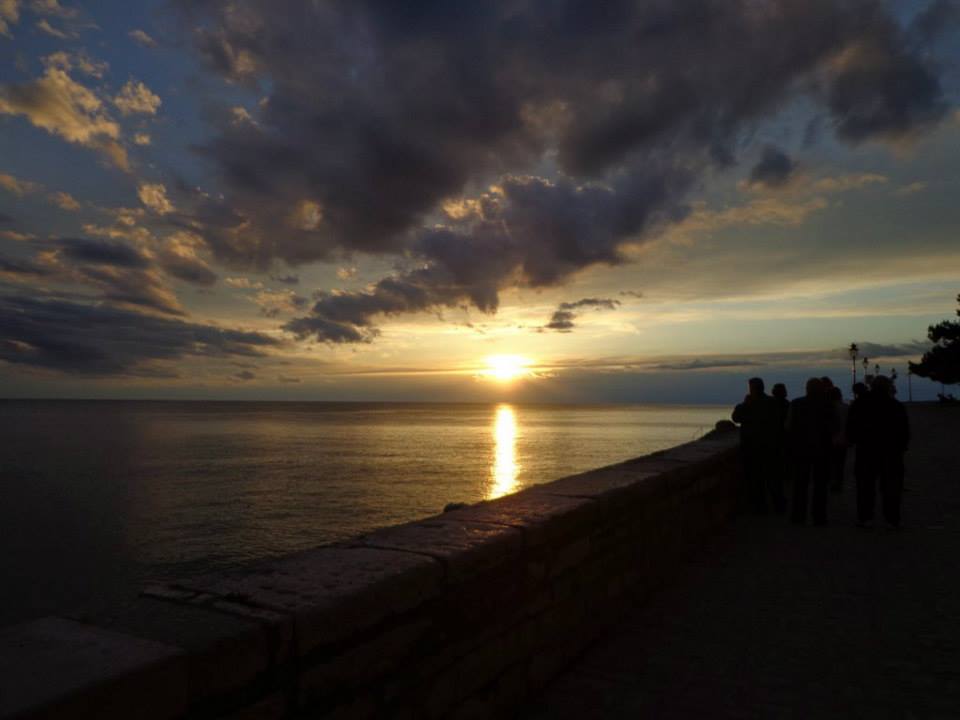 And so is morning mist. 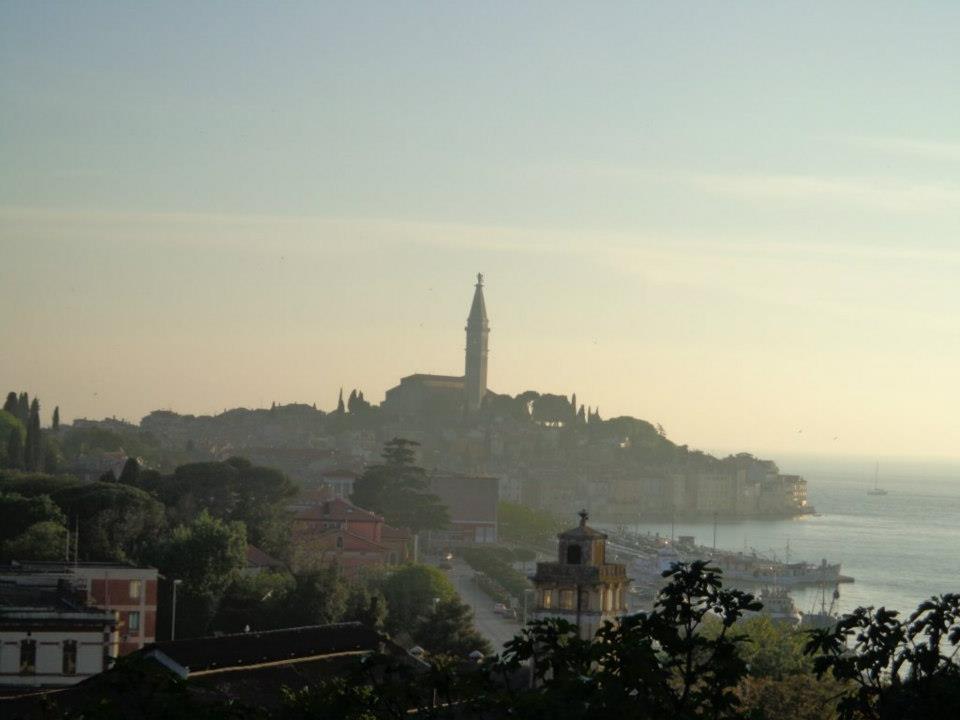 What else do I love about Rovinj? The food, the wine, the mix of Italian and Croatian languages in the streets. Much of the wine is produced nearby in Istrian wineries, while the food is a delightful marriage of Italian and Eastern European cuisines. Because Rovinj was part of Italy from 1918 to 1947, many people still speak Italian there. They even sometimes understand my terrible Italian!

I bring a group to Croatia every year and we stay in Rovinj while exploring the wineries and sights of Istria on GrapeHops Croatia, Land of Wine and History Tour. Come along and see this fantastic place for yourself. 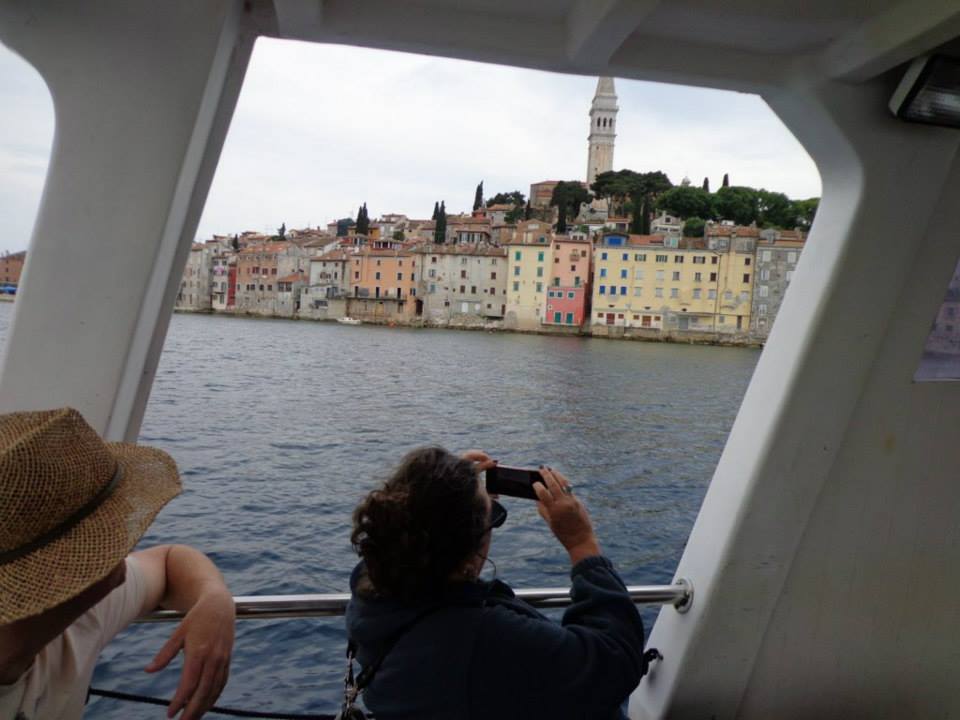