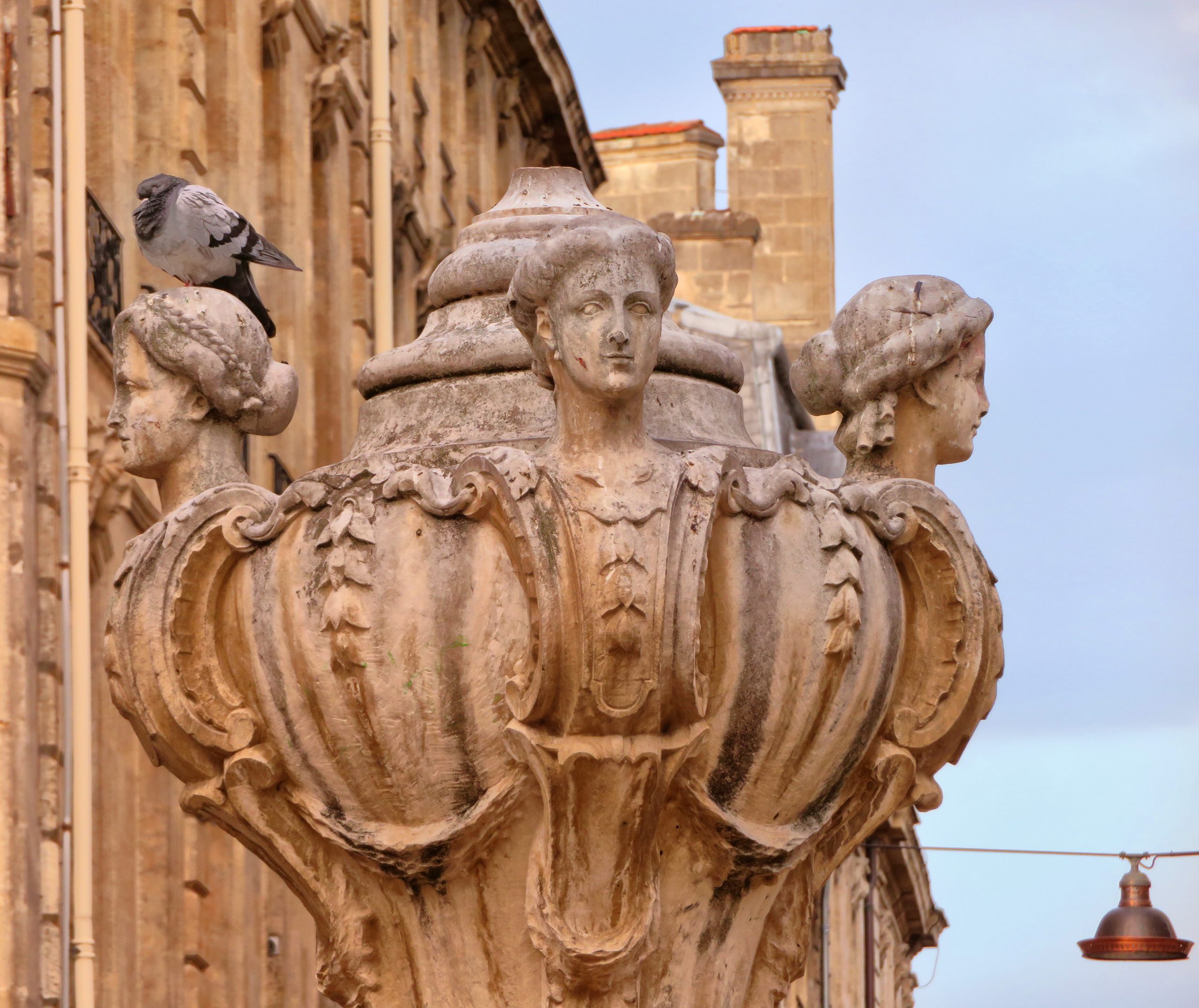 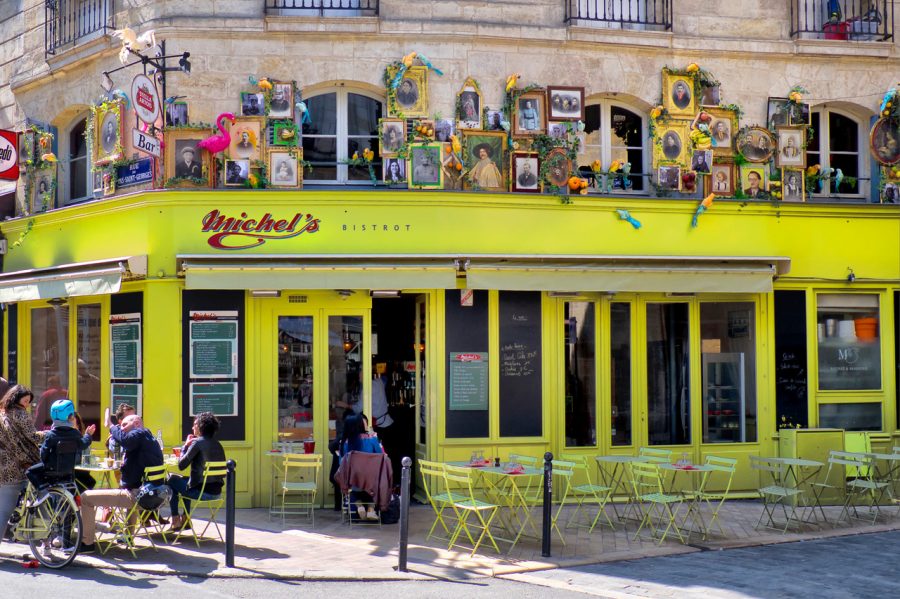 The city of Bordeaux has been known as the Sleeping Beauty of Gascony because of its position nestled against the Garonne River, and the unexpected tranquility of its historic city center. One can easily tuck into a quiet square, find calm at a decorative retro café, and watch the world go by. Unlike frenetic Toulouse, going slow in Bordeaux is easy. By doing less, you experience more. 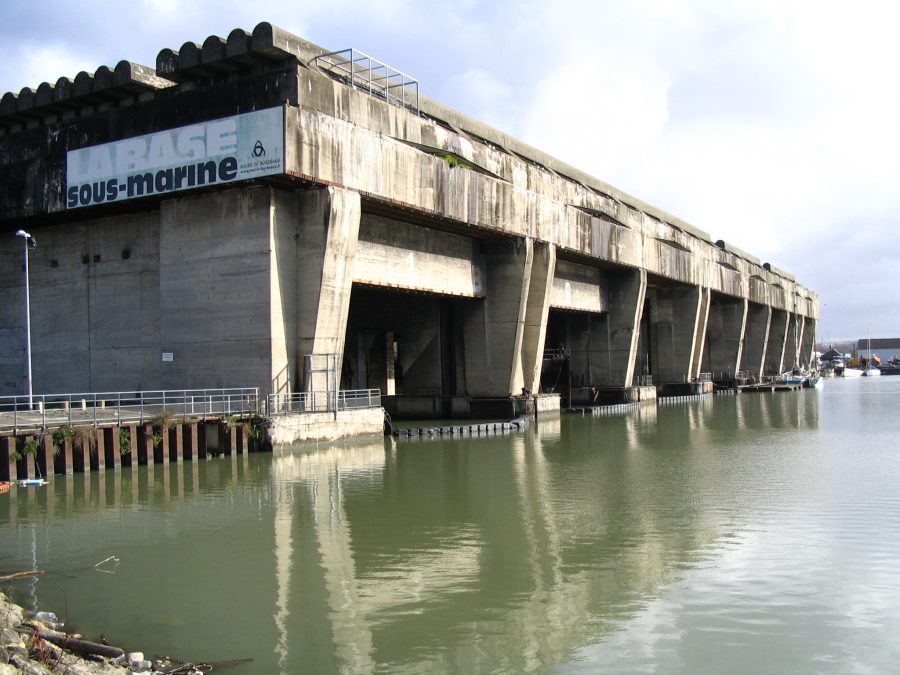 Bordeaux is famous all over the world for its wine and surrounding vineyards, but in recent years it has been transformed through ambitious urban development programs. One such program called Culturalspaces  http://www.culturalspaces.com has modified what was one of five submarine bases built by the Germans on the French Atlantic seaboard  during World War II. Located close to La Cité du Vin, http://www.laciteduvin.com in the Bacalan district, another immersive cultural experience about wine, it’s a short riverside drive outside the city center. 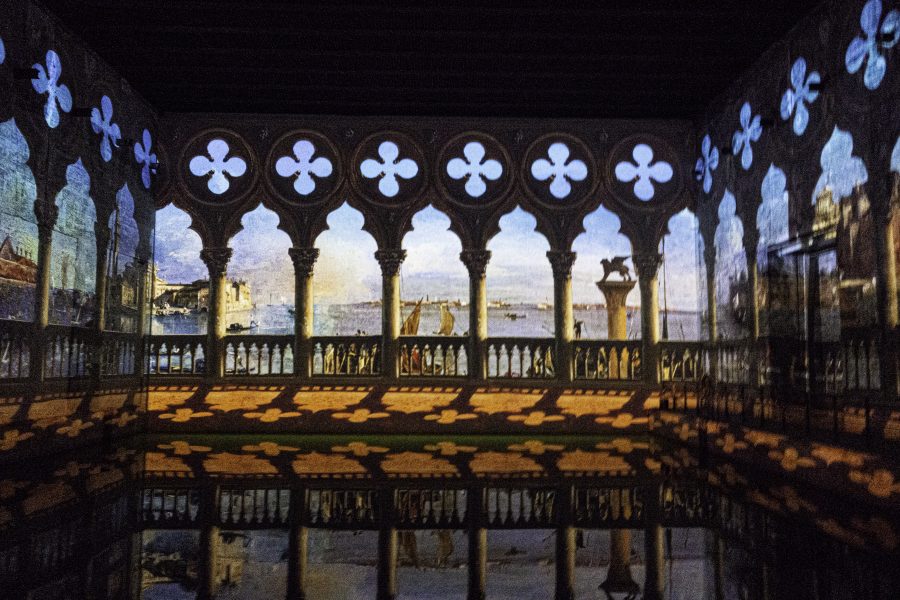 The Bassins des Lumières, Pools of Light,  http://www.bassins-lumieres.com is one of the largest digital art centers in the world. It is three times the area of ??the Carrières des Lumières in Baux-de-Provence, and 5 times area of the Atelier des Lumières in Paris, also managed by Culturespaces. It includes four water basins, 360 feet long by 72 feet wide, and 40 feet high, with 80 audio speakers, and 90 video projectors displaying images over 129,000 square feet of surfaces. 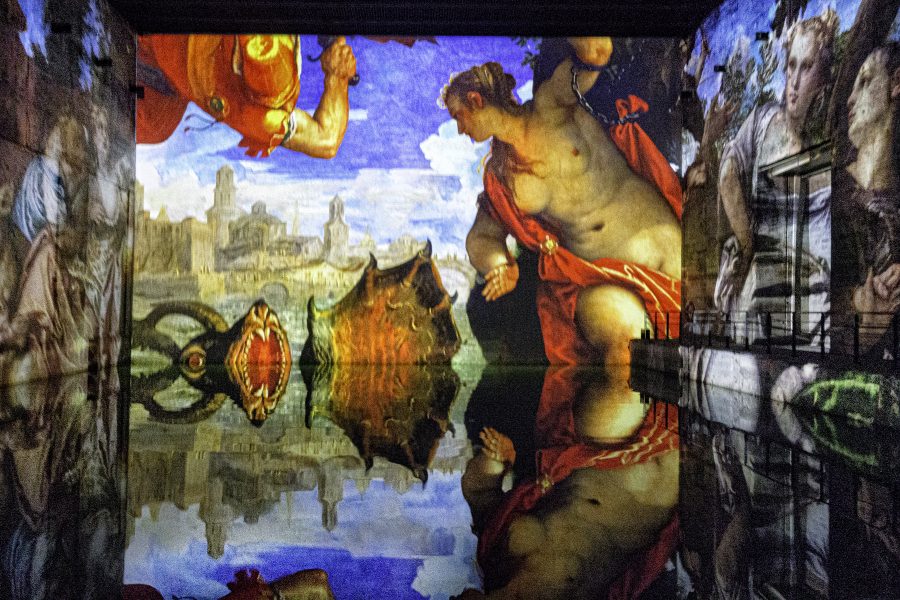 After spending a leisurely day in Bordeaux recently, I experienced firsthand the remarkable metamorphosis of concrete and water into Venise: la Serenissima, Venice: the Serene. Lulled by the dark, the music, and the paintings of Tintoreto, Bellini and Canaletto, the shimmering mosaics of Saint Mark’s Basilica, La Fenice opera house, and the Doge’s Palace reflected in the Grand Canal, I was magically transported to one of the most beautiful cities in the world. 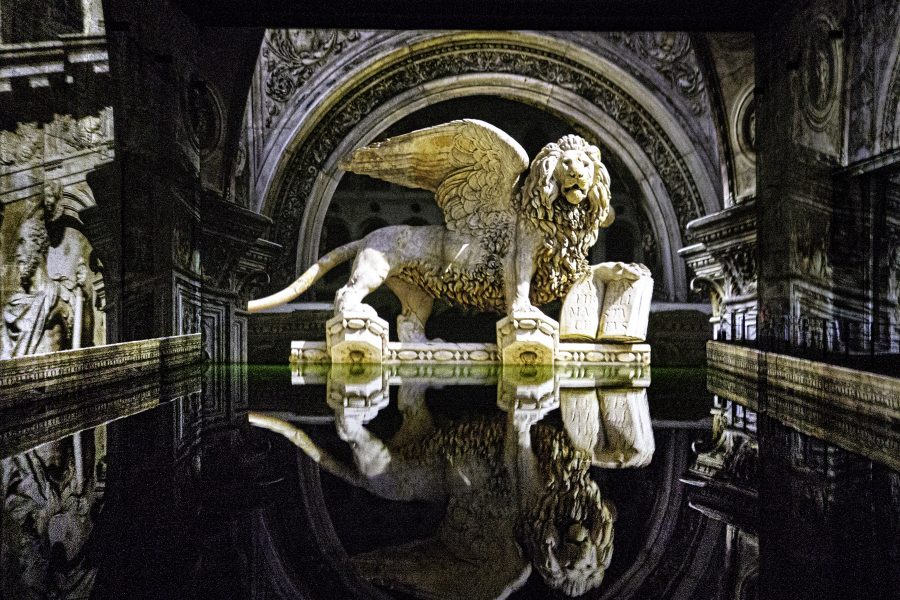