Steve and I have fallen in love with an area of Great Britain we have known about for a long time and at last, fulfilled our wish to visit – the Isles of Scilly which are off the furthest point of the west coast of England, aptly called ‘Land’s End’. This small archipelago of islands is 28 miles from this westerly point and visible on a clear day from the mainland. 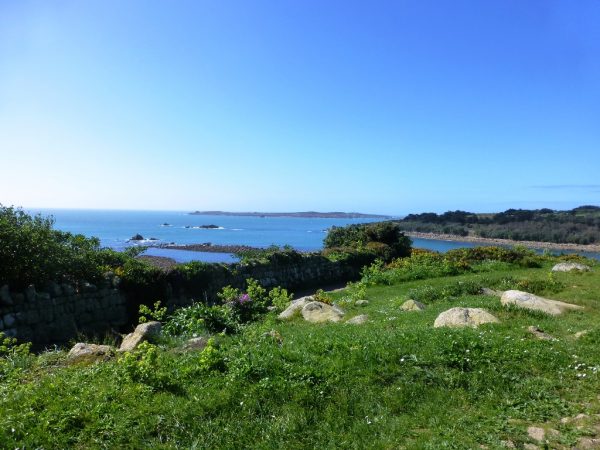 Looking from St Marys, largest of the Isles of Scilly, over to Samson

The largest island is St Mary’s which can be reached by light aircraft or ferry – and soon, by a re-introduced helicopter service. Some of the islands are inhabited, others not and equally, some can be visited, but not all, sometimes for conservation reasons. 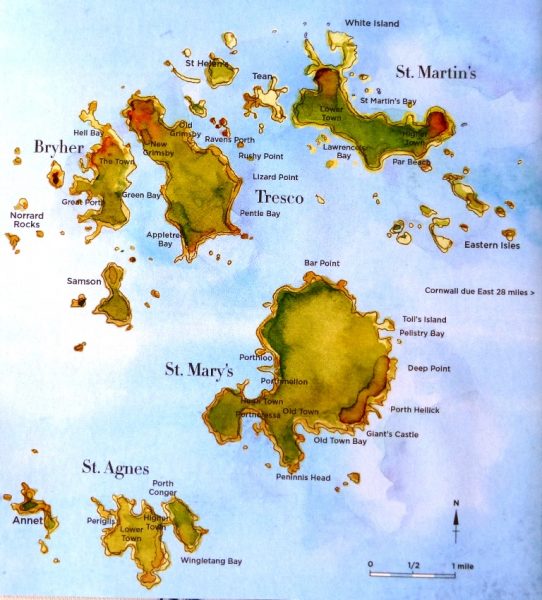 The Isles of Scilly, 28 miles off Lands’ End, the most westerly point in Great Britain.

Why do we say “Slow Travel – a Scilly idea”? Because the pace of life is slow and leisurely – perhaps not so much for the locals, but certainly for visitors. Having left the car behind at Penzance, we were driven to Land’s End airport from where we were transported by an 8 seater light aircraft (an experience in itself – we’ve not been weighed before getting on a flight before! It’s because the weight loading is critical – you are told where to sit so the trim is correct). The day we arrived in late April was rainy and grey so we didn’t get the hoped for magnificent view of the islands set in a blue sea, but fortunately the weather quickly cleared up and we had a fabulous 10 days exploring the islands – the slow way using the local ferry boats that ply between the various islands and then it’s all down to ‘Shanks’ pony’ as they say in England ie on foot! It is a delight to leave the car behind for a while and with it, all the hassle of driving and parking. 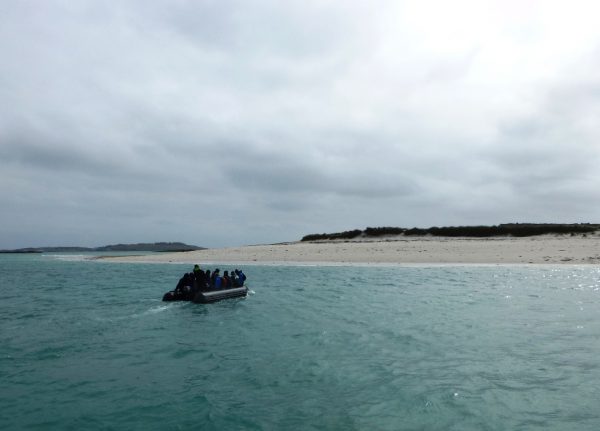 Ferries range from large to small – this was our arrival on St Helens! 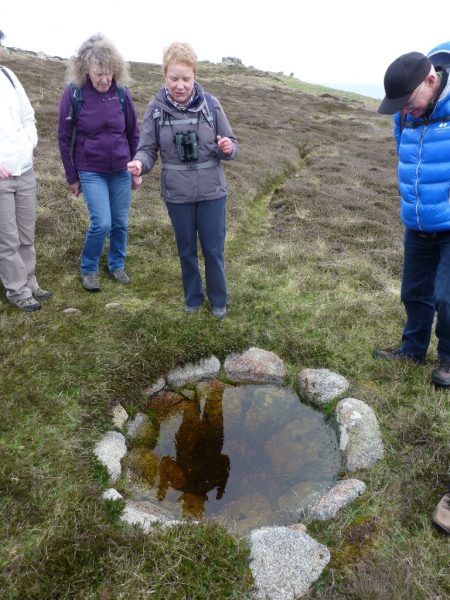 Another reason for wanting to visit this archipelago is to explore the archaeology – there are something like 80 Bronze Age chambered tombs.  We were fortunate in joining local archaeologist, Dr Katherine Sawyer on a couple of her guided walks including one around St Helen’s where there is an now disused Royal Navy plague house. This was used in the 18th century to isolate travellers arriving on the islands suspected of carrying disease to avoid it spreading. It also features in a book by the very popular author, Michael Morpurgo ‘Listen to the Moon’ – he is best known for his book ‘Warhorse’ which also became a major theatre production initially in London, but then the provinces and further afield; also a film. Several of his books are set on these islands and are well worth reading, in our opinion, although primarily intended for children. 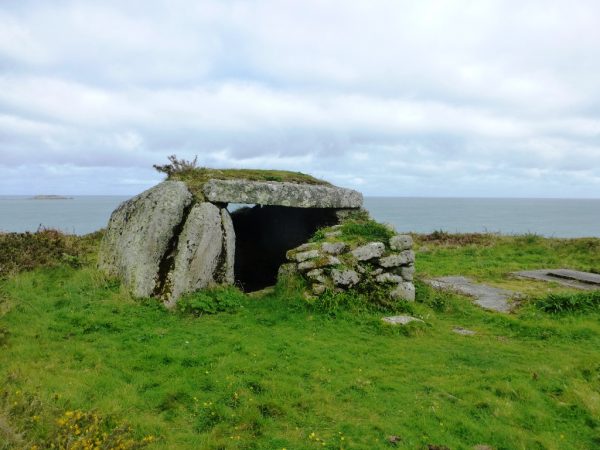 One of the many Bronze Age chambered tombs on Scilly

Another island is Tresco, best known for its gardens, although we were early in the season so didn’t see them at their best. Nevertheless, the design and painstaking construction of these gardens can only be admired, similarly the care that is currently put in to maintaining them – by May they would be a blaze of colour with Mediterranean plants thriving in the mild climate. The mosaic shell house is one of its finest features. 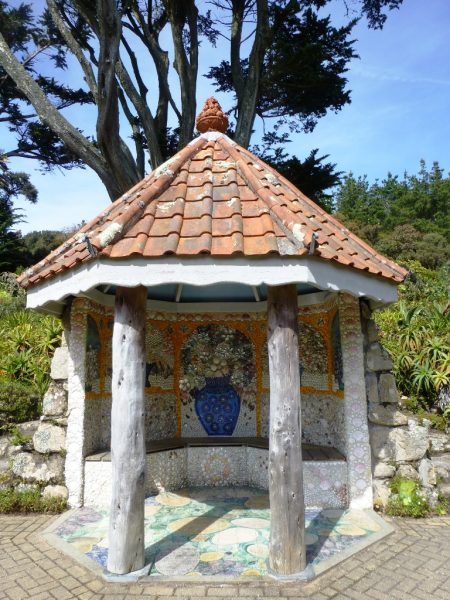 Having enjoyed our time on Scilly, we departed by ferry boat – the Scillonian III – to give us several extra hours to enjoy on our departure day and really make the best of every minute possible.

Another great thing is that we didn’t get to see and do all we wanted to – Bryher and St Agnes, for example – what a perfect excuse (if one is needed) to go back for more Slow Travel Scilly style!