Of course I’m biased, but I believe the best travel is done slowly. I suppose we all have our own definitions of what “slow” means. One size may not fit all. My own take on slow travel simply involves staying in one place long enough to begin feeling comfortable – long enough to discover a few of the less publicized places – time to allow for kicking back and relaxing. 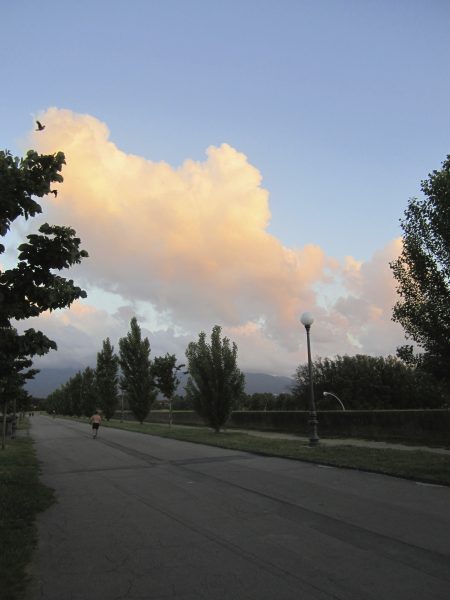 Walking the city wall at dusk

We have taken several small groups to Lucca, starting before the Tuscan town became such a popular destination. 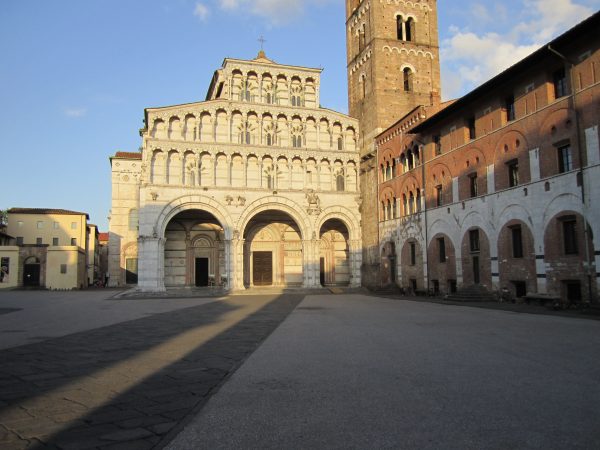 Piazza San Martino after the day trippers have left.

And yet, slow travel does not preclude making day trips from your home base. These quick visits can be rewarding in their own right, and traveling with a small group (as you’ll find in a Slow Travel Tour) allows for flexibility and personal exploration, even on a brief day trip.

I’d seen the mountains of Carrara many times from the coastal autostrada and train line, but had never actually been close to them. The first time I laid eyes on the pure white peaks in 1994 I thought they were capped with snow, but as most of you know, it’s one of the world’s most spectacular deposits of marble – quarried since Roman times. Michelangelo’s David is sculpted from Carrara marble.

In 2015 we decided to take our Arts Sojourn Lucca group on a day trip to Carrara, first stopping at the impressive art town of Pietrasanta. 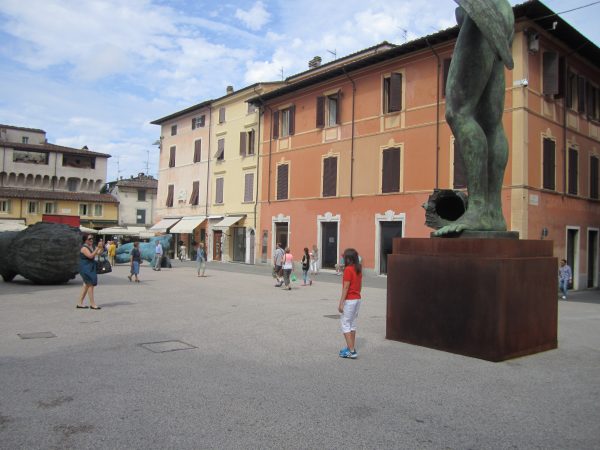 Pietrasanta’s main piazza with a display of monumental sculpture 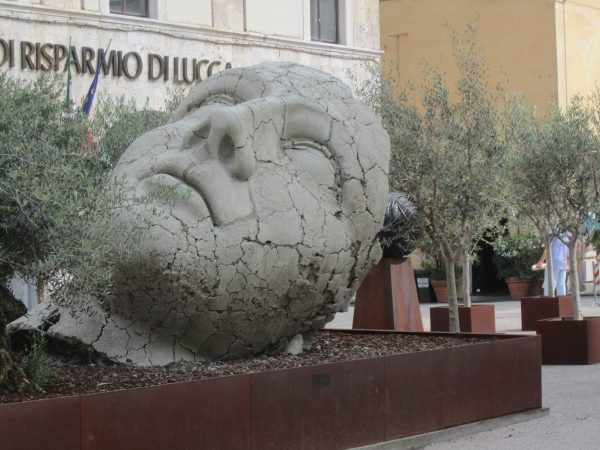 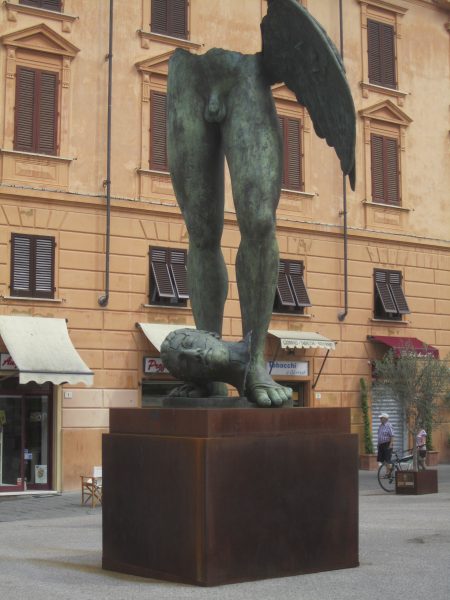 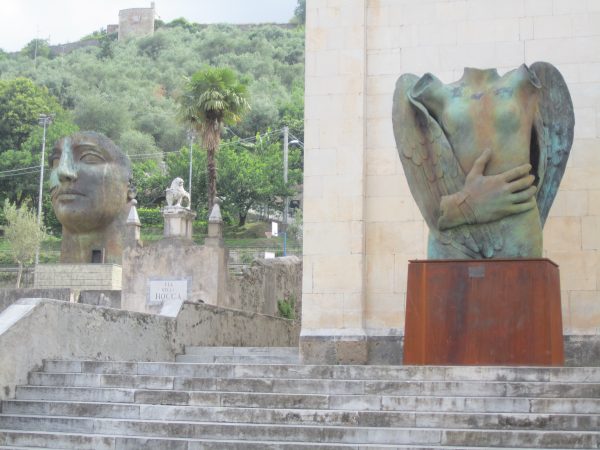 Our relaxed pace allowed for plenty of exploration. Some of us stumbled on a yard where many sculptural maquettes were stored. 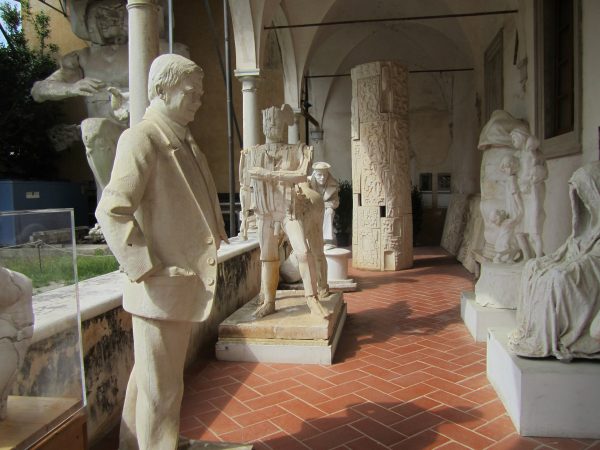 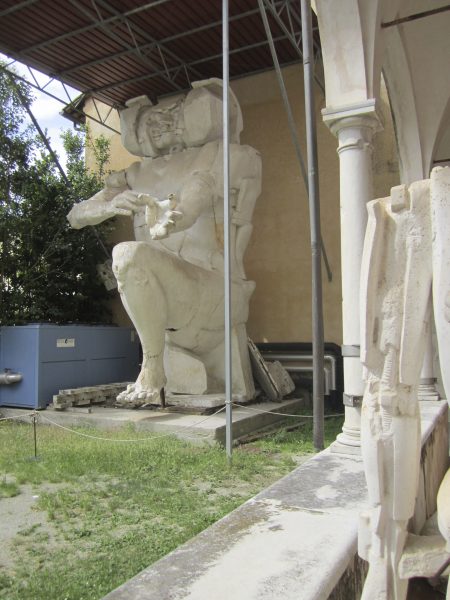 After leaving Pietrasanta our van wound its way around the city of Carrara and up to the quarries. The mountains are not visible as you ascend a series of rolling hills. Suddenly our entire group let out a collective gasp. No photos can even begin to convey the sense of awe that comes from your first glimpse of the marble mountains up close! 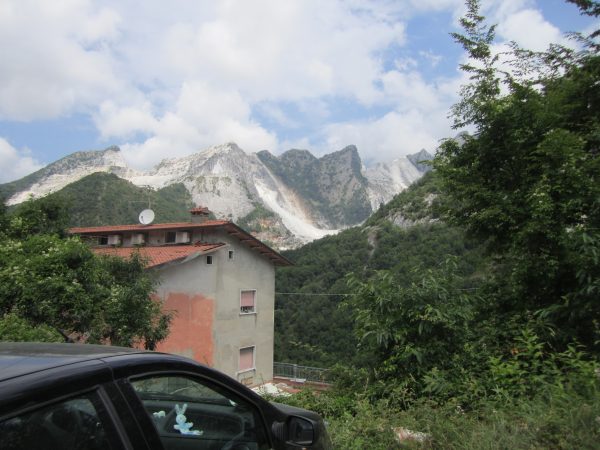 But we would be getting even closer as our driver continued on. 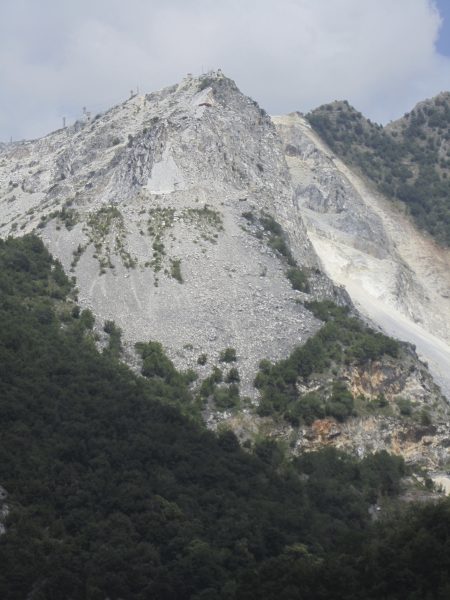 We were lucky enough to stumble onto a little out of the way pizzeria in a tiny mountain hamlet below the quarries. There was barely a sign for the restaurant, but we later discovered the pizzaiolo (the pizza maker) was a two-time European champion – a fantastic meal and memorable experience. 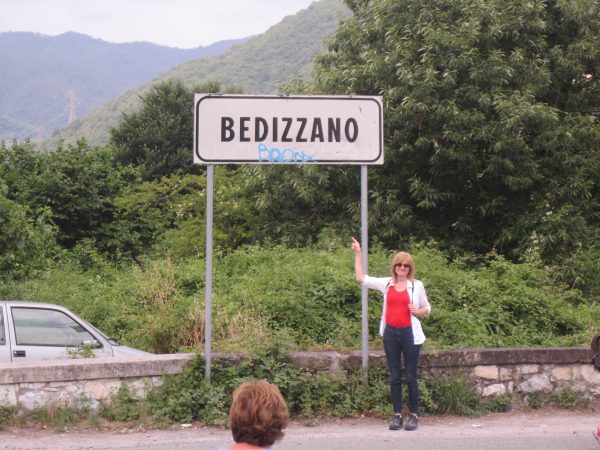 My wife pointing to the graffito left by some scribe on the town sign. “Bronx” is where I was born and raised. 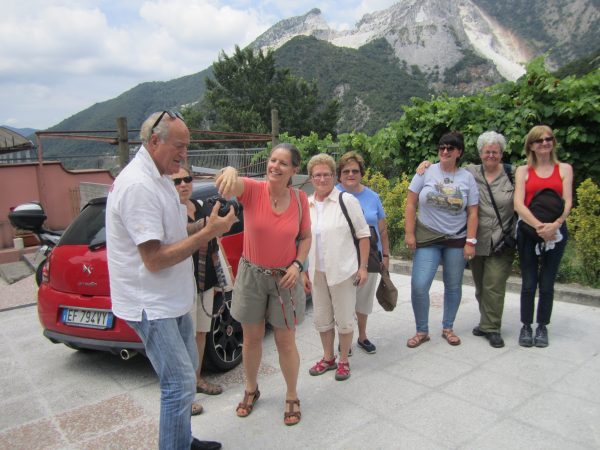 Our driver helping get us assembled for the obligatory group photo in the restaurant parking lot.

After lunch we were able to drive along the quarry roads way up into the mountains right along with the heavy trucks transporting huge marble block down to the port for processing and shipping. 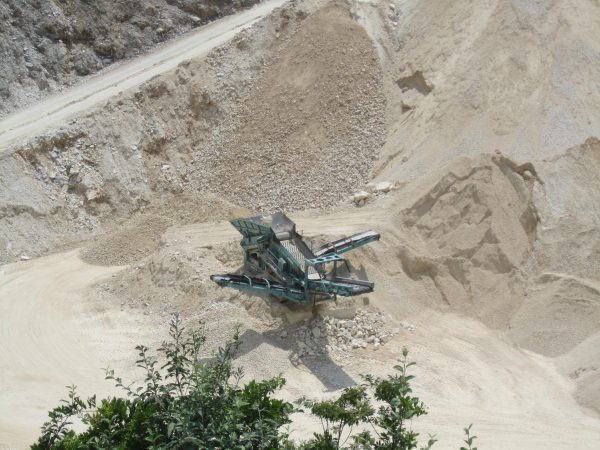 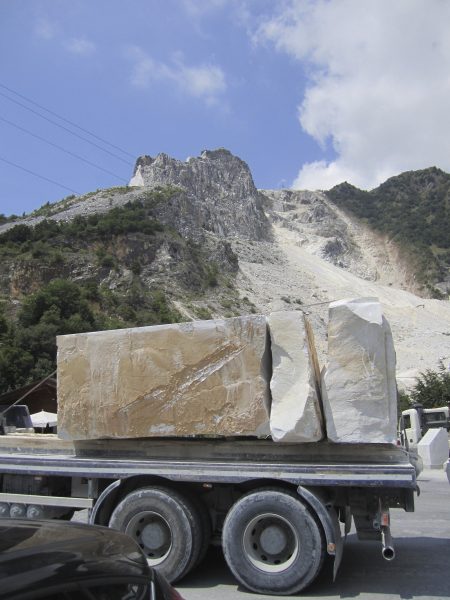 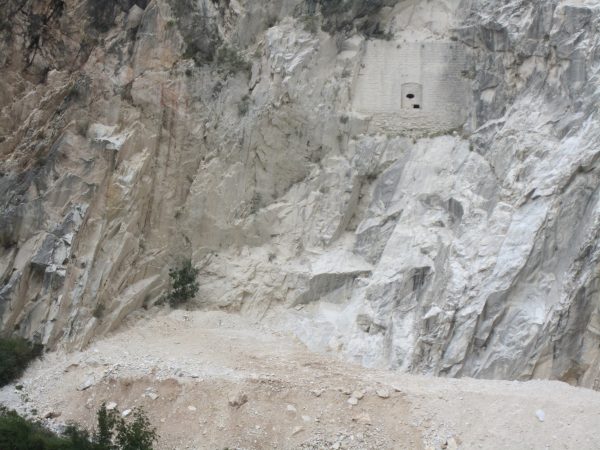 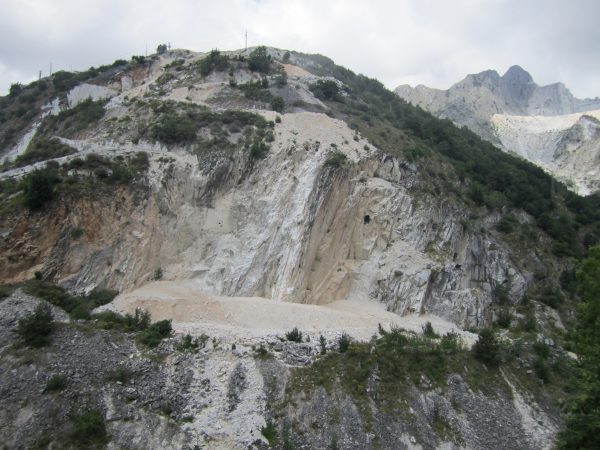 On our way back to Lucca we decided to stop for an hour or so at Torre del Lago, the home of the great composer Giacomo Puccini. We had two professional musicians with us, great Puccini fans, and we thought it would be a nice “gift” from the group to take them there. 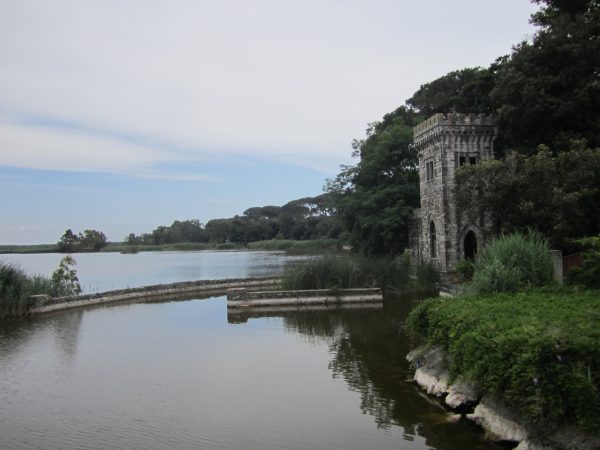 Most of us were not interested enough to take the tour of the house, so we sat at a lakeside bar while our friends enjoyed themselves. Another benefit of slow traveling with a small group.