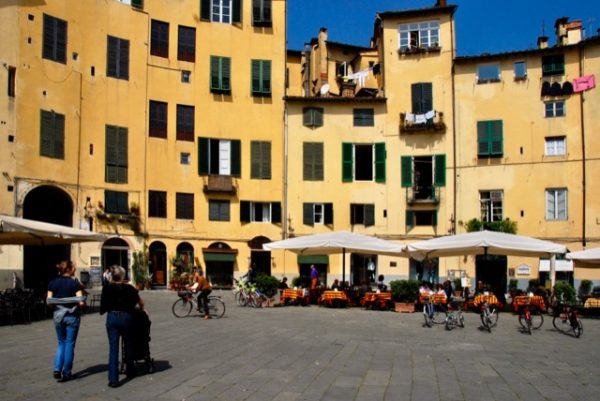 The other day in Lucca a couple of women stopped me and asked: ‘Doe-vay an-fee-tay-atro squa-ray?’ I got ‘Where is amphitheatre’, but I couldn’t figure out ‘squa-ray’. I knew they weren’t Italian, but I didn’t think they were native English speakers either, so I didn’t revert to English. I asked them in Italian to repeat their question. Exactly the same. Hmmm. Eventually it dawned on me that they thought ‘square’ was an Italian word, and having boned up on Italian pronunciation before coming on their holiday (good on them!), they were doing their best to pronounce it properly. Unfortunately, ‘square’ isn’t Italian. We say ‘piazza’ (pee-atz-a). It comes from the Latin ‘platea’ meaning wide. Treccani (widely accepted as the best Italian dictionary) defines it as:

A free area, more or less spacious, square or rectangular or circular or polygonal [ed.—they could add oval], which opens in an urban environment, often architecturally important, and sometimes beautified with a garden, monuments… 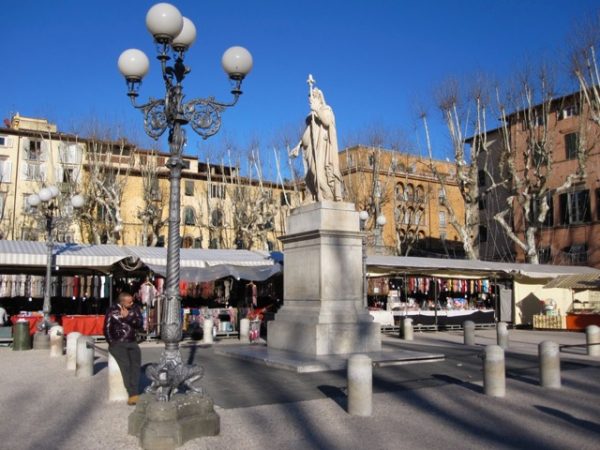 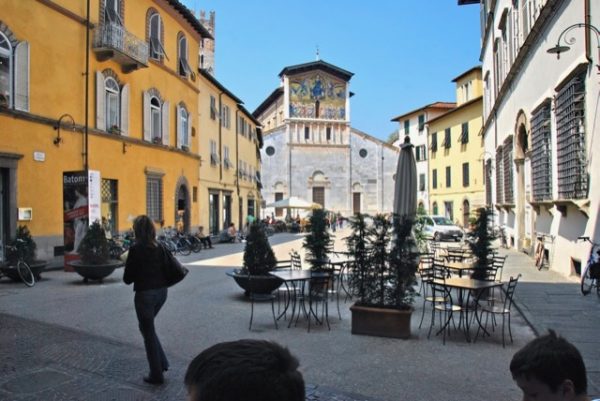 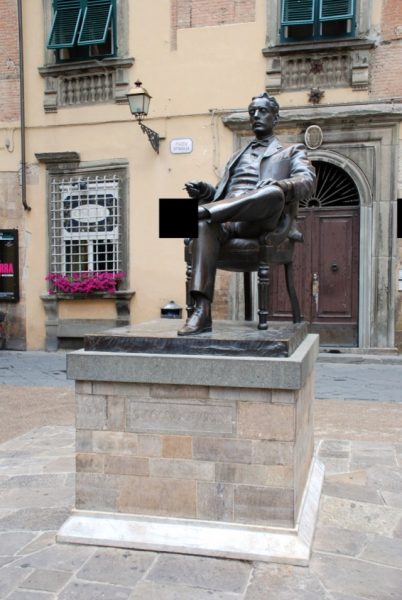 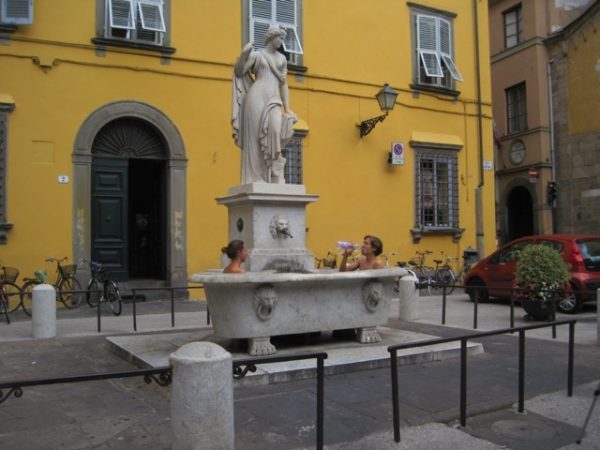 …having the urban functions of facilitating movement, possibly the parking of vehicles… 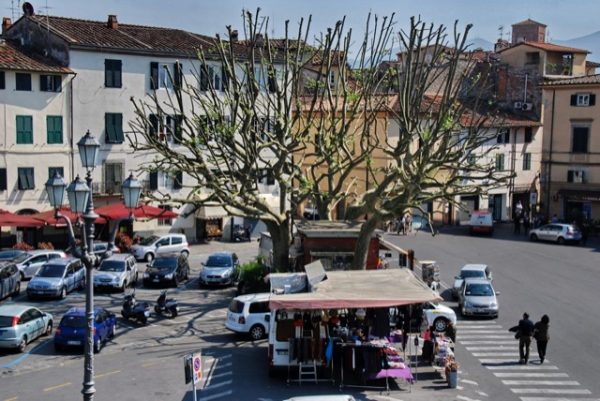 …giving access to public buildings, serving as a meeting place for citizens… 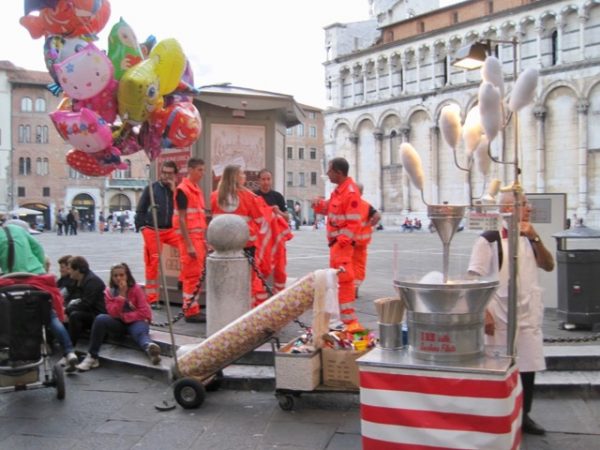 …constituting not infrequently the centre of economic and political life of the city or town. 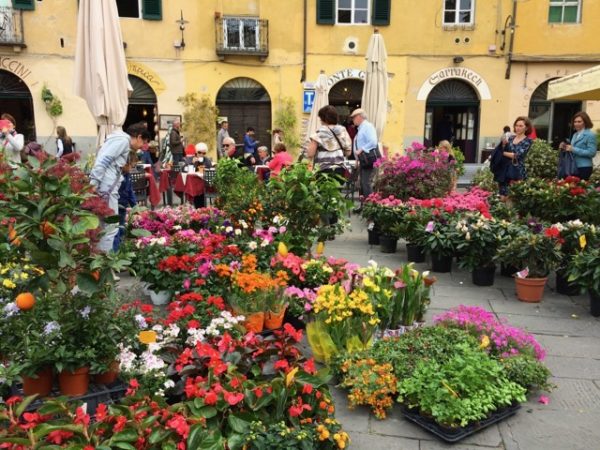 ‘Square’ really doesn’t quite do it.

By now you may be wondering why English-language guides to Italy translate ‘piazza’ as ‘square’. Because they don’t realise that we know perfectly well what ‘piazza’ means. The same with ‘gelato’. They don’t know that there are gelaterias in London (and lots of other places). Even if you aren’t aware that gelato is a different frozen dessert from ice cream, you at least have some idea of what you’ll get at a gelateria. If you’re curious about the differences, here’s a great article: https://londonist.com/london/food/best-gelato-ice-cream-gelateria-shops-london 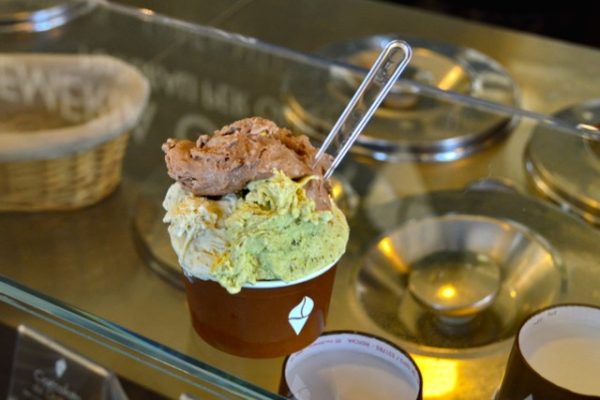 When you’re in Italy, why not take the opportunity to practise the Italian you already know? You came all this way, and since you’re a ‘slow traveller’, you want to immerse yourself in the culture. Why not listen to what the natives around you are saying? Don’t assume you won’t understand. If you know a little Spanish or French, Italian isn’t a million miles away. If you’re travelling with other English speakers, make a game of it. Always use the Italian words you already know, and try to learn one or two new ones every day.

If you’re worried about mispronouncing the words, stop fretting. Italians love it when people try to speak their language, and they’re so intuitive they’ll figure it out no matter how mangled it is. And think how good you’ll feel when they beam and give you want you asked for. By the way, don’t worry if they then babble on in Italian. They love to talk, even if the listener doesn’t understand a thing. 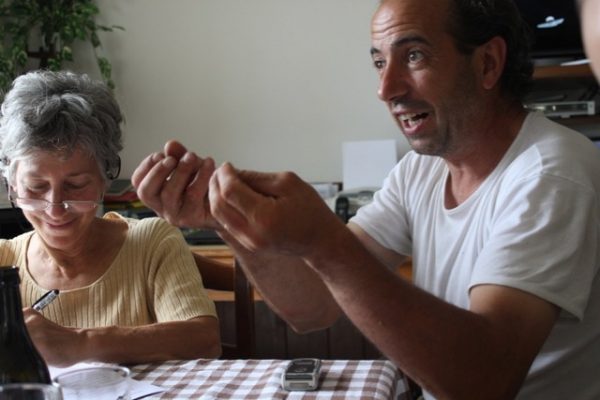 If all else fails, try hand gestures. Marco gives you a humorous introduction: https://youtu.be/_8hAOxsTpVY 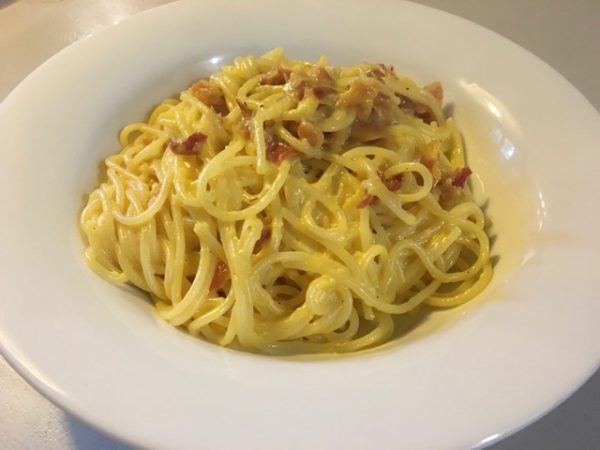 If you’re not convinced, and you’re still going to say ‘square’ and ‘ice cream’, then I hope you’re going to call the dish in the photo above ‘small strings with bacon and eggs’ because ‘spago’ means ‘string’ and ‘-etti’ is a diminutive suffix.