Regular readers of my contributions to these pages will know that my wife and I operate a luxury Hotel Barge in southern France, in the Garonne Valley between Toulouse and Bordeaux. Our barge, the Saint Louis, is just small enough to be able to pass through the locks on the canal. By ‘small’, I am talking of 30 metres long and 5 metres long, giving us 150 square metres of comfort and luxury for our guests and our crew.

Because of the size of the barge, not all canals are available to us. For example, here in France the locks on the canalised river the Baise are too narrow and too short to permit our passage. In general, however, we could operate the Saint Louis almost anywhere in France (although we have no intention to move from south west France – it provides us with a gentle unspoilt rural environment that we find just perfect) 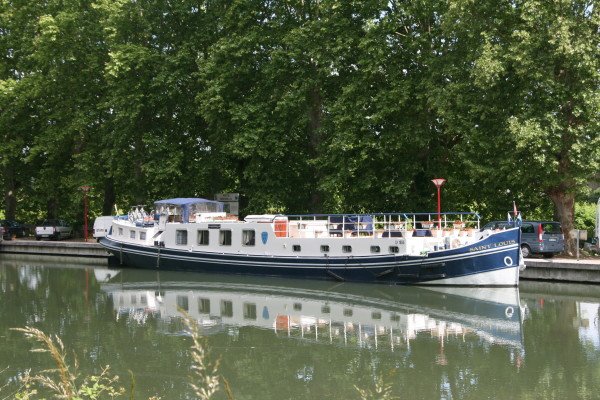 In England, however, the canals are quite different. Here, the canals were constructed in the 18th, 19th and 20th centuries, as in France they were made in order to carry freight. However, as industry and commerce developed, the English canals were not enlarged. The vast majority of the English canal network has locks that will accommodate boats that are just 7 feet (2.1 metres) wide.

The working boats that originally plied their trade on the English canals were horse drawn, and of course these evolved into having diesel engines once these were available. Cargo handling on these canals had reduced substantially by around 1945, largely as a result of the railways being able to carry much bigger consignments, and being able to deliver cargo much quicker.

For the most part, the heritage of three centuries of canal use has not been lost. Although many of the canals fell into disrepair, there has been a major programme of restoration, permitting people to take to the water and explore the countryside and the canals. The vessels that are used are modelled on the cargo boats of yesteryear, but in general they are highly designed and equipped specialist boats – known as Narrowboats. 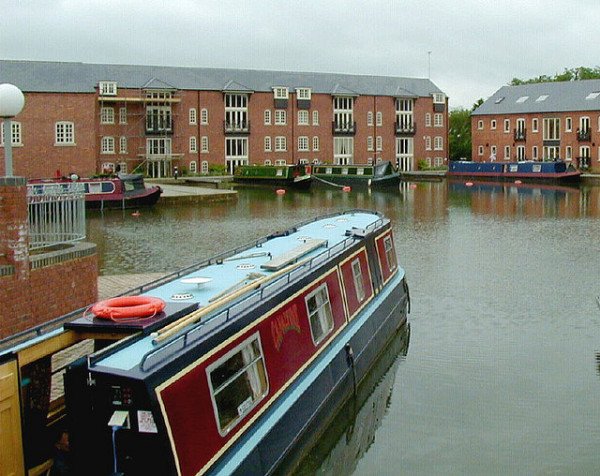 Narrowboats in an English city

There are now over 27,000 narrowboats in England. Because of their size and shape, they allow you to explore the narrowest of channels, the most secluded of corners. They travel at walking speed, and they must represent one of the finest forms of Slow Travel! 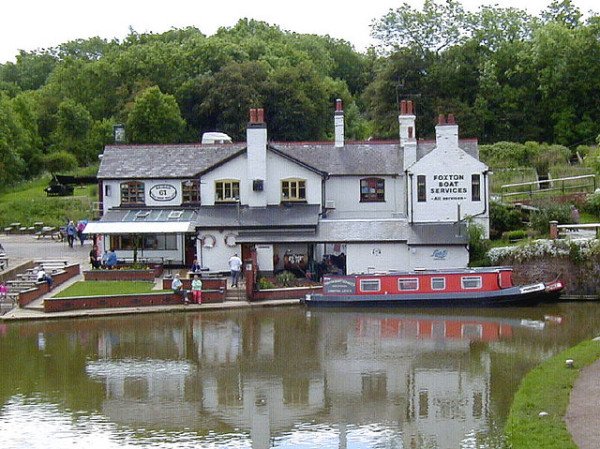 Narrowboats fall into three distinct categories. Firstly, many are used as permanent accommodation, perhaps of a somewhat alternative nature. Secondly, they are owned by people who use them to ‘get away’ at weekends and other spare time, exploring deep into the country in perfect peace. Thirdly, some narrowboats are owned by hire companies, enabling couples and families to take an unusual and very relaxing holiday. Some are even to be found in France, and it is estimated that around 200 English narrowboats have made the crossing – largely by lorry – both in private hands and owned by hire companies. 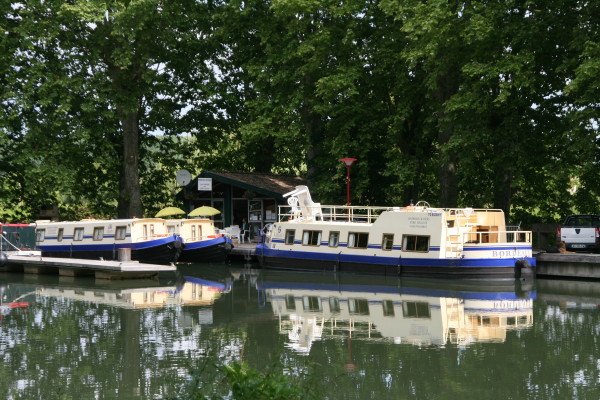 The Minervois Cruisers fleet at Meilhan-sur-Garonne