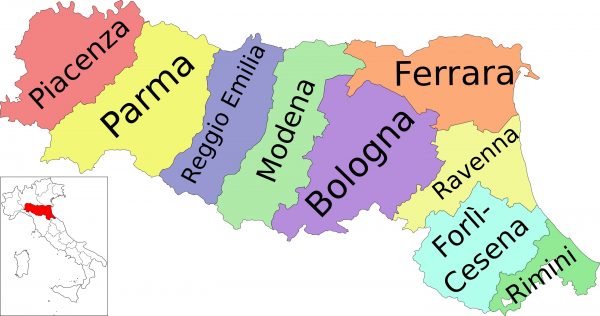 Despite the region’s food fame –Emilia Romagna is world known as a food mecca– this region has a proud wine-making tradition and many of its wines deserve to be discovered. 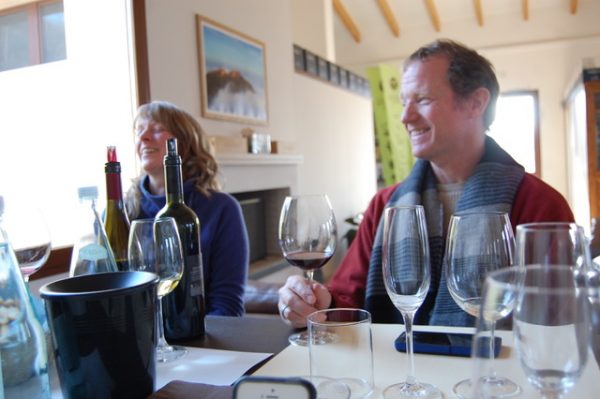 Viticulture began here in the 7th century BC, vines were introduced here by the Etruscans and later adopted by the Romans. ER, as the name suggests, was once two distinct regions (Emilia and Romagna), and there still are different climates and soils, that create very disparate wines. 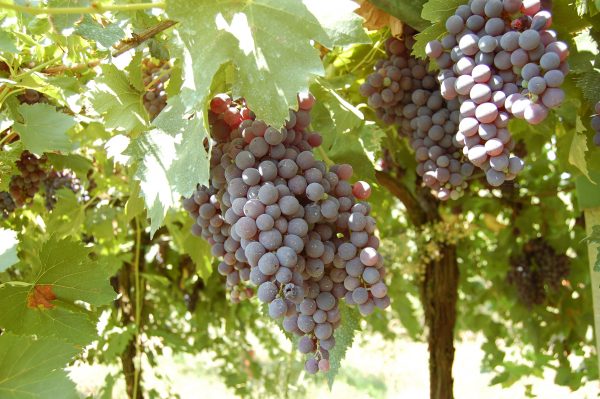 The most important wine of the region is produced in Romagna: Sangiovese (DOC from 1967).
Sangiovese grapes are cultivated in several areas of central Italy, in particular in Romagna and Tuscany (Brunello of Montalcino and Chianti are made of). Characteristic of this wine is the high acidity and light/medium body. 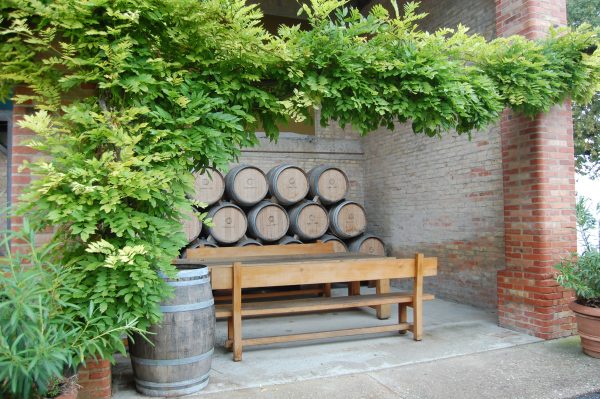 In terms of white wines, Albana and Trebbiano are the most important in Romagna. Albana of Romagna was Italy’s very first white DOCG wine (from 1987), when only the “famous”  reds enjoyed the same status. 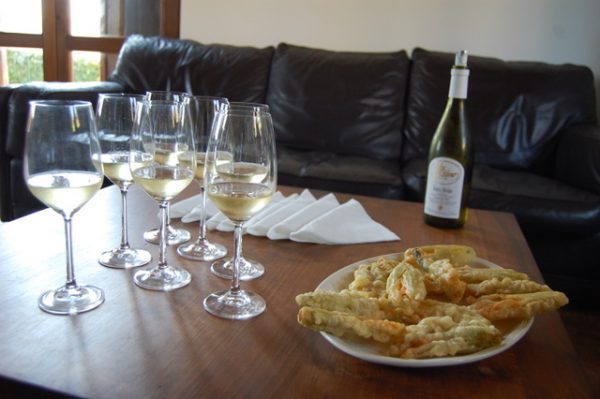 It is an extremely versatile and aromatic wine, produced in several versions – dry, amabile, sweet and passito and also sparkling and spumante versions. 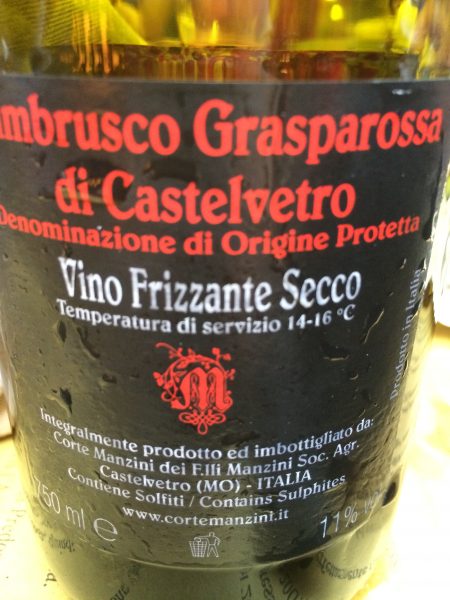 Emilia is also known for Lambrusco, a red sparkling wine, that matches perfectly with the local food such as prosciutto and salumi and Parmigiano. After a period of low reputation abroad as a cheap, low-quality wine, some years ago Wine spectator rehabilitated this wine, that now is having a very good success also due to the hard work of young Lambrusco producers who have done their utmost to create a large variety of different and interesting Lambruschi. 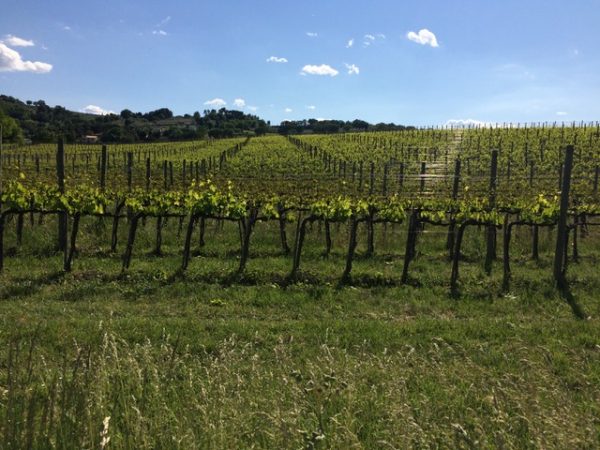 Pignoletto (which awarded DOCG in 2010) is another Emilia’s indigenous wine produced mainly in Bologna hills. It is successfully created in still, sparkling and spumante versions and it is gaining very positive international recognition as a delightful alternative to Prosecco. 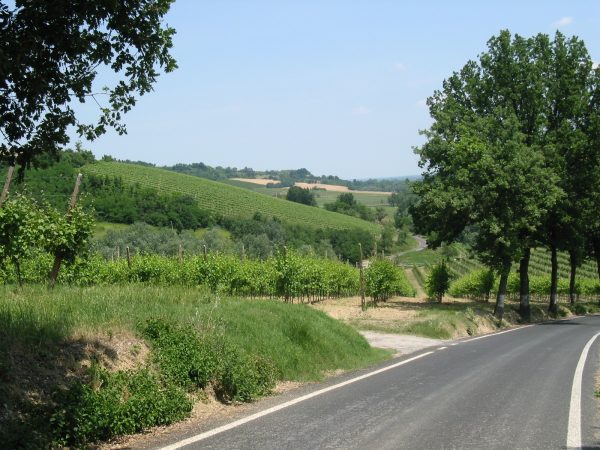 Last but not least Pagadebit DOC, from grape bombino bianco and cultivated in Romagna, is a vigorous white wine whose name literally means “pay debts”. It is an extremely sturdy and weather-resistant variety, which helped the farmers to pay the debts accumulated during the years even in bad years.

If you are interested in visiting Emilia-Romagna, we have limited space available for our November 4-9, 2018. Click for more information.