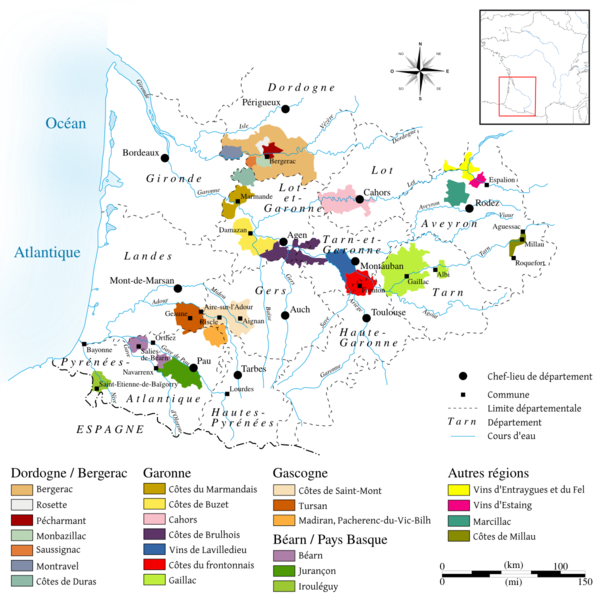 Why does this matter?  You have only to drive through the two wine regions of South West France and Languedoc to see some of the differences.  Languedoc is the largest block area of grape monoculture in Europe, and you will see huge areas of vines under one single ownership.  This is industrial scale production,  and it contrasts sharply with the family farm artisan production of South West France.  While there are some grower cooperatives,  for example in Buzet and Fronton, the average vineyard in South West France has less than 10 hectares of vines.  It is for this reason that wines that are truly from  South West France are almost unknown internationally;  the individual producers are nowhere near to having the critical mass that makes the cost and complexity of export worthwhile.

We operate a luxury hotel barge called the Saint Louis, offering cruises in the Garonne Valley, broadly speaking between Toulouse and Bordeaux.  Many of our international guests have a deep and developed interest in wine, and we are able to offer them a selection of wines that for the most part they have never heard of.  Thus, it is a journey of discovery!  We carry nearly forty wines on the boat, and needless to say we specialise in wines from the area in which we cruise – South West France.   Almost all of our wines are bought direct from the producer, and the relationships that we have developed over the years are very important. 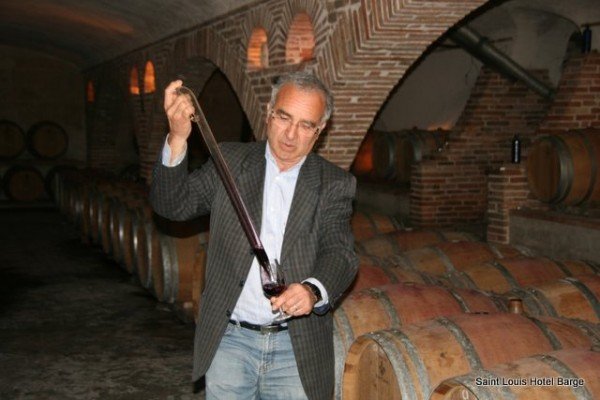 Vintner in the Fronton Chateau of Saint Louis

You can think of the wine area of South West France as being a bit like a patchwork quilt, since it is sub-divided into a number of smaller growing areas.  Hence, to the east you have Gaillac, Côtes de Montauban and Fronton.  To the north there is Cahors and Duras, along the valley there are such wine areas as Saint Sardos, Côtes de Brulhois and Buzet, while to the south there are a number of areas going up into the foothills of the Pyrenees, including Béarn and of course Jurançon.  All of these areas are represented in our cellar. 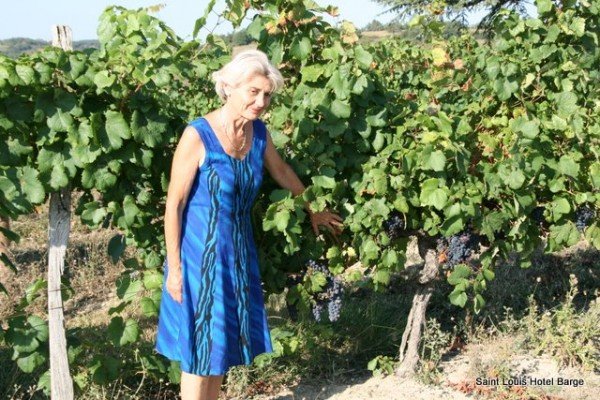 It is significant to point out that, with the exception of the vineyards in the foothills of the Pyrenees,  all the individual wine areas of South West France lie in the catchment area of the River Garonne and its tributaries.  Most of the wine areas date back to the beginnings of wine in France, to Roman times, and Gaillac for example is France’s second oldest wine-growing area.  Certainly, wine was produced in these areas long before vines were grown in Bordeaux.  In the days of ox carts, water transport had a major influence on trade, and the wines of South West France, heavy in flavour and rich in tannins, were floated down the river systems to the trading port of Bordeaux.  From here they were exported throughout western Europe,  frequently under the cover names of Claret or “wine of Bordeaux”.  During the 13th and 14th century this trade was very significant, but then Bordeaux started to develop its own wine production, and subsequently introduced protectionist legislation in a series of laws known collectively as “police des vins”, within which the new Bordeaux wines were given marketing preference, ultimately to the extent that the wines from “up country” could not be exported until all the Bordeaux wines had been sold.  As Bordeaux increased its area of vines, this legislation had increasing effect on the traditional producers, even resulting at one time in no up-country wine being allowed through Bordeaux.

Before the construction of the railways and the canal (and later the roads),  access to river transport was crucial to any business.  The police des vins resulted in a downturn of production in the area now known as South West France.  There is no point in producing a commodity if you cannot get it to your market!

In more recent times, however, thanks to road transport, the wheel has of course turned.  There are many producers in South West France who have recognised the market for a high quality artisan product; they have identified that small scale can be a commercial advantage as long as it is combined with excellence of quality.  It is interesting to note that this surge of excellence comes from not only French producers, but also producers in this region who are of foreign origin, and we buy from vineyards owned by Scots, Irish, English, Belgian and Iranian wine makers, as well as some of the more dynamic French producers.  It is noteworthy that over 60% of the wines that we carry are silver or gold award-winning wines.  These awards are frequently gained in national or international competition, competing against other wine regions in France and against other wine producing countries.

We cannot produce an overview of the wines of South West France without the mention of two other beverages, both with their origin in fermented grapes.  Firstly, the area of Gascony is known for the production of Armagnac, a type of brandy which was known in the 14th century and which is therefore significantly older in origin than Cognac.  Armagnac is artisan produced, and almost all producers of Armagnac also produce Floc de Gascogne.  There will be more about these liquid pearls of the region in a later post!

As an aside, it is interesting to note that the importance of the wine industry in this area is reflected in the many specialist suppliers here who serve the wine producers, and also in the presence of a highly successful barrel maker, who exports his products all over the world, including to Australia and the United States. 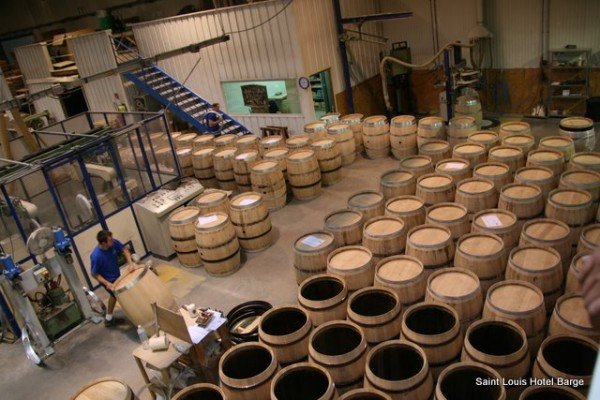 Barrels being made – solid oak and very high tech

There is one fact that is quite surprising.  In spite of the population in this part of France having a fairly high-fat diet (particularly with the importance of duck and goose in the diet) the level of cardiovascular disease here is exceptionally low, even stated as being one of the lowest in the world.  Various authorities have attributed this to the highly tannic red wines, others to the health-giving properties of Armagnac.  Perhaps it is also due in part to the easy pace of life that is to be found here (combined, of course, with the occasional glass of something that is locally produced and good for the health!).

In Part 2 we will be looking at some of the wines themselves in more detail.