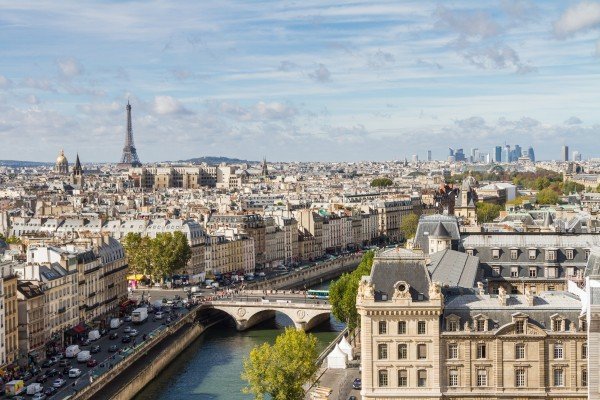 Charley and I returned from France just 15 days ago, four days after the terrorist attacks in Belgium. It was a wonderful trip… they always are. On March 7 we flew to Paris and met our daughter Kelly. The three of us spent several days in Paris and then took the train to Provence for two weeks. On our trip home, we flew from Marseille to Paris, and then to Atlanta.

We’re back in the USA for a month and then we’ll return to Europe for almost four months. We also have trips to Europe planned for September/October and December. Kelly will be in Europe this summer too, doing language study and research for her master’s program in history. And in September she’ll move to London for the second year of her two-year program.

Some of our friends have asked if we’re afraid to travel in Europe these days. They’ve read about terrorist attacks the past six months in Paris and Brussels, the deaths of more than 160 innocent people in these attacks, and injuries to many more. These events have been widely reported by the media, and I understand why this might make some people apprehensive. (In contrast, over 13,000 people died in the USA in 2015 as a result of gun violence, 36 people per day… but that’s not the focus of this post.)

Bad things can happen to innocent people anywhere in the world. Would-be terrorists show up at a holiday party or a marathon race and kill and injure people. Angry or crazy people bring their guns to a church or movie theatre, a high school, a shopping mall. A drunk driver crashes into a family’s car. A fire spreads through a nightclub. A flood or tornado ravages a town. A drug addict desperate for money ambushes someone as they step out of their car or forces his way into their home. We could all tell many more stories in which innocent people were victims, sometimes in our own hometowns.

As a former Human Resources executive for more than 25 years, I’ve read the news stories about disgruntled ex-employees showing up at their workplace and killing a boss or HR manager. And now after 10 years as a college professor, like other teachers at American colleges and universities, I’m acutely aware of every violent incident on campuses and in classrooms.

Unfortunately, life isn’t safe anymore and never really has been. But the dangers today seem to come from different places, often unexpectedly, and of course we know much more about every tragic event from the internet, television, and the newspapers.

I’m still going to go to the movies and to the mall, drive on the highway, and teach my university classes. And Charley, Kelly and I are going to continue travel in Europe, as will our fellow Slow Travel Tours leaders and the large majority of people who join our groups.

I asked some of the other Slow Travel Tours leaders to join me in offering thoughts and tips about traveling safely and securely in Europe today. Some of us live in Europe, some travel to Europe several weeks a year, and some spend several months a year there.

Bill Steiner – Adventures in Italy: Our trips are completely housed in a small corner of Umbria that feels safer than just about any place we can think of. So we see no need to make changes.

Anne Woodyard – Music and Markets Tours: Our clients are excited about their upcoming trips with us and aren’t changing their plans.

Kathy Wood – European Experiences: Our travelers are making plans for their 2016 trips, and we’re busy taking bookings for our remaining spots this year. We also just announced our 2017 schedule; several of our 2017 European Experiences trips are already full. I teach international business, and my students are excited about summer travel and study abroad programs.

Shannon Essa – GrapeHops Tours: If someone wants to visit Europe, then the recent events should not hold them back. There has been terrorism in Europe for a long time; this is nothing new. I’m in London now. Do I think about terrible things that could happen here? Well, I admit that sometimes things do cross my mind. But it’s a Sunday and there are thousands of people out and about in London today – locals, tourists (many from other parts of Europe) and they are all using the tube and going to museums and walking around. They are clearly not frightened – except when crossing the street with cars coming the opposite way! There is a lot of hesitancy at crosswalks!

Matt Daub – Arts Sojourn: I am no more concerned about terrorism than I am about being struck by lightning. Odds are probably in favor of the lightning. You can be a victim of almost any calamity anywhere. I’m not minimizing the dangers or horror of terrorism, but I will not let fear rule my life. That said, I have no plans on visiting the middle east.

Ian Slade – Libje Cruises: Europe is a huge place. Be realistic about the risks. Would you cancel a trip to Disneyland because a gunman had targeted a school in Oregon?

Alasdair Wylie – Highland Host: If you want to be ultra-cautious, stick to the tours that are off the beaten track and away from the very touristy sites. The Highlands of Scotland, where we live and lead tours, remain exceptionally safe.

Kathy: If you’re unsure about larger cities, focus your European travel on smaller towns, villages, and countryside destinations instead.

Anne: If you have a choice as to your arrival or transfer airport, choosing one in a less-involved country is a possibility. You might make different local tranport choices in large cities that are particularly affected, such as Brussels or Paris, perhaps using bus rather than the metro.

Bill: We have definitely seen a great security presence in Europe. Army personnel are visible at airports, train stations, at major monuments. This presence has been growing over the last 3 – 5 years. Because of the recent incidents, Europe is stepping up its security. There is lots of movement toward better cooperation and information sharing which will make travel safer.

Ian: We notice increased security at ports and airports which can cause some delays but as far as I am concerned, the more the better.

Matt: Personally I have always liked the fact that Italian soldiers with sub-machine guns guard the major airports in Italy.

Kathy: You’ll find you get used to the military patrols in Europe and the extra security checkpoints… they’re actually reassuring. I try never to be annoyed about the time it takes for security screenings.

Kathy: The lines were long at passport control at Charles de Gaulle airport last month. Fortunately all the passengers maintained their positive spirits and the airlines held planes until everyone arrived at their gate. But when booking flights you can avoid a lot of stress by allowing extra time between connections, especially at the busiest airports like CDG. Likewise, you can speed the process at the security check-in by minimizing your carry-on luggage.

Bill: We’re always alert and vigilant simply because it is someplace different where we have to pay more attention simply to navigate. On this level we are probably safer in Europe than at home because we are more alert!

Anne: We’re in France right now, and spent a day in Amsterdam on our way here. As the State Department suggests, we are aware and vigilant, especially while in airports and while using public transport in large cities.

Kathy: We visited Les Invalides in Paris last month, and there was a backpack left in the large courtyard, near where I was waiting for Charley and Kelly. The security team was immediately involved and directed all the visitors out of the area through a back exit. I didn’t see anything about this in the news, and assume it was a false alarm. But I appreciated how quickly and efficiently the security people responded.

Choose how to enjoy life

Kathy: Ultimately each person has to make their own decision about international travel. There may be a time when I cannot travel, but for as long as I’m able, European travel will be a major priority for me. My time in Europe energizes and enriches my life, and Charley and I want to help others have that same wonderful experience. I’m much more nervous driving down the interstate in Knoxville, Tennessee than I am on an airplane or traveling in Europe.

Ian: We are looking forward to visiting lots of places in Europe this year and next year.

Shannon: Everyone has their own comfort level. Things can happen anywhere, any time. You could be in Thailand and there is a tsunami, you could be in Chile and there could be an earthquake. There is a reason it is called “terrorism” and that is because it is terrifying. But so is an earthquake. I am deathly afraid of lightening. If someone said “hey lets go to the top of that mountain over there during a thunderstorm,” I would say “No Way.” But others would do it. It’s all about the comfort level of every individual.

Bill: For many people who travel with us this trip is a bucket list item. They are simply not going to be put off by a remote threat of terrorism.

I’ll close by sharing thoughts from one of our European Experiences travelers, posted on our Facebook page:

José from California: Next month we’re celebrating our 50th anniversary in Europe. The terrorists are not going to get what they want: the power to make us change our lives. Just as we keep going to Atlanta, Boston or New York, we’ll go to Brussels, Paris, etc. However, we will still keep aware of the bag snatchers, con artists and pickpockets!

For other ideas about traveling without fear, I recommend this article by travel writer and speaker Wendy Perrin: 7 Keys to Traveling Without Fear Despite Terrorist Attacks