If you are ‘Slow Travelling’ as against the ‘If today is Edinburgh then tomorrow must be Berlin’ type then you will have the advantage of being able to take full advantage of  surprise finds.  I am referring in particular to village fetes that are starting to spring up now that the warmer  weather has arrived. The only problem is that they are sometimes difficult to find as all the locals know the dates which tend to be the same every year and don’t tend to think about advertising too much. Sometimes all you will see is an A4 piece of paper stuck on a tree saying ‘Fete parking’ and an arrow!

Most tourist offices in France are locally funded by the Mairie and as such will generally not keep information on attractions in the next village . However some big attractions such as the Medieval Festival which happens on alternate years to coincide with the  July 14th celebrations or the annual Pardon in Josselin , will be well advertised. 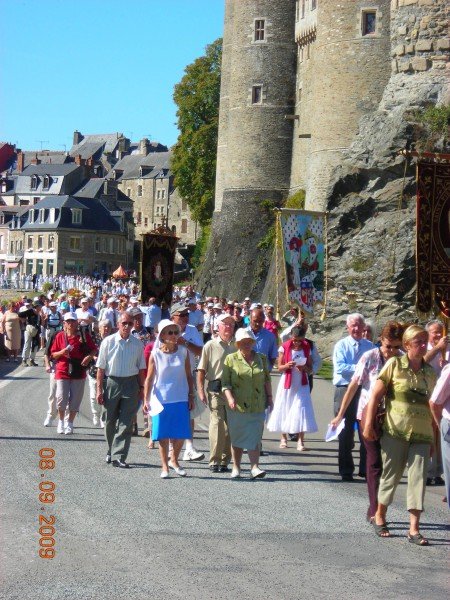 Pardon at Josselin. Over 5,000 people attend.

Some events however are only spotted as you drive along a country road. We once saw a small note pointing to ‘Fete Parking’ and found ourselves at a superb celebration of countryside culture including a demonstration by the local hunt, rides in a trap through the woods being pulled by a Breton heavy horse, Breton games, and a superb open air eatery. 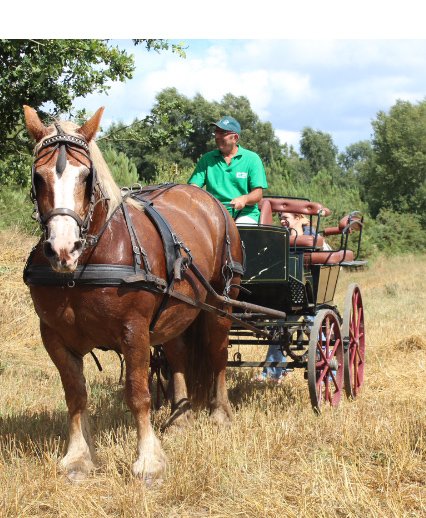 The bigger festivals like the Josselin medieval one offer great opportunities for the photographer as character shots abound. 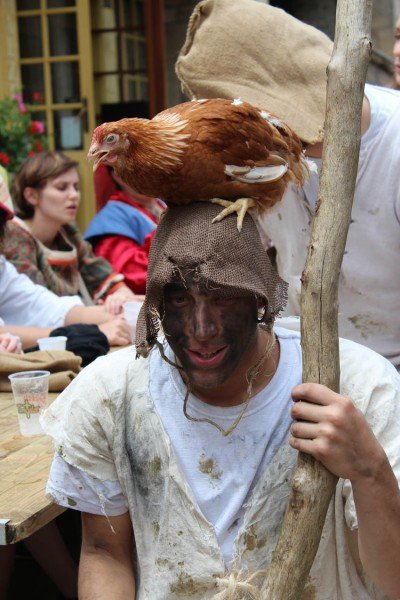 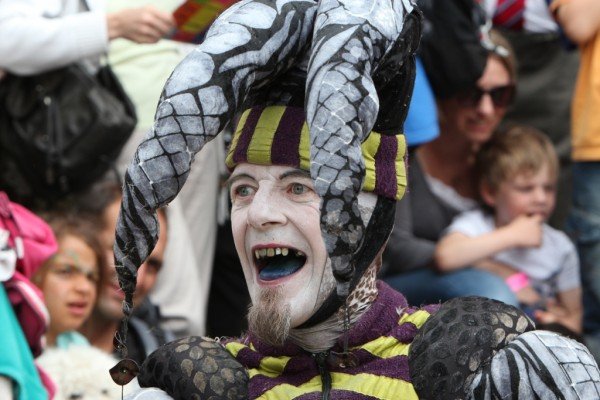 A visit to a festival of horses provided this shot of a demonstration of cider production (and it’s enjoyment!) 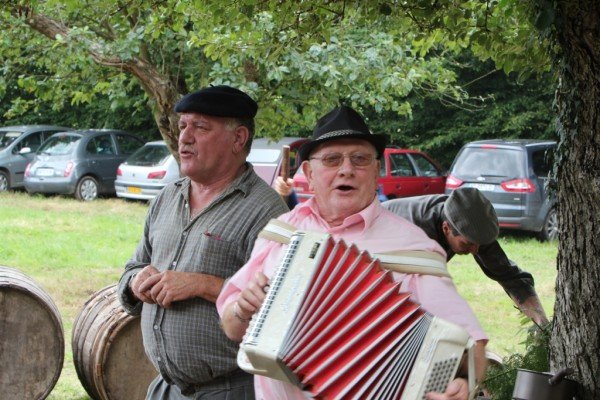 Sometimes a clue towards a day of fun can be pretty obtuse like this one seen today on the roadside. More research is needed as  they just assume you will know where to go.

Alternatively you can just turn up and just follow your nose on the day. But isn’t that the fun of slow travel? 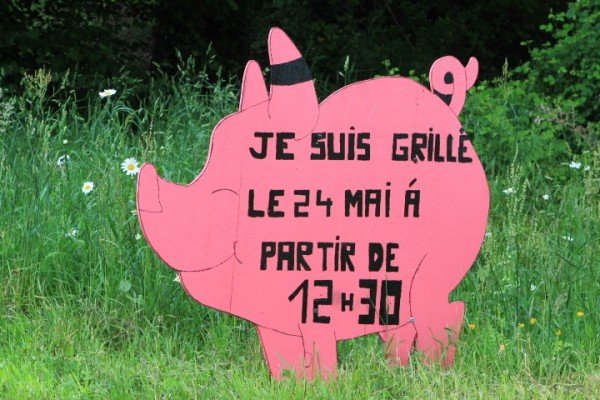 When we do our barge cruises through central Brittany we normally spend half a day cruising and half a day visiting well known attractions, but as we are not bound by rigid timetables we can easily be persuaded to take in the smaller local events that can leave lasting memories