Few people realize that this Southwestern corner of France has all of the beauty and none of the crowds. Here are six reasons to visit beautiful Gascony when you can indulge your wanderlust  again, s  l  o  w  l  y. 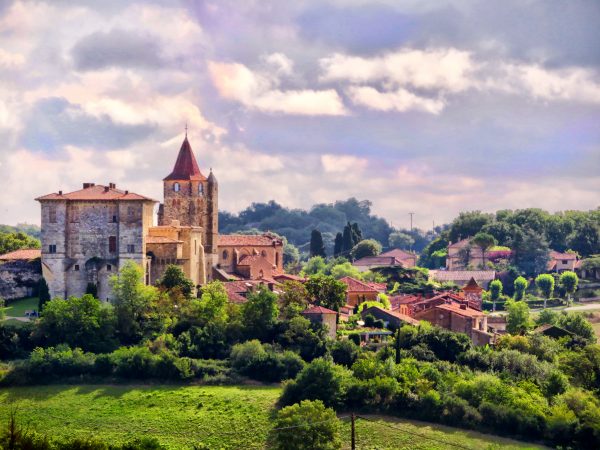 Southwestern, France is a hidden gem of a region known historically as Gascony. Most guide books and travel agents ignore this corner of the hexagon, preferring instead to designate the south of France as either the Dordogne, or the Provence-Alpes-Côte d’Azur. But to those in the know, this unspoiled paradise is a well-kept secret. Gascony is far enough off the beaten path to retain its unique identity, yet established enough to accommodate travelers. Bordered on the west by the Atlantic Ocean, the east by Toulouse, the north by the Garonne River, and the south by the Pyrenees Mountains, Gascony offers an intimate portrait of French rural life without the distraction of crowds. The only pause in the region’s tranquility are the many summer festivals and convivial farmers’ markets. Gascons themselves exude an uncomplicated, down-to-earth enthusiasm that is contagious. Nowhere in the south will a traveler find a warmer welcome.

Originally called Vasconia, Gascony was a part of Roman Gallia Aquitania. Its capital was Bordeaux. Today it’s divided between the regions of Nouvelle-Aquitaine, the French side of the Pays Basque, and the region of Occitanie. A powerful duchy in the Middle Ages, Gascony came under English rule in 1154 through the marriage of Eleanor of Aquitaine to Henry Plantagenet (Henry II) King of England, and remained English until the end of the Hundred Years’ War in 1453, when it formally became part of France. 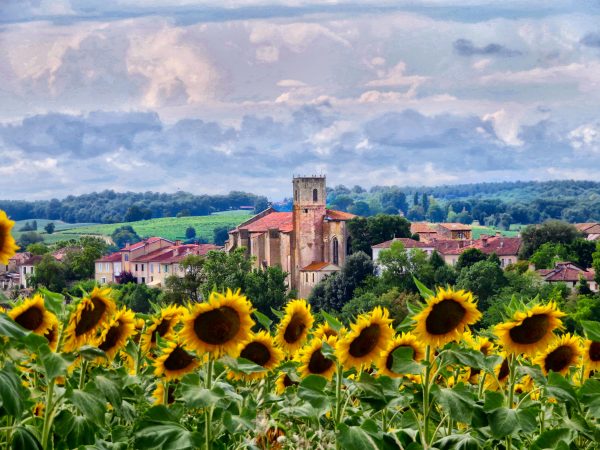 Gascony was England’s first colony, its influence reflected in the historically-rich fortified villages, ancient cathedrals, and grand châteaux. Between 1256 and 1325, over 300 fortified villages were built in southwest France. Each village has retained its own architectural identity, from the round, fortified village of Fourcès, to the arcaded village of Lupiac, birthplace of Charles de Batz de Castelmore, the 17th century Musketeer D’Artagnan. It was on his life and career that Alexander Dumas based The Three Musketeers.

Gascony is a culinary heartland comprising a cornucopia of free-range poultry, goose and duck foie gras, confit, paté, garlic, earthy mushrooms, tender asparagus, ripe tomatoes, sweet plums, and succulent melons: it is authentically farm to table. Gascons believe good food, carefully prepared, is not a luxury, but a daily priority. In a land where food is profoundly revered, it’s easy to find a delicious meal every day. 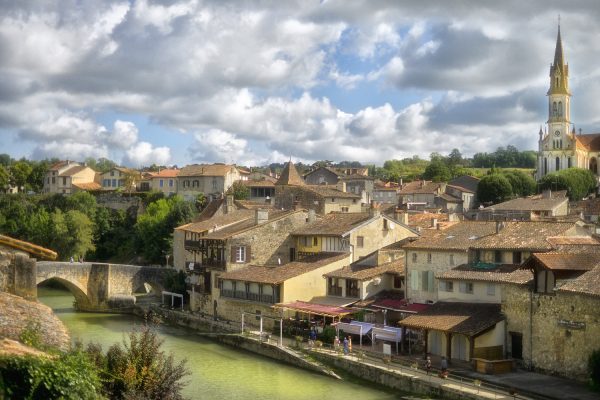 Gascony has been home to viticulture for almost 2,000 years. No longer lost in the shadow of Bordeaux, it is fast becoming a hot spot, producing some of the finest white, red, and rosé craft wines in France. Small, independent domaines such as Pellehaut, Chirolet, and Uby, as well as the larger Côtes de Gascogne, Tariquet, St. Mont, Madiran, and the very distinctive Pacherenc-du-Vic-Bilh, are now producing award winning appellations.

Since the 14th century, France’s oldest brandy, Armagnac, has been produced in Gascony. Its grapes are grown in three distinct areas — Haut-Armagnac, Ténarèze and Bas-Armagnac. Each domaine has its own unique recipe in contrast to its industrialized, twice distilled cousin, Cognac. Armagnac is distilled once, with no additives permitted at any stage from grape to bottle, making it the most natural, lusty yet elegant brandy in France. The spectrum of producers range from the Domaine de Laberdolive boasted by Michelin-starred restaurants, to Domaine de Saoubis, one of the only Armagnac producers that is completely organic and biodynamic. 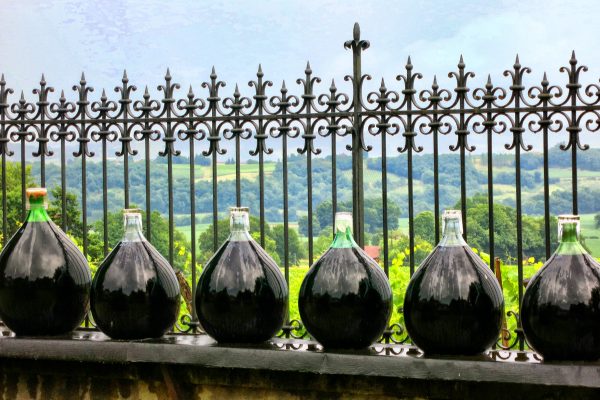 The Gers department, considered the heart of Gascony, is characterized by its tranquil landscape and agreeable microclimate. The hills are topped with medieval villages, the valleys criss-crossed by rivers and streams, dotted with cream-colored cows, equestrian farms, and tufted white sheep. Wooded copses, folded into the landscape, often conceal a multitude of birds and wildlife. Rows of golden-yellow sunflowers and vineyards stretch to the horizon. With few towns or villages to interrupt a leisurely ride, the countryside is delightful to drive or walk through. Santiago de Compostela pilgrimage routes fan across the countryside like the veins on a maple leaf.

It almost seems that time has passed by the other side of France. It’s time to discover a real gem. For a slow travel tour through this hidden gem please visit my French Country Adventures’ website: https://www.frenchcountryadventures.com/fortifiedgascony/