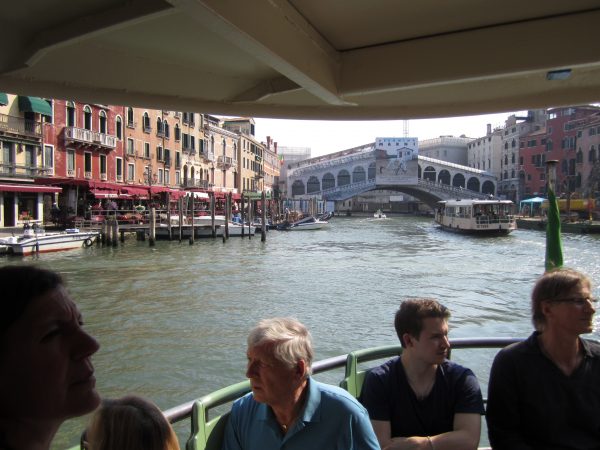 Notice anything wrong with this picture? Well, you’re not supposed to…. 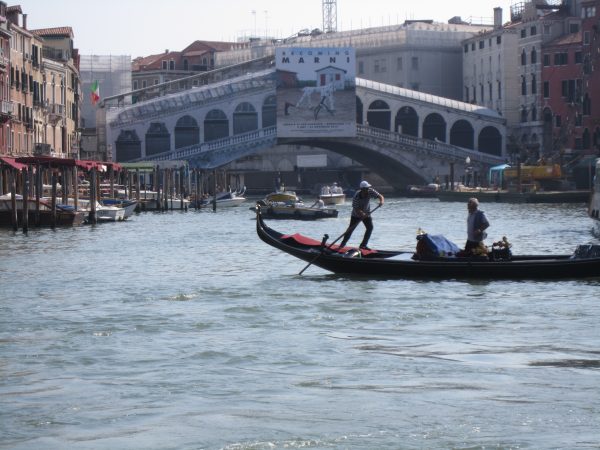 Obviously, we’re looking at the Rialto Bridge – one of Venice’s most famous landmarks. The oversize billboard was up to promote one of the venues of the 2015 Art Biennale, but that’s not what’s curious about this picture.

The richness of its antiquities and artistic treasures is both Italy’s blessing and curse. It’s part of the intense beauty that draws more than 48 million visitors to the country each year. But all of  these ancient structures need maintenance. They must be preserved or they will not survive for future generations. This enormous burden falls upon a relatively small country, which derives more than ten percent of its GDP from tourism. So what’s a country to do?

Tourists don’t flock to Venice to see scaffolding. Now let’s take an even closer look at our photo…. 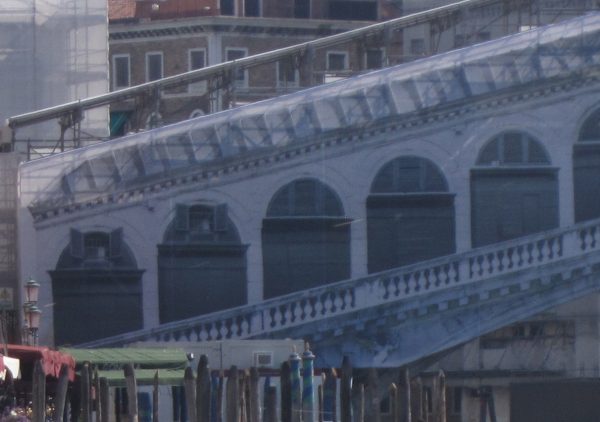 Do you see it now? The entire left side of the Rialto bridge (as you’re looking up the Grand Canal in the direction of the train station) is covered in scaffolding. Some ingenious  companies have found a way to lessen the aesthetic impact of the constant construction that must be done. The scaffolding is draped with a scrim that is imprinted with a convincing  rendering of the structure beneath. Notice the variety in the arched windows – some opened and others closed? Convincing isn’t it?

Compare it to the uncovered right side of the bridge… 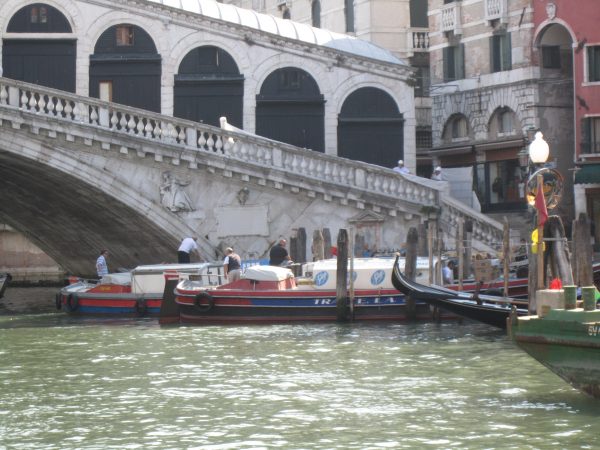 Now let’s look back again. You’ll notice that he building just behind the Rialto is similarly covered with scaffolding and scrim. 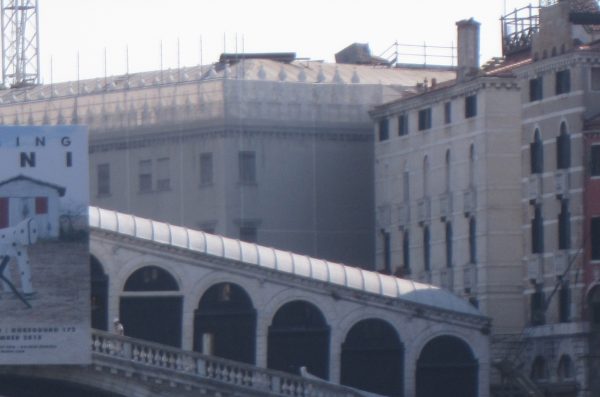 Even the false window shades are drawn differently – Such attention to aesthetics and detail!