Thomas Jefferson, the third President of the United States of America, was, before his Presidency,  Ambassador to France.  It was while he held this position, in 1784, that he took a journey on a barge working on the Canal du Midi.  After his journey, he wrote this:- “You should not think of returning to America without taking the tour I have taken.”

It is interesting to speculate on what were the main elements of Jefferson’s experience that so much impressed him.  Undoubtedly, he experienced a slow relaxed pace since the barges of the day were horse-drawn.  He would also have experienced glorious scenery, and the time to enjoy it gradually unfolding before his eyes.  His route would have taken him past interesting places to visit.  He would have experienced traditional food and fine wine, produced in the countryside in which he travelled.  And finally he would have met a wide range of local characters.

We own and operate a hotel barge on the Canal de Garonne, in south west France.  On the Saint Louis, our guests enjoy all the key elements that Jefferson found so captivating  –  a slow, relaxed pace, glorious scenery, interesting visits, great food, wonderful wine, and interesting characters!  The only real change is that the pair of draft horses has been changed to the gentle rumble of a diesel engine providing motive power.  In all senses, a trip on a barge epitomises Slow Travel. 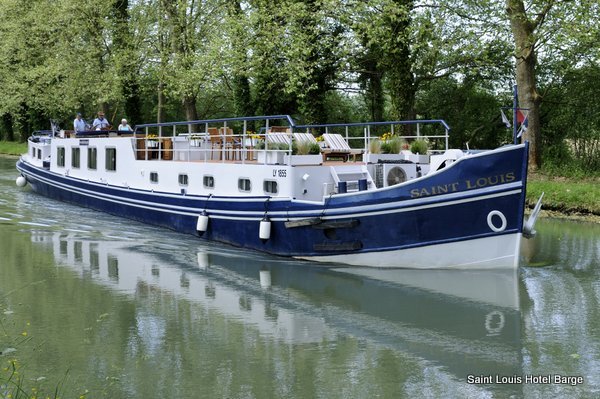 Bear in mind that barges originally were cargo carriers.  There were some sailing barges working the North Sea waters of England and Holland, but the majority of barges were made expressly for use on the canals.  They were made of iron or steel, and they were designed to travel easily on the water, causing no wake and no counter current, and thus causing no damage to the environment in which they worked.  Virtually all hotel barges operating today have been converted from working barges – the Saint Louis for example was made in 1923, and was converted into a luxury hotel barge eighteen years ago.  Many barges have also been converted into comfortable cruising homes, and there is a sizeable community of people who live on their barges and gently cruise the canal system of Europe.  Finally, a new category of barge has arisen, and that is the replica barge – boats built in the last twenty years to be used on the inland waterways,  that largely follow the lines of the original barges.  This brings out one of the most important distinguishing features of barges – they have distinctive lines that are pleasing to the eye because they were designed by seamen and mariners over generations to do an efficient job of work. 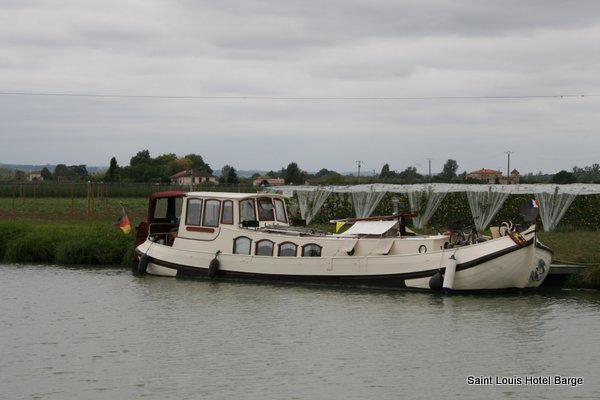 A small barge converted into a cruising home

The advent of the development of hotel barges during the last twenty-five years or so has been an interesting phenomenon, and a significant success story.  It is interesting therefore that the many operators of modern hire boats should market their craft by very often referring to them as “barges”.  This marketing seems to be an attempt to transfer the many charming features that Jefferson experienced , to the modern hire boats.  They may be comfortable, they may be efficient, they may be designed to cruise on the canals, but “barges” they are not!  Now, don’t get me wrong.  I am not “anti” small modern canal cruisers, indeed we have a significant number of clients who have before taken a canal boat holiday and who then come to us to experience all the things that a barge has to offer.  My concern is to do with miss-marketing, and with the implication that a canal boat can provide the same experience as a barge.  It cannot! 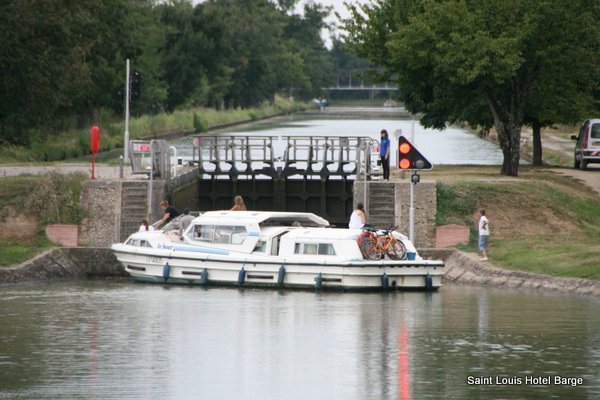 A hire boat having difficulty entering a lock

Whereas barge holidays fit very well into the concept of Slow Travel, the same cannot always be said for the hire boats.  I have been handling boats – both at sea and on inland waterways – for over sixty years.  I was brought up on Wind in the Willows and on Arthur Ransome, and I am entirely convinced of the joy and the fun of “messing about in boats”.  It is not the fault of the hire boats that many of the people who hire them seem to miss the point entirely.  We see many hire boat drivers who seem to think that they are on a race track, ignoring speed limits (often even trebling or quadrupling speed limits) and causing risk to other users and great environmental damage to the canal.  This is the opposite of Slow Travel.  These people show no appreciation or respect for the environment in which they are playing, they are often very stressed because they have not learned how to enter the locks without crunching the boat on the sides, they have no experience of the local people who live along the canal route and they seldom stop to explore on foot or to buy produce from local communities.  They are travelling by boat, they are not travelling by barge! 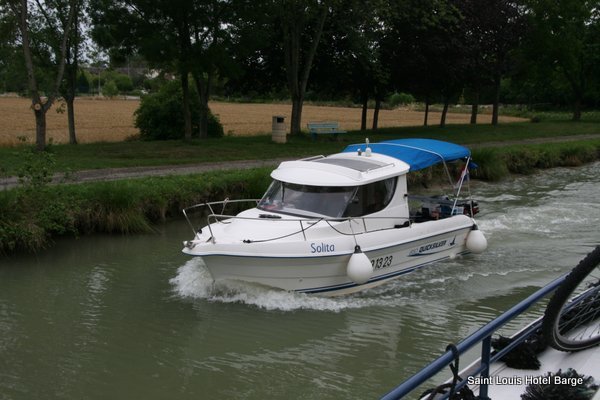