Civita d’ Bagnoregio is one of the places I fell madly in love with sixteen years ago, when I rented a casita in the valley that bears that name.  This abandoned village on a hill that sits on crumbling rock and dirt charmed me from the start.  In the past year I noticed this very shot of the village in several well known magazines, being used to promote ads for Italian clothing and such.  I was hoping to keep the secret for awhile longer but I think the world has discovered this wonderful place. 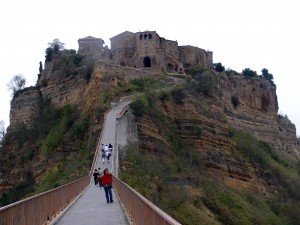 Just a little walk to the top! 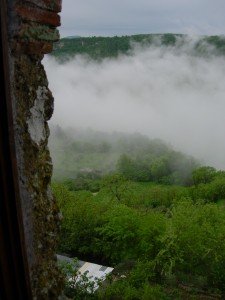 View of Bagnorgio valley from my bedroom window

It’s history begins formally in the Etruscan era with much the same story as in other hill towns around the region of Lazio.  Of course there are signs that cultures from the Iron Age were around even before this but for some reason the Etruscan culture has a fascination all its own.  Conquered by the Romans after long sieges in the nearby town of Orvieto, the Etruscan people who managed to survive gradually disappeared or were integrated into other cultures in the area.  But they left behind some remarkable artifacts in the way of design; some of it engineering design, some of it artistic.  Farmers are still finding shards and pots in their fields, with art that depicts daily life for the Etruscans.  You can see beautifully crafted gold jewelry and bits of game pieces in  most of the area’s museums. There is a newly opened archeology site (see the diagram of the site below) in nearby Lake Bolsena with well-preserved baths and domociles of the Etruscans that lived there over 3000 years ago. 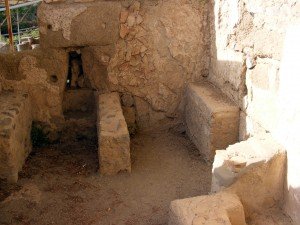 A look into an Etruscan home 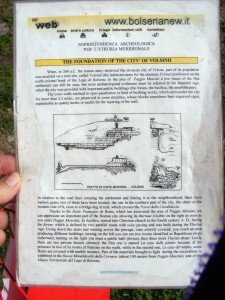 Of course, Orvieto, a more popular hill town on the route between Rome and Florence, is well known for its Etruscan cultural history.  There is a wonderful guided tour the city provides guests, called the “underground cave” tour, that gives great insight into the lives the Etruscans led.  They were brilliant engineers with few tools but thoughtful strategies for survival.   Italian Excursion always includes this event on a visit to Orvieto for our own tour guests, adding another dimension to the history in this region.  I still enjoy a visit here, even after seeing it many times, because there is always something new to learn about this complex civilization.

Etruscans have left quite a bit of themselves behind in all aspects of Italian life.  Looking at tomb frescos, some of which are housed in regional museums, one can see the features of modern Italian men and women in the faces on the tomb walls.  I’ve seen frescos depicting tables laden with festival food that resemble food I’ve enjoyed on my many visits to Italy.  And let’s not forget that wine was a popular beverage among this ancient culture. 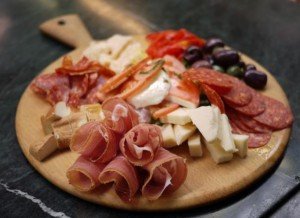 There are many other extinct cultures all over Italy but the mystery of the origin of the Etruscan people is still being debated, which make them all the more interesting.    Did they come from Asia or somewhere in the northern parts?  It’s one of the questions that keeps me coming back to Italy!