In Part 1 and Part 2, we looked at the history of wine in this unique part of France, with some wine areas dating back to Roman times.  We also looked at some of the wonderful red wines for which this area is so well known, and which were known as “claret” when they were exported to the appreciative buyers in Scotland, England, Holland, etc.

This part of France is not known for its white wines.  That is not to say that quality white wine is not produced in this area – just that in general the production of white wine is a relatively new addition to the area.  The region of Cahors, so well known for its production of deep red wines from the Malbec grape, also produces some stunning whites, for example the Cuvée Cedre Blanc from Chateau du Cedre, which is 100% Viognier.  Many of the white wines that we carry on our luxury hotel barge, the Saint Louis, are in fact produced from just one variety of grape, such as the Chardonnay from Chateau Saint Louis in Fronton, and the Presteige Blanc Sec from Montels and the Tarani from Fronton, both of which are 100% Sauvignon.  However, the practice of producing wine from a blend of grape varieties is still commonplace in South West France, for example as is the case with the Jurancon Sec from Domaine Nigri (Gros Mansang, Camaralet and Lauzet) and the popular UBI (Colombard and Ugni Blanc).

I feel that one of the biggest recent revolutions in wine making in France is to be found with some of the excellent rosé wines that are now produced in South West France.   Around the world,  people tend to think of rosés as being not entirely mainstream, and the majority of guests we have on the barge admit that it is twenty or thirty years since they tasted a rosé.  We carry a number of rosés on the boat, and they are witnesses to the fact that many of the wine producers in this area are dynamic and extremely quality-focussed.  Increasingly, panels of expert judges agree with this view.  For example, we carry Inés from Fronton, which twice won gold at the International Congrés at Cannes, and Naudin from San Sardos which won gold at Paris in 2012.  My own favourite however is Foret Royale from Chateau Bellevue la Foret in Fronton, which won Gold at the SW Concours in Toulouse in 2010. 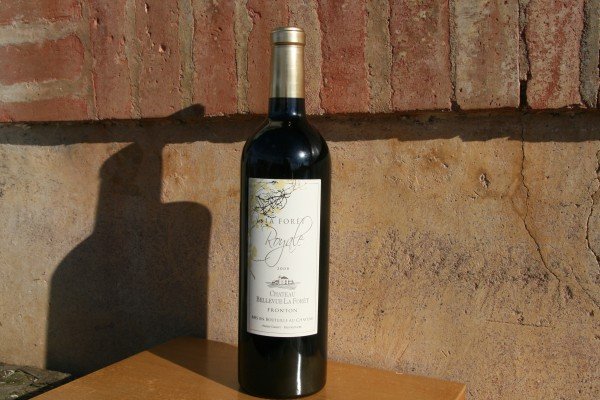 There are two alcoholic drinks produced in South West France which are not wines, but they are produced by the onward processing of wine.  The first is Armagnac.  This is a sort of brandy, but is a very different product from its highly commercial cousin called Cognac.  Armagnac is artisan produced by over 180 small-scale producers in the area around Nérac.  In spite of the producers teaming up into various marketing bodies, they are unable to exercise strong impact on the overseas trade – they are just too diverse and too small-scale.  For this reason only a small proportion of Armagnac is exported.

Whereas Armagnac is little-known around the world, Floc de Gascogne is almost unheard of.  Floc is also produced from the grape, indeed it is produced from Armagnac and unfermented grape juice.  Virtually all producers of Armagnac also produce Floc de Gascogne;  virtually none of it is exported, and in fact most of it is consumed within the area in which it is produced.  I see Floc as being one of the pearls of this region, one of the discoveries to be made by coming into the area and travelling slowly, rooting out the local customs and products. 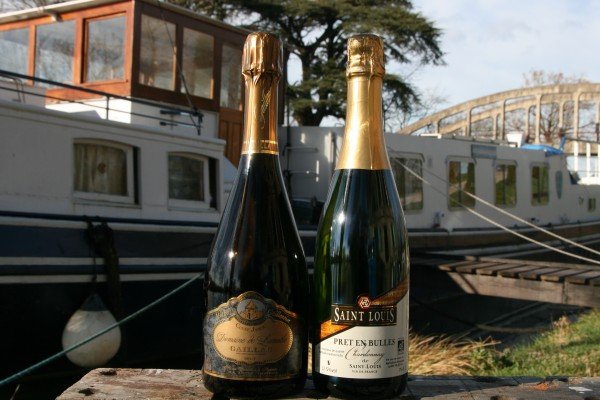 Bubbly – from the home of bubbly – South West France

We could not leave the subject of wine production in South West France without some discussion on sparkling wine, known as Champagne throughout the world.  The region of Champagne has taken steps to ensure that only sparkling wine from producers based within its borders can be called “Champagne”.  The story of the origin of sparkling wine is a story that is full of mystique and intrigue.  One claim is that a Benedictine monk living in the Champagne region of France, Dom Pierre Périgon, was responsible for the discovery and development of sparkling wine around the year 1682.  That may not be entirely accurate.  For a long time Gaillac had a tradition of producing sparkling wine, and it is believed that the methods of production were observed by a group of monks who were on a pilgrimage through Gaillac, and who took their secrets back to their monastery – in Champagne!    It would seem that were it not for some historical steps that occurred entirely by chance, weddings around the world would today be celebrated by opening a bottle of Gaillac from South West France, rather than a bottle of Champagne!  In any case, the Dom Pierre Périgon story is discredited by a paper published twenty years earlier in 1662 by Englishman Christopher Merret, from Winchcombe in Gloucestershire.  In this paper Merret describes and explains the phenomenon of sparkling wine production, which was being carried out in England by the bottling and secondary fermentation of white wine imported from France in casks.  It is significant that in the early days of the industry the producers were reliant on bottles manufactured in England since the French bottle industry could not make bottles that were strong enough to reliably withstand the pressures involved.  The logical result of the “industrial espionage” not actually happening back in the seventeenth century, would have been that the wine of South West France would have developed a global cachet and a fame,  instead of how it is today in which it is a part of France where wine producers are not really known about by wine buffs overseas.  Personally, I prefer it as it is – it is so exciting introducing to our guests on the boat some of the hidden secrets of this area!