In Part 1, we saw how South West France wine area is divided into a number of sub-regions, each with their distinctive characteristics.  We also saw how wine production in the area dates back to Roman times and that traditionally the area produced red wines, often called “claret”, that were exported through the port of Bordeaux.  And we saw how important the river system was to the commercialisation of wines, and how the producers struggled when their only access to the markets of Europe ceased to be available to them.

Our interest in the subject comes from the fact that we operate a luxury hotel barge in south west France, called the Saint Louis.  We carry nearly forty different wines, most of them award winning, all of them from the area in which we cruise. 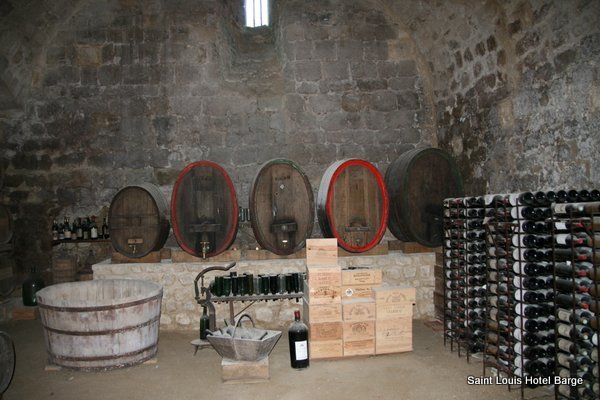 Ancient “cave” (wine cellar) in the historic Chateau of Cazeneuve

Starting with red wines, one of our favourites from Gaillac is Cuvée du Roc, from Domaine Lamothe.  This wine is made from three grape varieties (Cabernet Sauvignon, Merlot and Braucol) and it won silver medal in Gaillac in 2011 (gold in 2008)  Many of our guests who travel to us by car pay a visit to this winery on their way home, to stock up with what had become one of their favourites on board with us.  Indeed, it is no coincidence that one of our daughters served this wine at her wedding a few years ago!

One of our nearest producers is just outside Montauban.  A delightful Belgian couple bought Le Mas des Anges just nine years ago, and they have obtained gold and silver medals at the national Chambre Artisanale ever since.  Merlot, Cabernet Sauvignon and Tannat.

Due east from where we live and keep the boat is the wine sub-region of Fronton, and one of the leaders of the Fronton appellation is the owner of Chateau Saint Louis – the fact that the Chateau carries the same name as our barge is pure chance!  We carry his wine called L’Esprit, which is produced from Negrette and Cabernet Franc, and which won gold in the Independent Wine Producers concours in 2009.  Other superb producers in Fronton include Chateau Bellevue la Foret, producing the wine Optimum which won gold in Toulouse in 2011, and Chateau de Plaisance with their award-winning Tot Co Que Cal, made from Negrette and Syrah.  Like many producers, this Chateau produces organic wine, and they also maintain the highest quality by reducing their yield to 20 hl/ha. 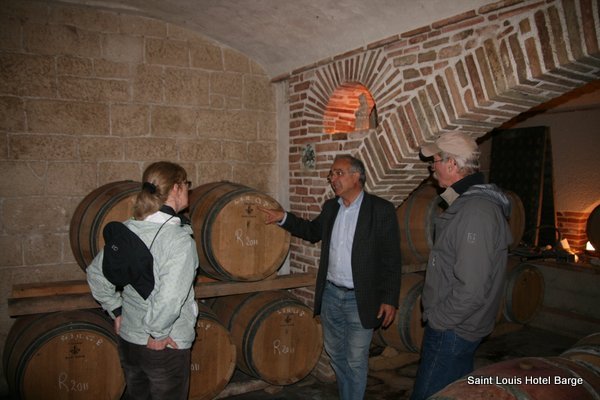 At this point I am going to interject a couple of notes.  The first is that it will already be clear that wines carry a wide range of wonderful names.  For example Saint Louis – named after King Louis 9th, and Le Mas des Anges,  which means “the estate house of the angels”.  For French scholars, Tot Co Que Cal could be confusing or even meaningless, until you know that it means “everything that you could wish for” in the language of Occitane, which was the language of this region before the French language arrived.  Some of our neighbours still speak Occitane – but not to us!

The second note involves the grape varieties.  On a recent visit to the United States we were struck by the fact that wine is sold by grape variety, and that blending is seldom carried out.  In South West France, the opposite is the case.  It is almost invariably the case that two or more grapes are used, and this is normally insisted upon by the AOC controlling bodies.  Wine is not sold by grape, it is sold by name / producer name / sub-region, and very often the grape varieties are not even mentioned on the bottle.

To continue our journey of discovery, we come to the sub-region of Saint Sardos.  One of our favourites here is Cadis, produced from Syrah, Tannat and Cabernet Franc.  This wine has a history of winning medals in the national concours at Paris, including a silver medal in 2007. 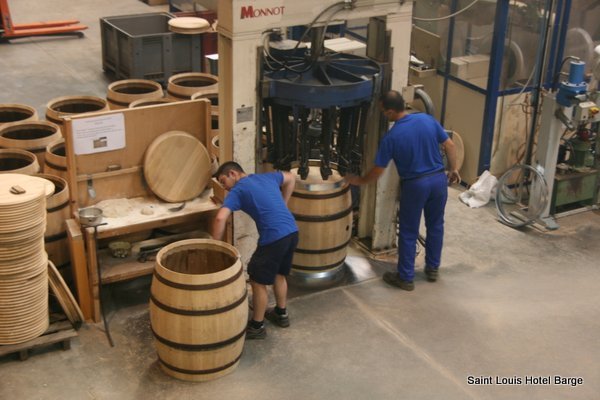 Travelling down the valley towards Bordeaux, you come to the town and the sub-region of Buzet.  Buzet used to be part of the wine area of Bordeaux, until it declared its independence some 29 years ago.  The main producer in Buzet is the “cave  cooperative”, which handles grapes from some 1,300 hectares and about 120 producers.  Chateau Padere and Lys are two of our favourites from this cave.

No discussion of the red wines of South West France would be complete without mention of Cahors.  The city of Cahors sits astride the River Lot, and it is the Lot Valley that is the home of the Malbec grape.  This is the one exception to the “blend of two or more grapes” rule, in that 100% Malbec is to be found quite frequently.  Our favourite from Cahors is La Commandery, made from 97% Malbec and 3% Tannat.  This wine won gold medal in the 2011 World Concours of Brussels.

So much for the red wines.  In the next post, I will look at some white wines and some of the very up-and-coming rosés.  I will also provide you with some surprises in relation to sparkling wine or “Champagne”.

I would be quite confident in guessing that few if any of the wines I have mentioned are available from your local supplier (unless of course you happen to live in south west France!)  For me, this is one of the glorious things about living and operating in this area.  If you take the time and trouble to slowly explore this “hidden corner of France”, you will come across wines that are of world standard, but which are little known outside the region.  The same applies to many other aspects of this region.  It is a tourist backwater and the better for it, waiting to be discovered by the discerning voyager. 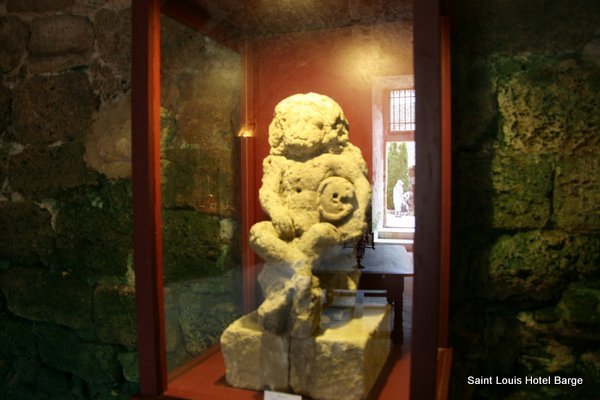 12thC statuette of Bacchus, who was the Greek god of the grape harvest, winemaking and wine, of ritual madness and of ecstasy!