Winter and spring along the canals of France

After an Autumn dry dock visit in Paris winter was spent in nearby Moret-sur-Loing, a living impressionist painting, therefore I was not surprised to find whilst jogging one morning the Randle being morphed into one by local artist Miguel de Bernéde, painting plein-air on a cold winter’s day. 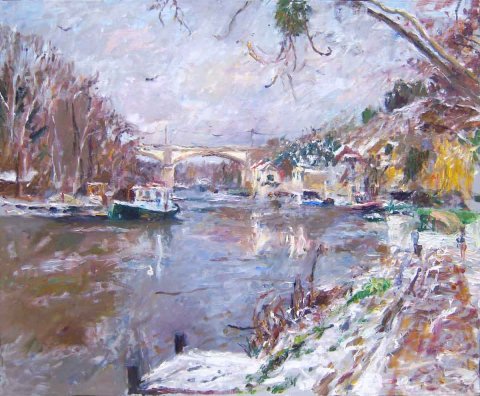 We had a real French winter this year, deep blue skies and deep crisp snow 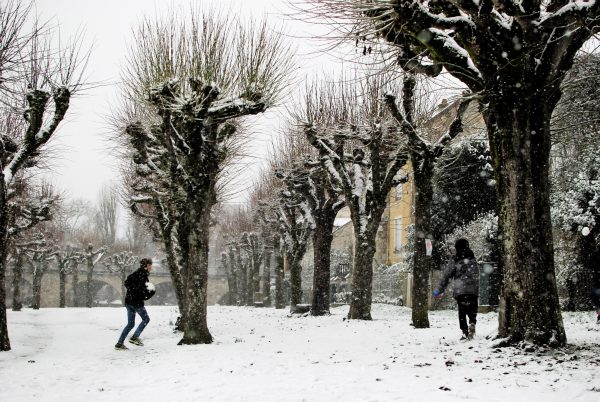 Children play in the Winter’s snow at Moret-sur-Loing

,
As April came with leaves budding and ropes tugging, it was time to weigh anchor and explore the Loire valley via a scenic cruise back to the Canal du Nivernais.
First leg along the canal de Loing was to Montargis, named after the river it follows and financed by the Duke of Orléans it was completed in 1724, the canal has been fully automated to promote the use by commercial traffic, one trente-huit, named after the boat’s length of 38m and the maximum size of barges on the French canals, carries 250 tonnes of cargo.

After Montargis we entered the Briar canal, reputed to be the oldest in France, first envisaged by King Henri IV in 1604, finally completed in 1639, but completely rebuilt and modernised in 1881. The old parts of the canal remain as reminders of the first engineer’s prowess at conquering the landscape, such is the seven locks at Rogny les Sept Ecluses. 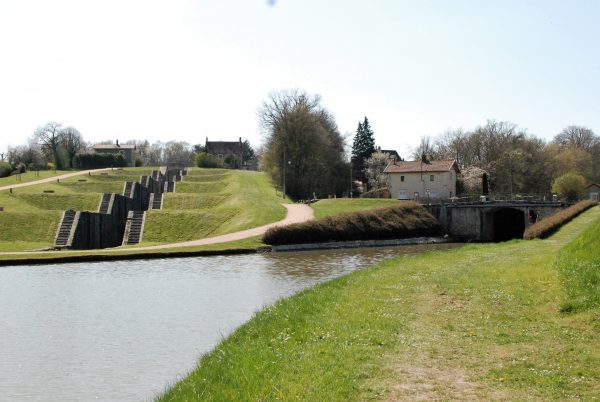 The canal climbs to a summit of 165 metres above sea level before descending back to the Loire. On the summit section weathered patinated silos are reminders of where barges once collected grain for transport to Paris, but sadly no longer in use.

Originally barges crossed the Loire using a system of winches to pull against the strong currents, this proved to be a dangerous and unreliable and therefore in 1879 it was decided to build a canal bridge over the river, le pont canal du Briare opened in 1896 and a very beautiful feat of engineering it is too, built by the same company that built the Eiffel tower, Gustaf Eiffel and co. 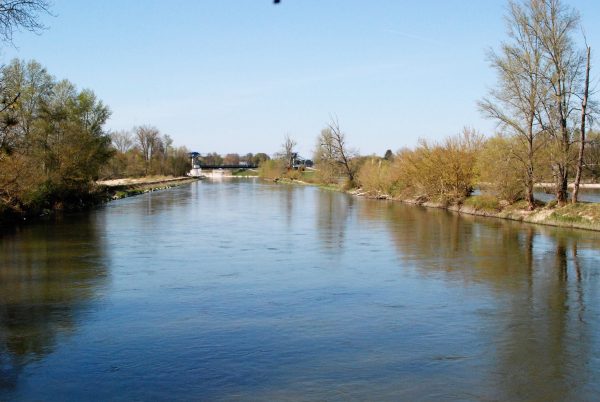 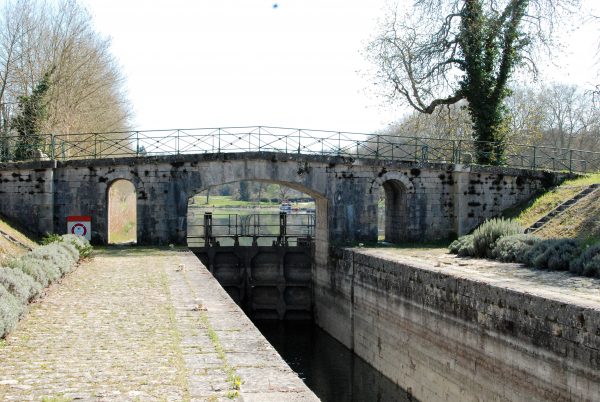 The Old Canal Lock Into The Loire 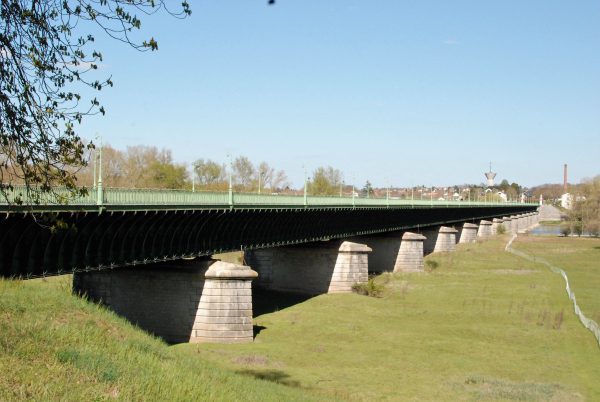 The New Canal Bridge at Briare 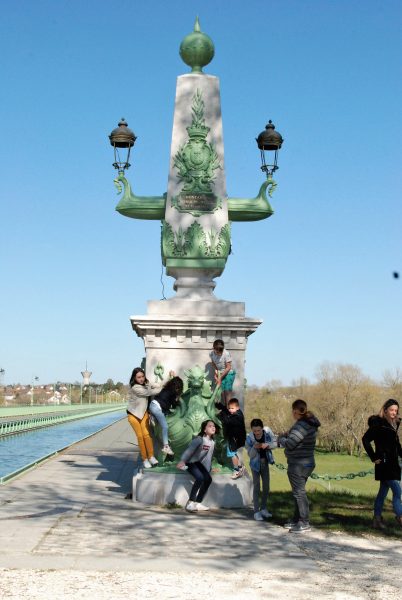 The Entrance To The Canal bridge over the Loire

After the crossing the Loire the canal follows the river south and becomes the Canal Lateral de la Loire, in its hay-day the heavy transport arterial route through France, the rusting silos and abandoned factories that dot along the canal side are testament to this now faded industry, interestingly in the wine region of Sancerre the canal still exists but railway has been laid and lifted, 1893-1987, but hopefully the canal will remain for many years yet to come. 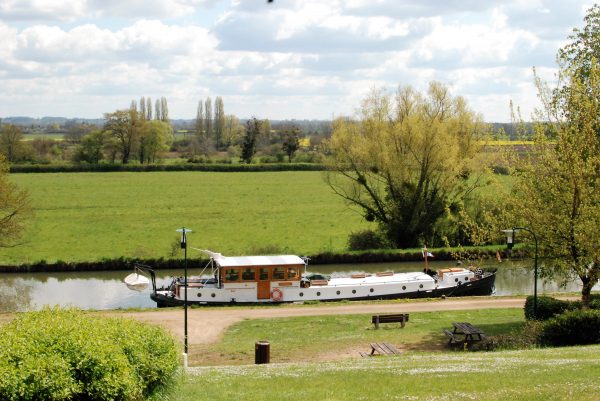 The Randle Moored On The Canal Lateral a la Loire 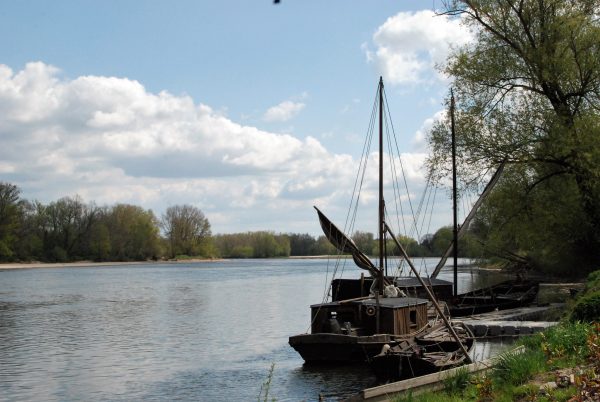 Sailing Barges Moored On The Loire

Building canals was never an easy business and employed up to as many as 12,000 construction workers at any one time, but such was the importance to trade and commerce, and such was the vision of the constructors that this was considered a well worthwhile investment, after all, they enabled a man with two horses to transport 250 tonnes, nowadays a man with 250 horses struggles to transport 25 tonnes, such is progress. The canals now remain an integral part of to the French landscape, and a haven for nature, flora and fauna.
Pont canal de Guétin is another example of how no obstacle was too big to overcome, opened 1838 its eighteen arches cross the river Allier, a span of 343m, it still performs as perfectly today as it did when it was first built. 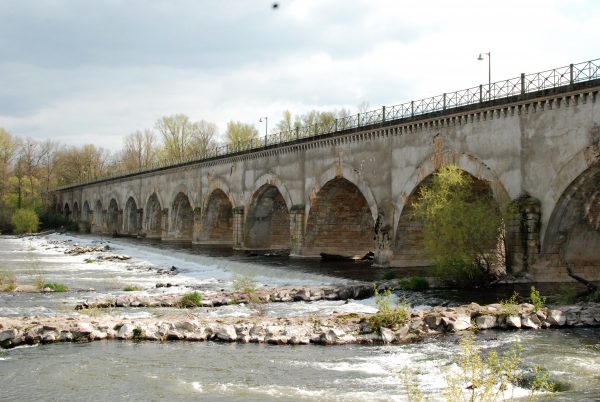 The Canal Bridge Over The Allier At Guétin

After a couple of nights in Nevers we cross the Loire at Decize, the only part of the trip we actually get to sail on the river, and on to the beautiful Canal du Nivernais at st leger les vignes. 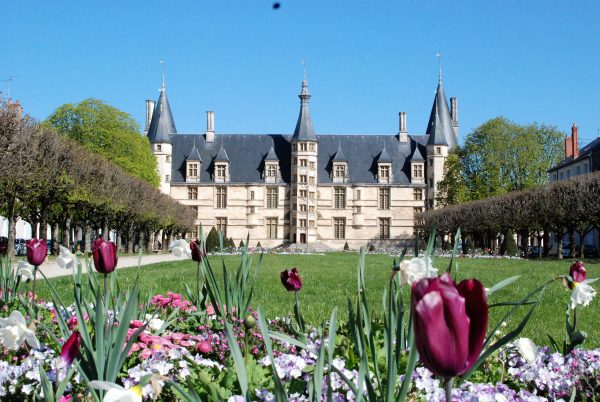 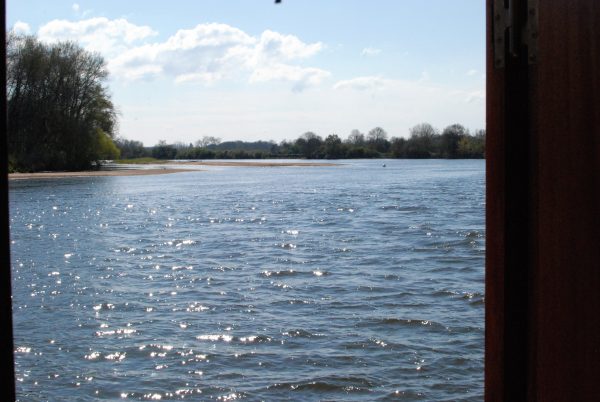 Crossing the Loire at Decize

Built to a smaller scale the Nivernais feels like stepping back to a bygone age with its manually operated locks, lockkeepers at everyone, low arched bridges, and rolling landscapes speckled with white Charolais cattle.

We make are way over the summit at 262m above sea level, pass through three tunnels to emerge in the valley of the river Yonne and on to Chevroches where once fine burgundy stone was loaded bound for London. 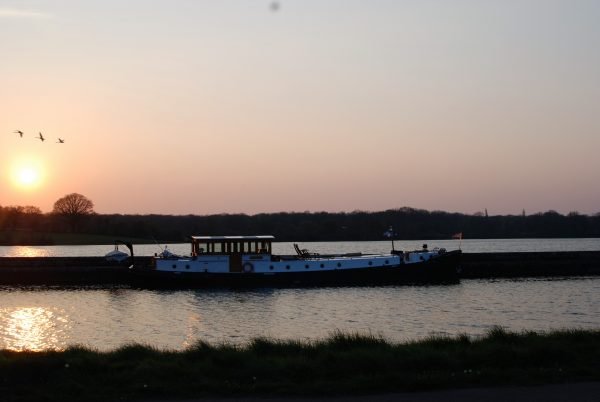 Evening On The Summit Of The Canal du Nivernais 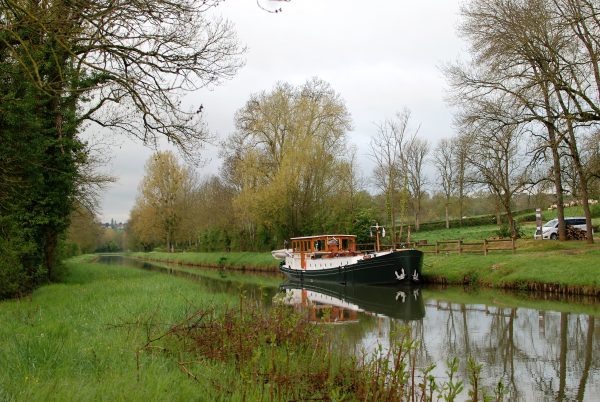 April 2021 on the Canal du Nivernais 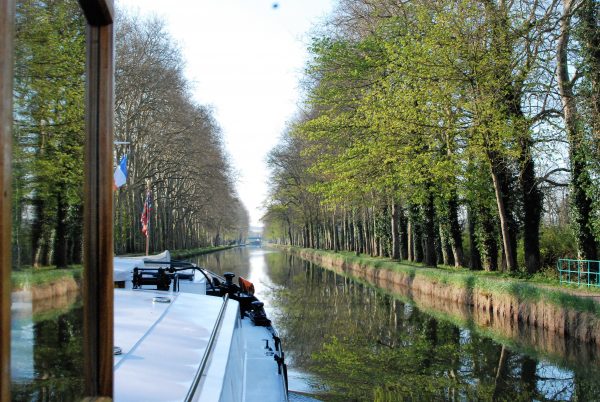 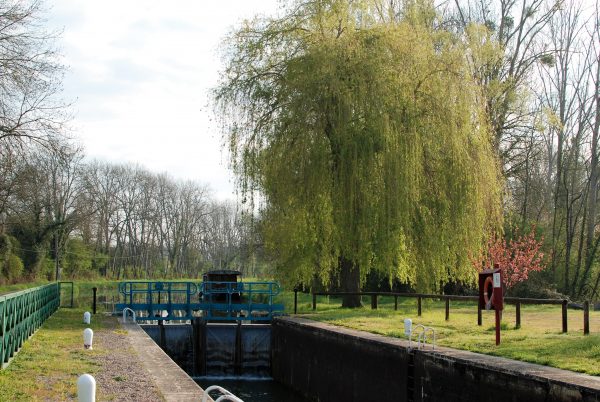