Tuscany is usually all about vines and olive trees, winding roads and pencil cypresses, everything bathed in bright sunshine. A lesser known fact is that Tuscany has a proper winter with rain, snow and cold. Even less known are the joys of winter: Befana, Carnival, walking and skiing, wood-burning stoves and winter soups. Celebrations, landscapes and food unimaginable in the overheated summer. For the seeker after the real Tuscany, there are fewer tourists and more Tuscans. A happy by-product is lower prices. 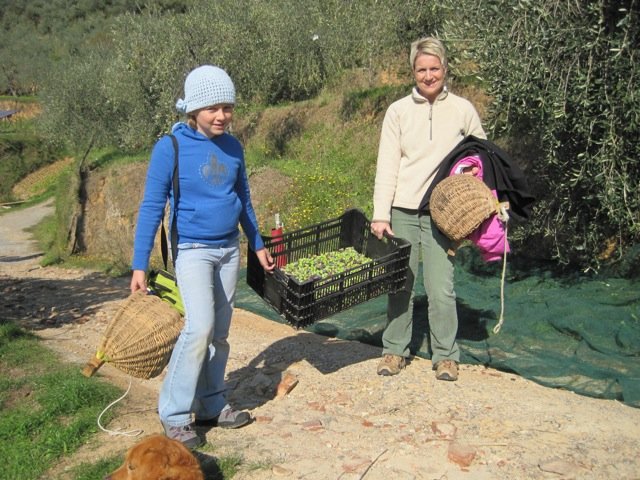 Look what we picked

November is the rainiest month in Tuscany, but it’s also the month of the olive harvest and chestnut roasts. You can pick olives on Claudio’s organic farm, take them to the olive press and come away with a bottle of your own oil. Until 60 years ago, chestnut flour was the ‘bread’ of mountain inhabitants, and some older people continue the art of drying chestnuts. We walk to the chestnut-drying hut in chestnut woods with spectacular views that are obscured in summer by dense foliage. We visit the centuries-old water mill where the chestnuts are ground. Chestnut festivals are the perfect opportunity for a visitor to participate in rural culture. The best is in a hilltop village where a variety of chestnut dishes are served in courtyards and front rooms throughout the village. Men in lumberjack shirts sit around a huge bed of coals on the hillside roasting chestnuts that you can buy in a paper bag for a Euro. 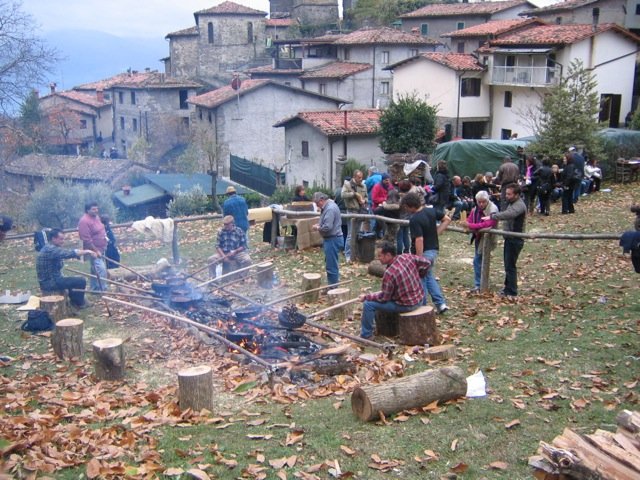 This year winter proper began with the first snowfall at the end of November. Cars topped with skis hastened up my valley to the ski resort of Abetone. One of the best weekends of the year is the first one in December when you can catch the chestnut festival at Castelnuovo and the chocolate festival at Barga at the same time as doing your Christmas shopping in Lucca at Desco — an art, craft and artisan food fair in a 13th-century monastery. You can still pick olives with Claudio and taste the new oil. Artichokes are a winter vegetable in Italy. They’re small, usually without a choke and a beautiful chianti colour. They’re so tender you can eat them raw in a salad or, my favourite, thinly sliced on tagliata, a rare T-bone steak grilled over a wood fire. Cardoons appear now too; a cousin of the artichoke, but instead of eating the flower, you eat the leaf stalks. 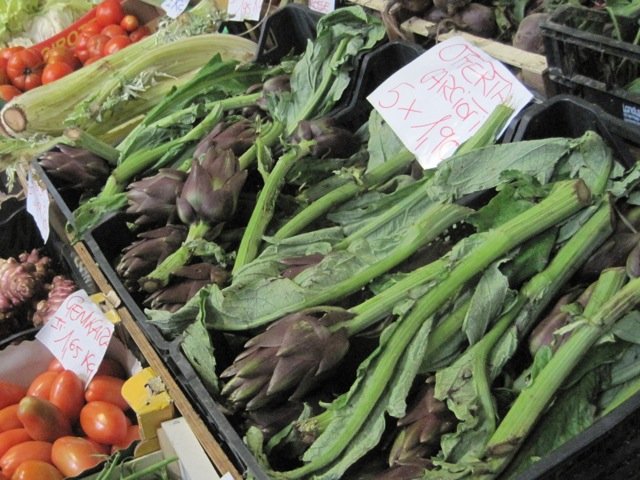 Artichokes & cardoons (at back)

Nearer to Christmas, villages begin staging ‘presepi viventi’, which means ‘living crèche’. You don’t have to be religious to enjoy entering the stone gate of a fortified mediaeval village and finding yourself in another age. You might at first confuse it with Disneyland, but this isn’t a commercial fabrication for tourists. The villagers have worked for days to transform their cellars into artisan workshops where teenage boys make wooden agricultural tools and grannies make lace; the old schoolroom is filled with children dressed up in their grandparents’ childhood clothing writing on slates by candlelight; a street stall is hung with small game; mulled wine simmers over a wood fire and 19th-century bloomers hang on a washing line. In the cobbled streets lit by flares a choir sings accompanied by an accordionist. Several food stalls ensure you won’t go hungry. 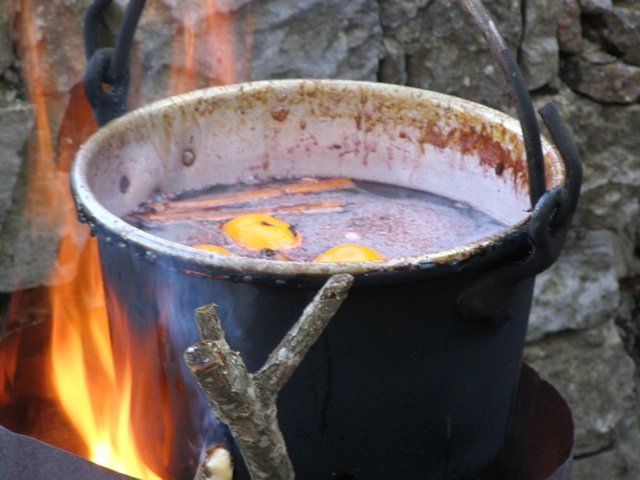 On the night of 5 January or Twelfth Night, the good witch Befana rides her broom delivering presents to children. In my village we process from house to house singing a song about Befana. In return for the presents we bring, the householders give a donation which is used for improvements to the village. December and January were the traditional months for killing the family pig and making prosciutto, salami, sausages, head cheese and blood pudding. It’s still a good time to visit a family butcher and see how father, brother, sisters and son continue to do it in the age-old way. The annual Slow Food soup tournament takes place in January and February. We can join the members of the public who judge six zuppe made by six different cooks on six Saturday nights and then choose the champion in a run-off of the six winners. You can forage for the wild greens that are an essential component of zuppa alla frantoiana and can be found in fields and stone walls from December to March. 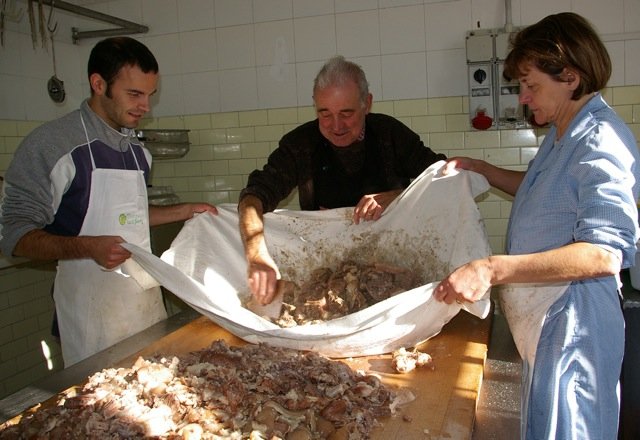 If winter is seeming a bit long and dull by the time February arrives, Carnival soon brightens the scene. Carnival is an important celebration in many countries and is the time to eat up all the feast food prohibited during Lent. People dress up in costumes and dance in the streets. In Italy the Viareggio Carnival parade is second only to Venice. Just a few kilometres from Pisa and Lucca you can spend a day on the passegiata along the seafront watching the political satire floats as they pass by, dressed in costumes or not as you like and eating cacciuco, the famous Viareggio seafood stew. 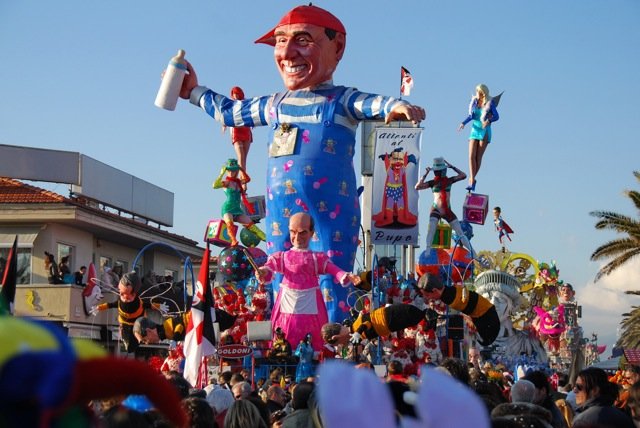 Since Easter is late this year, Carnival spills over into March. Sicilian blood oranges are still in the shops and wild boar stew on restaurant menus, but there’s a hint of spring in the air. We attend an international camelia festival in a village bedecked by red, pink and white 18th-century camelia trees and, surprisingly in this land of coffee, have a tea tasting at the experimental tea plantation. Tea leaves come from Camellia sinensis. Olive oil has been settling since November and is now ready to be bottled and shown off at another village festival. With less chance of snow, we can venture up to the high Garfagnana and learn to bake potato bread in a wood-fired oven with the village baker. 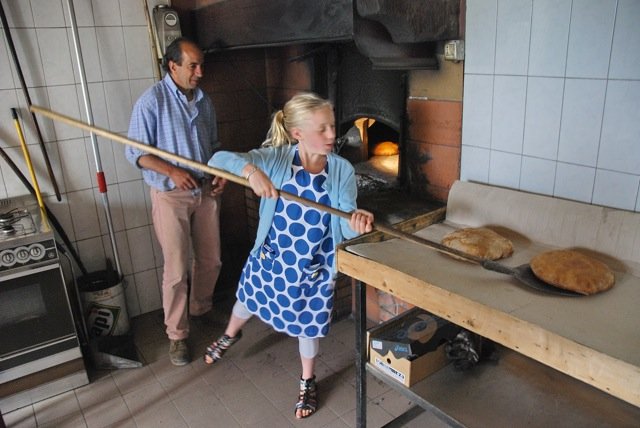 So pack your warm clothes and umbrella and come to Tuscany when it’s really itself.